It seems that investors don't fear the taper...or eventual rate hikes for that matter. Stocks rose Wednesday afternoon after the Federal Reserve announced it was increasing the reduction of its bond purchases, or so-called tapering, to $30 billion a month and also suggested that there could be as many as three interest rate increases next year.

The Dow, which was down slightly just before the Fed's 2 pm ET announcement, was up about 130 points, or 0.2%, to near its highest levels of the day in the first few minutes after the central bank's statement and new economic projections were released.

The S&P 500 and Nasdaq also spiked following the Fed news. The pivot to a more hawkish stance was widely expected, as Fed chair Jerome Powell has indicated that it will do what is necessary to fight inflation. Stocks likely will remain volatile for the rest of the day though, as investors get set to look for more from Powell when he holds a press conference.

The Federal Reserve will wrap up its pandemic-era stimulus program faster and expects to raise interest rates more in 2022 than projected in September.

The central bank, which first announced in November that it was 'tapering' its monthly asset purchases, said Wednesday that it will do so at a faster pace.

This is consistent with what Federal Reserve Chairman Jerome Powell told Congress in late November.

Fed officials now predict the central bank's benchmark interest rate to rise to 0.9% in 2022, up from the 0.3% expectation from September, signaling additional interest hikes.

Market expectations for an interest rate increase are picking up in May next year, according to the CME FedWatch tool.

Tech investors aren't waiting around for Powell to tell us what we already know: The Fed is about to get serious about inflation.

Yet the rest of the market is waiting with bated breath.

Investors pretty much know what Fed Chair Jerome Powell is about to say: The Fed is walking a tightrope, trying to balance an economic recovery in peril with surging prices. Rising Covid cases aren't helping. Neither is the supply chain crisis or a labor shortage.

Yet the Fed believes the economy still has plenty of juice left to squeeze, and it's hinted very strongly that it will speed up its wind-down of pandemic-era emergency stimulus.

That's not such great news for tech companies, which have relied on surging earnings growth to justify sky-high valuations. Higher rates could eat into profit, making value stocks more attractive.

We're just about an hour away from the Federal Reserve's monetary policy update, and investors are anxiously awaiting the announcement.

"I'm certain we will get an accelerated taper," she told CNN's Alison Kosik on the show.

But today will be about more than just how much the Fed will accelerate ending its pandemic-era stimulus program.

"I would pay very close attention to that dot plot," DiMartino Booth said, referring to the Fed's consensus forecast that sheds light on details like interest rate expectations. "We'll see how many [Fed officials] will say that there will be three rate hikes in 2022." 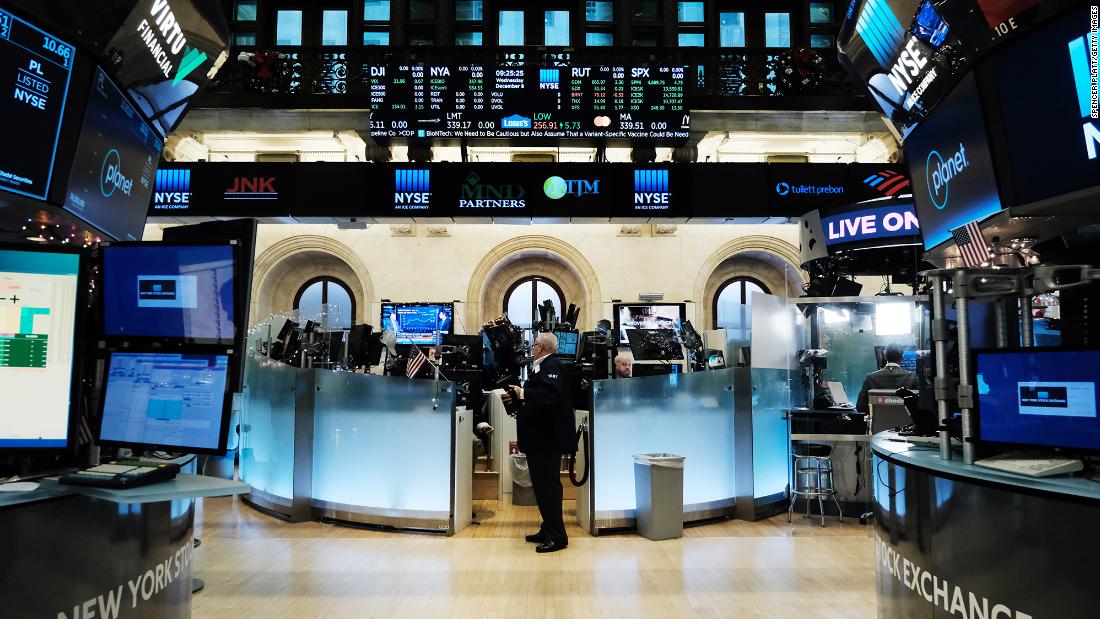 Less than half an hour into the trading day, US stocks have taken a bit of a dive.

Investors are looking ahead to this afternoon's Federal Reserve meeting, where Chairman Jerome Powell is expected to announce that the central bank will step up the pace to wrap up its pandemic stimulus program.

It’s a quiet morning on Wall Street ahead of the afternoon’s Federal Reserve policy update. The central bank is expected to announce that it will roll back its pandemic stimulus at a faster pace.

The Dow, the S&P 500 and the Nasdaq Composite all opened flat.

Even though retail sales missed expectations, some data this morning was better than expected: The New York Federal Reserve's manufacturing index came in a lot stronger than economists had predicted.

As the supply chain crisis drags on, delivery times continues to lengthen though at a slower pace than in November.

Price indexes, meanwhile, declined a bit but remained their record highs, according to the New York Fed's survey. 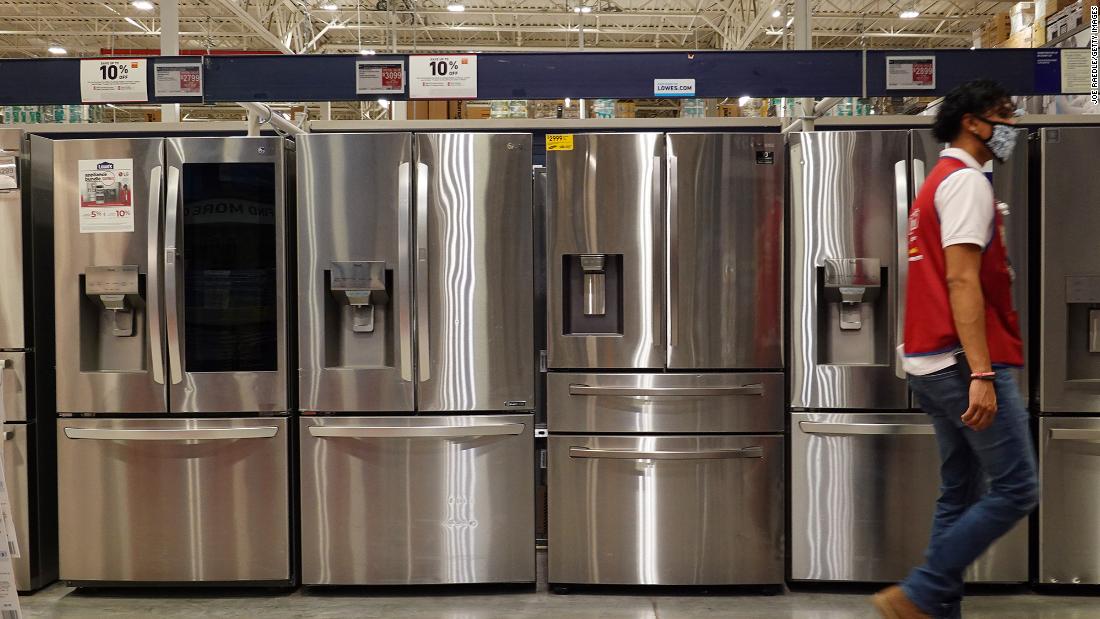 A robust housing market has continued to prop up America's economy. But are consumers finally tapped out? Home improvement retailer Lowe's (LOW) issued revenue and earnings per share guidance for 2022 that was below analysts' forecasts.

Lowe's said that same-store sales, which measure the performance of locations open at least a year, are expected to be flat to down 3% next year. Wall Street had been expecting an increase of 2.1% according to Refinitiv.

Shares of Lowe's tumbled 2% in early trading Wednesday. Rival Home Depot (HD) fell more than 1%. Both stocks have surged in 2021 thanks to the housing boom and strong retail spending. Lowe's shares have soared nearly 60% this year while Home Depot's are up more than 50%. That makes Home Depot the best performing stock in the Dow.

Still, there are growing concerns that consumers may be tapped out. The US government also reported Wednesday that retail sales for November grew at a much slower rate than economists had predicted. That is doubly bad for Lowe's and Home Depot since their success is highly dependent on healthy overall demand for retail and a vibrant housing market.

US retail sales grew by 0.3% in November, a sharp decline from the previous month and less than economists had predicted.

Even so, sales were 16.1% higher than in the same period last year.

Americans have been struggling with rising prices this year, but economists and retail sector experts still believe that the holiday shopping season will be strong.