US stocks set another record

It was a rather quiet day in the US stock market and the three major benchmarks finished mixed. Even so, the S&P 500 managed to close at a new all-time high, surpassing yesterday's record.

The Labor Department's weekly jobless claims report is coming up and it's won't be pretty... again.

Economists expect another 775,000 first-time claims for unemployment benefits in tomorrow, more or less unchanged from the prior week's 778,000 claims. Last week was the second-straight week that initial claims rose.

And these numbers don't yet include claims under the Pandemic Unemployment Assistance program, which provides aid for workers like the self-employed and contractors.

Continued jobless claims are expected at 5.9 million, down from 6.1 million in the prior report. An improvement to be sure, but the decrease in continued claims isn't as good as it looks. That's because workers have been maxing out their state unemployment benefits and have been rolled onto different programs.

Economists and lawmakers have relied on jobless claims data throughout the pandemic because its weekly release schedule is the closest to real-time economic data.

The US Government Accountability Office said Monday that the Labor Department hadn't provided an accurate estimate of the number of Americans claiming benefits. States' backlogs are overloaded with the historically high number of applications, which is contributing to this issue.

On top of that, millions of people may not be receiving the full unemployment payments they are owed, GAO said.

The Federal Reserve's November Beige Book, which came out Wednesday, found that the renewed rise in Covid-19 infections is weighing on the economic recovery.

According to the report, "Philadelphia and three of the four Midwestern Districts observed that activity began to slow in early November as COVID-19 cases surged."

Most of the 12 Fed regions reported modest or moderate economic growth in November, but as economists worry about the fallout of the winter virus surge, it appears that the frail recovery is losing steam. 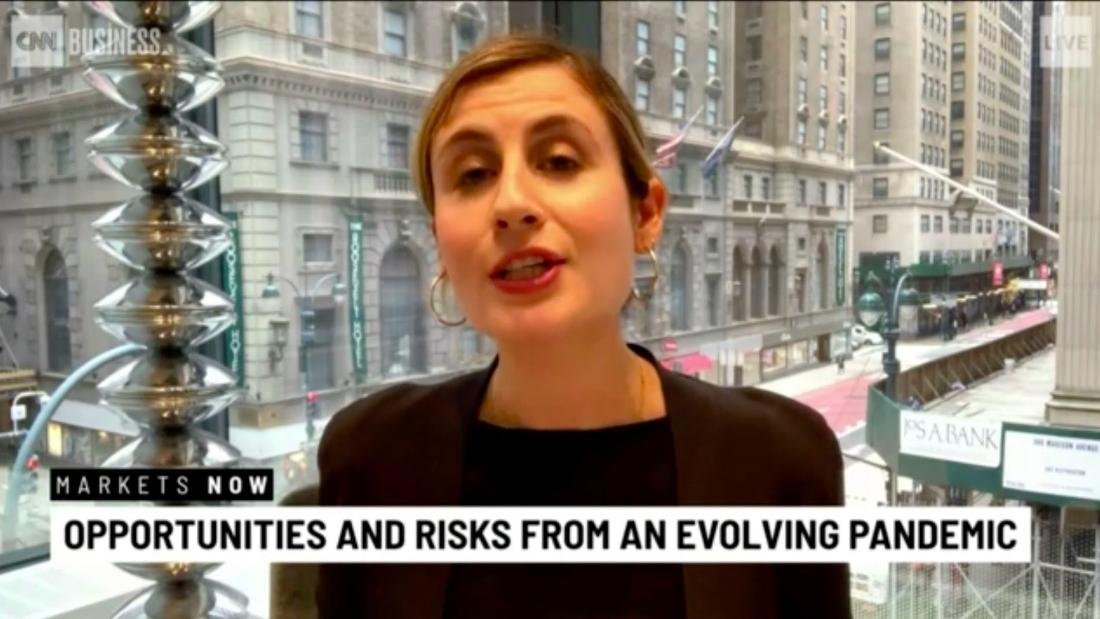 "It's very obvious that the market is looking forward into 2021," she said.

A lot of factors look very promising for next year -- including hopes for an economic recovery -- even if it might not seem like it in this very moment considering the surge in Covid-19 infections around the country, Azzarello said.

The stocks recovery hasn't been broad-based so far, she said, which suggests the market has more room to rally as sectors improve.

As for the incoming Biden Administration, there's not that much for markets to worry about or price in at the moment, she added. 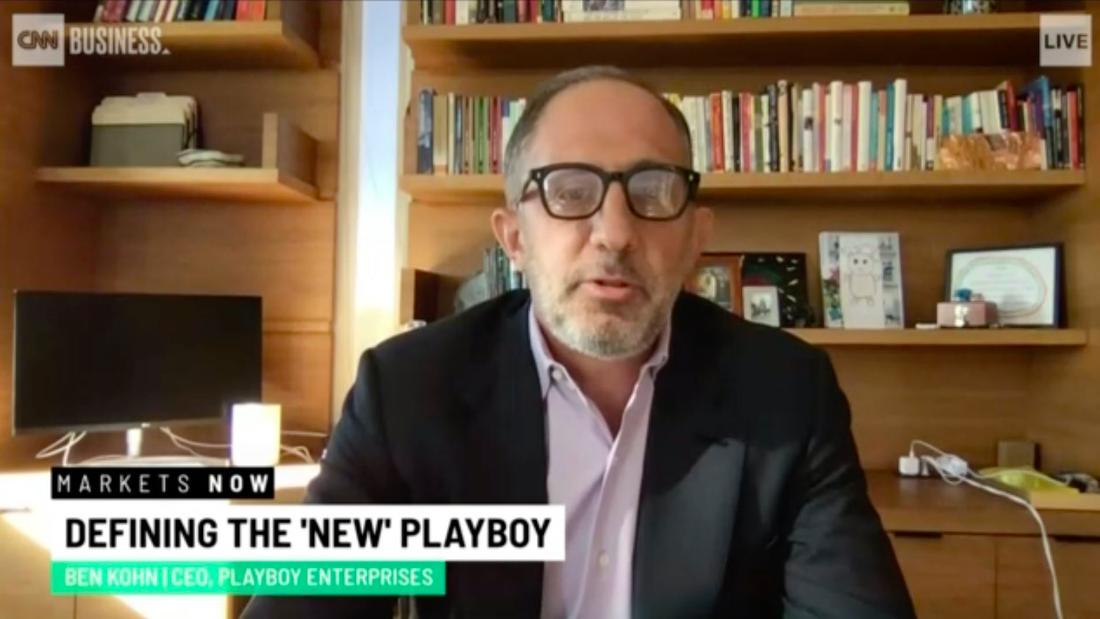 After some 10 years away from public markets, Playboy -- yes, that Playboy -- wants to get back to the market via the vehicle du jour: a SPAC, or special-purpose acquisition company.

Playboy today is a very different company from what it was, Kohn added. The magazine, founded in 1953 and famous for its nude centerfolds, stopped publishing in February.

"The business today is a consumer product company," he said.

And as such, the business makes money on in its direct to consumer, licensing and products units. 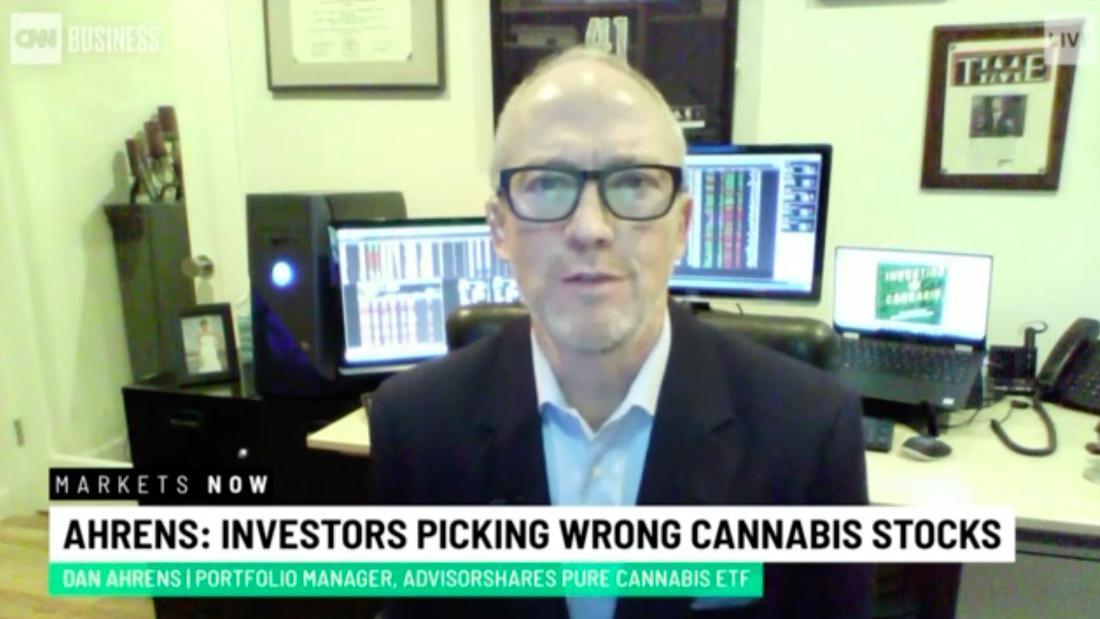 Cannabis stocks continue to be hot stuff for some investors. But that doesn't mean people know what they're doing, said Dan Aherns, portfolio manager for the AdvisorShares Pure Cannabis, or YOLO, ETF.

A lot of investors invest in the wrong stocks," he said on the CNN Business digital life show Markets Now.

"There's a lot of excitement about cannabis in the United States," and that's why investors should refocus on America for their cannabis exposure, not just Canada, where weed is already legalized.

"We have a lot of cannabis reform coming in the US," he added but that won't help the Canadian operators, who don't have licenses to operate in America.

Aherns also doesn't expect a blanket legalization or recreational cannabis under President-Elect Joe Biden's administration, even as laws surrounding it are expected to get reformed.

But he added that state ballot initiatives are actually a bigger deal for the industry. On Election Day, voters New Jersey and Arizona voted to approve legalize marijuana.

It's midday and the stock market is... kinda boring.

Not much to write home about.

Why the boredom? Well, stocks rallied a lot yesterday -- the S&P and the Nasdaq hit new record highs -- so investors might just be recovering a bit from that.

Meanwhile, positive vaccine headlines and rising Covid-19 infections are cancelling each other out.

Earlier today, the ADP employment report missed expectations, which could -- but doesn't have to -- mean that we should prepare for the same to happen in Friday's government jobs report, which is the biggest data point of the week.

Federal Reserve Chairman Jerome Powell is on the hill this week, speaking about the crisis before the House Financial Services Committee today after appearing before the Senate Banking Committee Tuesday.

His message is consistent with what he's been telling us for months: This crisis isn't over and there's a lot of work left to be done.

The job market has improved greatly since April, Powell said. But that doesn't mean we're back to normal.

There are still 10 million people who have lost their jobs. That’s more than lost their jobs in all of the financial crisis 10 years ago," Powell said.

Powell also reiterated that more government stimulus would be helpful "to get us through the winter," as the resurgence of the virus could weigh on economic activity.

US stocks kicked off lower on Wednesday, pulling back after both the S&P 500 and Nasdaq Composite rose to record highs on Monday.

The ADP employment report missed expectations before the open, saying 307,000 jobs were added to the US economy in November. The government’s official report is due on Friday at 8:30 am ET.