Tech stocks are getting all the attention for their monstrous post-election rally -- but don't sleep on health care stocks. The Health Care Select SPDR ETF (XLV) is up more than 5% Wednesday, even better than the tech sector's 4% gain.

One factor of the spike is big surge for Biogen (BIIB), which soared nearly 40% following good news from the FDA about one of its Alzheimer's drugs.

But other Big Pharma firms, biotechs, insurers and other major health care firms were also up. Investors seem to be betting that the election outcome could diminish the chances of a "Bidencare" Affordable Care Act expansion getting approved by what could be a Joe Biden presidency and GOP-led Senate.

"The markets still believe Biden will win but what investors didn't want was a sweep," said Luis Strohmeier, a partner with Octavia Wealth Advisors.

James Ragan, director of wealth management research for D.A. Davidson, agreed: "Health care is doing well since it should benefit the most from a divided government. There would be less legislation." 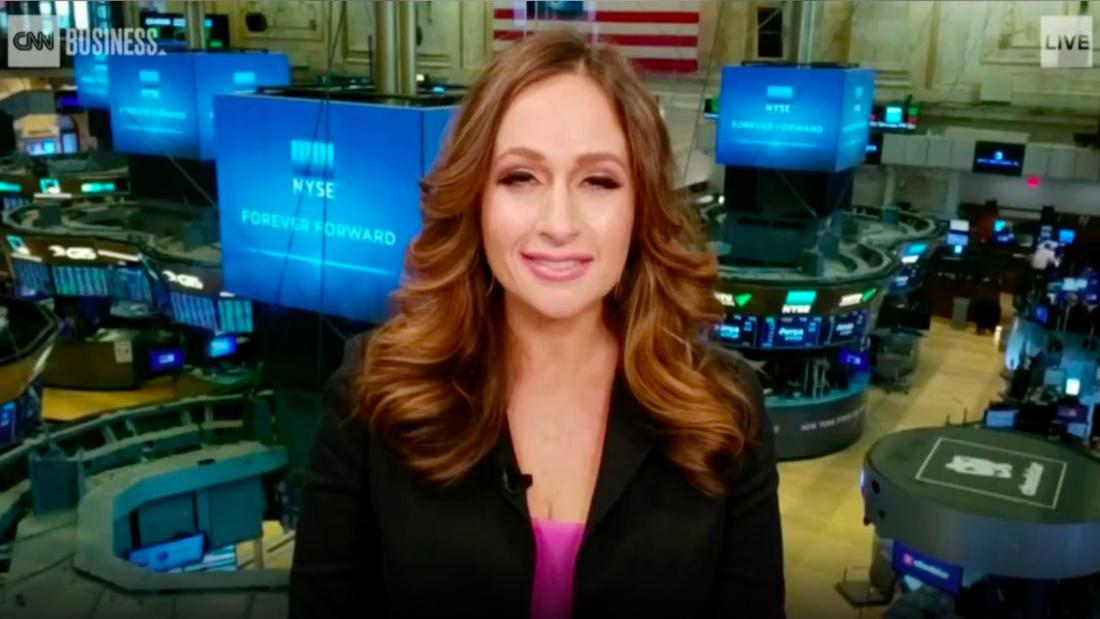 While the election is of course top of mind, it's an exciting day for CNN Business as our digital live show, "Markets Now," is back home. The show returned to its old stomping grounds at the New York Stock Exchange for the first time since the coronavirus pandemic began.

Host Alison Kosik moderated today's show from NYSE for the first time in more than seven months. The last show at the exchange was filmed March 11. 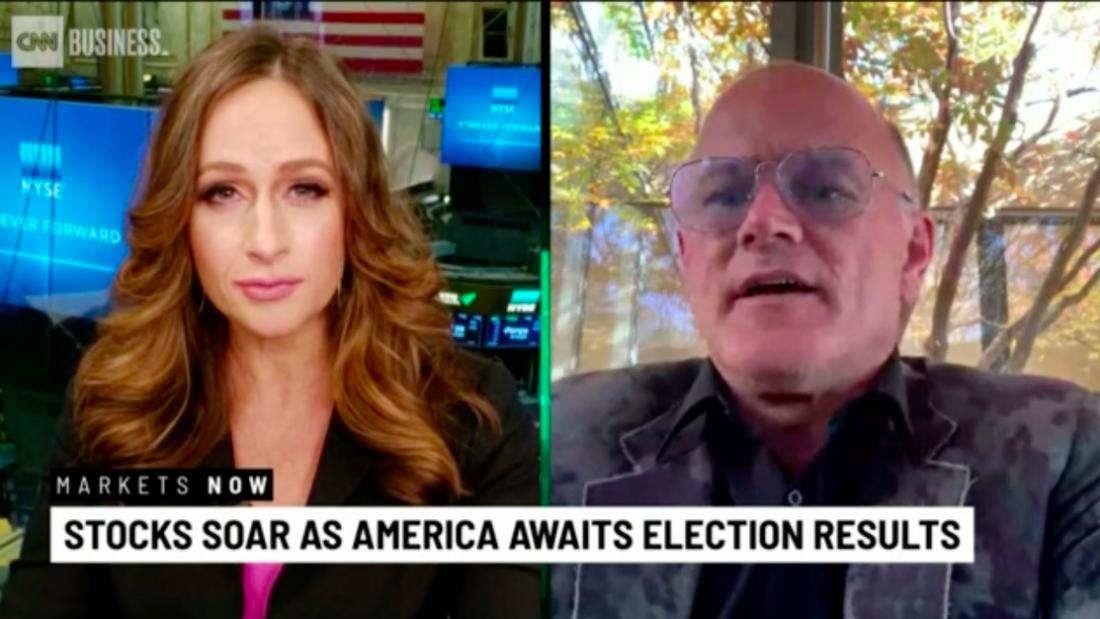 So we got both no results and a massive stocks rally, even though it's exactly what investors referred to as the "nightmare scenario" before the election.

Why is this happening?

We're hitting a sweet spot for the stock market with the likelihood of electing a new president and keeping a conservative Senate, said Mike Novogratz, founder and CEO of Galaxy Digital Holdings on the CNN Business' digital live show Markets Now.

You kind of get the best of both worlds," Novogratz said.

A divided government would mean the tax hikes expected under a Democratic sweep won't happen, but new stimulus money will likely still come through.

"I think it's a bullish sign for markets," Novogratz said.

This is particularly true for tech stocks, which are rallying strongly today. 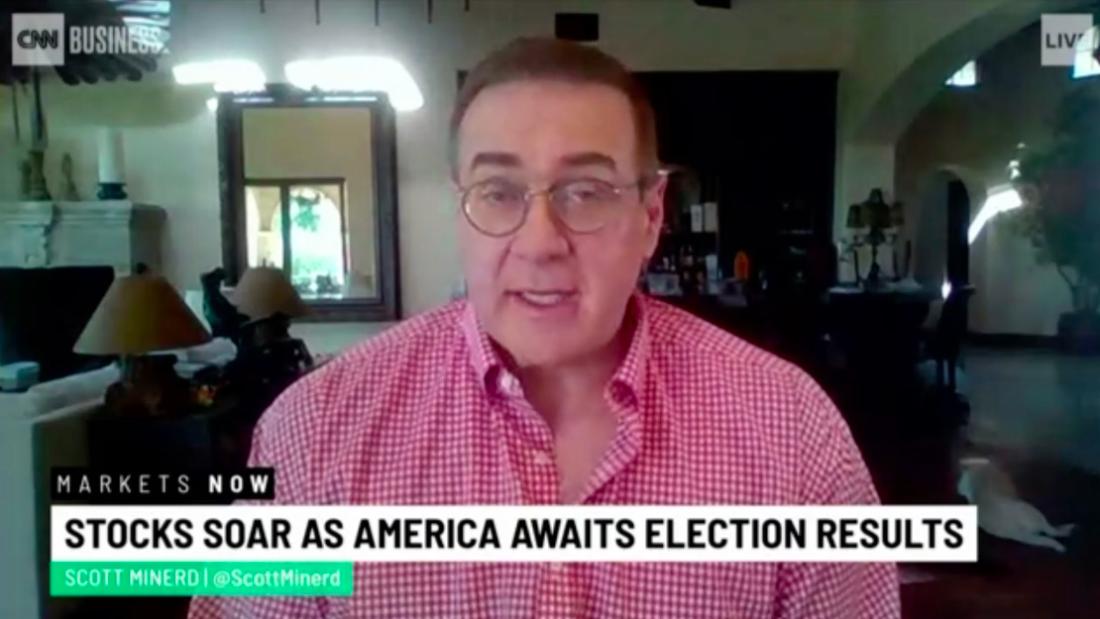 Financial markets are not reacting the way experts thought they would today. Stocks are rallying in spite of the delayed outcome in the presidential race while traditionally safe investments are headed lower.

For example, US Treasury yields, which were up overnight when the market was still betting on a blue wave, have reversed, said Scott Minerd, global chief investment officer at Guggenheim.

But now the market is hoping for a Republican Senate and a Democrat in the White House, and that's helping markets today, because it will make for moderate policy and "put the brakes on the Green New Deal and a lot of other programs," Minerd said.

As a result, "six months from now, stocks should be higher than they are today," he said. 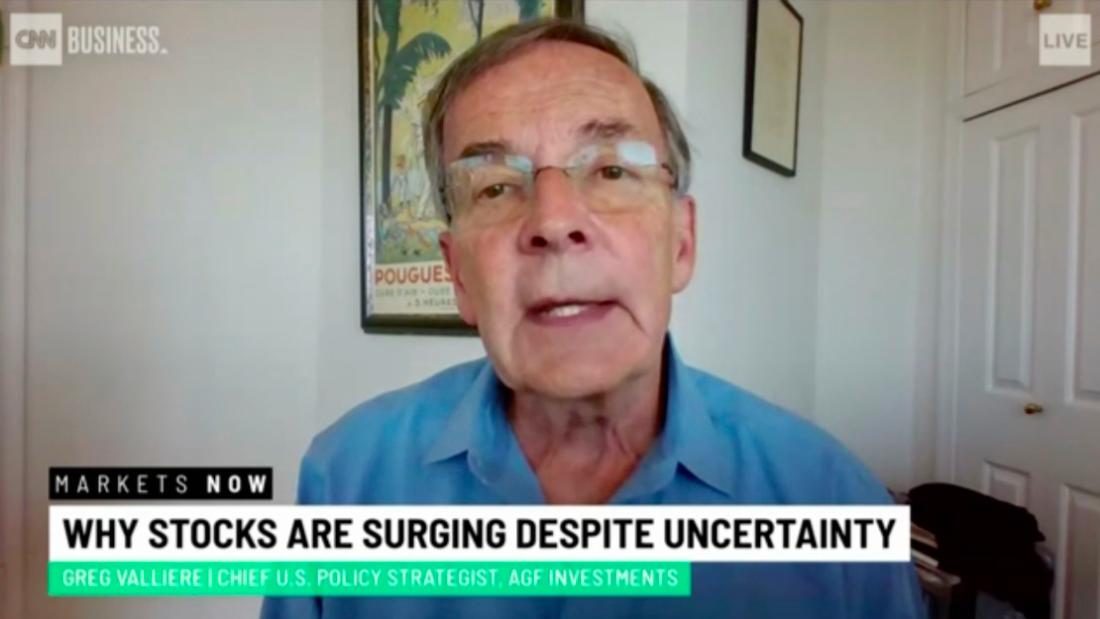 We still don't have a result for the election, but stocks are rallying anyway.

We have an environment where we have some gridlock, and I think the market thinks gridlock is a positive thing," Greg Valliere, chief US policy strategist at AGF Investments, told Alison Kosik on the CNN Business' digital live show Markets Now.

But the gridlock he refers to isn't the uncertainty about who will take the White House, but rather the likelihood that the Republican party will keep control of the Senate, while Joe Biden could become the next President.

For the market, this might mean moderate outcomes on the whole, and that's a positive.

"For the market, the threat of big new tax increases has dissipated," Valliere said.

Will it be same as it ever was for the tech giants, no matter who wins the election? The political talking heads might still be trying to figure out the election results -- but some of the Nasdaq's top stocks are rallying nonetheless.

The stocks of all five FAANGs -- as well as Microsoft (MSFT) -- were up between 4% and 8% in midday trading Wednesday. Tesla (TSLA) was not taking part in the post-election rally, with shares trading flat.

This magnificent seven of the Nasdaq is now worth about $7.9 trillion combined -- even though Trump has often been at odds with Big Tech over issues like immigration, tariffs and the president's complaints about the growing competitive clout of some of these companies.

Four years ago, this septet had a collective market value of just $2.4 trillion.

This rally just won't stop. It's making us wonder what might happen when we finally have a winner of the election...

But for now, we don't, and the market is on fire.

The stock market rally is still in full swing at midday. The Dow has now gained more than 700 points, or 2.7%. Phew.

Experts' views are divided about why the market is shooting higher. Part of it might be that a delayed election outcome was already priced in, as well as continued odds in favor of a Joe Biden win in the betting markets.

Growth stocks have been doing well under the Trump administration, so another term could serve them well.

Meanwhile, either next administration would likely pass another stimulus bill.

"Overall, investors should stay patient as the vote count continues and recognize that markets may be volatile along the way," analysts at Columbia Threadneedle Investments said in a note. T-Mobile (TMUS) will pay a $200 million fine to the US government after its subsidiary Sprint was caught claiming federal telecom subsidies it wasn’t eligible to receive.

The fine, announced Wednesday by the Federal Communications Commission, caps an investigation into Sprint’s conduct from before it merged with T-Mobile earlier this year. It is the largest fixed-amount penalty to be paid in FCC history, the agency said.

The investigation found that Sprint had claimed benefits from the US government’s Lifeline program to help cover the costs of phone and broadband service for as many as 885,000 subscribers. But in fact, those subscribers were not eligible for subsidies under the program because they were considered non-users of Sprint’s service, meaning they had not used the service in at least a month.

The Lifeline program provides eligible low-income households a $9.25 monthly credit through their telecom carriers. The discount may be used to defray the costs of cellphone or home internet service.

Lifeline is key to our commitment to bringing digital opportunity to low-income Americans, and it is especially critical that we make the best use of taxpayer dollars for this vital program,” FCC Chairman Ajit Pai said in a statement.