US stocks hover near record territory

Top US tech stocks were up Wednesday, as Google parent Alphabet (GOOGL) surged to an all-time high thanks to solid earnings. The company is now worth nearly $2 trillion.

Stocks are trading near record high levels, but one Wall Street pro thinks the market momentum can continue thanks to healthy corporate profits.

Many blue-chip companies have reported strong financial results — and Belski thinks the US stock market should "continue to pace the global earnings recovery" well into 2022 and 2023.

Belski isn't worried that the Federal Reserve is going to end the Wall Street party ever. Even though many investors are worried about inflation right now, Belski said eventual interest rate hikes from the Fed will take longer than the market thinks.

He also said investors shouldn't be too worried that rates, now near zero, will go up all that dramatically.

"We are coming from excessively low levels...crisis levels," Belski said. "Higher rates are a good thing. It shows the economy can stand on its own two feet."

Belski said investors should have a diversified mix of stocks but that they shouldn't abandon high growth techs just yet. However, he said he doesn't recommend owning all of the top companies in the sector.

For example, he likes Google owner Alphabet (GOOGL) but does not own Facebook (FB) or Tesla (TSLA). Belski added that there are better ways to invest in the electric car industry than Tesla. His picks: copper company Freeport-McMoRan (FCX) and chip giant Nvidia (NVDA).

There are just four days until Halloween. And Steven Silverstein, CEO of retailer Spencer Spirit Holdings, is very excited.

Silverstein told Alison Kosik on CNN Business' "Markets Now" live stream that "there has definitely been a surge" in demand for costumes and other Halloween goods. He chalks that up to pent-up demand given that many people didn't celebrate the holiday last year due to Covid concerns.

Silverstein said that the National Retail Federation is forecasting a 20% increase in Halloween related sales from a year ago. That's despite supply chain woes that are impacting the entire retail sector.

"Supply chain issues were a bear and not something we'd seen before," Silverstein said, noting that the company normally prepares well in advance for Halloween but that this year, Spirit doesn't expect to receive all the merchandise it has ordered until just days before the 31st.

Shoppers have been understanding, Silverstein said.

"Customers are aware that there are interruptions," he said. "People are a little more forgiving than normal. It's been a nuisance but ultimately we will get to the finish line,"

Silverstein also noted that the company is bringing back a large number of seasonal "gig economy" workers to its stores. Competitive wages and retention bonuses have helped Spirit hire about 25,000 workers.

As for this year's hot costumes, Silverstein said that inflatable dragons and dinosaurs are big sellers. So are pop culture characters like Beetlejuice and Corpse Bride. And some revelers apparently like to show that they are what they eat: Flaming Hot Cheetos costumes are in high demand.

Bitcoin prices have slid from their record highs. But Tad Park, CEO and founder of Volt Equity — an exchange-traded fund firm that is preparing to launch a crypto ETF — is still predicting big gains ahead for digital currencies.

"This is the start of a lot larger movement," Park said, adding that his firm's ETF will own shares of companies with ties to bitcoin as opposed to the cryptocurrency itself.

Park said that while new bitcoin ETFs that own bitcoin futures will be good ways to track the crypto's price, his fund is meant to capitalize on the fact that many big companies will benefit from greater adoption of crypto.

Park thinks bitcoin will resume its rally and could hit $100,000 this year, but he warns "it will be volatile and it is subject to very sharp crashes." He also thinks investors are better off staying away from meme cryptos like dogecoin and shiba inu coin.

"This is not just a joke. This is a new asset class," Park said. 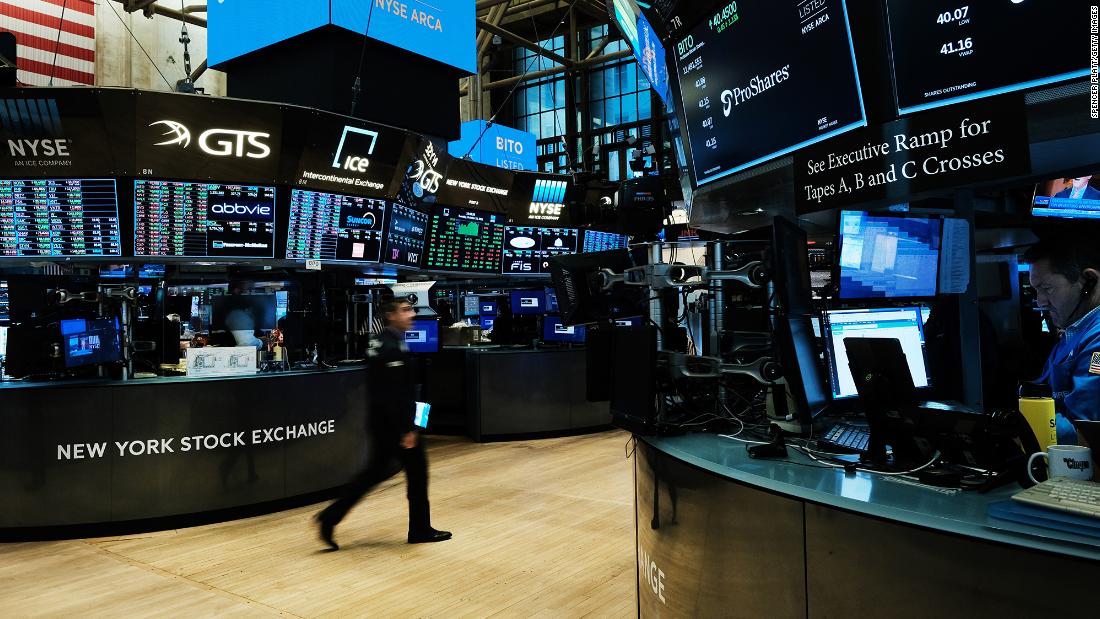 Same-store sales rose 14.6% compared to the same time period in 2019. The fast food chain credited the continued strength of its new chicken sandwiches, a celebrity meal deal with singer Saweetie and the nationwide expansion of its loyalty program for the improved sales.

McDonald's stock is up more than 10% for the year.

From supply chain chaos to worker shortages, America's economic recovery ran into some serious challenges in the third quarter of the year.

Economists polled by Refinitiv expect that between July and September America's economy grew at the slowest pace since the recovery began — an annualized rate of 2.7% — and a massive step down from the 6.7% rate in the spring.

At 2.7%, the pace of US gross domestic product growth, the broadest measure of economic activity, would pretty much be where it was before the pandemic. The growth rate in the third quarter of 2019, for example, was 2.8%.

So it's not ... terrible. It's just bad news by recovery standards.

After stocks closed at record highs, they are slightly lower in premarket trading.

What a difference a month makes.

Stocks sank in September on worries about inflation, the rise of the Covid-19 Delta variant, China's crackdown on top tech firms and Washington gridlock potentially killing the chances that President Biden's stimulus package gets passed.

Tesla (TSLA) shares are soaring, lifting the company's market value above $1 trillion to another new peak. The stocks of Dow components Microsoft (MSFT) and Salesforce (CRM) and chip giants AMD (AMD) and Nvidia (NVDA) also are at their highest-ever levels.

Investors are so giddy that they might be almost bordering on complacency.