The US stock market finished in the red on Wednesday. Healthcare and consumer stocks were among the worth performers.

Time is running out for a stimulus deal before the election, which is a mere 20 days away. Treasury Secretary Steven Mnuchin said Democrats and Republicans “still remain far apart” on some issues during a virtual interview at the Milken Institute’s Global Conference.

Another week, another jobless claims report.

And just like in recent weeks, we're expecting a very modest improvement from the previous report. Economists polled by Refinitiv think 825,000 Americans filed for first-time unemployment benefits last week. That would be 15,000 fewer claims than the week before.

Sure, that's an improvement. But if that's the pace we're at, it's going to take a long time to get back to pre-pandemic claims levels around 200,000.

Continued jobless claims, which count workers who have filed for benefits for more than two weeks in a row, are expected at 10.7 million -- compared to just below 11 million in the last report.

But economists are worried that one reason continued claims are declining could be that people have maxed out their benefit allowance (up to 26 weeks of aid) and are instead moving onto other government aid programs. One such program is the Pandemic Emergency Unemployment Compensation, which provides aid for another 13 weeks.

So if claims numbers go down for the wrong reasons, it would be a bad sign. 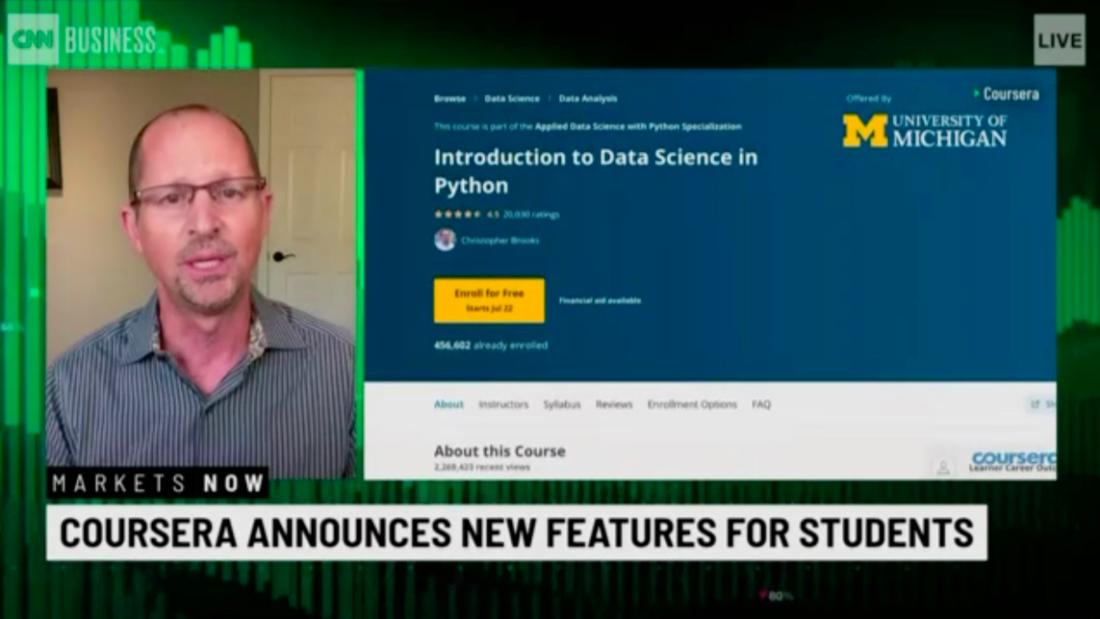 University life and learning has changed massively in the Covid-19 pandemic. Online learning platform Coursera is aiming to fill that gap.

"We were pretty lucky. We have some of the leading universities as partners," Maggioncalda said. 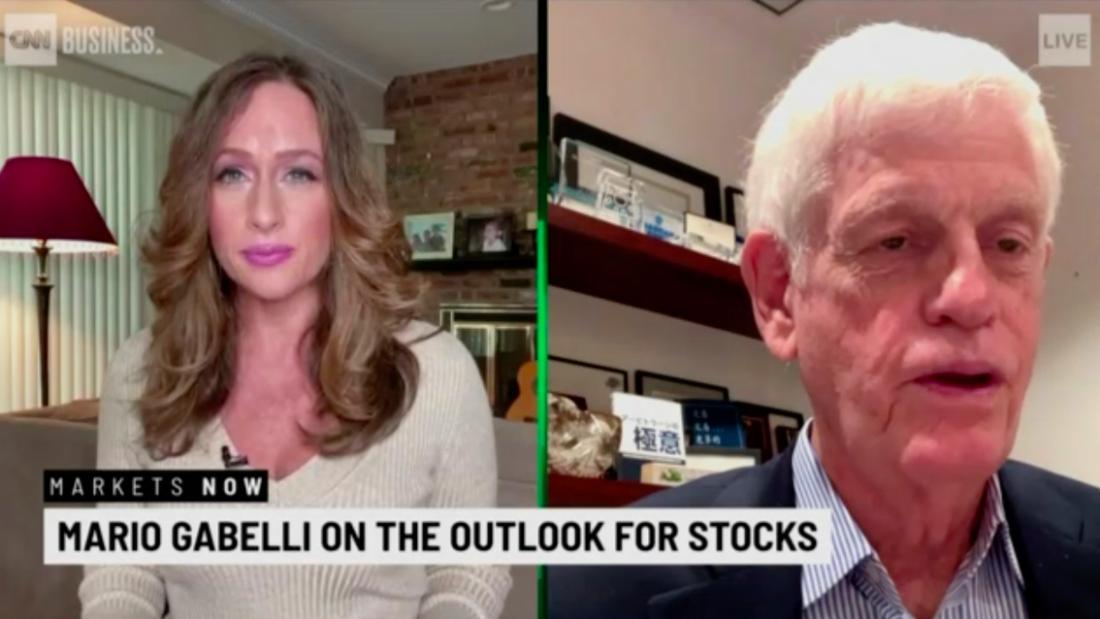 Wall Street Veteran Mario Gabelli, chairman of Gabelli Funds is confident we will ultimately get a vaccine against Covid-19.

"We assume that a vaccine will come," he said on the CNN Business digital live show Markets Now.

The 2021 economy could include strong positive revenues for companies in the S&P 500, even though gross margins will narrow and tax rates will go up, Gabelli said.

"There are sectors that we think will be vibrant for 2021 and 2022," Gabelli added, such as autos and infrastructure, as well as environmental businesses.

No matter who wins the US presidential election in less than three weeks, the winner will have their work cut out for them, said S&P Global US chief economist Beth Ann Bovino.

Jobs will be the main issue, Bovino said during an S&P event previewing a forthcoming report comparing the candidates' economic policies.

As of September, America was still down 10.7 million jobs compared to February.

Even though the rebound has so far been stronger than expected, S&P's economists expect a slow recovery going forward.

It will take time to getting everyone back to work who lost their jobs thanks to the pandemic.

Stocks are now in the red across the board after starting the session modestly higher.

The Nasdaq Composite is down 0.8%.

Investors are weighing surprisingly strong earnings from JPMorgan and Goldman Sachs, with less-than-stellar financial reports from Bank of America and Wells Fargo.

Also, two Covid-19 vaccine trials were halted because of safety concerns. And hopes for a stimulus deal seem to fade every day that passes before the election.

President Donald Trump, speaking during his web appearance before the Economic Club of New York, said he wants to turn America into No. 1 manufacturing power in the world.

Well, that's a bit awkward because looking at manufacturing employment alone, the sector has been in secular decline for some 40 years. Employment in the sector was at its highest in 1979, with 19.6 million jobs. Since then, they have more or less steadily declined. One reason for that is automation and robots taking over human jobs.

Manufacturing was hit very hard during the Great Recession starting in 2008, and sector jobs are still not back to where they were in 2007. That's in part why we've seen rather steady job growth in the sector over the past decade — until Covid hit. It's a cycle within a cycle.

But there's yet another layer: In the second half of 2019, America's factories fell into a downturn, driven by weaker global demand on the back of the trade war between the United States and China. They emerged at the start of this year, just in time for the pandemic to hit and put a damper on everything.

President Donald Trump once again took aim at the recovery from the Great Recession that happened under the Obama administration versus how he's handling the pandemic recession.

First, some context: The current recession has caused the biggest loss of jobs ever on record, with more than 22 million jobs vanishing during the spring lockdown. Since then, about half of those lost jobs have resurfaced as the economy reopened. But as of September, the US economy was still down 10.7 million jobs compared to February.

Meanwhile, under Obama, fewer than 9 million jobs were lost between January 2008 and February 2010 -- the peak and trough for employment -- following the financial crisis.

With the election less than three weeks away, President Donald Trump said today that Americans must choose between prosperity and a steep depression

"Simply put, it's a choice between a socialist nightmare and the American dream," Trump said during a webinar appearance before the Economic Club of New York.

After ECNY officer Mike O'Neill invited Trump to present his economic agenda for the next four years, citing a list of the president's economic achievements during his time in office, Trump opened with, "I have nothing to say. I think I can leave right now."