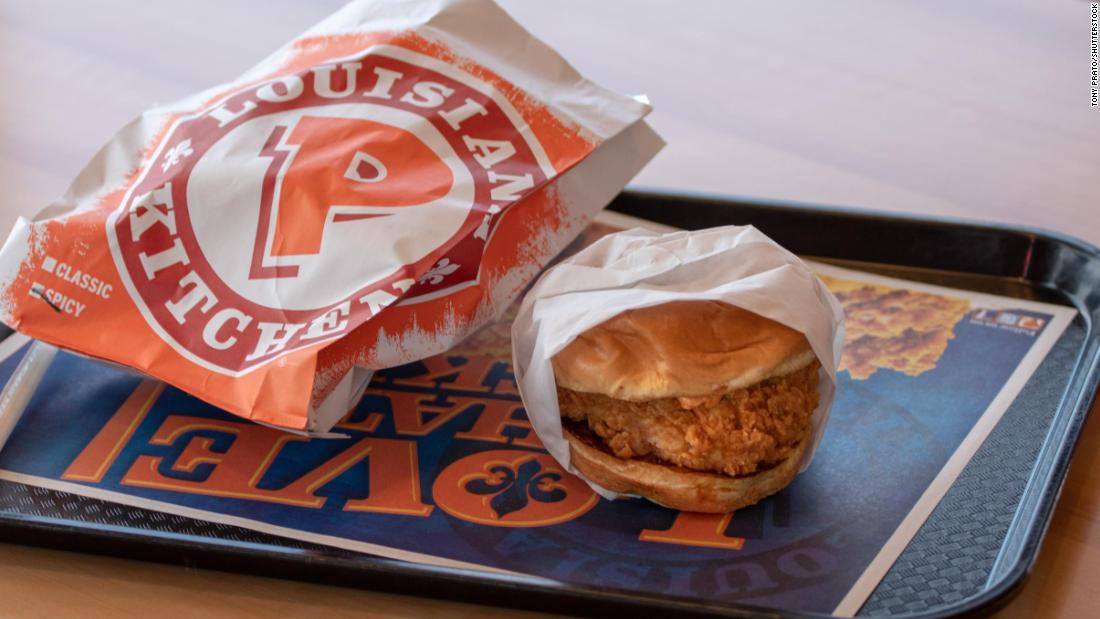 Here's what global same-store sales are for the three months ending September 30:

Popeye's has had strong sales since rolling out its popular chicken sandwich last year.

The bank's sales of $20.3 billion, were 11% below last year's third quarter revenue.

The company's shares fell more than 2% in premarket trading.

Its net profits totaled $4.9 billion, down nearly 16% from the same period last year.

All business units aside from global markets brought in less revenue and net profit in the third quarter. 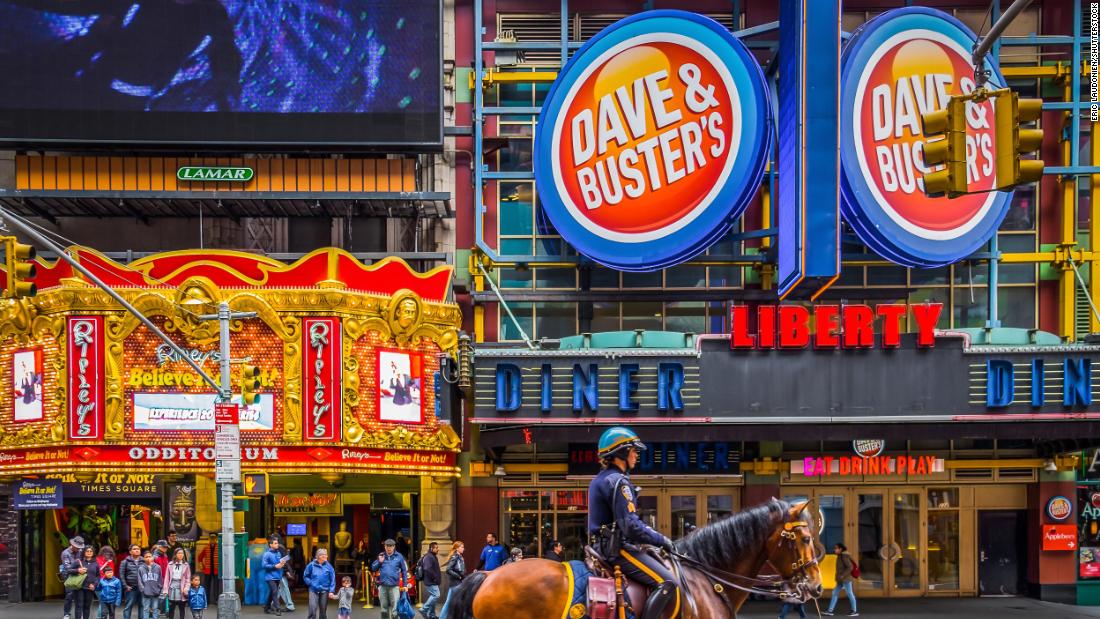 Dave & Buster's (PLAY) said in a business update that same-store sales are "steadily" improving, although they're still pretty brutal.

"After declining 87% during the second quarter, comparable store sales declined 75% in August and 62% in September," according to a release from the entertainment chain.

Approximately 70% of its outlets have reopened following closures because of Covid-19.

Goldman Sachs has benefited from the explosive rebound in the stock market since March. Revenue for its trading unit rose solidly and Goldman Sachs also generated solid gains in sales from its asset management business as well as a healthy jump in stock underwriting fees thanks to the boom for initial public offerings.

CEO David Solomon acknowledged in a press release that we're will in "a very uncertain environment" due to Covid-19 but added that "as our clients begin to emerge from the tough economy brought on by the pandemic, we are well positioned to help them recover and grow, particularly given market share gains we’ve achieved this year.”

Goldman Sachs is also growing more hopeful that the economy will rebound next year even as many experts worry that a more tepid recovery is in store. The company said in a slide presentation that it expects the US economy to grow 5.8% in 2021 following a 3.4% contraction this year.

The sales will raise $240 million. The company brought in a new CEO in January and announced a plans to restructure in February, just before the Covid-19 pandemic shook the retail industry.

Among its turnaround efforts are plans announced in July to close about 200 stores -- mostly Bed Bath & Beyond brand locations-- over the next two years. At least 63 of the stores will close by the end of the year. Most of the stores were money-losing locations. It also cut 2,800 jobs in August, about 5% of its workforce.

The company recently reported a profitable second fiscal quarter with net income of $218 million, compared to a net loss of $139 million in the year-earlier period.

Shares of Bed Bath & Beyond were little changed following the after-hours announcement Tuesday. 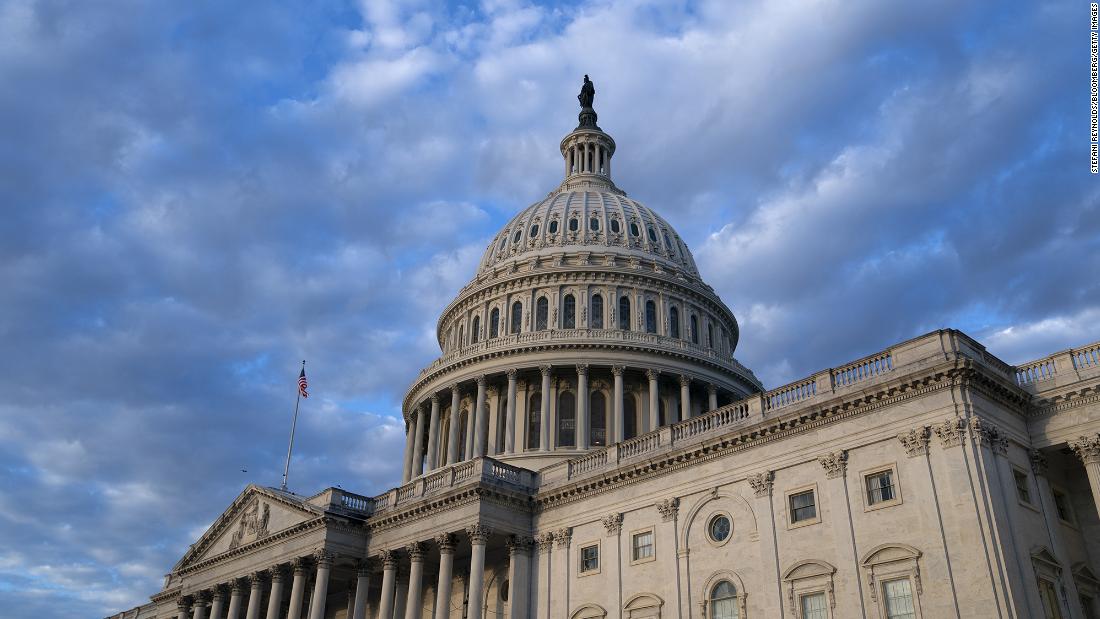 An E-Trade survey of "experienced investors" think that President Donald Trump winning next month's presidential election over Joe Biden would be better for the markets — but barely.

The results show an almost even divide with 50% investors thinking a Trump victory is better for markets compared to 44%, while 6% said neither.

That's a slightly different point of view from Goldman Sachs (GS), which said in a recent report that a "blue wave would likely prompt us to upgrade our forecasts" and be good for the markets.

It's true that if Democrats sweep into power early next year, it would likely translate to higher taxes and regulation. Such a reversal from the Trump agenda could eat into corporate profits and the earnings for affluent families.

But Biden is also promising a bonanza of government spending that, coupled with extremely low interest rates, would likely speed up the economy.

Investors shrugged off another delay in a Covid-19 vaccine trial, focusing instead on bank earnings. Both Johnson & Johnson and Eli Lilly halted their vaccine trials after at least participant became unexpectedly ill.

Wall Street closed in the red on Tuesday after trading mixed for most of the session. 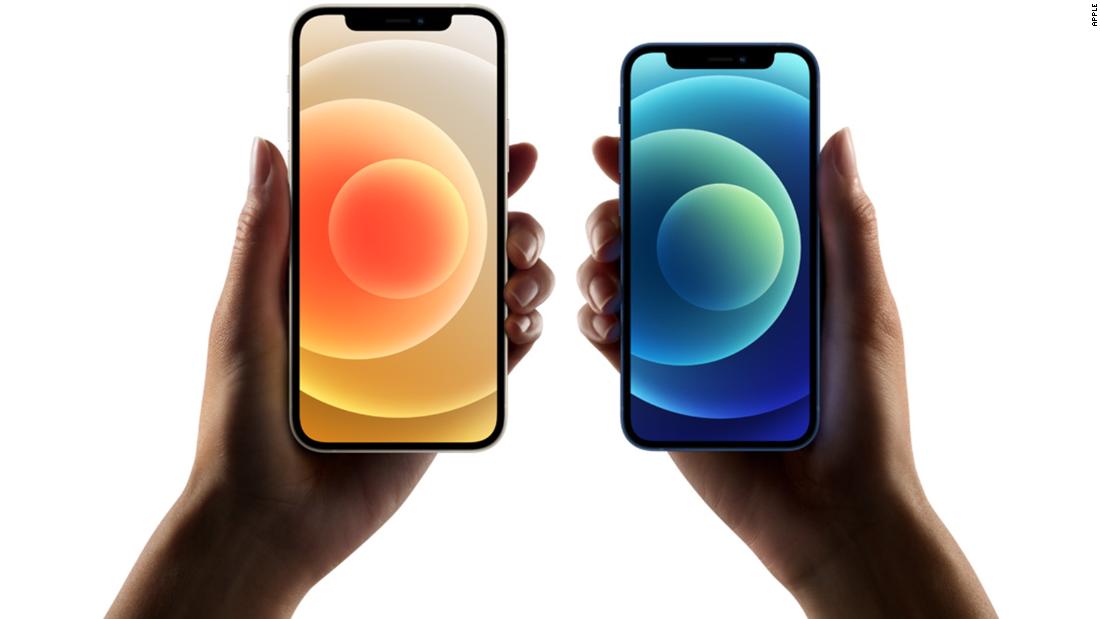 Apple (AAPL) announced the iPhone 12 in a virtual event on Tuesday. The various models are 5G-equipped, meaning they can connect to the next-generation high-speed wireless networks.

Apple will be hoping that its historically loyal user base will continue to shell out the big bucks to upgrade, even as the coronavirus pandemic continues to ravage the economy and forces millions to stay home.