The Bureau of Economic Analysis published its third look at US gross domestic product -- the broadest measure of the economy -- this morning and revised just how bad things were between April and June.

In a nutshell: They were ever-so-slightly better, but still really terrible on the whole.

The GDP collapse was revised to a seasonally-adjusted annualized -31.4%, from -31.7% before. This slight improvement was due to higher consumer spending.

The US economy was in a recession this year, defined as two consecutive quarters of GDP contractions. The first estimate of third-quarter GDP growth is due on October 29, and economists expect a sharp rebound -- which would spell the end of the technical recession, even if the economy isn't recovered fully.

Shares of Palantir, the secretive data analysis company, and Asana, which makes workplace software, are due to start trading on the New York Stock Exchange today.

Each is doing so by directly listing shares rather than through a more traditional initial public offering or super-trendy blank check merger. It's an unconventional method that's only been utilized by two other major companies, Spotify (SPOT) and Slack (WORK).

The market value of Palantir, which will trade under the ticker symbol of "PLTR," is expected to be in excess of $20 billion when it begins trading.

Asana, which will have the ticker "ASAN" market cap will be worth more than $5 billion.

Why go public this way? Going public via direct listing tends to be quicker and involves less scrutiny, since firms are just selling existing shares. It also allows longtime investors to cash out without a flood of new shares diluting the value of their holdings.

This could shake up the IPO market. Depending on how successful these debuts are, there could be more companies choosing to go public this way going forward — especially if private firms are given the green light to raise new money from direct listings as well, as not all startups are able to simply list existing shares. Some may want to still raise funds.

The market is watching. Once shares list, investors will closely watch how they perform in early trading. Asana, in particular, could benefit from huge enthusiasm for software companies as the pandemic drags on.

It's jobs week and investors and economists alike are anxiously awaiting Friday's report. But before we get the government numbers, we got the ADP employment report this morning, showing 749,000 jobs added in September on a seasonally adjusted basis.

This was up from only 481,000 jobs added in August. Mind you, the government jobs data looked quite different last month, with 1.4 million jobs added according to the Bureau of Labor Statistics. It's a good reminder that the ADP number is no forecast for the jobs report.

Large businesses and medium-sized businesses added the most jobs -- 297,000 and 259,000, respectively -- the ADP report showed. Small business employment is lagging behind, which isn't a great sign for the health of the recovery.

In terms of industries, trade, transportation and utilities, as well as manufacturing, added the most jobs.

The government's jobs report is due on Friday -- economists expect 850,000 jobs added in September. 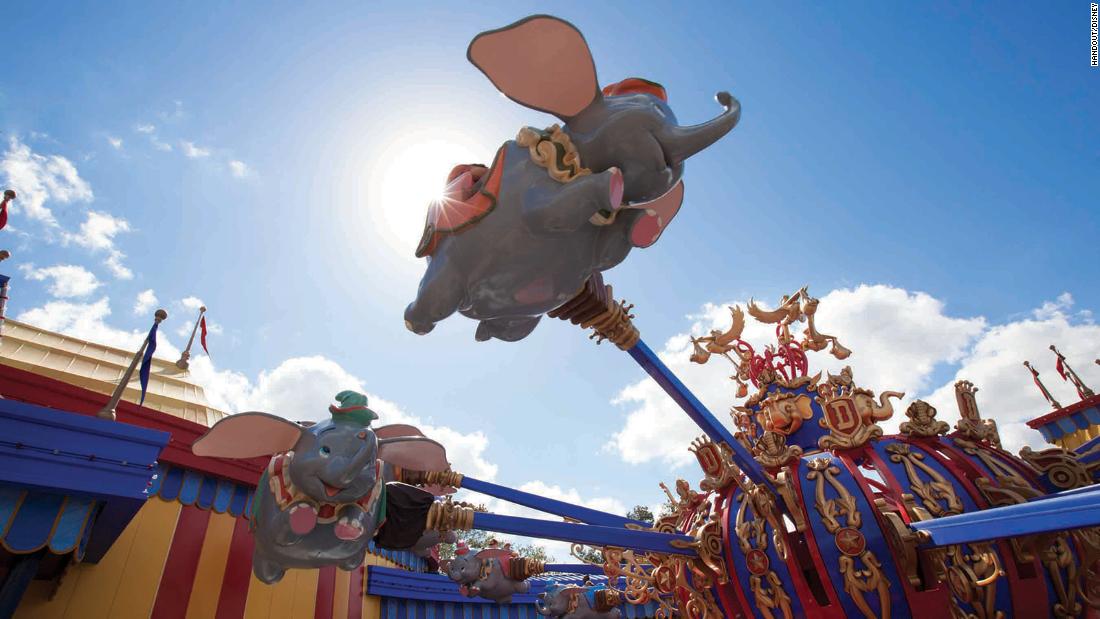 Economists warned that layoffs could jump again this fall as government support for businesses wanes and the pandemic continues to hit vulnerable firms.

Those predictions appear to be coming true, with top companies in industries most affected by the coronavirus announcing fresh job cuts this week.

The latest: Disney (DIS) is laying off 28,000 people in the United States as the pandemic hammers its parks and resorts business. Royal Dutch Shell (RDSA), meanwhile, said Wednesday that it will will slash as many as 9,000 jobs as it accelerates a shift away from fossil fuels.

The huge slump in demand for oil and gas caused by Covid-19 restrictions is pushing some of Europe's biggest energy companies to speed up a shift to cleaner fuels. In June, Shell wrote down the value of its assets by as much as $22 billion and cut its oil price forecasts.

Tens of thousands of airline jobs are also at risk this week.

US airlines promised to keep on workers until October 1 when they accepted federal bailout funds earlier this year. That prohibition ends Thursday. Some carriers say they'll hold off on layoffs, at least temporarily, while they see if Congress can come together to pass a new stimulus package, but others could start cutting jobs immediately.

The collapse in air travel caused by the pandemic could wipe out up to 46 million jobs worldwide, according to a new report from the Air Transport Action Group. 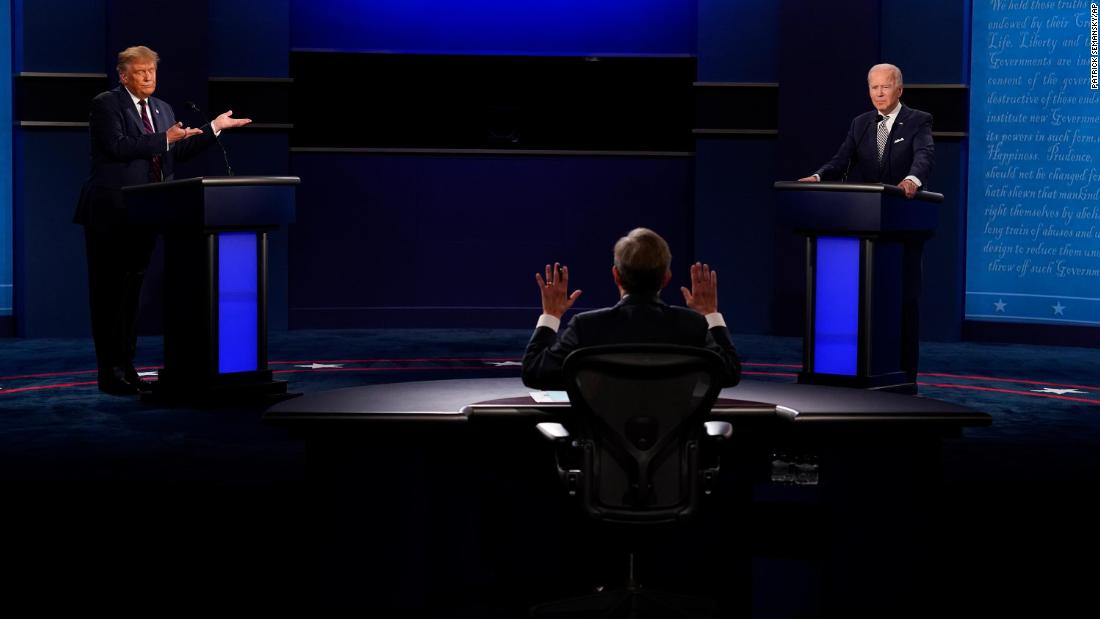 Wall Street is increasingly concerned that uncertainty surrounding the outcome of the US election in November could roil markets. The debate between President Donald Trump and Joe Biden on Tuesday did little to assuage those fears.

What's happening: Stocks are lower following an acrimonious and chaotic debate between the two candidates, during which Trump repeatedly interrupted his opponent and failed to engage on questions of policy.

Investors have been particularly worried by Trump's refusal in recent days to commit to conceding the election if he loses. That could lead to a long period of uncertainty after voters cast their ballots.

On Tuesday, Trump repeated baseless claims about the proliferation of fraud tied to mail-in voting, and declared he wouldn't support a result under certain circumstances.

It's the kind of comment that's causing traders to rush to hedge some bets in case markets go haywire around the election.

"Market participants are concerned that Trump will not leave peacefully if he loses the election, bringing political risks to the fore," Axi market analyst Milan Cutkovic said.

A chaotic presidential debate sent stock futures tumbling this morning, after President Donald Trump reiterated that he would not necessarily accept the election results and refused to quell potential unrest that could ensue. Meanwhile, coronavirus cases continue to escalate, yet Trump cast doubt on masks' effectiveness and said he wanted to quickly open parts of the US economy that remain shut down.

Stocks ended in the red on Tuesday. A better-than-expected consumer sentiment number yesterday didn’t help markets much, as investors remain skeptical that Washington will come to an agreement on a new stimulus package.

Royal Dutch Shell will slash as many as 9,000 jobs as the oil giant accelerates a shift away from fossil fuels.

The Anglo-Dutch company said Wednesday that it would cut between 7,000 and 9,000 positions by the end of 2022, potentially affecting more than 10% of its workforce. The total includes 1,500 people who have volunteered to leave the company this year.

The job losses are part of an overhaul aimed at cutting costs and simplifying the company's structure as it moves into low-carbon energy. Shell (RDSA) expects the overhaul to deliver annual cost savings of up to $2.5 billion by 2022.

55% of CEOs and other business leaders give Trump an "F" for his administration's response to the coronavirus pandemic, according to a poll conducted by the Yale School of Management.

Another 12% say Trump deserves a "D." Just 6% of the attendees at Yale's Chief Executive Leadership Institute CEO Caucus award Trump an "A" for his handling of Covid-19.

And several analysts think the image-sharing site has even more upside, thanks to Apple's new look.

Apple's (AAPL) recent iOS 14 release includes a folder-heavy update that makes it easier to customize iPhone home screens. As a result, there have been several reports about Pinterest downloads hitting records on the App Store in recent weeks, along with people tweeting screengrabs of their new home screens and citing Pinterest posts as an inspiration.