US stocks ended sharply lower on Wednesday following another turbulent trading day. The prior day’s session was the only day of gains after a string of losses.

While the Dow and the S&P 500 had opened higher, the market soon headed straight into the red. Tech and energy stocks were among the worst performers.

With less than two hours left in the trading day, stocks aren't looking so good.

All three major indexes are sharply lower, with the tech-heavy Nasdaq Composite losing by far the most. The index is down 2.2%.

Tech and energy stocks are among the worst performers.

And it had all started off so well today. Stocks were mixed at the start of trading, but the S&P and the Dow were both in the green. Then, at some point in the today's session it must have dawned on investors that the fundamentals are unchanged:

Election volatility is in the air, there's no new stimulus deal, Washington is arguing about the next US Supreme Court justice, US-China tensions are running high, and millions of Americans continue to be unemployed. Voila. Stocks are down. 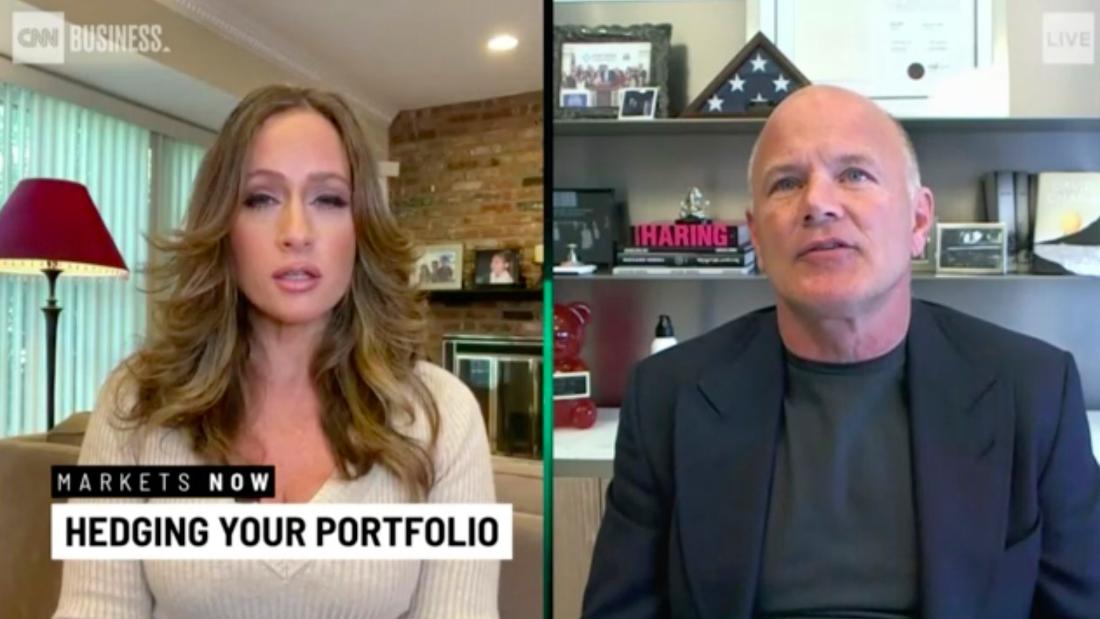 Only six weeks remain before the presidential election. No matter who wins, volatility is here to stay.

"I think it's a really dangerous time to be in the market," said Mike Novogratz, CEO of Galaxy Digital Holdings. "Between now and the election, volatility stays high and risk gets taken off."

And as investors are taking some bets off the table, it could lead the market lower. In other words, investors should be cautious.

"There will be a time to buy stocks again," but that time might not be now, Novogratz said on the CNN Business digital live show Markets Now.

The volatility might persist even after the election, at least in the short-term. A Democratic White House could lead to higher taxes, which in turn could lead to a selloff, Novogratz -- who expects a Biden win -- said. Even though Democratic administrations historically outperform Republican ones, there still could be a knee-jerk reaction on Wall Street, he added.

But not to worry, there is a hedge against all sorts of risks in the global economy, Novogratz said: "The average investors should have 1-3% of their holdings in Bitcoin, it's an amazing hedge," he said. 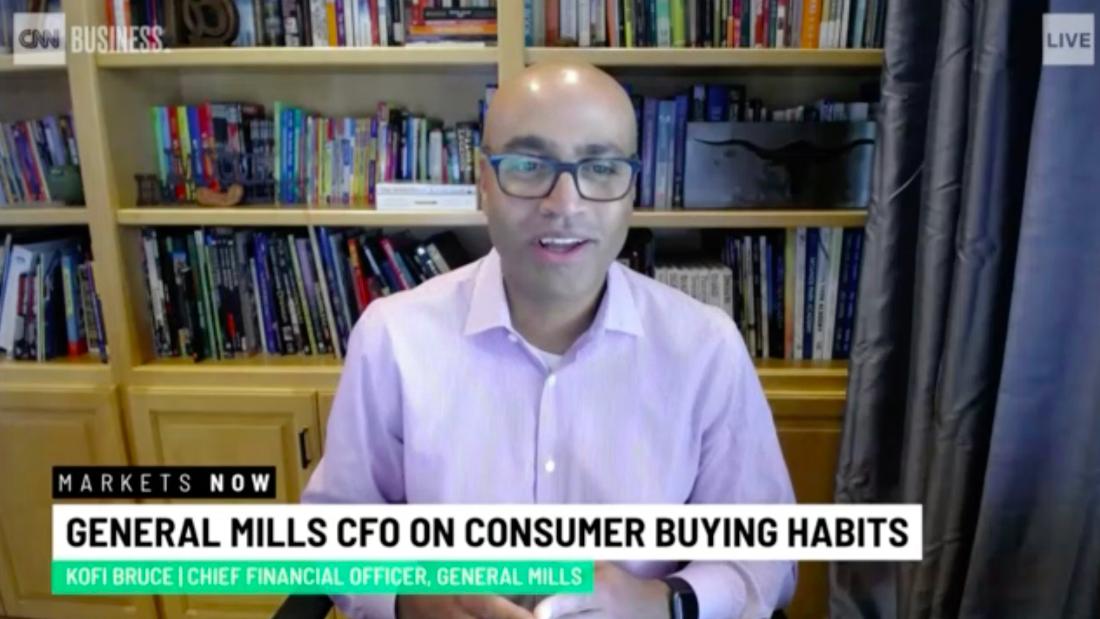 Lots of Americans continue to work from home, and for food companies that's a tailwind.

"We're all at home a lot more in this environment," Bruce said.

For General Mills, the increase in the number of people eating at home more frequently is also an opportunity. The company is seeing a demographic shift, with more young people and a more diverse customer base buying its products. General Mills is optimistic that this demand won't disappear after the pandemic is over.

That said, the company didn't provide any forward guidance today. "Certainty is probably a little bit difficult to find" at the moment, Bruce said.

While much of the economy is still in crisis, the IPO market is alive and kicking, with the number of companies pushing into public markets at levels not seen since the dreaded dot-com bubble of 1999-2000, according to Kathleen Smith, principal at the Renaissance IPO ETF (IPO).

But she expects this won't continue at this pace.

"Companies are going to slow down the IPO activity as we're getting a little closer [to the election], which is why we're seeing such a rush now," said Kathleen Smith on the CNN Business' digital live show Markets Now.

The election is presenting uncertainty, but there's a big chance that the IPO glut will continue afterwards into year-end.

"I think the reason [the IPO market] is running counter a bit to what's been happening in tech, is that these companies tend to [address] the digital economy. They're doing well in this work-from-home economy," Smith said. 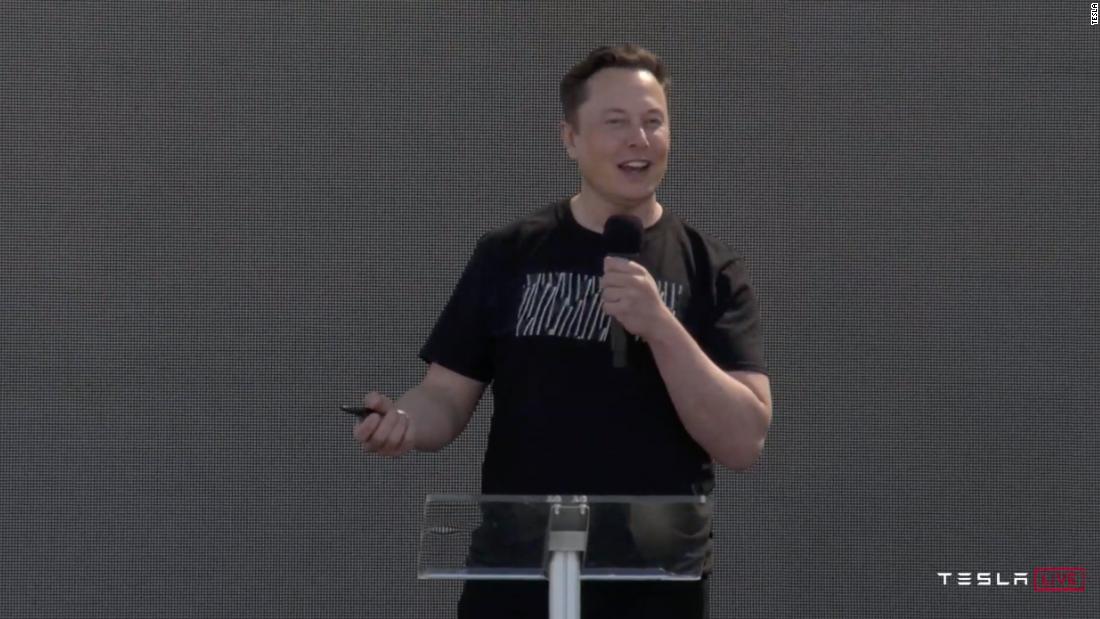 Many investors were disappointed with Tesla's much hyped "Battery Day" on Tuesday evening. Shares of the high-flying stock were down 9% in midday trading.

But some top auto analysts were more impressed with the company's plans to cut the cost of battery production, which CEO Elon Musk said would allow Tesla to sell a car for $25,000 within three years.

"Market hype into the day was high, but we think largely met expectations," wrote Morgan Stanley Auto Analyst Adam Jonas, who has a neutral rating on the stock and a price target for Tesla shares about one-third below current values.

Deutsche Bank auto analyst Emmanuel Rosner was far more bullish, raising his rating on the shares from hold to a buy, as well as his 12-month price target to $500. (At midday, Tesla shares were trading at $386.94.)

"While investor expectations into the event were high, Tesla's plan to achieve 56% reduction in battery cost over the next three years came in considerably better than anticipated, and could materially boost its volume and margin outlook," he wrote.

Jefferies analyst Philippe Houchois described the presentation as "more ambitious than expected on battery and vehicle cost curve." He already had a buy recommendation and a $500 price target.

Another firm, Robert W. Baird, raised its price target on Tesla, from $332 to $360, although both of those targets are well below current prices.

America's recovery from the pandemic crisis is slowing down. That's what the data has been telling us -- and tomorrow's weekly jobless claims report from the Department of Labor is expected to fit right in.

Another 843,000 seasonally-adjusted first-time claims for unemployment benefits are expected tomorrow morning at 8:30 am ET.

That's slightly less than the prior week's 860,000 claims, but the pace of improvement has notably slowed in the past weeks.

Continued jobless claims -- that's counting workers who have filed for benefits for at least two consecutive weeks -- are expected at 12.3 million, down from 12.6 million before.

These headline numbers don't include claims filed under the government's other, pandemic-specific programs to ease the burden of high unemployment during the health crisis.

The lesson remains the same: Improvements at an increasingly slow pace leave millions of Americans in need of government aid to make ends meet.

The CEOs of America's largest companies are worried about what will happen if President Trump and Congressional leaders are unable to agree on more stimulus for consumers and small businesses.

Business Roundtable chairman and Walmart (WMT) CEO Doug McMillion, pictured above, said in a statement Wednesday that the business community "urges the Administration and Congress to come back to the negotiating table and pass more legislation to further ease the economic challenges American workers, small businesses and suppliers are experiencing.”

While overall there are hopes that the US economy is on the mend, the Business Roundtable said in its third-quarter outlook that the economic outlook remains "fragile."

Without bipartisan support for more financial aid, CEOs who make up the Business Roundtable are worried that the economy will backslide.

The good news is that corporate leaders have boosted plans for hiring and capital spending compared to the second quarter. CEOs also think sales for their companies will improve.

But these forecasts are still below historical norms -- and business leaders continue to predict that the economy will contract this year. 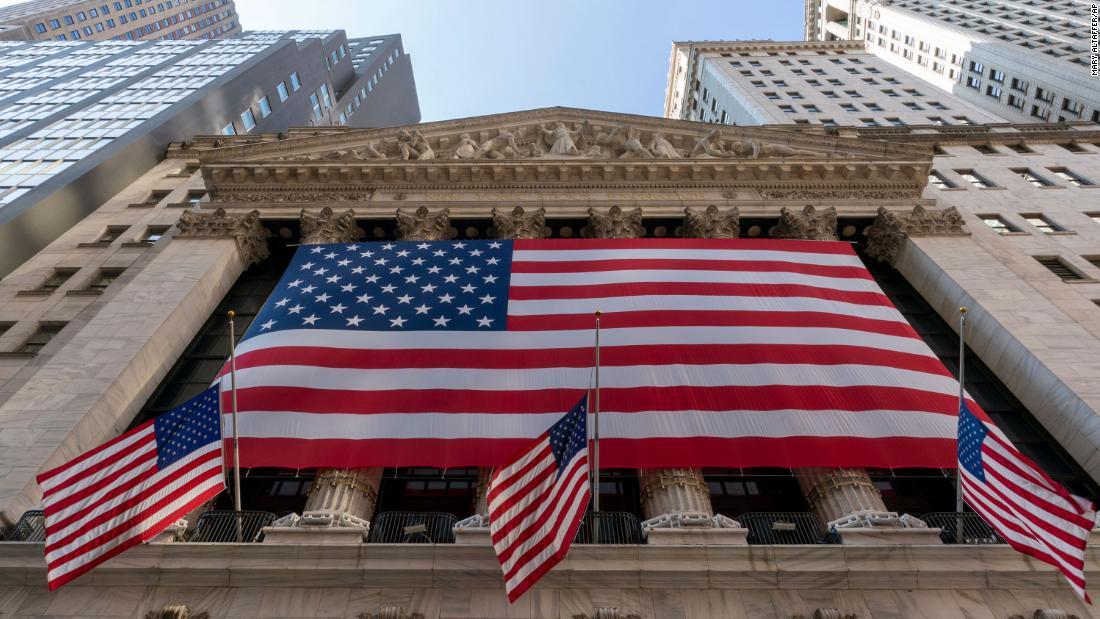 You may have heard a lot about "blank check mergers" recently. SPACs, or special purpose acquisition companies, have become an increasingly popular way for companies to go public. And the biggest SPAC ever is coming.

United Wholesale Mortgage, a home loan company, just set a new record with its planned Wall Street debut. United Wholesale is the biggest SPAC of all time, worth $16.1 billion thanks to a merger with a company named Gores Holdings IV (GHIV).

Deals with an already existing blank check company are often quicker and easier than filing for a more traditional IPO. DraftKings (DKNG) and Virgin Galactic (SPCE) both went public this way.

United Wholesale will eventually begin trading with the ticker of UWMC on Nasdaq. CEO Mat Ishbia said in a press release that the company hopes to expand once it goes public and that he's excited to grant employees of the 34-year old firm shares in the company.

For Gores, the United Wholesale deal is just the latest in a series of SPACs -- hence the Roman numeral for four in its corporate name. A fifth Gores SPAC, Gores Holdings V (GRSVU), began trading last month. The company's first SPAC bought Hostess Brands (TWNK) in 2016 to take the Twinkies owner public.