US stocks finished a busy day in the green. Investors had to divide their attention between earnings, big tech CEOs testifying before Congress and the Federal Reserve’s monetary policy update in which the central bank warned of a slowdown in the recovery.

Stocks bounced higher after spending most of the day flat as a pancake. Investors were pleased with Jerome Powell hinting that more stimulus is on the way.

The broader S&P 500 was up 1.2% and the Nasdaq soared 1.6% (probably more to do with that antitrust hearing than Powell, but with markets, who knows?)

Remember that superduperstrong economic rebound everyone was talking about in May and June? Yeah... that's not going so hot right now.

"What that data shows is that the pace of the recovery looks like it has slowed since the cases began that spike in June," Powell said. "On balance it looks like the data are pointing to the slowing in pace in the recovery."

Oh, and while you're here, go check out CNN Business' awesome new Recovery Dashboard, where you can see many of the data points Powell and his Fed buddies are looking at in real time. It has nifty charts and everything!

Federal Reserve Chairman Jerome Powell said Americans refuse to spend coins, taking them out of circulation -- and the US Mint can't make coins fast enough. The reason: You guessed it! Coronavirus.

America had enough coins before the pandemic, but as stores and banks closed, customers stopped spending and started hoarding their coins.

Powell said the Fed noticed the problem right away, and it is working with the US Mint to address the issue. It even formed a coin taskforce.

Although coin inventories are building up, the Mint is essentially a factory. And like any factory, when someone comes down with coronavirus, the factory has to close and sanitize everything for at least a day or so.

"It's a significant issue. We've got a lot of resources on it. And we do feel like we're making progress," Powell said.

Federal Reserve Chairman Jerome Powell said he thinks the US government's response to the massive recession has been strong and appropriate.

I think we are seeing the results of the earlier strong fiscal actions. When you see the spending that's happening, when you see small businesses staying in business even though the economy hasn't fully successfully sustainably reopened yet in many places, you are seeing what happens with that money. So in a broad sense it's been well spent. It's kept people in their homes. It's kept businesses in business. That's all a good thing.

Yet he suggested it hasn't gone far enough.

Although he noted that the economy has begun to recover because of the enormous spending on behalf of the government, he also noted that if you made $40,000 a year or less, you had a 40% chance of losing your job in April or May. So Congress needs to ensure that Americans are protected as the fallout continues.

It's falling very heavily on those that have the least financial wherewithal to bear that. That happens to be heavily skewed to minorities and to women. That's just what the pandemic is doing. ... If you're on the wrong side of those forces, your income has stagnated. It's a critical problem for our society, but one that mainly follows to fiscal policy and other policies.

Federal Reserve Chairman Jerome Powell said repeatedly today that uncertainty remains prevalent in the economy during the pandemic. But one thing that he's confident of: The markets are working just fine.

So why re-up liquidity swaps and several other facilities aimed at keeping markets fluid? Because the tumultuous economic recovery could spread to markets if things take a turn.

In substantial measure ... markets started working again fairly soon after we announced the facilities in the corporate credit and the muni space and the short-term funding facilities, those that we set up. We didn't need the funding we thought we would. On the other hand, it's important that the facilities stay in place. That's why we extended them yesterday. It's important that they still stay in place until we're very confident that the turmoil from the pandemic and economic fallout are behind us.

The Federal Reserve left interest rates unchanged near zero in its monetary policy update Wednesday, and it once again reiterated that the economic recovery will depend on the path of the virus.

"The ongoing public health crisis will weigh heavily on economic activity, employment, and inflation in the near term, and poses considerable risks to the economic outlook over the medium term," the central bank said in a statement.

Even though the economy was beginning to rebound after grinding to a halt during the pandemic lockdown in the spring, the level of economic activity was still well below the levels from the start of the year, the Fed said.

The central bank Tuesday announced an extension to various pandemic lending facilities, including the main street lending facility that lends to small and medium-sized businesses. The facilities will now run through the end of the year.

On Wednesday, the bank also announced an extension of its temporary US dollar liquidity swap lines and the repurchase agreement facility for foreign and international monetary authorities until March next year. The Fed hopes the extension will ensure liquidity in dollar-funding markets around the world. The US currency is used in contracts around the world. 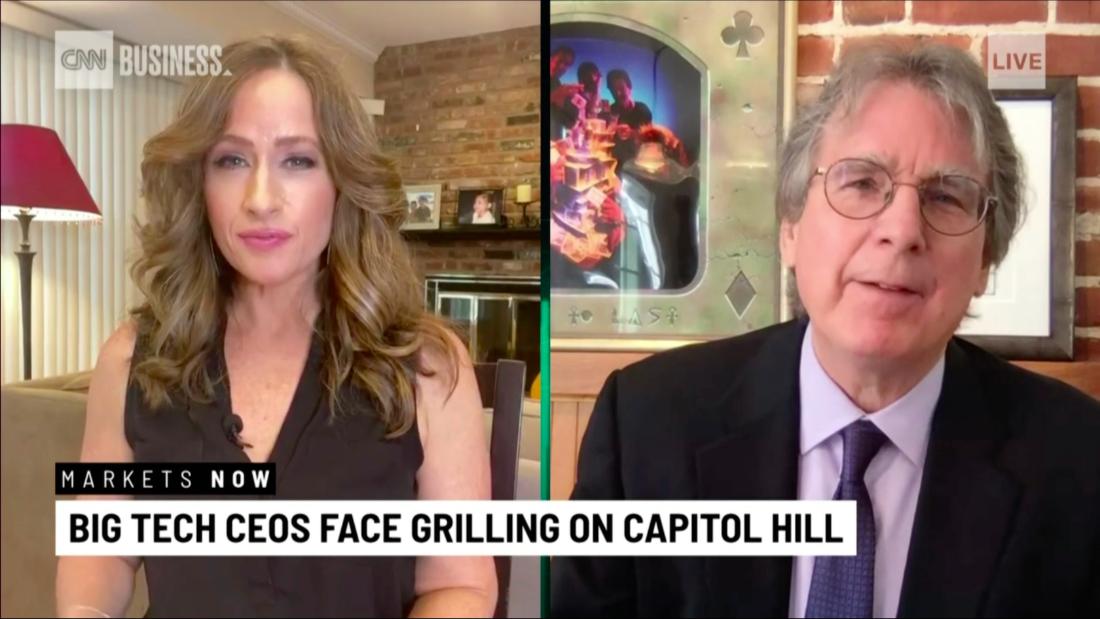 The CEOs of Amazon (AMZN), Apple (AAPL), Facebook (FB) and Google (GOOGL) are due to testify before Congress about whether their companies have abused their power and dominance in the online marketplace.

But this isn't necessarily bad for investors, because monopolies are bad for innovation and entrepreneurship, he said.

While Apple is "clearly anti-competitve in its AppStore," it doesn't pose the same kind of risk to democracy as Google and Facebook, McNamee said. He was one of Facebook's earliest investors but is now one of the company's loudest critics. While these companies may have created enormous shareholder value and for consumers, "there have been huge harms to democracy," he said.

Facebook faced an advertiser boycott this summer, which was successful to an extent, but in the end advertisers have no choice but to return to the platform, McNamee said -- one of the issues with its monopoly.

"These companies have too much power," he said. 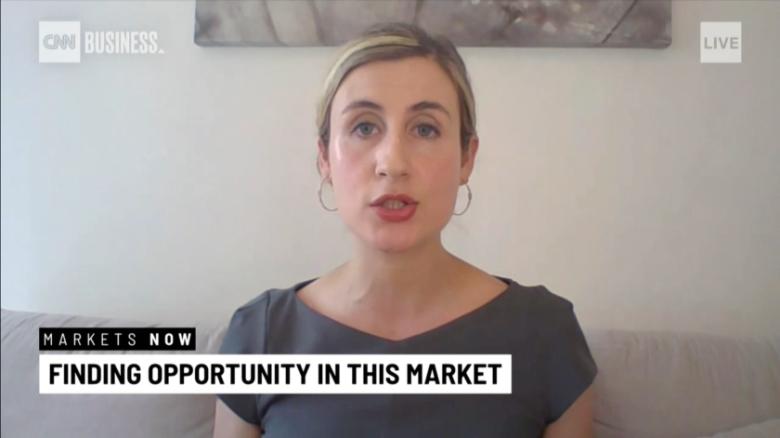 The Federal Reserve is due to give its monetary policy update within the hour, followed by a press conference with Chairman Jerome Powell at 2:30 pm ET, which will be covered here.

"The Fed has pulled out all the stops, so we're not expecting anything big," said JPMorgan Asset Management global markets strategist Samantha Azzarello.

The central bank slashed interest rates to near zero in March and has launched a myriad of lending programs to support markets and the economy since then.

While investors are keeping their ears open for any indication on when the Fed might change its policies again, it "won't be raising rates for a very long period of time," Azzarello told Alison Kosik on the CNN Business' digital live show Markets NowWe're not anywhere near the point of raising rates."

This is tricky for investors, because it means income will be hard to come by in many portfolios.

And conditions won't change anytime soon. While earnings outlooks remain hazy, investors should have a better view on how corporate America is doing going into the fall.

That said, "we still think the market is still too positive, too optimistic," Azzarello said, adding that she doesn't expect earnings to be back at 2019 levels for another two years.