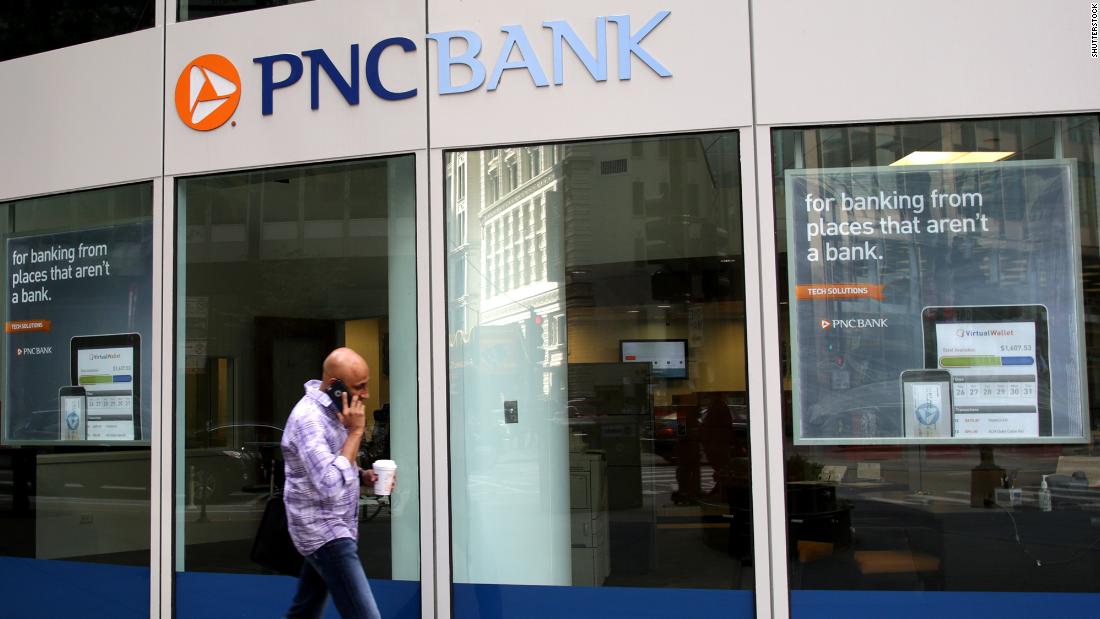 PNC's profits more than doubled during the second quarter -- but the super-regional bank's numbers look weaker under the hood.

PNC (PNC) reported a net income of $3.7 billion, up from just $1.4 billion a year ago. Yet that profit surge was driven by the sale of a 22% stake in asset management behemoth BlackRock (BLK) -- a lucrative deal that created an after-tax gain of $4.3 billion.

If that BlackRock windfall is excluded, PNC actually lost money because of the health crisis. The bank posted a loss of $744 million from continuing operations, compared with a profit of $1.2 billion a year ago.

PNC blamed "uncertainty in the economy related to the pandemic" that caused a $2.5 billion surge in provisions for bad loans, up from $914 million during the first quarter.

Moderna, a biotech company, had some much-needed good news to share about coronavirus: Its vaccine candidate has been found to induce immune responses in all of the volunteers who received it in a Phase 1 study.

The stock surged 14% in early trading, and the stock market soared, too.

These early results, published in the New England Journal of Medicine on Tuesday, showed that the vaccine worked to trigger an immune response with mild side effects -- fatigue, chills, headache, muscle pain, pain at the injection site -- becoming the first US vaccine candidate to publish results in a peer-reviewed medical journal.

The vaccine is expected to begin later this month a large Phase 3 trial -- the final trial stage before regulators consider whether to make the vaccine available. 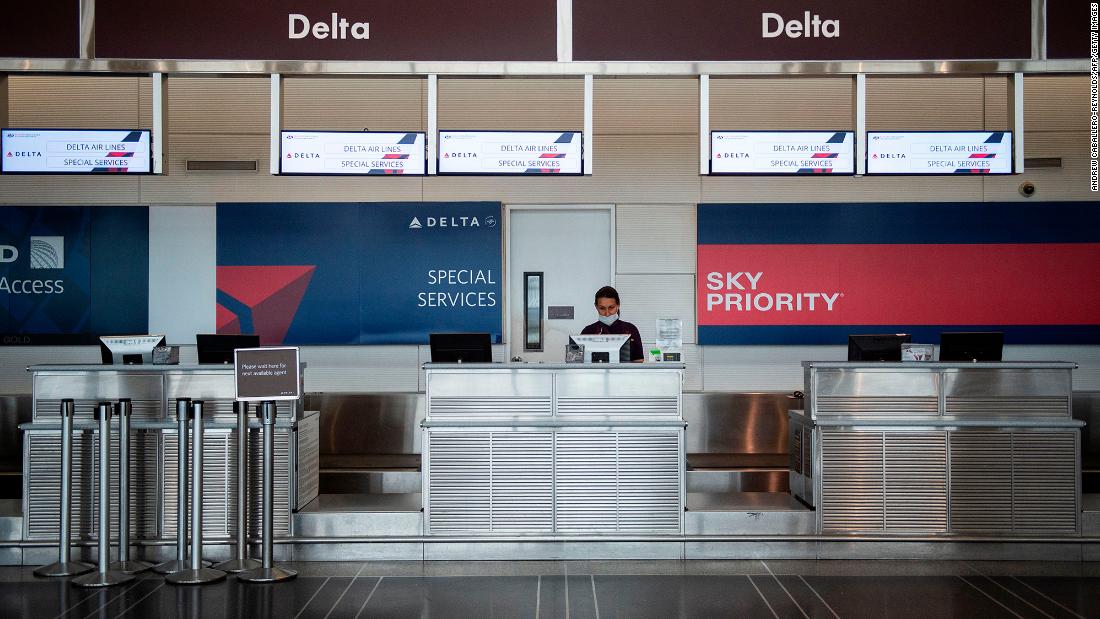 Delta Air Lines is pleased that nearly 20% of its staff have agreed to take buyouts and early retirements. But those exit packages will cost the airline billions.

Delta said Tuesday that more than 17,000 out of 90,000 employees had signed up for packages to leave the company. It disclosed Wednesday that it expect to take a charge of between $2.7 billion and $3.3 billion to cover the cost of the programs during the current quarter.

It said the actual cash payments to employees during the current quarter will come to between $500 million and $600 million. The packages include pay, health insurance packages and travel privileges that will extend into future quarters.

Delta and other airlines have announced they will need many fewer employees due to the drop in demand for air travel in the face of the Covid-19 pandemic. Delta CEO Ed Bastian said he's hopeful that the large number taking buyouts and early retirement will allow Delta avoid or at least limit the number of involuntary layoffs or furloughs.

Goldman Sachs (GS) revealed a 41% surge in revenue Wednesday as the Wall Street bank capitalized on booming markets and a flurry of dealmaking.

The stronger-than-expected results were driven by record investment banking revenue and a nine-year high for its trading arm.

Goldman's robust quarter underscores the bifurcated rebound in the United States from the pandemic. Although unemployment remains high and bankruptcies are mounting, the red-hot stock market has largely recovered and companies are raising record sums of money in capital markets.

Asia's richest man is getting another massive investment from Silicon Valley as he grows his technology empire in India.

The investment includes a deal to jointly develop an entry level, affordable smartphone and "expand the benefits of digitization across the length and breadth of India," they said. The deal values Jio at about $58 billion.

Apple has won its appeal against a European Commission ruling that it owed Ireland €13 billion ($14.9 billion) in taxes.

The European Union's second highest court ruled Wednesday that the Commission had not proven that the company had received illegal state aid from Ireland through favorable tax agreements.

The European Commission — Europe's top antitrust authority — said in 2016 that the Irish government had granted Apple (AAPL) an illegal advantage by helping the iPhone maker keep its tax bill artificially low for more than 20 years.

Stock futures pointed to a second-straight positive day after a Covid-19 vaccine developed by Moderna has been found to induce immune responses in all of the volunteers who received it in a Phase 1 study.

Coronavirus has decimated the global economy, and the recovery has proven choppy as the United States has failed to contain the spread of the virus. Without a working vaccine, it's unlikely the economy can fully recover.

US stocks finished sharply higher Tuesday even as America’s leading banks warned about loan losses piling up and uncertainty about the future. The Dow climbed 557 points yesterday.