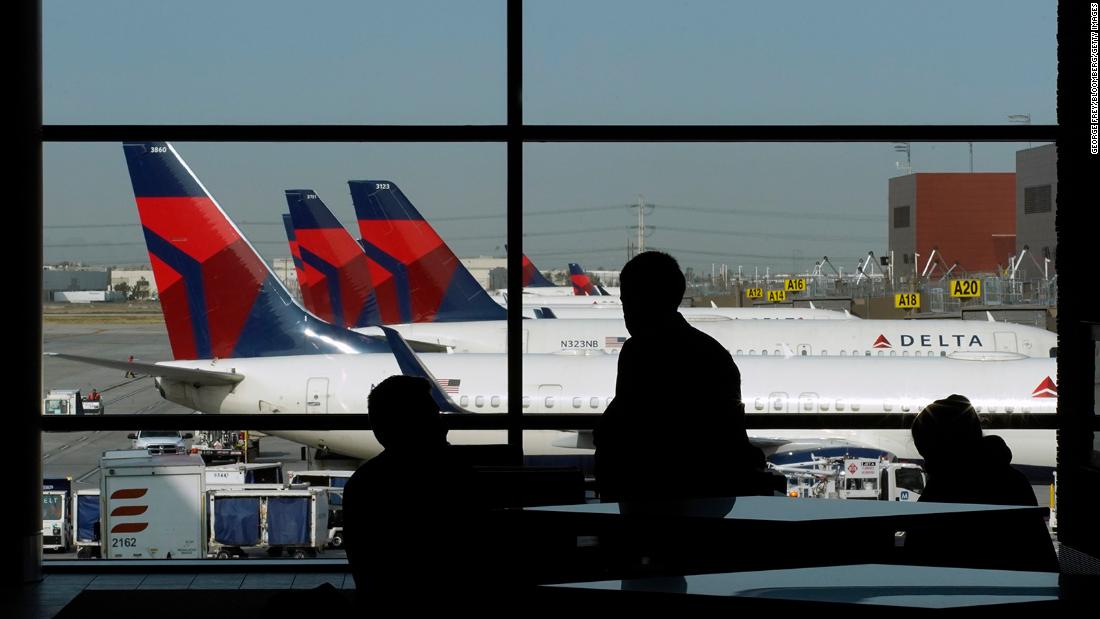 Delta reported another quarterly loss Wednesday but said that it returned to profitability in June and expects to be profitable going forward.

���Domestic leisure travel is fully recovered to 2019 levels and there are encouraging signs of improvement in business and international travel," said CEO Ed Bastian, who added that this week it bought additional used aircraft to restore some of the capacity it shed during the pandemic.

"The recovery picking up steam, we are making investments to support our industry-leading operation," he said.

The company lost $678 million when adjusted for special items such as another round of financial support from US government. But that's far better than the loss of nearly $900 million expected by Wall Street, let alone the $2.8 billion loss it reported a year ago.

Revenue has not fully recovered to pre-pandemic level due mostly to the lucrative business and international travel still being only a fraction of pre-pandemic levels. Overall revenue from airline operations was down 49% compared to the same quarter of 2019, ahead of the pandemic.

Shares of Delta climbed in pre-market trading as did shares of the other three major US airlines - American, United and Southwest.

Federal Reserve chairman Jerome Powell and other central bankers continue to say ad infinitum that inflation is "transitory." The rising prices for used cars, food and other goods are due to Covid-related supply chain disruptions and will eventually pass.

"I worry about inflation. I do not believe inflation is going to be transitory. It's going to be more systematic," Fink said in an interview on CNBC Wednesday morning after the company reported stellar earnings. He added that it will be "very important" to see how the Fed and other global central banks navigate the threat of higher inflation.

"Can that slow down parts of Asia? We are seeing a real disconnect between the companies that are very vaccinated and moving forward on vaccination and countries that have been late in vaccination," he said.

Fink said that as a result, there will be "unevenness" in the global recovery and there could be "disappointments going forward." But he's still bullish because of continued fiscal and monetary stimulus.

Wall Street is growing increasingly excited about the likely debut of a new iPhone later this year. (The unlucky 13? Skip and go straight to the 14? The XIII if Apple wants to adopt Roman numerals like the Super Bowl? Scrap the number nomenclature entirely? I digress.)

Shares of Apple (AAPL) were up about 2% in premarket trading and are on track to open at another new all-time high. The company is now worth a stunning $2.4 trillion. But Apple could have a lot more room to run.

Citi analyst Jim Suva raised his earnings forecasts for Apple Wednesday morning, saying in a report that  "we expect shares will outperform ahead of the new iPhone launch in September," adding that "consensus estimates are too low."

Apple is apparently expecting the device to fly off the shelves. Bloomberg reported late Tuesday that the company is looking to ramp up iPhone production by 20% this year.

And Suva added that he likes Apple's product diversity, noting that there should be strong demand for PCs and wearables like the Apple Watch.

Apple has lagged the broader market rally with a gain of "only" about 10% this year, compared to a 16% pop for the S&P 500. The stock also hasn't done as well as rivals such as Microsoft (MSFT), Amazon (AMZN) and Google owner Alphabet (GOOGL).

The world's largest money manager has gotten even bigger. BlackRock (BLK), which owns the popular iShares family of exchange-traded funds, now has $9.5 trillion in assets under management. That's up from $7.3 trillion a year ago.

BlackRock, like many other financial firms, has benefited from the stunning rebound in stocks since the depths of the Covid-induced bear market of March 2020. Shares of BlackRock, which reported earnings and revenue that topped forecasts Tuesday, are up more than 25% in 2021.

The company has also made waves for championing ESG investing causes, an effort led by CEO Larry Fink.

“Our commitment to helping more and more people experience financial well-being guides our long-term strategy and how we use our voice on behalf of our stakeholders," Fink said in the earnings release. "We will continue to invest and evolve so we can deliver value for our clients, employees, shareholders and the communities where we operate.”

But BlackRock's growing clout on Wall Street has raised some alarm bells in Washington. In a heated exchange earlier this year, Sen. Elizabeth Warren repeatedly asked Treasury Secretary Janet Yellen why BlackRock was not considered a "too big to fail" financial institution like other big banks are. 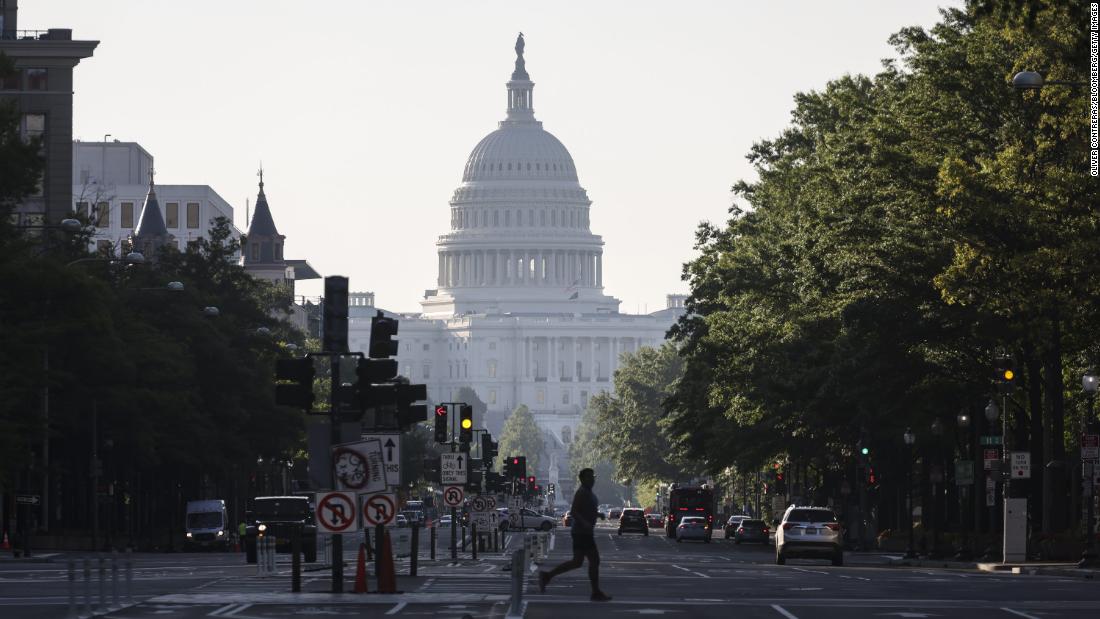 Fitch Ratings warned on Tuesday that the United States could lose its perfect credit rating due in part to the ongoing assault on democracy and worsening political polarization.

The credit ratings firm said that governance is a “weakness” for the United States, specifically citing the January 6 insurrection and ongoing efforts to curb voting rights in dozens of states.

“In light of developments since the last review and future risks, a deterioration in governance represents a further risk to the rating,” Fitch Ratings said in the report.

Although Fitch reaffirmed America’s AAA credit rating, it said that could change due to rising debt levels and the state of politics in the world’s largest economy. 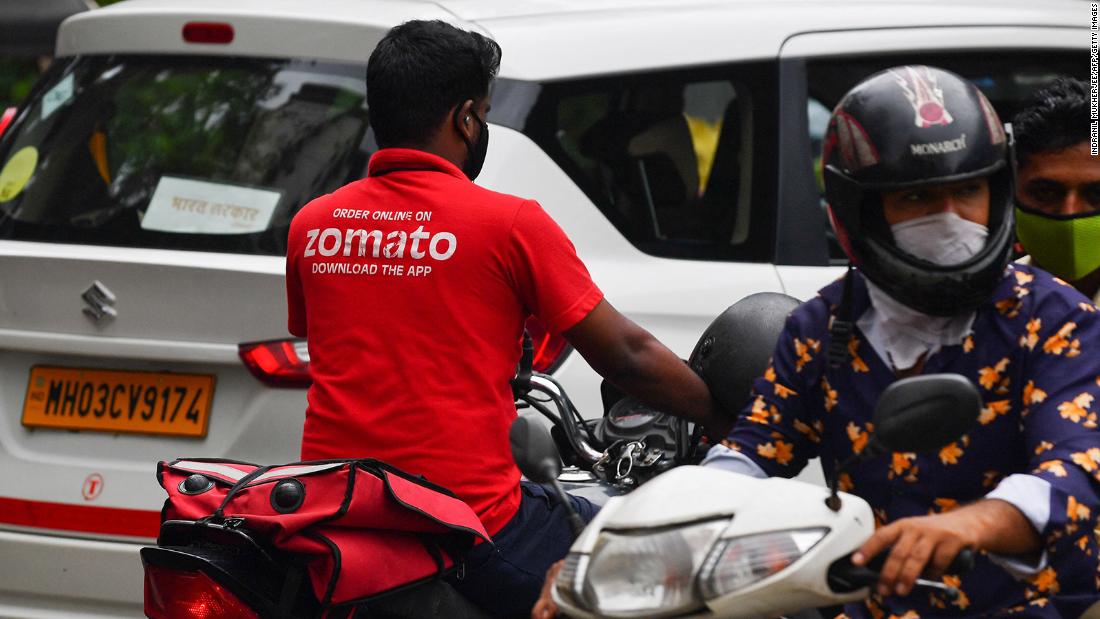 India’s biggest IPO of the year is here.

Food delivery startup Zomato is looking to raise some $1.3 billion this week in an initial public offering in Mumbai, the company said in a recent regulatory filing. It expects to close its books on Friday, and is the biggest offering in the country so far in 2021, according to Dealogic.

The company plans to sell shares priced between 72 and 76 rupees (97 cents to $1.02) per share. At the upper end of the range, Zomato would be valued at almost $8 billion.