After a week of turmoil, stocks are near record territory again

US stocks finished mixed on Wednesday but the Nasdaq Composite hit another all-time high, exceeding Tuesday’s record close. The index finished up 0.1%.

Neither economic data nor more comments from Federal Reserve officials caused big swings in the market. Investors will now look ahead to key inflation measures due Thursday and Friday. 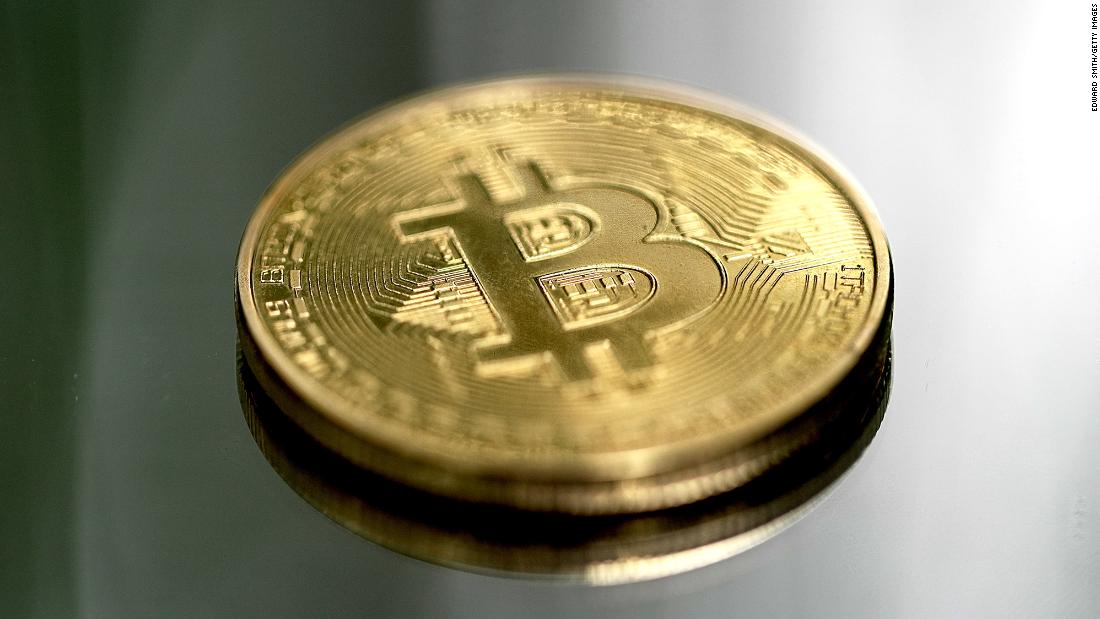 Bitcoin fell below $30,000 for the first time since January this week. But while the price drop might present a buying opportunity for some, other remain skeptical.

One of the skeptics: Brian Belski, chief investment strategist at BMO Capital Markets, who previously told CNN Business that "bitcoin is not an asset class."

"If you want to buy, it should probably be in a separate account, not as part of your regular asset allocation," he added.

Investing in companies with higher standards for ESG -- environmental, social and governance investing-- is all the rage. And Japan has a new fund focused on just that.

The MPower Partners' new fund, launched by Kathy Matsui, Yumiko Murakami and Miwa Seki, is targeting a size of $150 million to invest in the growth of late-stage startups in Japan, as well as earlier-stage startups overseas.

"At the end of the day... I think we have come to understand that the limitations of financial metrics in trying to assess [a] company... you have to take into account non-financial metrics," Matsui said on CNN Business' digital live show Markets Now.

The 'S' metric in ESGs has historically been more challenging to measure. But the pandemic has pushed social campaigns and initiatives to the forefront, Matsui said, changing the traditional dynamics. 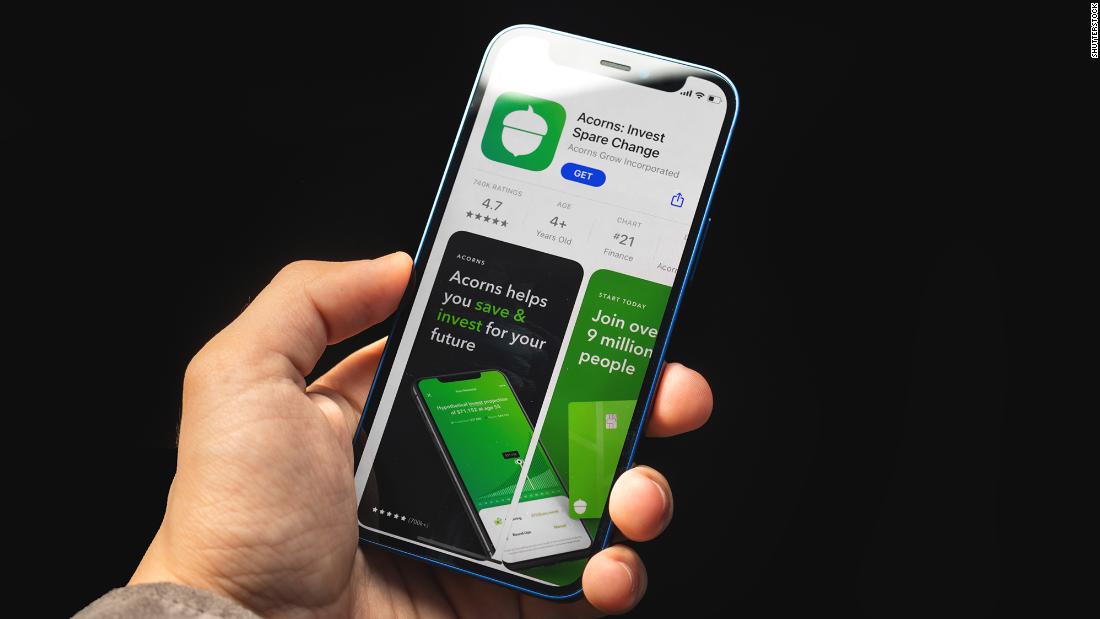 Investment platform Acorns is looking to go public through a special purpose acquisition company, of SPAC. The company is looking at a valuation of $2.2 billion.

"We encourage people to [invest safely] and focus on the long term," said the company's CEO Noah Kerner in conversation with CNN's Alison Kosik on the CNN Business digital live show Markets Now. That means not worrying about competition like Robinhood or the frenzy around meme stocks.

Acorns, which specializes in micro-investing and robo-investing, is approaching $10 billion saved and invested and wants to get another $10 billion in the book. Similarly, the company wants to grow to 10 million paying subscribers.

Stocks are getting closer to record highs again, and the Nasdaq Composite is on track for a new all-time high today. In other words: investors have reason to be optimistic.

"I think investors need to focus less on macro and more on fundamentals," he said.

But what about inflation? Belski isn't worried about that just yet. The US stock market is still a great place for investors to be.

"The Fed is saying transitory, we're going to stick with that," Belski told CNN's Alison Kosik.

That said, the market is going to see some transition -- from a momentum-driven market into a more earnings-driven market as the economy recovers.

For now, Belski says, technology, communications services and discretionary stocks are the way to go, "because that's where we spend our money," Belski said. 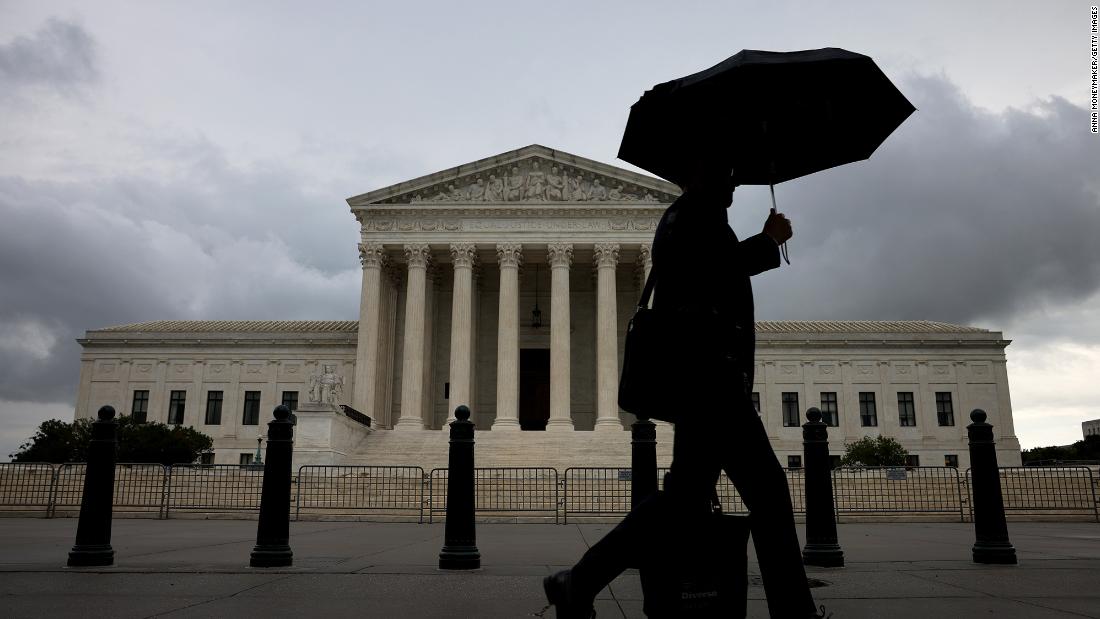 The huge drops come after the US Supreme Court ruled that a president can remove the head of the Federal Housing Finance Agency (FHFA), which oversees Fannie and Freddie.

Fannie and Freddie (more formally known as the Federal National Mortgage Association and the Federal Home Loan Mortgage Corporation) buy mortgages from lenders and either hold them on their portfolios or bundle them into securities.

The FHFA was created in 2008 to oversee Fannie and Freddie, which nearly collapsed during the Global Financial Crisis and needed to be bailed out by the federal government.

President Biden has clashed with FHFA director Mark Calabria, who was appointed by President Trump, over the future of Fannie and Freddie. Biden may now have the legal green light to oust him.

“The President must be able to remove not just officers who disobey his commands but also those he finds ‘negligent and inefficient,’" said Justice Samuel Alito, writing the majority opinion.

Shareholders of the two firms had sued the FHFA and Treasury Department, arguing that they were entitled to billions of dollars in quarterly dividend payments to investors that were eliminated in 2012 and paid instead to the government.

But the Supreme Court said in its ruling Wednesday that "there is no reason to regard any of the actions taken by the FHFA...as void."

Wall Street is mixed at midday, with the Dow moderately lower. The index is down 0.1%, or 18 points.

"US stocks are stabilizing as investors are clearly in wait-and-see mode over the current wave of inflationary pressures," said Edward Moya, senior market analyst at Oanda.

Stocks have bounced back after tanking last week when the Federal Reserve changed its rate hike projections. It now forecasts an interest rate hike in 2023, earlier than previous projections.

While that means a policy change is on the horizon, rates won't go up anytime soon, and that's good for stocks.

"Policymakers might announce tapering at the end of the summer, with tapering starting in January, which means rate hikes won’t happen until 2023," Moya said. "Expectations for infrastructure spending are high, so stocks appear to have a short-term safety net in place."

As the economy continues to reopen, joblessness across the nation is edging down, data from the Bureau of Labor Statistics showed Wednesday.

In May, 21 states and the District of Columbia registered a decrease in their unemployment rates. Nationwide, joblessness stood at 5.8% for the month; 27 states were below that.

Unemployment was highest in Hawaii at 8.1%, followed by New Mexico at 8% and California at 7.9%.

New Hampshire has the lowest unemployment rate in the country at 2.5%, followed by Nebraska and Vermont at 2.6%.

The US economy is inching back to normal. But the recovery remains uneven and some states are lagging behind in the race to get back to pre-pandemic strength — especially New York.

Although several states' economies have already fully recovered — and are even outpacing — their pre-Covid levels of economic activity, New York is by far the worst-performing state, according to the Back-to-Normal Index created by CNN Business and Moody's Analytics.

The index shows that the US economy as a whole was 93% back to normal as of June 18. But New York was only at 83%, leaving it with the furthest to go to get back into pre-Covid shape.

New York isn't the only state below the 90% mark, though it is at the bottom of the list.