US stocks finished higher after rallying all day. Both the S&P 500 and the Nasdaq Composite logged their fourth straight day of gains. For the Dow it was the third up day, and the first time it finished above 26,000 points since early March.

Market sentiment was boosted by a much better than expected ADP employment report, which shored up hopes that the worst might be over for America’s battered labor market. 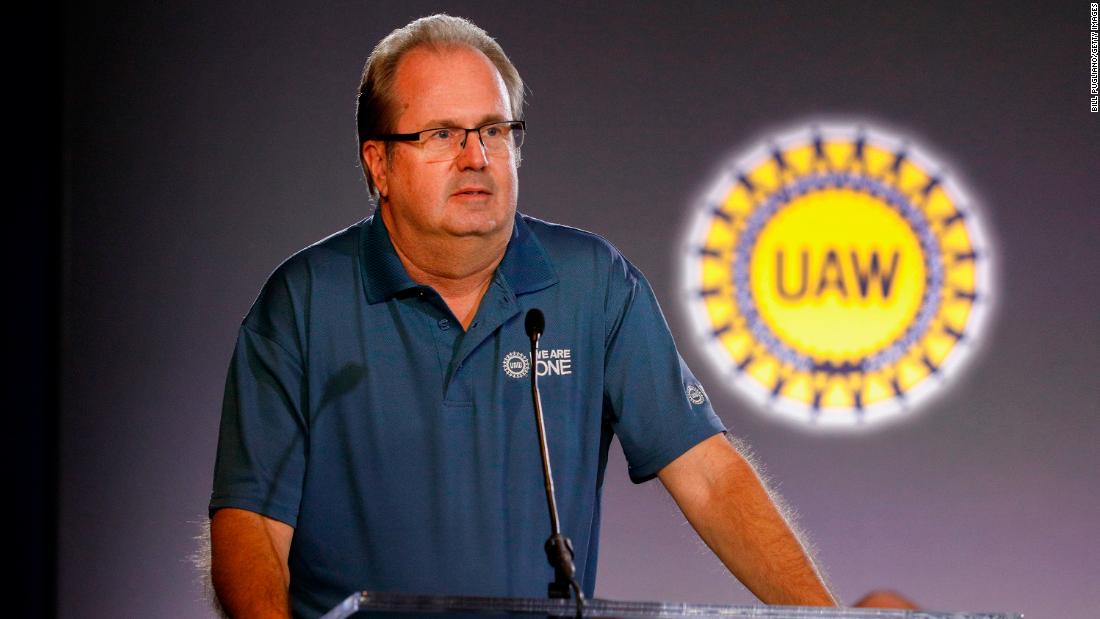 Gary Jones, the former president of the United Auto Workers union, pleaded guilty to conspiring with other high-level UAW officials to embezzle more than $1 million in dues money, among other charges.

Jones faces 46 to 57 months in prison under the plea agreement submitted Wednesday, which also includes charges of racketeering activity and tax evasion.

He's the highest-ranking official caught up in a scandal that began in 2019, following a wide-ranging federal probe into alleged corruption involving the union and at least one of the nation's unionized automakers: Fiat Chrysler.

Jones served as UAW president from June 2018 until he was forced to resign in November 2019 given the growing scandal. He left his post a week after the union concluded a costly 6-week strike against General Motors.

In his plea Wednesday, he admitted he and other senior UAW officials improperly used union funds to pay for personal expenses including golf clubs, private villas, cigars, golfing apparel, green fees at golf courses, and high-end liquor and meals costing over $750,000.

Two major banks with ties to Hong Kong have indicated they will support China's controversial effort to introduce a national security law for the semi-autonomous city.

HSBC's Asia-Pacific CEO Peter Wong has signed a petition in support of the implementation of the law, according to post by HSBC China on Chinese social media.

Another bank, Standard Chartered, said in a statement that "we believe the national security law can help maintain the long-term economic and social stability of Hong Kong."

Both banks are based in the United Kingdom but do considerable business in both Hong Kong and mainland China.

The new law would drastically broaden Beijing's power over Hong Kong, which last year was roiled by anti-government protests calling for greater democracy and more autonomy. Political leaders in the United States and Britain have criticized the planned law, arguing it threatens to undermine the city's special status. 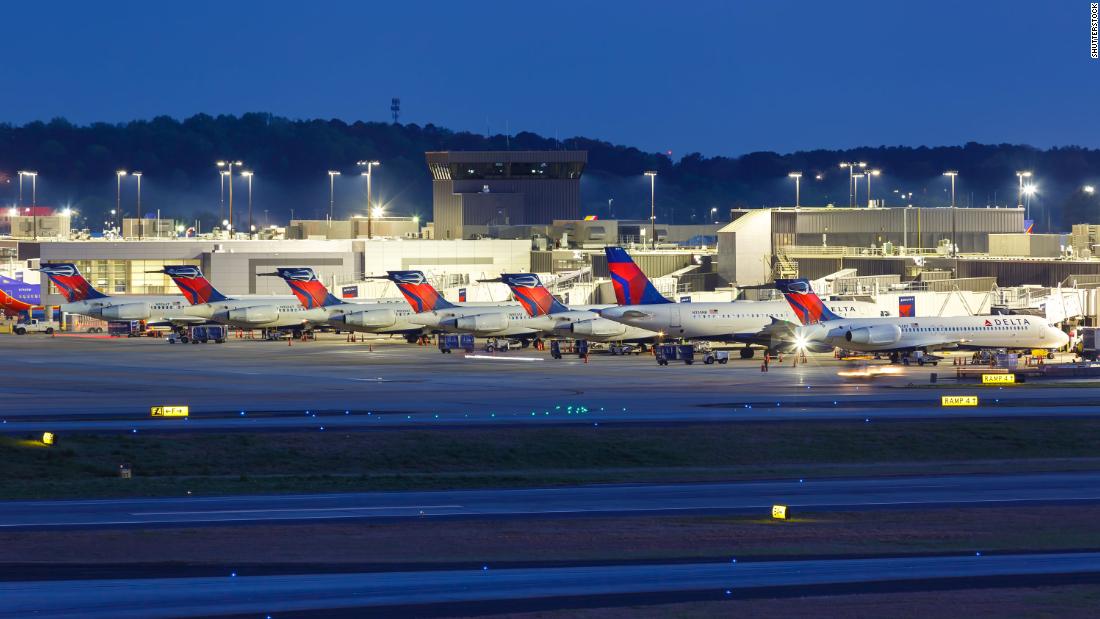 Delta Air Lines (DAL) is blocking middle seats and continuing its capacity restrictions across all of its cabins through September.

The Atlanta-based carrier originally announced the plan in April and it was due to expire later this month. Now, it will keep blocking middle seats and certain seats on planes with 2x2 layouts through September 30.

Delta implemented the changes in response to Covid-19 to encourage at least some sort of social distancing on planes. The airline is also restarting automatic upgrades for its Medallion members on June 10 and said its adding flights on routes that are getting busier. 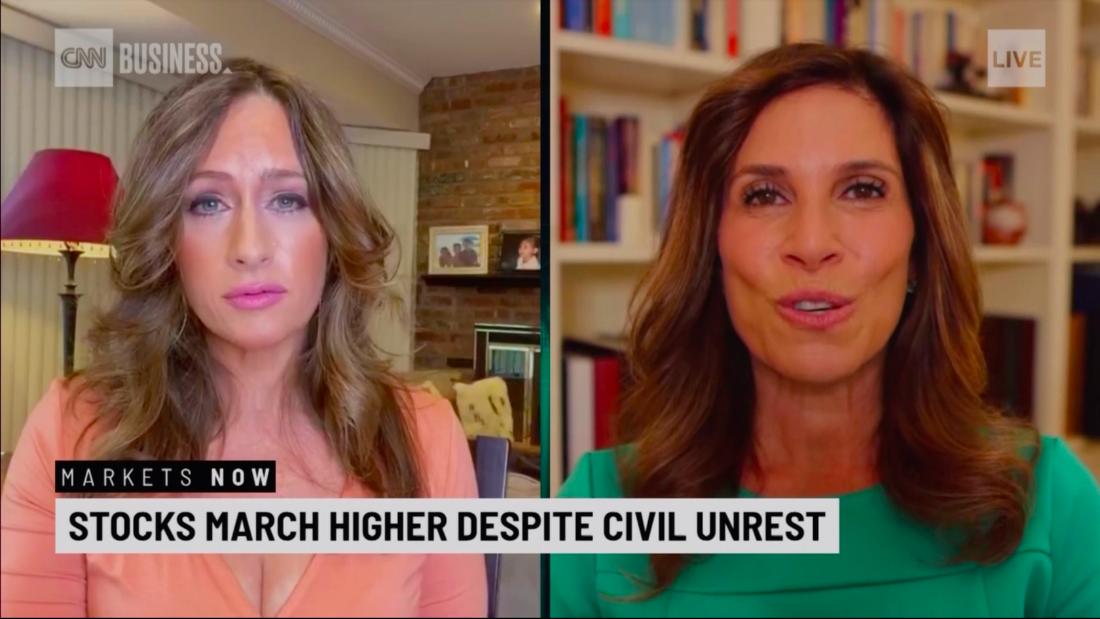 Stocks are rallying today, with the S&P 500 up 1% and the Dow up some 380 points, even as tensions rise between the US and China, and despite protests across the United States dominate headlines.

There is a huge disconnect between the headlines we get every day both in the US and overseas and where the stock market is going," Alicia Levine, chief strategist at BNY Mellon, told Alison Kosik on the CNN Business' digital live show Markets Now.

It's important for investors to remember that the stock market is forward looking, and the future is looking brighter because the economic reopening is going better than expected in both Europe and the Unites States. So far, reinfection rates haven't skyrocketed even though restrictions have been pulled back.

Tech is still the sector boosting the S&P 500, as those stocks make up such a large portion of the index.

"We've never seen such a disconnect by sectors in the US stock market," Beauchamp said, and it's reasonable to be a bit skeptical of how long this will last. Investors should perhaps also look at growth stocks and not just the big tech companies.

"We really think you should be investing where the Fed is investing, because this is a liquidity-driven market," she added.

This means corporate credit looks attractive, Beauchamp said, and gold continues to be a great hedge for investors. 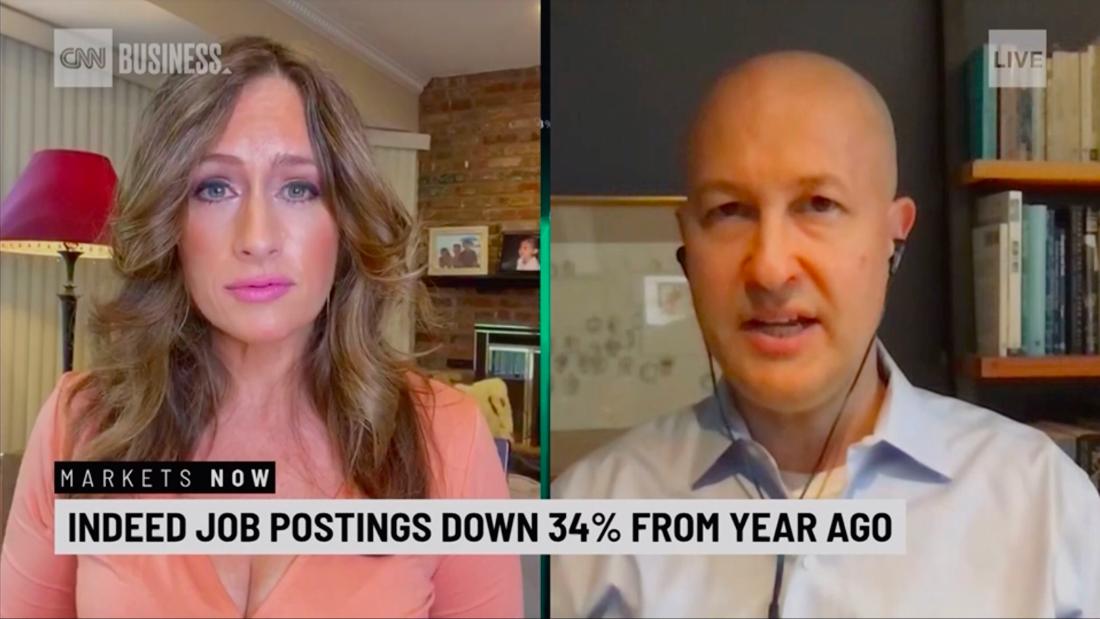 America's labor market is in disarray and the coronavirus lockdown has forced millions of Americans out of their jobs.

Career website Indeed is seeing job postings down by a third versus last year, said Jed Kolko, its chief economist, on the CNN Business' digital live show Markets Now. That said, this has improved from the lows of four weeks ago. At that low-point, job postings were down some 40%, he said.

"The hardest hit sector are still hospitality and tourism," he said. Job postings in those industries are down 60% from last year, Kolko said.

Some industries that support the 'stay at home economy', including logistics, are seeing increases in job postings, he added.

Tomorrow we find out how many millions more Americans filed for unemployment benefits last week.

Another 1.8 million first-time jobless claims are expected in the Department of Labor data due at 8:30 am ET Thursday. It would be the eleventh-straight week that claims are in the millions. Prior to the coronavirus pandemic, the United States had never recorded a single week over a million claims.

First-time filings hit their peak in the final week of March at 6.9 million and have declined every week since.

Continuing jobless claims, which count people who have filed for benefits for at least two consecutive weeks, are expected to reach 20.1 million, about a million fewer than in the week before. Economists see this is as a good sign, because it shows that people are returning to work. Even so, the progress is painfully slow given just how many people are in need of aid.

As of last week's data, one in four Americans -- more than 40 million people -- had filed for unemployment aid.

Tomorrow's claims data comes ahead of the the May jobs report due Friday at 8:30 am ET. Economists predict that 8 million jobs were lost in May, following 20.5 million that vanished in April. This would push the unemployment rate to nearly 20%, a rate not recorded since the Great Depression, and the highest monthly level since the data collection began in 1948.

The IPO market seems to be making a comeback along with the rest of Wall Street.

Shares of Warner Music Group (WMG), the record label whose musical roster includes such top artists as Cardi B, Bruno Mars, Twenty One Pilots and Ed Sheeran, rose more than 15% in early trading Wednesday. That comes after the company priced its initial public offering above its expected range.

Warner Music Group, which was once owned by former CNN parent company Time Warner before being sold in 2003, has been privately held for the past few years -- a time when the music business has been revolutionized thanks to streaming services from Apple (AAPL) and Spotfiy (SPOT).

Warner Music Group wasn't the only IPO to shine on Wednesday either. Pliant Therapeutics (PLRX) surged 55% in its market debut. 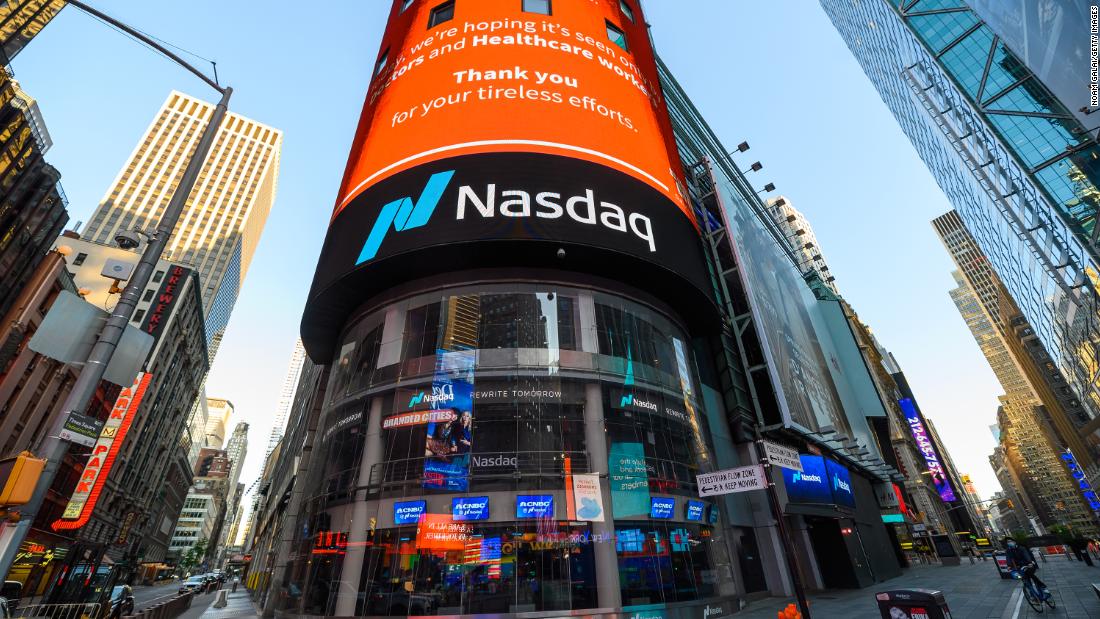