US stocks attempt a comeback 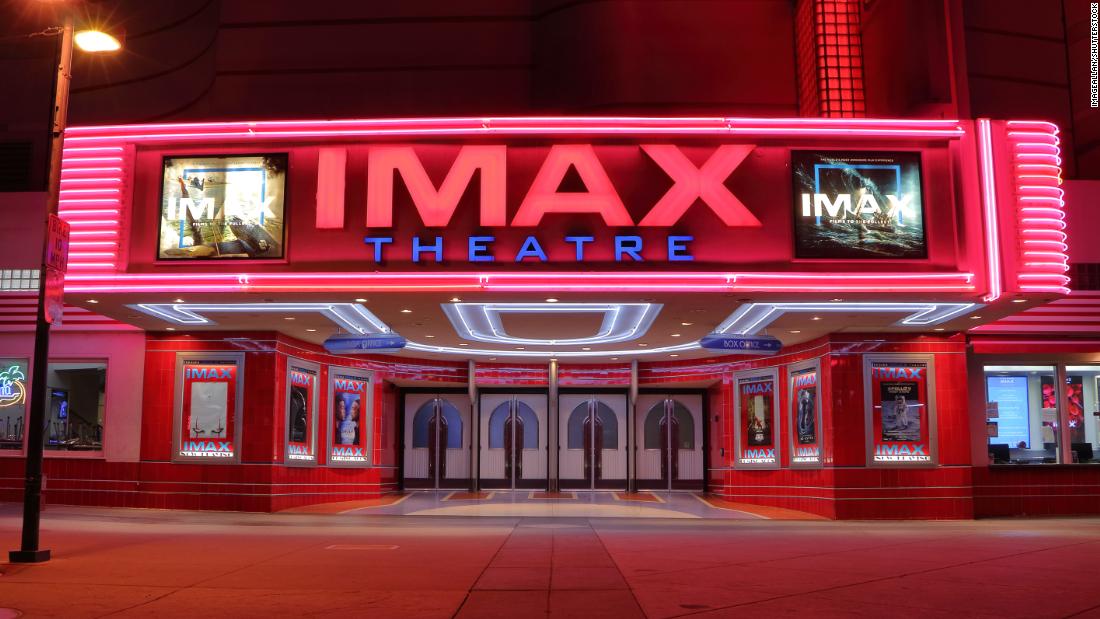 Hollywood may be back thanks to strong box office debuts for "A Quiet Place Part II" and "Cruella" over Memorial Day weekend. And shares of AMC (AMC) continue to go bonkers after the company announced a new series of perks (such as free popcorn) for the retail investors in the Reddit WSB army that have helped push the stock to a new all-time high.

"Although we expect a sharp domestic box office recovery in 2021 and 2022, we believe that this is reflected in current valuations," Ng wrote in his report. Shares of Cinemark and IMAX fell 4% and 5% respectively. But AMC kept meme-ing on, surging another 25%.

IMAX CEO Rich Gelfond is upbeat though. He recently appeared on the CNN Business Markets Now show and on CNNI's First Move with Julia Chatterley to discuss the comeback for movies.

But Ng noted that even if the movie theater business bounces back to meet current expectations of about $8.2 billion in domestic box office receipts in 2022, that is still a sharp pullback from the pre-pandemic levels of $11.4 billion in 2019.

And Ng thinks investors are ignoring the fact that "the pandemic has further popularized streaming." Thanks to Netflix (NFLX) and Disney+ (DIS), it may be tougher to convince moviegoers to go to the theaters as much as they used to unless it's to see major blockbusters.

US stocks started Wednesday in the green. The Dow and the S&P 500 are both close to all-time highs and could reach fresh records in this session.

The economic calendar is quiet with some releases delayed until Thursday because of the Memorial Day holiday at the start of the week.

Price are rising quickly across huge swaths of the developed world, with inflation in countries that belong to the Organization for Economic Cooperation and Development surging in April to the highest rate since 2008.

Energy price hikes boosted average annual inflation across OECD countries to 3.3% in April, compared with 2.4% in March, the Paris-based organization said Wednesday. That's the fastest rate since October 2008, when the global financial crisis delivered a massive shock to the world economy.

But prices are rising across the world even when volatile food and energy costs are excluded. When those products are omitted from calculations, inflation still jumped from 1.8% in March to 2.4% in April.

The sudden arrival of inflation as economies reboot following the coronavirus pandemic is a major challenge for policymakers around the world. Rising prices are bad news for anyone on a fixed income, and central bankers may be tempted to combat inflation by hiking interest rates or paring back stimulus programs.

A new LGBTQ exchange-traded fund recently launched on Wall Street ... just in time for the start of Pride Month. It's a clear sign that investors recognize the purchasing power and economic clout of members of the LGBTQ community.

The LGBTQ + ESG100 ETF from data firm LGBTQ Loyalty Holdings (LFAP) invests in 100 companies in the S&P 500 that are doing a good job of embracing diversity and equality as well as other environmental and social causes.

Top holdings include many of the big tech firms that dominate the market, such as Apple (AAPL), Tesla (TSLA) and Amazon (AMZN). But the ETF also owns significant stakes in Marriott (MAR), Starbucks (SBUX) and Estee Lauder (EL).

America's recovery from the pandemic downturn has been rocky: Millions of workers — especially women — remain on the sidelines, while parts of the economy are booming and inflation is rising.

Getting people back into the labor force and into a job is now key to keep the recovery going and stop the economy from overheating, according to Minneapolis Federal Reserve President Neel Kashkari.

The US Chamber of Commerce said Tuesday that the nation's worker shortage is getting worse by the day.