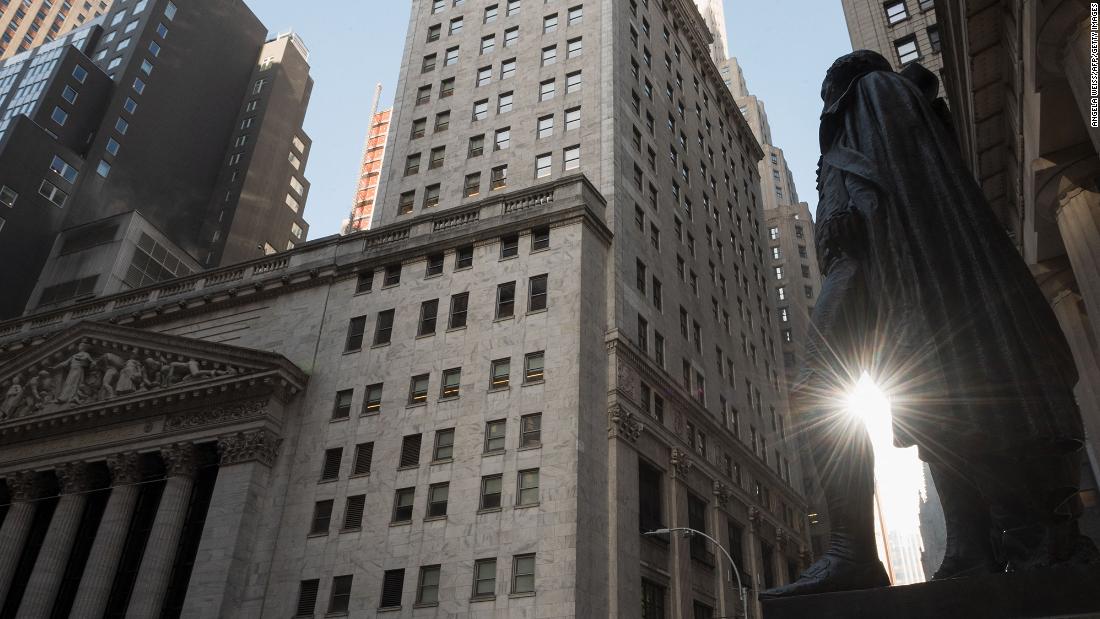 US stocks finished lower on Wednesday even after paring some of their earlier losses.

Worries over rapidly increasing inflation were spurred on by inflation reports from Canada and out of Europe, dragging shares down.

Meanwhile, the Federal Reserve’s meeting minutes suggested that while a temporary increase in inflation is part of its plan, the central bank might need to begin discussing what’s next if the economy continues to make strong progress.

Elsewhere, cryptocurrencies also remained in the red. A crackdown on digital currencies in China led to a steep selloff in various currencies. Bitcoin was down some 10% around $39,700 per coin at the time of the market close.

Inflation is on the rise because the economy is reopening and Americans are spending more money again. Rising energy prices have also boosted inflation over the past months, as raw materials are also getting more expensive.

None of this has been lost on the Federal Reserve, as seen in the central bank's meeting minutes from its last get-together in April.

Fed officials continue to expect prices to jump this summer: "The expected surge in demand as the economy reopens further, along with some transitory supply chain bottlenecks," is expected to contribute to inflation running above the central bank's target of roughly 2%.

"In some industries, supply chain disruptions appeared to be more persistent than originally anticipated and reportedly had led to higher input costs," the central bankers said. But after the transition to the post-pandemic economy, the inflation effect will ease again.

In other words, the Fed is staying the course of not being worried about inflation just yet.

"However, some [officials] are sending signals that they will be comfortable starting to plan for tapering if the economy continues to make rapid progress," said Anu Gaggar, senior global investment analyst for Commonwealth Financial Network.

That's in line with the dot plot, Gaggar noted, referring to a chart that tracks each official's forecast for the Fed's short-term interest rate. Four members said in the March survey that they expect rate hikes in 2022, compared to zero in December.

Inflation continues to be a buzzword in the market as investors fret over spikes in prices that might force a change in the Federal Reserve's ultra-loose policy. While the central bank doesn't have plans to do so, that doesn't seem to calm the market anymore.

Since the pandemic started, fiscal and monetary policy pushed in the same direction with no thought about how to unwind these policies again. Now that those conversations are happening, the market is reacting with volatility, said Brent Schutte, chief investment strategist at Northwestern Mutual Wealth Management.

And while employment is still way down from pre-pandemic levels, he expects the Fed "will sit on their hands until they absolutely have to do something," Schutte added.

That doesn't mean that the Fed is making a mistake. After all, the developed world's central banks struggled with too little inflation in recent years.

Cloud computing platform Fastly (FLSY) did well during the pandemic. But now investors are thinking about how to reposition themselves for the recovery. For tech companies, that could mean more volatility on the horizon.

The company is capitalizing on behavioral shifts that have changed the way people live and work. Retail will continue to move online even after the pandemic is over, for example.

"Right now we're in a massive transition in the economy and the future has never been brighter," Bixby said.

Today's cryptocurrency volatility is messing with investors' heads. But it's important to stay calm. .

"This is par for the course," Quigley said regarding today's selloff.

"Keep in mind as well, we all tend to focus on day-by-day, week-by-week. But that's not how most people buy cryptocurrencies, or even stocks," he added.

Days like today, when cryptos are tumbling, actually are good times to add to positions on the cheap, he said.

One thing crypto investors really should not do, however, is listen to Tesla (TLSA) head Elon Musk, whose tendency to talk about digital currencies can move the market.

"Do not pay attention to Elon Musk's comments about anything in crypto! He knows virtually nothing about cryptocurrencies, that's the worst thing," Quigley said. 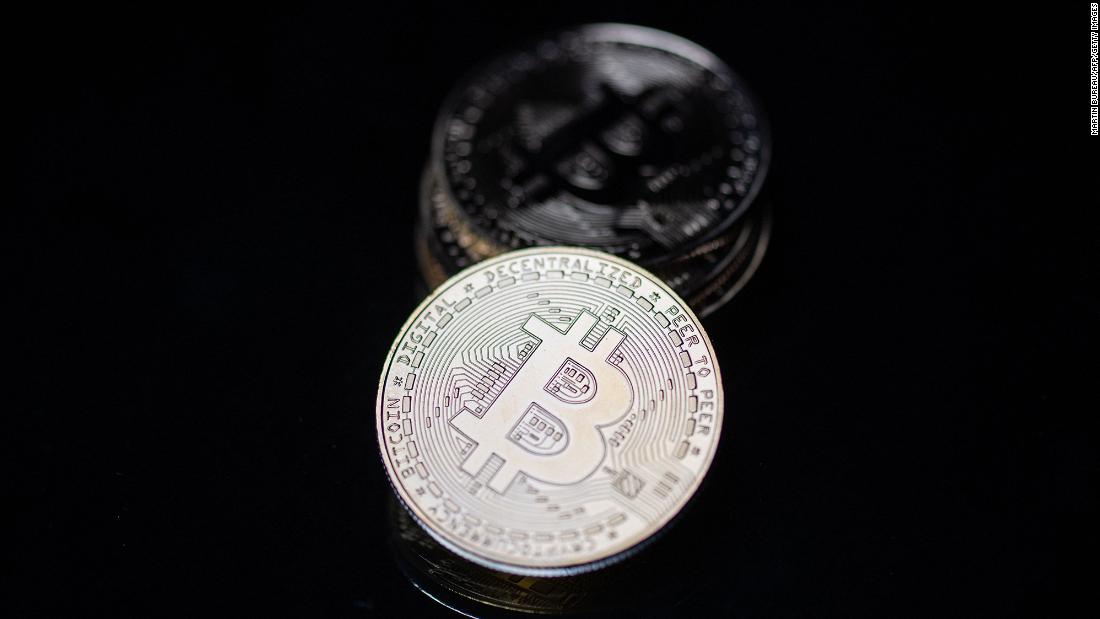 Software firm MicroStrategy, which holds a lot of bitcoin on its balance sheet, is buying the massive dip in cryptocurrencies.

MicroStrategy disclosed in a Securities and Exchange Commission filing Tuesday that it recently acquired 229 bitcoin for $10 million and now owns more than 92,000 bitcoin. At current prices, that's worth about $3.4 billion — more than 75% of MicroStrategy's market value.

But the trouble for MicroStrategy (MSTR) is that nobody appears to be buying the dip in its stock. Shares tumbled 8% Wednesday and are down 17% in the past five days. CEO Michael Saylor, one of the more prominent crypto evangelists among Corporate America execs, continues to tout bitcoin on Twitter, saying he's not selling. Ever.

And the good news for MicroStrategy is that, according to Tuesday's SEC filing, the company spent $2.25 billion to amass its bitcoin stake. So the company is still sitting on a more than 50% return from its purchase price. Its stock is up 15% year-to-date, too.

Still, those gains are fading fast. It doesn't help that Tesla (TSLA) CEO Elon Musk, who is just a tad more famous and influential than Saylor, recently made negative comments about bitcoin and its energy usage -- concerns that have helped contribute to the recent slide.

Other crypto related stocks are plummeting, too. Bitcoin miners Riot Blockchain (RIOT) and Marathon Digital Holdings (MARA) each fell nearly 10% Wednesday. And the recently public crypto exchange Coinbase Global (COIN), which suffered brief outages Wednesday, plunged 6%. The company is now trading below its direct listing reference price and is nearly 50% off the peak levels it hit just last month on its first day of trading. 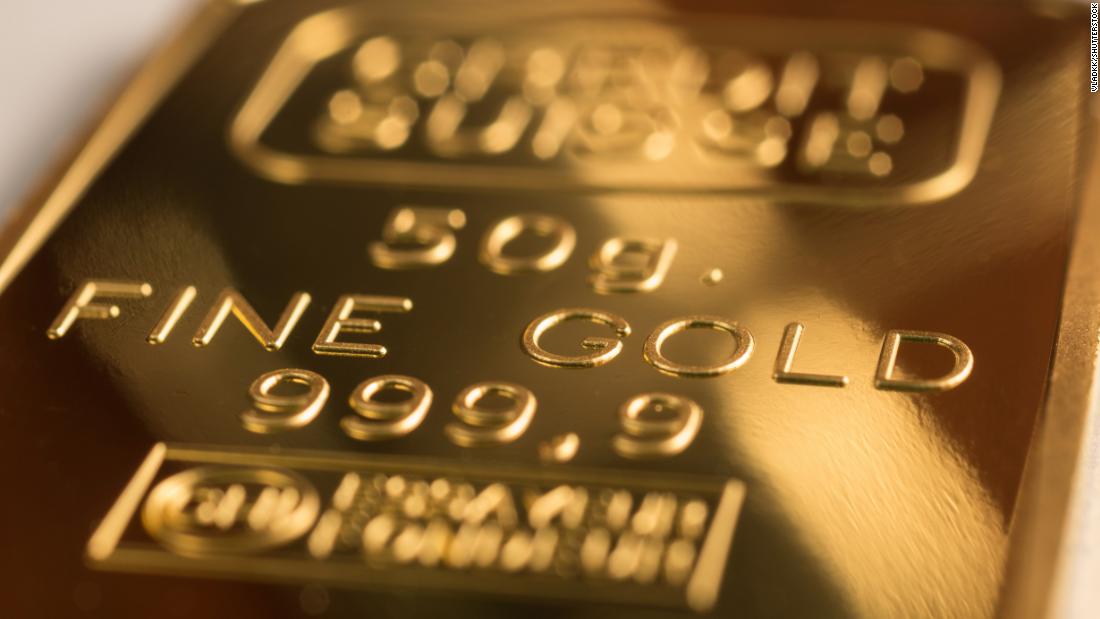 Institutional investors have had enough of cryptos for the moment, according to strategists at JPMorgan (JPM).

"Institutional investors appear to be shifting away from bitcoin and back into traditional gold, reversing the trend of the previous two quarters," they said in a note Tuesday.

"Over the past month, bitcoin futures markets experienced their steepest and more sustained liquidation since the bitcoin ascent started last October," the strategist wrote.

"Perhaps institutional investors are fleeing bitcoin as they see its previous two quarter uptrend ending and thus seek the stability of traditional gold away from the rapid downshifting of digital gold," according to JPMorgan.

Or maybe investors view the price of bitcoin as too high relative to metals. That said, the price hypothesis is getting a reality check today, with bitcoin down nearly 14% to around $37,700 per coin.

What a hectic morning it has been.

After the steep selloff in cryptocurrencies caused disruptions for trading platforms Coinbase (COIN) and Coindesk, both sites are up and running again.

And while the digital currency market still looks pretty red, your favorite cryptos are retracing some of their losses.

The market is sliding deeper into the red, and less than an hour into the trading day the Dow lost more than 500 points, or 1.5%.

Even though the economic calendar in the US is light today, inflation spikes in Canada and the United Kingdom are exacerbating investors' worries about prices rising so severely they would force a change in monetary policy.