Stocks fall after Fed and Treasury chiefs testify: May 19, 2020 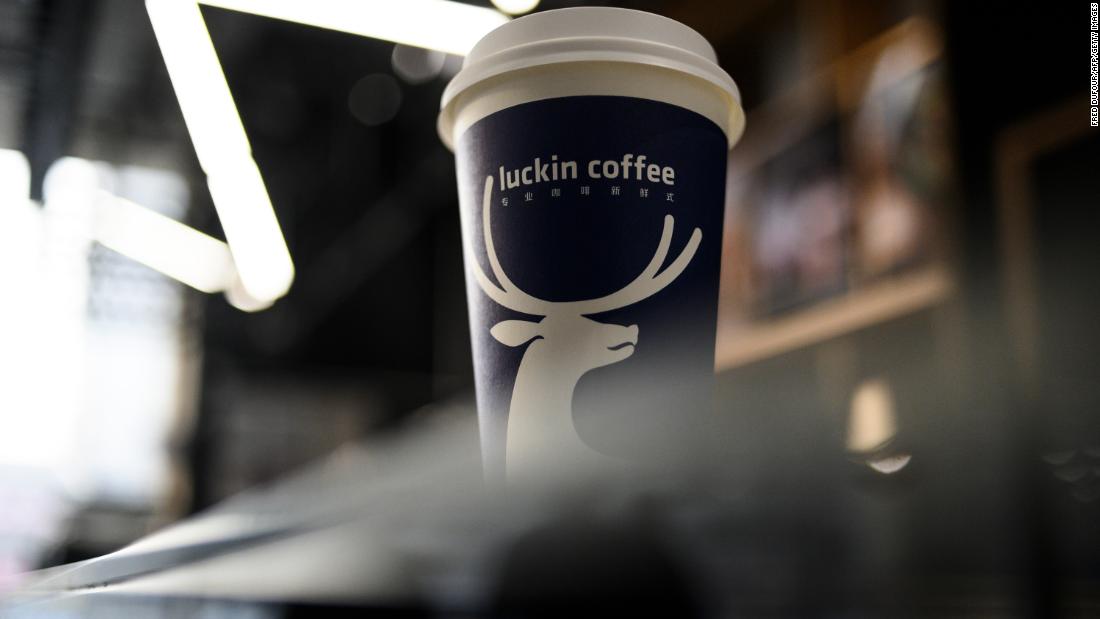 If you were wondering when the shares of scandal-ridden Chinese coffee company Luckin (LK) would trade again, it looks like the answer is never.

Nasdaq informed the company of its plans to delist the shares in a May 15 notice, Luckin said in a regulatory filing late Monday.

In early April, Luckin revealed it had uncovered fabricated transactions as part of an internal investigation into accounting regularities. Shares plunged more than 75% before being halted on April 6.

On May 12, Luckin announced it had fired its CEO as well as chief operating officer Jian Lu -- the latter of whom had already been suspended for misconduct, along with several of his direct reports.

Luckin said in Monday's filing that it plans to request a hearing with Nasdaq about the delisting notice. The stock will remain on Nasdaq until the hearing date, which Luckin said should take place within the next 30 to 45 days.

But it's not looking promising for Luckin, which went public in May 2019 and initially soared on hopes that it was stealing market share from Starbucks (SBUX) in China. As of late last year the company had 3,680 stores. However, bankruptcy rumors have been swirling in light of the scandal. 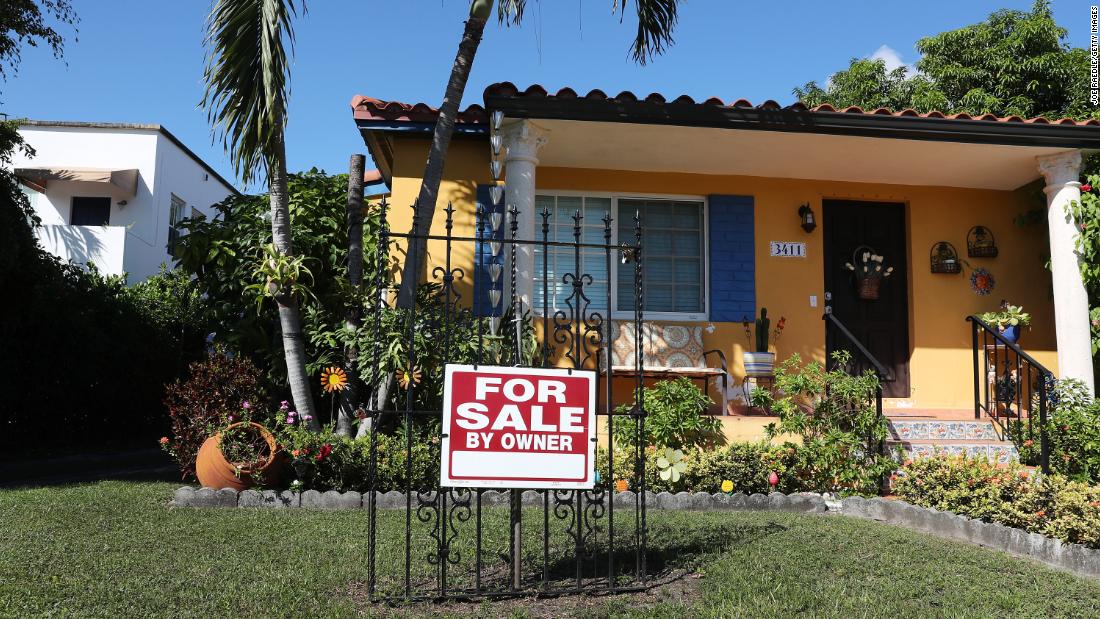 Unlike the 2008 recession, the coronavirus economic downturn is not linked to a housing crisis. But there are still risks in that sector, said Federal Reserve Chairman Jerome Powell during hist testimony before the Senate Banking Committee.

For example, mortgage forbearance programs, which allow home owners to delay their monthly payments if they are affected by the pandemic, might not work as intended and people could wind up losing their homes, Powell warned.

Arizona Senator Martha McSally criticized the Fed for hiring BlackRock to manage some of the asset-purchasing facilities the Fed built to shore up the US economy.

She falsely claimed China "unleashed this virus on America." And although she correctly noted BlackRock holds many investments in Chinese companies, McSally incorrectly called BlackRock an "investment bank."

In reality, BlackRock is a global asset manager, which allows investors to buy into funds that hold various assets.

McSally, a Republican who is facing a tough re-election fight against retired astronaut Mark Kelly, said the Fed needed to ensure China wasn't profiting from "unleashing this calamity on the world."

Federal Reserve Chairman Jerome Powell dismissed McSally's concerns as it pertains to the Fed. He said the Fed hired BlackRock for its expertise in the markets it's trying to buy assets from. He also noted that BlackRock, like all asset managers, holds securities from across the world -- and that its Chinese holdings are irrelevant to what the Fed hired BlackRock to do.

He flagged that the Fed allowed for buying bonds from so-called "fallen angels" -- companies that have been recently downgraded from investment grade to junk -- to ensure there is "no cliff" between the two lending markets, Powell said.

"We're not buying junk bonds generally across the board at all," he added. "We maybe have to lend money to these companies, but even better, they can borrow themselves now."

The program is designed to lend up to $500 billion in loans and $35 billion in credit protection to help states and local governments through the coronavirus recession. 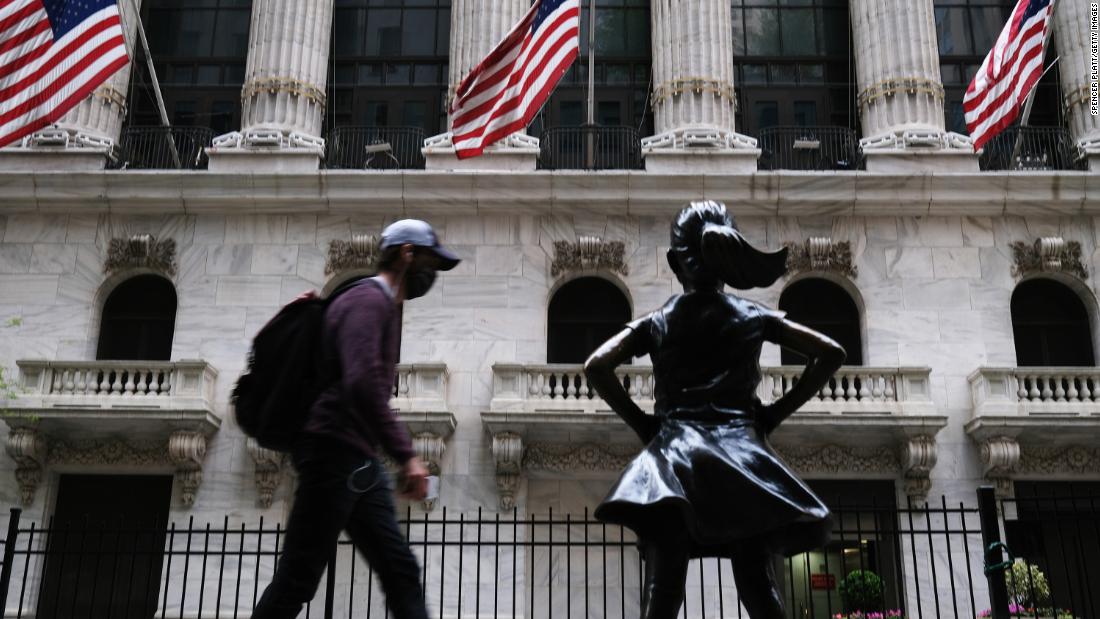 Wall Street just got the six words it was waiting to hear from Federal Reserve Chairman Jerome Powell: "We may have to do more."

Stocks rallied Monday after Powell told CBS' "60 Minutes" that the Fed would continue to act to stimulate the economy if it needed to. Again, today, Powell reiterated that the Federal Reserve will take more action if the economy isn't rebounding as well as it would like.

"We have to take a step ask, 'Is it enough?' and we need to be prepared to act further, and we are if the need is there," Powell testified before the Senate Banking Committee.

Powell said further Fed action will depends on the path of the economy, how the reopening goes and "which path we finds ourselves on."

Senator Elizabeth Warren wants to know why some businesses that are getting federal funding are not required to keep their workers employed.

Congress gave Treasury the authority to dole out $500 billion to shore up mid-sized and large corporations. But unlike the Payroll Protection Program and other small-business lending facilities, which forgive loans when businesses keep employees on their payroll, Treasury did not stipulate anything about big businesses having to do the same.

Elizabeth Warren was displeased, to say the least.

"You're boosting your Wall Street buddies, and you are leaving the American people behind," she said. "You were given the authority to determine the terms ... and those term sheets do not require that a single corporation getting millions of dollars in taxpayer money retain one job."

Mnuchin called that a "very unfair characterization" and noted "different facilities have different requirements." Warren argued Mnuchin has the "specific authority" to determine the terms of the loans for mid-sized and big corporations.

Although Mnuchin said the Trump administration's No. 1 priority is keeping people working -- and he noted certain restrictions on employee compensation, dividends and buybacks for companies receiving loans -- he wouldn't commit to any specific payroll protections associated with big-business loans.

"We expect people to use their best efforts to support jobs," Mnuchin said.

The Federal Reserve's balance sheet is ballooning at the moment because the central bank is buying up lots of securities to support the economy.

But Fed Chairman Powell isn't too concerned about that.

"I would expect that over time [...] the assets that we have on our balance sheet from this era will mature and roll off," Powell said during today's Senate Banking Committee hearing.

The shrinking of the balance sheet will be gradual, and "it will be some years down the road," he added.

What matters more, Powell noted, is the size of the balance sheet relative to the economy. And in the meantime, the enlarged balance sheet doesn't raise concerns about inflation or financial stability, he said. 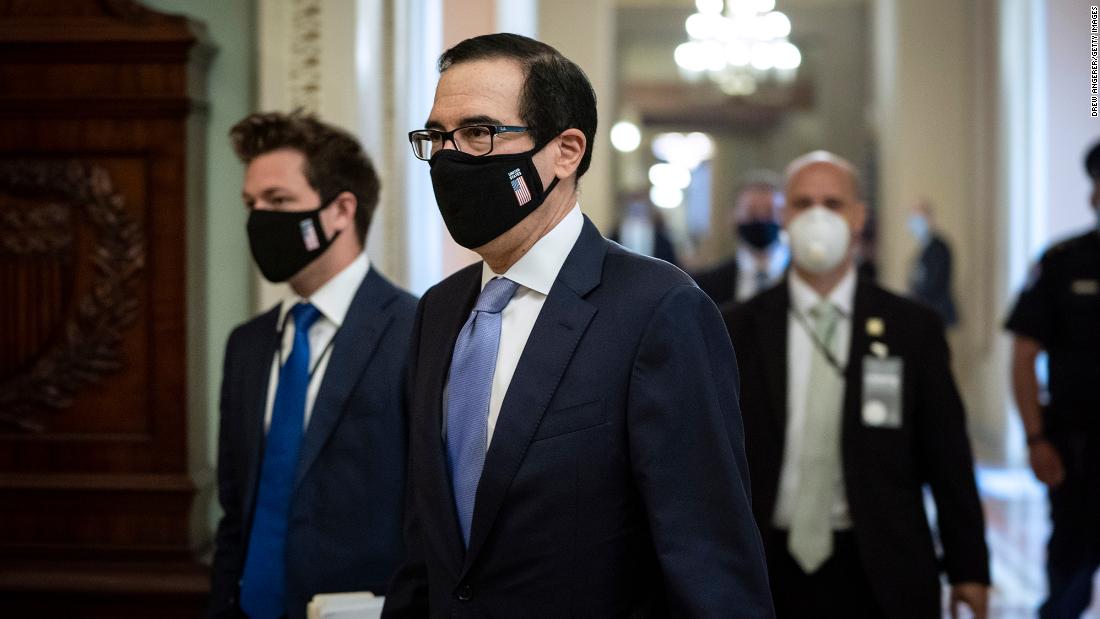 And Treasury is still thinking about medium-term bonds, including 20-year Treasuries. People are still fearful about the long-term future, but compared to the rest of the world, America's looking pretty good ... for now.