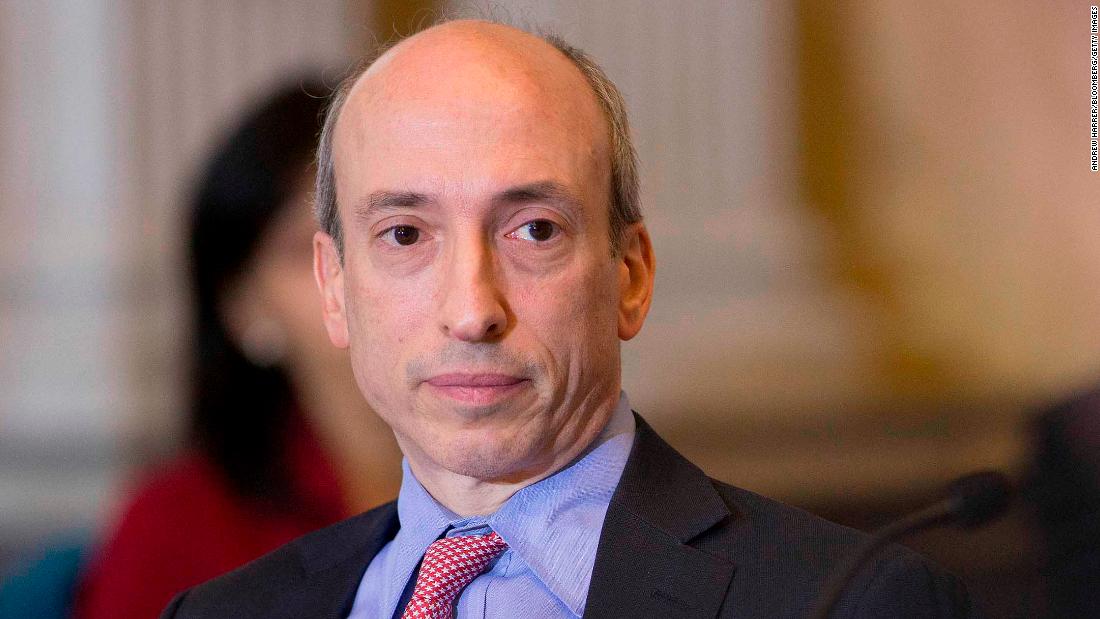 Gary Gensler, the newly installed chairman of the Securities and Exchange Commission, is hinting at new potential regulation following the GameStop saga.

In prepared remarks to be delivered at a hearing on Thursday, Gensler said the SEC is "vigorously reviewing" the GameStop situation for potential violations and he has directed staff to consider whether "expanded enforcement mechanisms are necessary."

In particular, Gensler called out the "gamification" of mobile trading apps, an obvious reference to Robinhood. The SEC chief said regulators must make sure investors are being appropriately protected and rules match current technologies.

"If we don't address this now, the investing public -- those saving for their futures, retirements and education -- may shoulder a burden later," he wrote.

Gensler also questioned whether there are "inherent conflicts of interest" behind payment for order flow, the controversial practice that paved the way for zero-commission trading. He noted neither the United Kingdom nor Canada allow brokers to route retail orders in exchange for payment.

The SEC chief noted the rising market share of Citadel Securities and warned that market concentration can lead to "fragility" and other problems.

Gensler also said the SEC will consider new disclosure rules around the derivatives that masked the staggering size of the positions amassed by Archegos Capital Management, a little-known hedge fund that imploded in March.

US stocks ended mixed on Wednesday, with the Nasdaq Composite dragged 0.3% lower, predominately driven by losses in real estate, utilities and healthcare stocks.

The market calmed down after comments from Treasury Secretary Janet Yellen over potentially higher interest rates sent it lower yesterday, but it leveled out after she walked the comments back later in the day. Solid economic data for private payrolls and the services sector also lent support Wednesday. 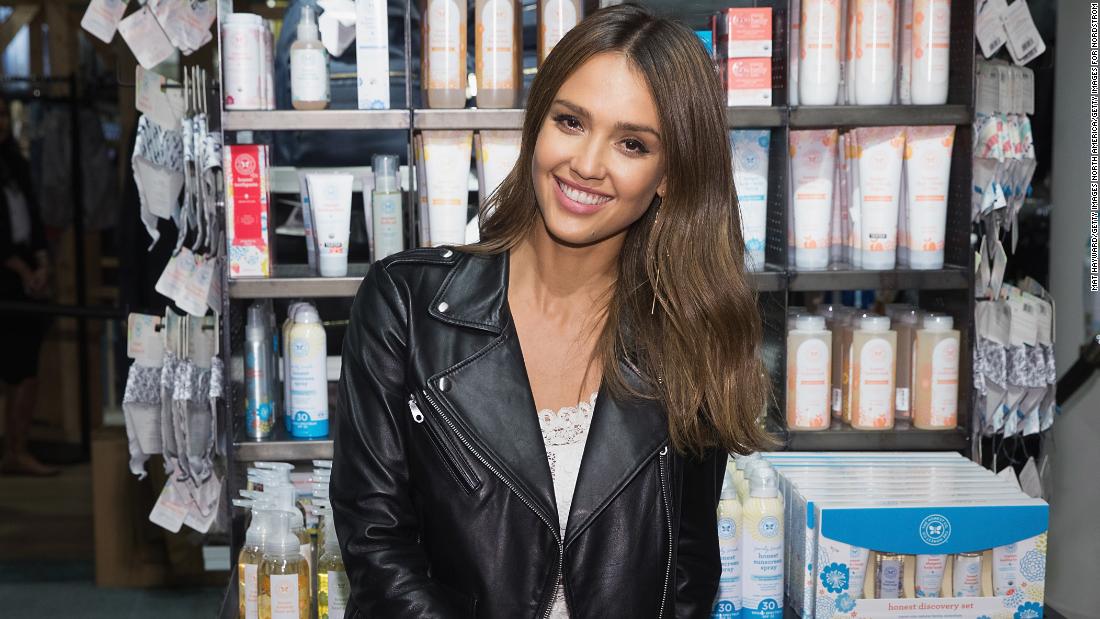 Shares of The Honest Company (HNST) soared more than 40% from their initial public offering price of $16. Trading at $23 a share late Wednesday, Alba's nearly 5.65 million shares of the company — a more than 6.1% stake — were worth about $130 million.

The company is now worth about $2 billion.

Alba, the 39-year-old actress who is The Honest Company's founder, chair of the board and chief creative officer, also received a salary, bonus and other compensation that totaled more than $2.2 million in 2020.

It's vindication for Alba and other executives and investors at The Honest Company. Over the past few years, the firm had been plagued by questions about how safe its products were and whether they truly were as organic as the company claimed.

Rumors flew a few years ago that The Honest Company was preparing for an IPO or sale to a larger consumer products company. Neither happened.

Still, the company continued to grow. Sales rose nearly 28% last year to about $300 million thanks to strong demand for diapers and wipes. The Honest Company still isn't profitable, but losses are narrowing.

So it looks like waiting for the right time to go public has worked out just fine for Alba and The Honest Company. And that's no lie.

Is the market unable to handle the idea of higher rates? Apparently not.

Yesterday's selloff came on the heels of Treasury Secretary Janet Yellen's comments that interest rates may have to rise to keep the economy from overheating.

The stock market doesn't like that idea one bit, because it would make it more expensive for companies to borrow money. That's why investors are watching inflation and other economic indicators like crazy, trying to predict when the Federal Reserve might change its policy.

"What we saw yesterday in reaction to [Yellen's] comments was just a reflection of that fear," said Laura Kane, head of Americas Thematic Investing at UBS Global Wealth Management.

Even though prices are rising as the economy ramps up and supply chain bottle necks add pressure, "our base case is that we'll see bouts of inflation that will work themselves out in the end of the year," Kane told Alison Kosik on the CNN Business digital live show Markets Now.

That puts Kane on the same page as Fed Chairman Jerome Powell, who has stressed again and again that the central bank is not yet ready to talk about raising rates or tapering its asset purchases.

People are ready to go back to the movies.

"It's not a guesstimate, we have data to show that," said Richard Gelfond, CEO of IMAX.

"People have been so boxed in, they want to do something different," he said. And IMAX is that experience, he said.

To be sure, the movie industry was in survival mode during the pandemic, Gelfond said. Projects were put on hold or movies were released directly to streaming platforms. Now the industry has to decide how to evolve into the post-pandemic future.

"We do big global blockbusters, and the evidence is in that they will be theater experiences," he said.

But investors should still be vigilant about what kind of SPAC mergers are on deck and if the companies are really good quality. That's why SPAC IPOs might not be right for retail investors, Moglia said. Instead, the average person investing the stock market might want to wait until a public SPAC is merging with a company.

"When a SPAC comes to market, the SPAC itself is an empty vehicle," he said. So forget its IPO, he added. "Pay attention to the merger company when it’s announced and make your decision then on whether to invest or not."

The Dow has moved past its earlier hiccup and is back in the green at midday.

In fact, all three major indexes are higher at lunchtime.

Peloton (PTON) shares fell about 10% following a massive recall of its treadmills.

About 125,000 treadmills are included in the recall. The Consumer Product Safety Commission said one child died and 70 other people have been injured in connection to Peloton's Tread and Tread+ machines.

Peloton reversed its previous stance of not issuing a recall when the CPSC issued an "urgent warning" last month.

It's mid-morning and the Dow has given up its moderate gains. The index is now flat.

The S&P 500 and Nasdaq Composite remain in the green though they have also come down from the highs. They're up 0.3% and 0.5%, respectively.

Investors got spooked by comments from Treasury Secretary and former Federal Reserve boss Janet Yellen who said interest rates may have to go up to stop the economy from overheating. But Yellen walked back her comments and stressed that the Fed is an independent institution.

Inflation is rising and the US labor market is healing, which could set the stage for a policy change from the Fed down the line.

"With inflation on the rise, the current debate is how long this trend will persist," said Marko Kolanovic and Bram Kaplan, strategists at JPMorgan (JPM).

"The question that matters the most is if asset managers will make a significant change in allocations to express an increased probability of a more persistent inflation. We think that this shift in allocation will happen (regardless of how temporary inflation is)," he said in a note to clients.