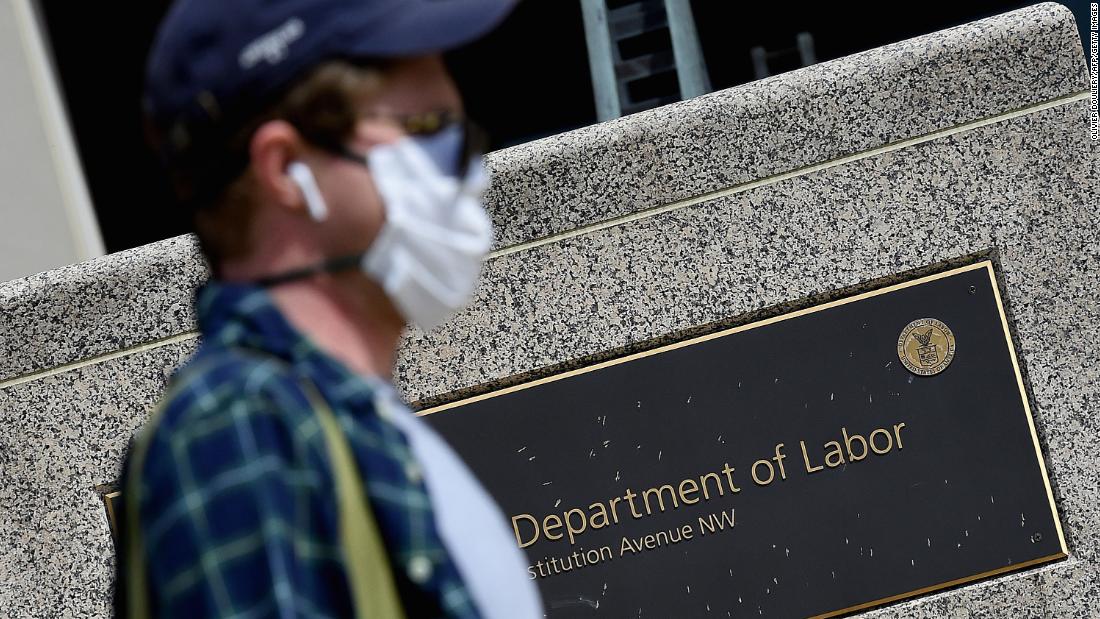 The US unemployment rate may have skyrocketed to 20% in April, two months earlier than anticipated, White House economist Kevin Hassett warned Tuesday.

Last week, Hassett told CNN that the US jobless rate could hit 20% in June, up from just 4.4% in March.

Now, Hassett, a senior economic adviser to President Donald Trump, thinks Friday’s jobs report will show unemployment climbed above 16% to “maybe as high as 19% to 20%” in April. He cited the recent spike in weekly jobless claims.

Economists polled by Refinitiv expect the unemployment rate hit 16% in April. That would be the highest level of unemployment since the tail end of the Great Depression in 1939.

The hope is that the jobless rate will go back down, perhaps sharply, as social distancing restrictions are lifted.

The risk is that a second wave of infections -- or Trump's latest threats to impose tariffs on China -- hinders the recovery.

Hassett told CNN that his 20% unemployment forecast does not include the potential loss of jobs from new US-China tariffs. 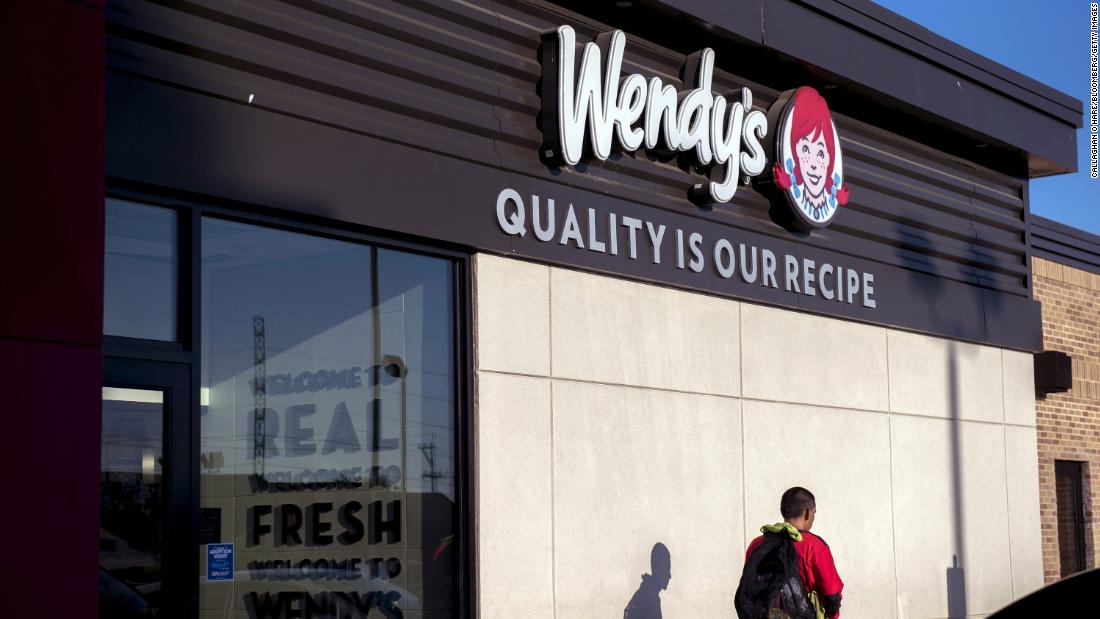 The national meat shortage has come for Wendy's. The fast food chain says some menu items are unavailable, and one analyst estimates nearly one in five of Wendy's restaurants are out of beef.

Around 1,000, or 18%, of Wendy's 5,500 US restaurants are not serving any hamburgers or other meat-based items, according to an analysis of online menus at every location conducted by financial firm Stephens.

Wendy's (WEN) said some of its menu items might be "temporarily limited at some restaurants in this current environment." 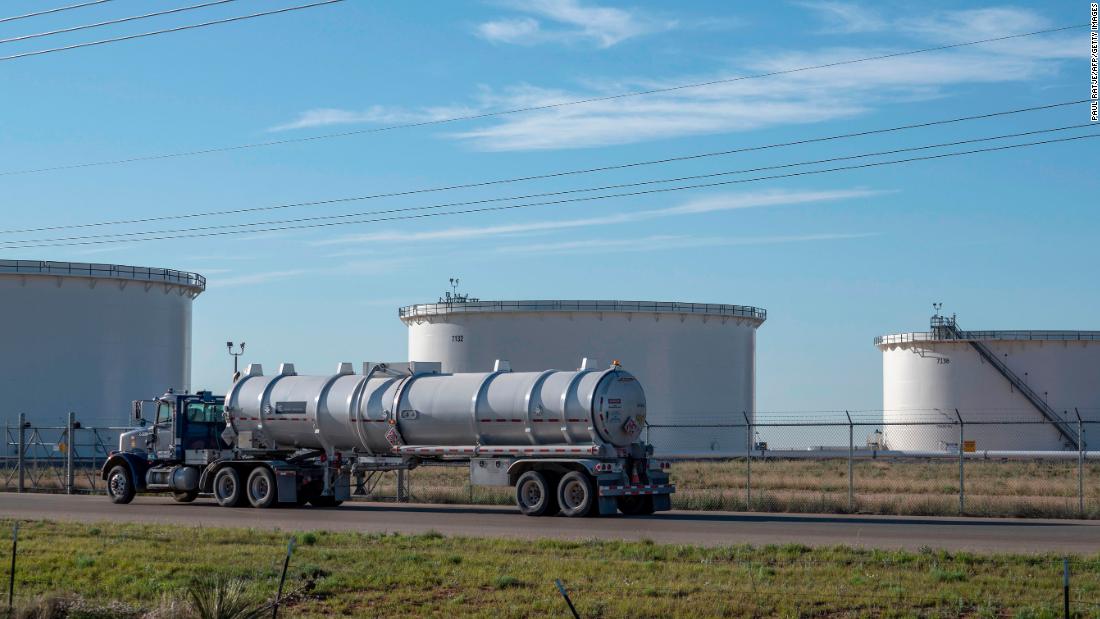 Demand for gasoline is recovering from a historic collapse. And that’s lifting oil prices sharply higher.

Although oil prices remain at depressed levels, they’ve raced back to life since late April on hopes that the worst of the unprecedented decline in demand could be over as some US states begin to reopen.

Gasoline demand in the United States climbed on Monday to the highest level since March 16, according to GasBuddy. Demand is now up 19% from April 6, the lowest Monday for gasoline demand.

The sharp rebound in oil prices is boosting oil stocks, which have been crushed this year by the crash.

Even President Donald Trump, who normally roots for cheap oil, cheered the recovery in the energy market.

Slack CEO Stewart Butterfield is in no rush to bring his employees back to the office.

In an interview with CNN’s Julia Chatterley, Butterfield said he’s told employees the earliest possible return to the office is for the company is September 1.

We're not an organization that needs to go first. I don't think there's any kind of prize for that. We're surviving pretty well in this work from home and remote work environment. So, no pressure to come back to the office and I think we're likely to go last," Butterfield said.

He said the announcement got a mixed response from his workforce, some of whom appreciate the time and safety precautions, while others crave a return to normalcy.

Slack has more than 2,000 employees in 16 offices around the world, from San Francisco to Sydney, Australia.

America's services sector is unsurprisingly struggling during the coronavirus lockdown.

The non-manufacturing purchasing managers' index for April dropped to 41.8 points from 52.5 points in March, according to the Institute for Supply Management. That's the worst reading since March 2009, but it's actually slightly better than economists had feared.

The ISM index is based on a nationwide survey of executives in non-manufacturing industries. The only two of these industries that reported growth in April were public administration, and finance and insurance.

The outlook for business activity in the services sector over the coming 12 months also fell, on worries about when the lockdown will end and fears about how long a recovery will take. That's the first recorded instance of pessimism for the outlook in the history of the report.

Markit's composite PMI, which accounts for both the services and manufacturing sectors, also recorded its sharpest decline on record.

US stocks opened higher on Tuesday, adding onto Monday’s gains, as optimism about the reopening of the economy boosted the market. 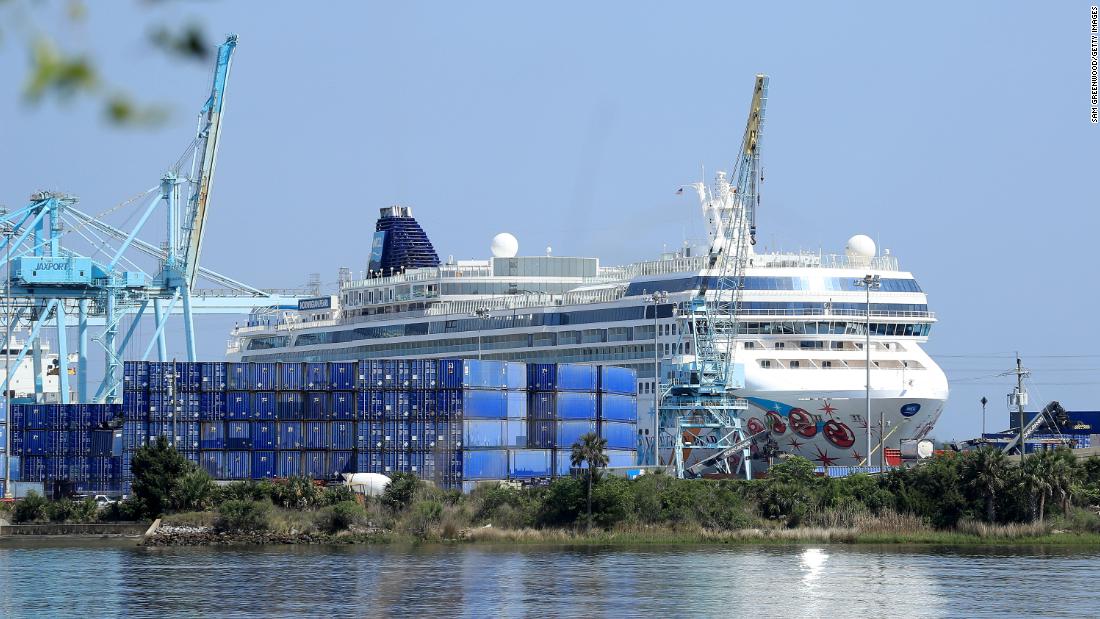 Norwegian Cruise Line Holdings (NCLH) warned investors that it might be forced to go out of business.

In a new filing with the Securities and Exchange Commission, the company said its accounting firm has "substantial doubt" about Norwegian's ability to continue as a going concern because of the Covid-19 pandemic.

Companies with this kind of dire outlook are sometimes able to turn things around and survive, although it often takes a trip through bankruptcy to shed debt and other liabilities in order to do so.