We're less than an hour away from the Federal Reserve's monetary policy update. The central bank isn't expected to make many changes, but Mohamed El-Erian, Allianz Chief Economic Adviser, thinks that's a mistake.

"The Fed will simply revise up its outlook and then do nothing at all in terms of policies," he told Christine Romans during CNN Business' digital live show Markets Now.

Instead, the Fed should start to slowly tap on the brakes, in terms of its bond purchases as well as low interest rates, so that it doesn't have to slam onto them when the economy is overheating, El-Erian said.

"We already have evidence that the inflation in the pipeline will be more than transitory," he added.

Investors have grown worried about a sudden spike in inflation as the economy reopens that could force the Fed to raise interest rates sooner than hoped.

The economy is now surging out of the pandemic, El-Erian said. "We're going to have a very strong year." And the Fed will need to be careful to avoid being caught on the wrong side of it.

But financial markets don't like hawkish words from Washington, and that's holding the central bank back, El-Erian said.

The pandemic has transformed the healthcare industry, be it digital doctor's visits or remote testing kits or still other changes.

"It's pretty dramatic how it's changed," said Anne Wojcicki, CEO and co-founder of gene testing company 23andMe. "Digital healthcare is going to take off from now."

"Without the pandemic you would have not had the push of people trying something new," she said on the CNN Business' digital live show Markets Now. "Digital healthcare is going to take off from now," she said.

23andMe, which provides at home gene testing kits, has been direct-to-consumer from the start. Getting people access to their genetic information will bring about the advent of effective personalized care and better drug discovery, Wojcicki said.

"We weren't rushing to ever be a public company," Wojcicki said. "But Richard Branson knows how to think big and he knows about healthcare." Now is the right time, 23andMe is a mature enough business and Branson is the right partner, she said.

It's lunchtime and the stock market looks about as inspiring as my fridge: Stocks are broadly in the red, and the S&P 500, which started the day slightly higher, has given back its modest gains. The index is now flat.

It's less than two hours until the Federal Reserve's monetary policy decision. We likely won't see major policy changes, but investors will look for clarity on the central bank's economic outlook. The Fed decision at 2pm ET will be followed by a press conference at 2:30.

A month after he laid out a roughly $2 trillion infrastructure plan aimed at helping the nation recover from the coronavirus pandemic, President Joe Biden is set to unveil an additional $1.8 trillion federal investment in education, child care and paid family leave during his first address to Congress on Wednesday.

The massive package -- which Biden is calling the American Families Plan -- is the second half of his effort to revitalize the nation and ensure a more equitable recovery. The proposal would also extend or make permanent enhancements to several key tax credits that were contained in the Democrats' $1.9 trillion rescue bill, which Biden signed into law last month.

The President intends to finance the latest package by hiking taxes on the rich, saying he wants to reward work, not wealth. His new proposed measures would raise about $1.5 trillion over a decade.

US stocks were mixed at Wednesday’s opening bell. Only the S&P 500 opened higher, which could signal another record high today for Wall Street’s broadest index.

There's quite a bit keeping investors on their toes on Wednesday: company earnings, including Apple (AAPL) and Facebook (FB), are due after the close, and the Federal Reserve’s latest policy decision will be announced at 2pm ET followed by a press conference at 2:30pm ET. 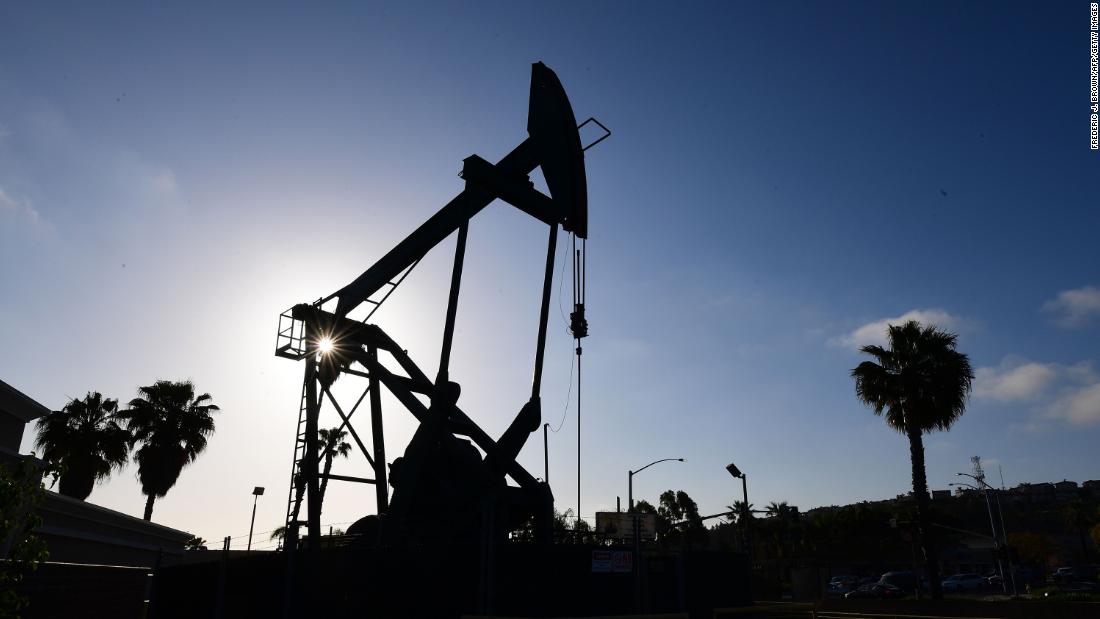 The Wall Street investment bank predicted Wednesday the easing pandemic will cause the biggest jump in oil demand on record. Goldman Sachs expects demand will rise by 5.2 million barrels per day over the next six months.

For context, that would be 50% bigger than the next largest demand spike since the bank began tracking in 2000, the bank said. That's why Goldman Sachs said commodity investors "have looked through" the spike in Covid-19 cases in India.

That in turn is boosting demand for gasoline and jet fuel — both of which cratered last spring as the pandemic erupted. The unprecedented collapse in oil demand, along with excess supply, briefly sent US oil prices below zero for the first time ever.

Oil prices have since rebounded with Brent crude, the world benchmark, climbing above $67 a barrel Wednesday.

The rally may still have legs. Goldman Sachs expects Brent crude will reach $80 a barrel over the next six months before cooling off.

America is emerging from the worst of the pandemic, and that will mean some eye-popping figures when the government releases economic growth data Thursday.

But the big jump — fueled by resurgent consumer spending after a year in lockdown — will still be starting from a deep hole.

Economists predict that the US economy grew at an annualized rate of 6.1% in the first three months of the year — faster the than the 4.3% recorded at the end of 2020, but far slower than the enormous 33.4% jump in the second quarter of 2020 when the economy started to reopen.

An "annualized" rate is not the same as measuring one quarter to the next; annualizing assumes a quarterly rate would continue for a full year. Economists typically use the annualized rate for US GDP because it makes it easier to compare numbers over different periods of time.

US stock futures were mostly flat once again as investors await more corporate earnings and signs that the global economic recovery is taking hold. Wall Street will be watching Federal Reserve Chairman Jerome Powell’s press conference carefully this afternoon for signs of how the recovery is proceeding.

After a difficult year, Starbucks (SBUX) sales are finally bouncing back.

Sales at US stores open at least 13 months jumped 9% in the three months ending March 28 compared with the same period last year. The results pointed to a "full sales recovery" in the United States, CEO Kevin Johnson said in a statement Tuesday.

Globally, same-store sales increased 15%, missing Wall Street's expectations of 16.8% growth. Shares of the company fell about 2% after the bell.

While some restaurants, like pizzerias, have seen sales soar during the pandemic, cafes like Starbucks have struggled. Stay-at-home orders disrupted people's regular commute to work, and many started drinking their morning coffee at home instead of buying it to-go.