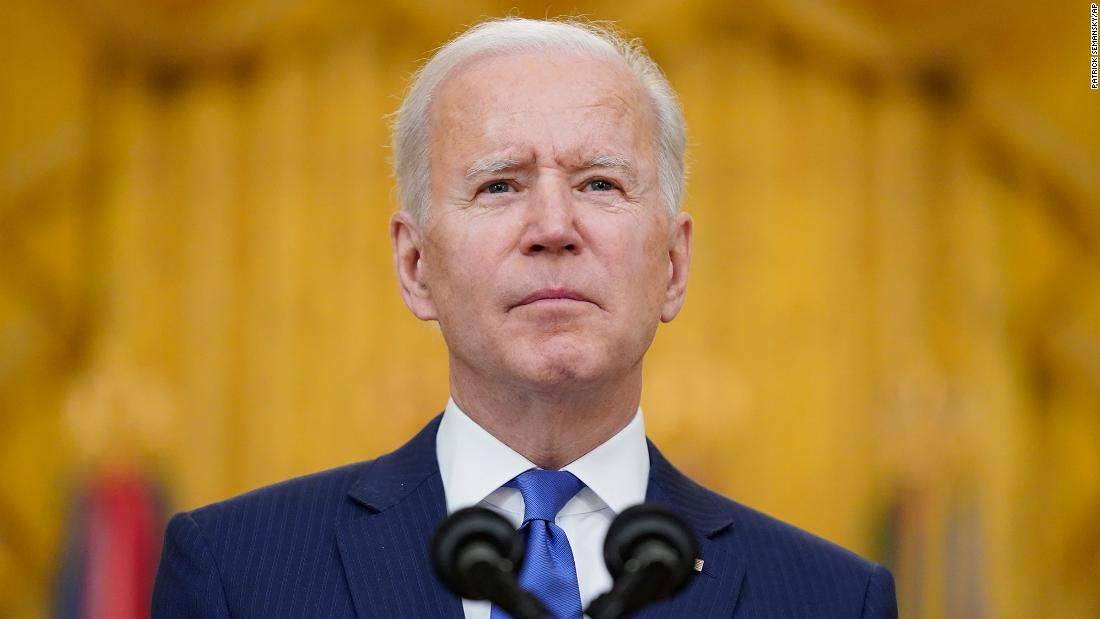 The Business Roundtable, an alliance of US CEOs, warned Wednesday it will fight the Democrats' push to unwind the Trump tax cuts.

"The Roundtable will be actively opposing efforts to raise corporate taxes," Josh Bolten, the group's CEO, said in response to a question from CNN Business during a press briefing.

During the campaign, President Joe Biden proposed raising the corporate tax rate to 28%. That would be up from 21% currently but below the 35% it stood at prior to the GOP tax overhaul.

Biden officials have indicated they will look at the corporate tax rate as a way to raise revenue for an infrastructure package.

"After decades of decades of having an uncompetitive tax rate, we have finally arrived at a competitive US tax rate," said Bolten, who served as a chief of staff to former President George W. Bush, as well as his director of the Office of Management & Budget.

Bolten pointed to the "good fruits" of the Trump tax cuts, including a strong stock market, historically low unemployment and strong investment.

The Trump tax law failed to live up to the hype, however, with many businesses sharing the windfall with shareholders via large stock buybacks.

The debate over a fair corporate tax rate will heat up later this year, pitting Democrats against the business community.

Today's consumer prices report was in line with expectations and soothed worries among investors that inflation will spike and force the Federal Reserve to raise interest rates sooner than anticipated.

But economists still believe that the spring, and the full reopening of the economy, will bring an increase in prices.

The most likely outcome is that after a spring peak, inflation will fall back while remaining above 2% for longer than at any other time over the past decade," wrote Gregory Daco, chief US economist at Oxford Economics.

There are three reasons for the expected price jump, according to Daco: First, comparisons to the prior year will make the relative increase bigger. Energy prices, which already accounted for the much of the price increase in February, will likely stay elevated. On top of that, spending and investing will pick up as the economy reopens. That's a potent mix to boost prices.

Another aspect is the way the inflation index is calculated, said Nancy Davis, founder of Quadratic Capital Management.

Shelter, which is mainly accounted for through urban rents, is distorted because "people have scorned city life for suburbs," according to Davis.

"Right now, some housing markets are booming, but some aren't and that is keeping the CPI down," she said. 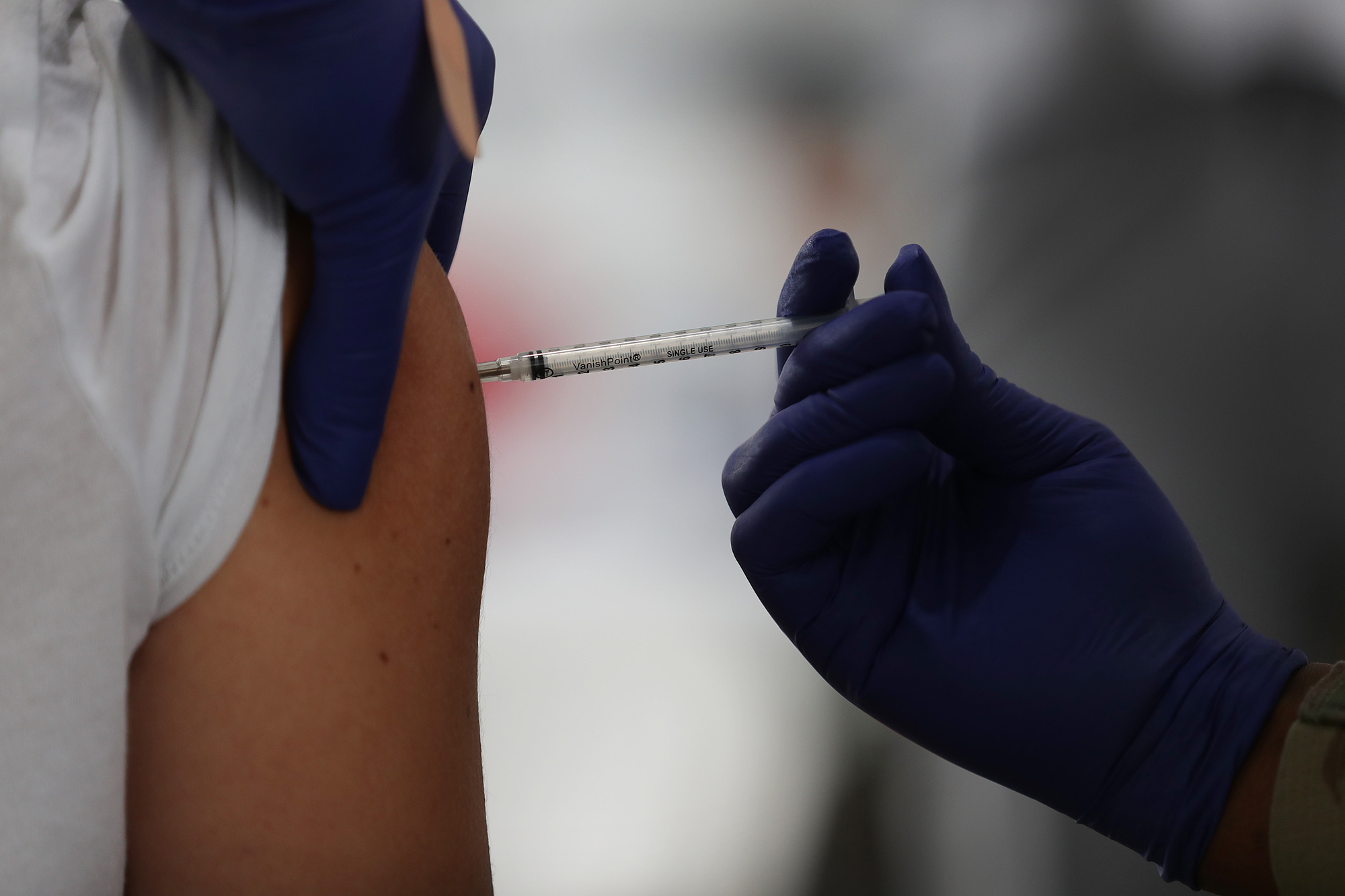 Corporate America is growing more confident about the economic recovery as vaccinations continue to accelerate.

The Business Roundtable said Wednesday that its CEO Economic Outlook Index jumped by 21 points during the first quarter to the highest level since early 2018 after the Trump tax cuts were enacted.

Business leaders signaled plans to accelerate hiring and capital spending, and they expressed optimism about the outlook for revenue.

Nearly three-quarters (72%) of CEOs say conditions for their companies have already recovered or will have recovered by the end of 2021. That's up from 67% of CEOs who said that at the end of last year.

CEOs also upgraded their economic outlook, though not to the degree that Wall Street economists have.

The CEOs surveyed by the Business Roundtable project 3.7% GDP growth for 2021, up from 1.8% previously. However, Goldman Sachs is calling for 6.9% GDP growth, which would be the fastest pace since 1984.

Business leaders are calling for Washington to take further steps to enhance the economic rebound: CEOs expressed support for recovery legislation that prioritizes investment in traditional infrastructure, broadband and steps to encourage business investment and R&D.

This suggests the C-Suite is even more supportive of the plan than Americans at large, as a CNN poll released Wednesday showed 61% of the public supports the legislation.

"This is a big day and we're very thankful for what the administration is getting done and what Congress is getting done with this bill," American Airlines CEO Doug Parker said during the Yale event.

But business leaders are also concerned the Biden plan may be too expensive: Of the leaders polled by Yale, 61% say the $1.9 trillion package goes too far, while just 27% say it is just right.

"But they still like it. There's a paradox," said Jeffrey Sonnenfeld, founder of Yale's Chief Executive Leadership Institute.

Parker, the American Airlines CEO, said there will always be those who think something can be done for less.

"That's not the bigger point," he said. "The bigger point is there is broad public support for this bill. And that's certainly true among those of us that are running airlines."

Not even an hour into the trading day, two of the three major stock indexes are sharply higher.

The Nasdaq Composite, meanwhile, pulled back a bit, but is still up 1%. 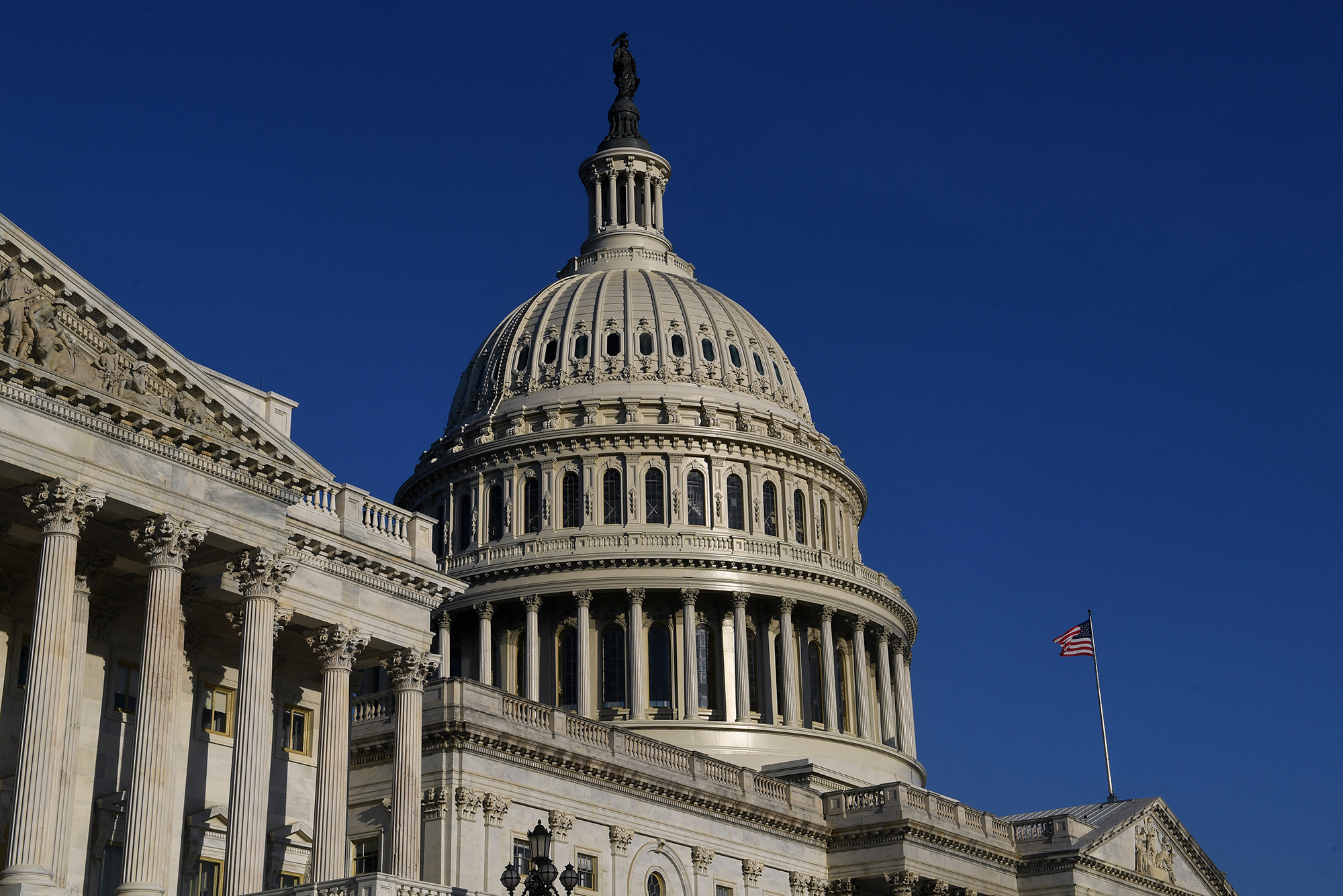 The House is about to vote on the final version of a $1.9 trillion stimulus bill that aims to juice the American economy.

Some critics have said the giant spending bill poses a dual threat to the US economy: overheating and inflation. White House Council of Economic Advisers member Jared Bernstein told CNN's Poppy Harlow today that he shares those concerns — but the risk of not doing anything outweighed the risk of spending too much.

"When you're a White House economist, there's absolutely nothing you're not concerned at all about. I literally obsess on inflation statistics, including looking at the ones that came out this morning which show core prices, which is the most important gauge, year-over-year, 1.3%.
That's backward looking. You have to look at inflation expectations. They remain well anchored.... The Federal Reserve said people expect inflation to stay in the kind of range that it's been. That's very helpful for actually keeping it there. But let me tell you, it's not that there is no risk of down-side problems.
It's that we've balanced the risk and the bigger risk is not doing enough."

"It's a humongous package. No one is pretending $1.9 trillion is not a lot," Richmond said during the Yale CEO Caucus.

But Richmond, the former chairman of the Congressional Black Caucus, pointed to the enormous challenge in vaccinating 300 million Americans. "It's a logistical nightmare," he said.

"We went big because we thought it was a big problem. And we're going to go out now and educate people about the benefits of it so they can take part in it," Richmond said.

Of CEOs and other business leaders polled during the Yale event, 61% said they think the American Rescue Plan goes too far.

But Richmond compared the pandemic to the devastation in New Orleans after Hurricane Katrina.

Stocks opened higher on Wednesday, continuing their rally from the day before.

Inflation, the bogeyman of Wall Street, increased in line with economists expectations in February, keeping the good mood going for the market. The 10-year US Treasury bond yield was modestly weaker at 1.54% around the time of the opening bell.

Consumer prices are getting higher — especially for gas.

Overall, US consumer prices climbed by 0.4% on a seasonally adjusted basis in February, just as economists predicted, the Bureau of Labor Statistics said today. That's slightly higher than January's 0.3% rise.

Year-over-year, prices rose 1.7%, also in line with expectations and up from 1.4% in January.

The main culprit: gas prices. The gasoline price index jumped 6.4% in February, accounting for more than half of the overall jump.

Investors have grown nervous about a potential spike in inflation when the economy fully reopens this summer. The worry is that this dynamic could force the Federal Reserve to raise interest rates sooner than anticipated, and that's sparked a recent rally in government bond yields.

But stocks, which don't like the idea of higher interest rates, aren't fussing. Futures for all three major stock indexes were in the green ahead of the opening bell.