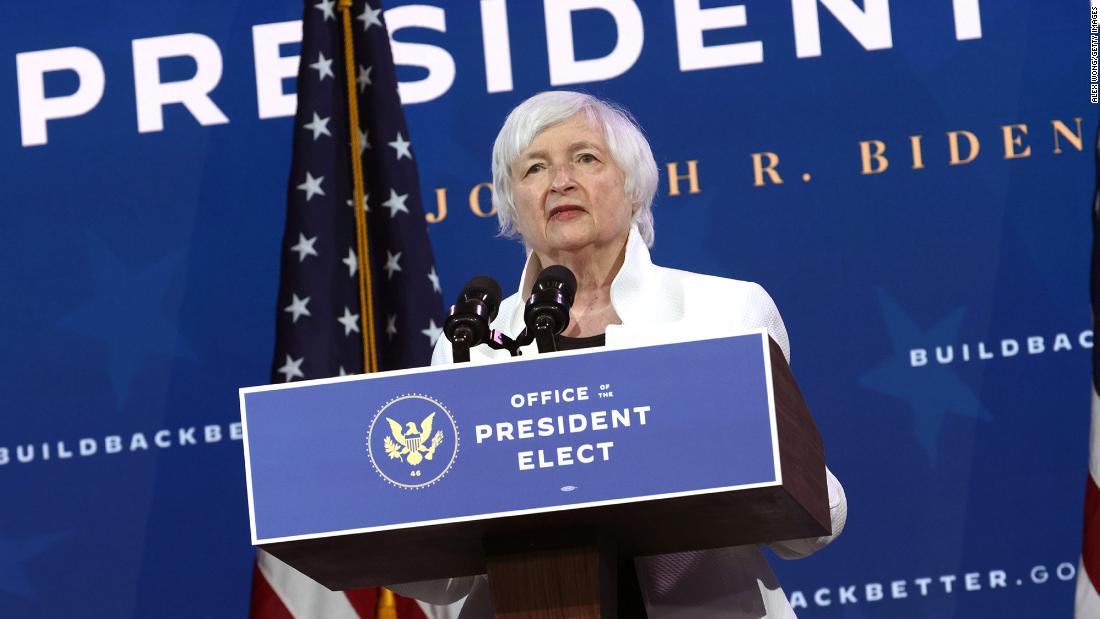 Treasury Secretary Janet Yellen has called for a meeting of the nation’s top federal regulators in response to the Reddit-driven turbulence on Wall Street.

The summit is expected to include regulators at the Securities and Exchange Commission, the Federal Reserve, the New York Fed and the Commodities and Futures Trading Commission (CFTC).

“Secretary Yellen believes the integrity of markets is important and has asked for a discussion of recent volatility in financial markets and whether recent activities are consistent with investor protection and fair and efficient markets,” a Treasury spokesperson said in a statement.

The meeting is expected to occur this week, according to a Treasury official.

That trend has reversed this week, with GameStop tanking and the broader markets rebounding.

US stocks started the day mixed on Wednesday. Investors have moved on from GameStop (GME) mania to focus on tech earnings and the big news of Amazon (AMZN) CEO Jeff Bezos stepping down.

Meanwhile, the ADP employment report showed much better-than-expected job gains for January, which could bode well for Friday’s government jobs report, even though the two aren’t correlated.

Well that was better than expected.

The ADP employment report for January showed 174,000 private sector jobs were added to the economy, beating economists' expectations of 49,000 new jobs by quite a bit.

Mid-sized businesses gained the most jobs at 84,000.

The education and health sectors hired the most, followed by the professional and business segment and leisure and hospitality.

In December, the ADP report registered a loss of 78,000 jobs.

This bodes well for other employment data coming out this week. Even though the ADP report and the government official data aren't correlated, experts keep a close eye on trends in the former.

The government' official jobs report for January is due Friday morning at 8:30 am ET. Economists predict 50,000 jobs have been added, a partial reversal of the prior months losses. But the unemployment rate is expected to remain unchanged at 6.7%. It would be the third month in a row that the jobless rate has stayed flat, showing just how much the recovery has stagnated.

Hedge funds, investment bankers and other institutional investors are desperate to find the next GameStop -- before it's too late.

That's why Thinknum Alternative Data quickly built and launched a tool that provides its hedge fund and investment bank clients a ranking of the most-mentioned stocks on WallStreetBets as well as the Stocks subreddit.

The tool gives sophisticated investors a way to avoid getting their short positions blown up -- and the option to bet in tandem with retail investors.

The inbound inquiries from people asking about the dataset has been insane. I've never seen anything like it," Justin Zhen, Thinknum's co-founder and president, told CNN Business.

US stock futures are on the rise again, showing Wall Street’s resilience even as bubble talk remains rampant. With GameStop fever and silver mania quieting, investors are focused on solid tech earnings and Amazon’s CEO transition.

Strong earnings reports from Amazon and Alphabet late Tuesday are helping give Nasdaq futures a boost, in particular. A number of other tech companies report earnings today, including PayPal, eBay and Qualcomm. 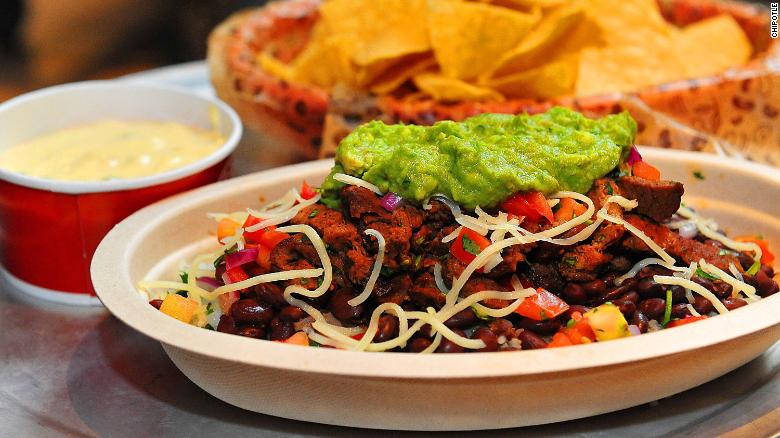 The addition of carne asada to Chipotle's (CMG) menus boosted its fourth quarter sales, the company said in its earnings late Tuesday.

Same-restaurant sales rose 5.7% for the period ending December 31, helping the chain rake in $1.6 billion in revenue. Digital sales soared 177% compared to the same quarter a year ago, slightly below the 202% it grew in the third quarter.

No matter what happens next to shares of GameStop and AMC or the price of silver, average Joes and Janes are now an undeniable force to be reckoned with on Wall Street.

That's partly due to trading restrictions from Robinhood and other brokers on how many shares of volatile stocks like GameStop, AMC (AMC), Express (EXPR) and Nokia (NOK) that retail investors can purchase in a single stock at a time.

Amazon (AMZN) founder Jeff Bezos will step down from his role as chief executive later this year and transition to the role of executive chair, the company said. He will be replaced by Andy Jassy.

Bezos has been Amazon's CEO since its founding in 1995. He oversaw its growth from an online bookseller into a $1.7 trillion global retail and logistics behemoth, which has also made Bezos into one of the world's richest people.

Jassy has worked for Amazon since 1997 and currently serves as CEO of the company's cloud business, Amazon Web Services, its biggest profit driver.

The company's shares were essentially flat shortly after the market closed Tuesday. Amazon's stock has grown nearly 69% over the past year.

Google (GOOGL) is providing a deeper look into the financials of its cloud business, and it doesn't look great.

Google Cloud posted an operating loss of $1.2 billion in the final quarter of 2020, 4% worse than a year earlier, the tech giant reported Tuesday. The unit lost $5.6 billion for the full year, an increase of nearly 21%.

The company's overall business is doing just fine, however, with a net profit of $15.2 billion — up 43% from the same period last year — on revenues of nearly $57 billion, up 23% and higher than analyst estimates.

Stock of its parent company, Alphabet, jumped more than 6% in after-hours trading.