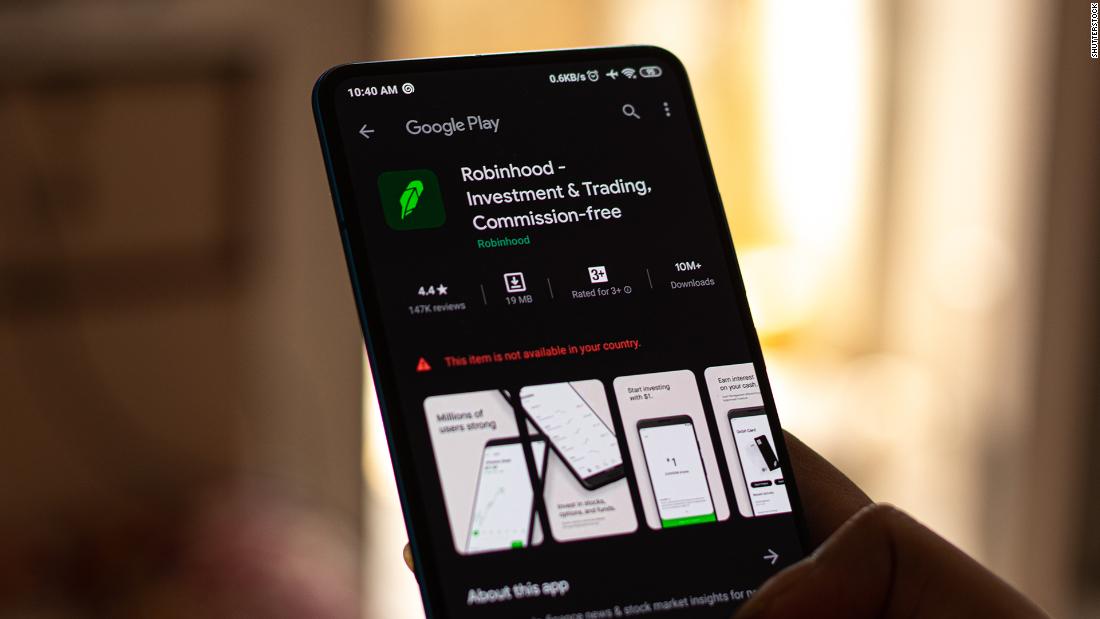 Robinhood is imposing restrictions on trading of GameStop and AMC after a mob of Reddit users sent the companies' shares to the moon.

Robinhood, the free trading app that caters to millennials, has raised its margin requirements on both GameStop (GME) and AMC (AMC) to 100%. That applies to both the initial margin requirement and maintenance.

Margin accounts at brokerage firms allow investors to buy stocks (and other securities) with borrowed money. However, brokers must require investors to maintain a minimum amount of equity as long as they hold onto the stock. FINRA requires a 25% minimum maintenance margin. If the equity dips below that level, investors face a "margin call" that requires them to deposit more funds or securities.

The fact that Robinhood has now increased that threshold to 100% signals the brokerage app is concerned about the extreme volatility in GameStop and elsewhere.

"They don't want to take a hit if the stock goes from $300 to $50 in a minute -- which is possible," said Joe Saluzzi, co-head of trading at Themis Trading.

Robinhood's maintenance margin requirement is just 25% for less volatile stocks such as ExxonMobil (XOM) and Bank of America (BAC).

Oil industry executives slammed President Joe Biden’s moratorium on new oil and gas leases on federal lands as an attack on the industry that will backfire.

Biden is expected to order a freeze of new leases on federal lands and waters as a way to fight the climate crisis.

Sommers said that while the API shares Biden’s goal of addressing climate change, the order is “nothing more than an import more oil policy that will weaken US energy leadership, hamper the economic recovery and undermine national security.”

Officials from New Mexico, a state that could be hit particularly hard by the leasing freeze, warned of a hit to local revenue.

“Our state’s education budgets depend heavily on oil and gas revenue,” said Ryan Flynn, president of the New Mexico Oil and Gas Association. 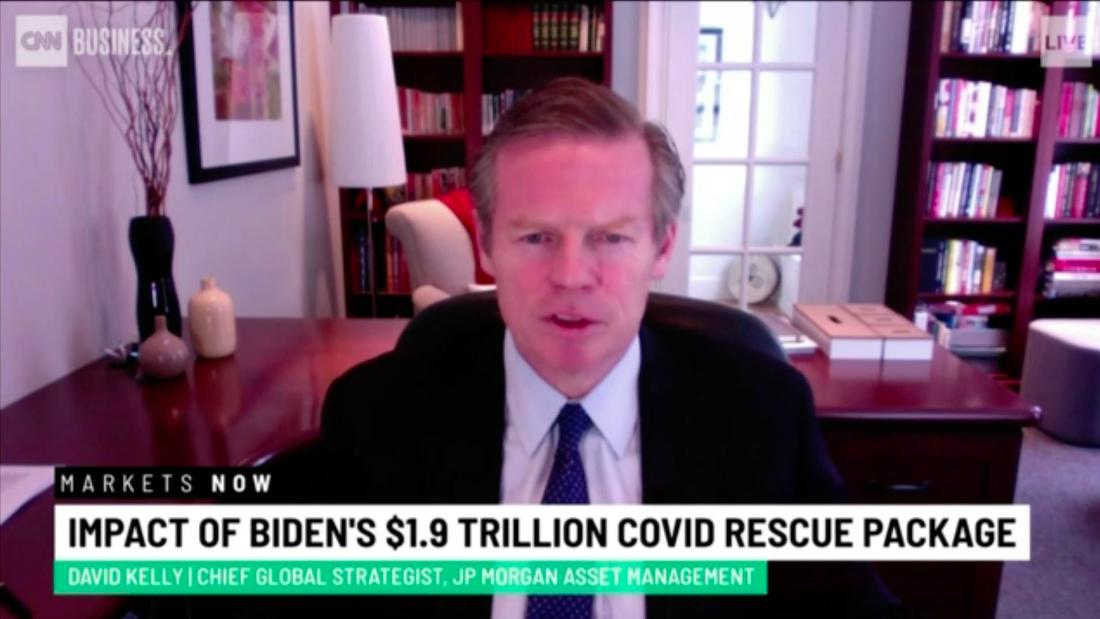 Kelly expects the Fed to keep interest rates low at its monetary policy update at 2pm ET. The press conference will begin at 2:30 pm ET.

Supporting the economy through the recession is vital to get the nation back on track, so getting more stimulus passed shouldn't be a major problem. The bigger question: what comes afterwards?

"The question is do you have the intestinal fortitude to raise interest rates, to raise taxes when the economy is strong enough again," said Kelly. 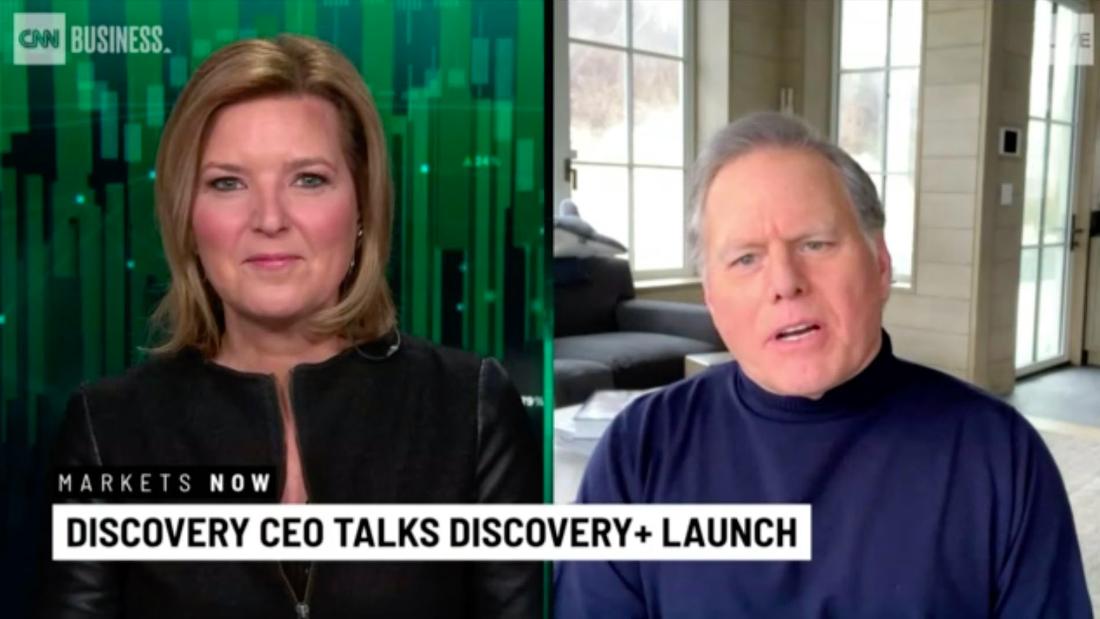 There's no letting up in the streaming wars. Discovery+ launched this month, but the company sees itself as a complementary service to other streamers, not a head-to-head competitor. Not being a first mover isn't a problem for the company.

"But 50% of what people watch on TV aren't the scripted series," Zaslav said. That's where Discovery+ comes in, which includes channels like Discovery Channel and Food Network and shows unscripted shows like those on TLC.

"We have the most original content of anybody right now, because we're able to produce," he said. "We think it's the perfect time for Discovery+."

The insane surges in GameStop (GME) and AMC (AMC) shares have caused at least one top online broker to curtail trading in the two stocks on Wednesday.

TD Ameritrade, owned by Charles Schwab (SCHW), said in a statement that "in the interest of mitigating risk for our company and clients, we have put in place several restrictions on some transactions in Gamestop and AMC and other securities."

"We made these decisions out of an abundance of caution amid unprecedented market conditions and other factors," TD Ameritrade added.

GameStop more than doubled Wednesday and has soared nearly 720% in just the past five days. AMC skyrocketed more than 200% Wednesday.

Both stocks have been propelled by individual traders on Reddit's WSB board as well as customers of popular brokerage firm Robinhood. Each stock has been targeted by short sellers who believe the recent price surges are overdone.

But since short sellers have to borrow stock and sell it -- and eventually have to buy back the shares and return them -- the bullish comments and buy-by-the-day traders are causing big losses for hedge funds betting against GameStop and AMC. That has driven the stocks even higher, known as a short squeeze.

How about some escapism from this mad day? Let's talk about tomorrow.

The big economic releases are on deck: weekly jobless claims and the first look at fourth quarter GDP. Both reports are out at 8:30 am ET.

Weekly jobless claims haven't looked encouraging lately and tomorrow's report is unlikely to change that. Economists predict another 875,000 Americans filed for first-time unemployment benefits last week. That's would be a slight decline from the prior week's 900,000 but still far above the pre-pandemic level. The numbers do not include claims for the pandemic-specific government programs.

Continued jobless claims, which count workers who have applied for benefits at least two weeks in a row, are expected to stay flat at 5.1 million.

Meanwhile, we'll get the advance read of US gross domestic product, the broadest measure of economic activity, for the fourth quarter. Economists predict GDP grew at an annualized rate of 4%.

In a normal year, that would be something to celebrate -- an A+ for Trump's final economic report card. But 2020 was no normal year and the economy remains far from its pre-pandemic glory.

It's lunchtime in New York but if you're watching the market you might have lost your appetite as all three major indexes are sharply lower.

A combination of profit-taking following stock rallies, investors awaiting corporate results in the busiest week of earnings season, and the Federal Reserve's monetary policy update this afternoon are all weighing on the market today. Oof.

But there are still some bright -- perhaps too bight -- spots in the market. GameStop (GME) and AMC (AMC) are still rallying, boosted by prolific Reddit users and retail investors who think Wall Street "experts" have got it all wrong.

GameStop (GME) is undoubtedly the stock of the week. The gaming retailer spiked Monday after retail investors chatting on Reddit talked the company up, forcing a massive squeeze among short sellers.

Is your head spinning yet?

Well, this momentum might not last, according to analysts at Bank of America (BAC).

GameStop has underperformed for years, they noted, adding that hopes for a turnaround will likely not be enough to really offset the structural pressures the company faces.

The pandemic has forced GameStop to shift more online, where 30% of its sales are now generated -- and which GameStop bulls see as a major opportunity. But Bank of America is still skeptical:

Very simply, the more business that shifts from in-store transactions, the more difficult it will be to sell high margin pre-owned and collectibles merchandise which accounted for 46% (estimate) of gross profit dollars in 2019," said BofA analysts in a note.

Bank of America's price target for GameStop is $10 ... and the company currently trades at more than $370 per share. 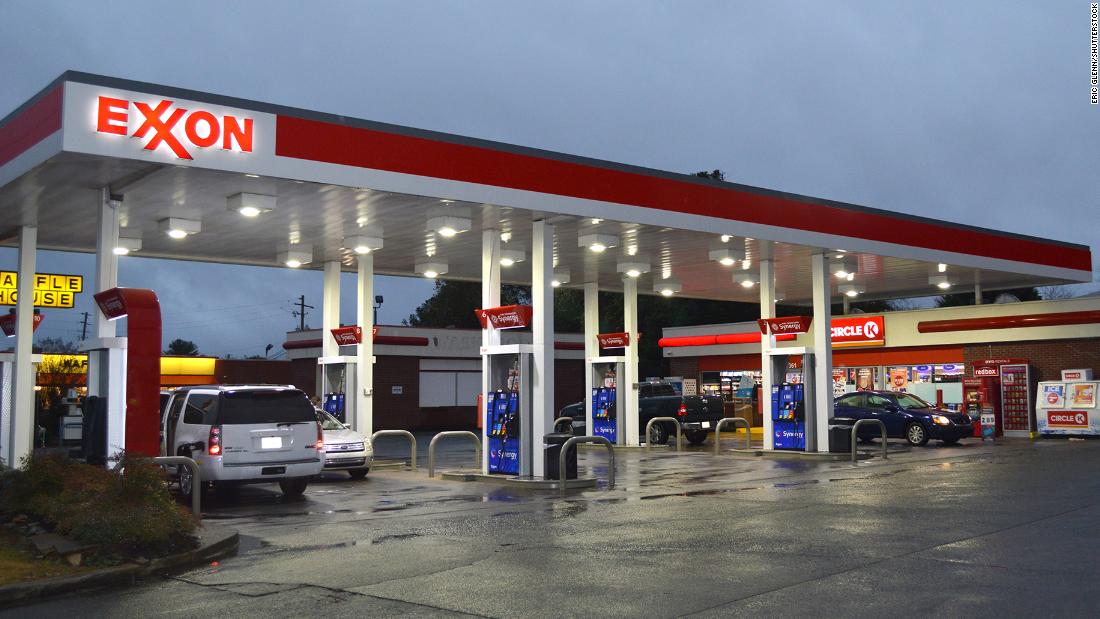 For the first time in modern history, ExxonMobil is facing a battle to oust its board of directors.

Engine No. 1, a new activist investment firm, carried through on its threat to nominate four independent director candidates to Exxon's board. The fact that Exxon (XOM) faces a credible board fight underscores how disillusioned shareholders are about the iconic company's staggering decline.

Exxon needs a "clean break from a strategy and mindset that have led to years of value destruction and poorly positioned the company for the future," Activist No. 1 said in a statement.

In a statement, Exxon said it has been in talks with Engine No. 1 since mid-November and the company's board affairs committee will "evaluate" the investor's nominees.

Exxon promised to update investors in the coming weeks on its "strategy to build long-term, sustainable value for shareholders."

The struggling company is discussing adding one or more new directors to its board and stepping up sustainability investments, the Wall Street Journal reported, citing unnamed sources.

Engine No. 1 said a "reactive short-term approach is no substitute for a proactive long-term strategy that addresses the threats and opportunities facing the company in a changing world."