US stocks ended at all-time highs Wednesday. The inauguration of President Joe Biden and expectations for more government stimulus, in addition to a so far successful earnings season, pushed the market higher.

The inauguration is the focus of the day but once the festivities end the nation's attention will return to battling the economic crisis.

Tomorrow's jobless claims report is expected to be a mixed bag, and not a particularly good one.

Economists polled by Refinitiv expect another 910,000 first-time applications for unemployment benefits in tomorrow's report, a slight decrease from the prior week's 965,000 claims. At the same time, it would still be an exorbitantly high number, signaling that the jobs crisis is remains in full swing.

Continued jobless claims, which count workers who have applied for aid for at least two weeks in a row, are expected at 5.4 million, and increase from the prior week's 5.2 million.

Continued claims trail initial claims by a week, and after the last report's increase in first-time applications, it makes some sense to see an uptick. One way or another it's a bad sign.

The Labor Department will release the weekly report tomorrow morning at 8:30 am ET.

President Joe Biden has a plan for more pandemic stimulus to get the economy back on track. This is fueling optimism in the stock market, but investors shouldn't be short-sighted.

"The real question is what happens for the rest of Q1," Krishna Memani, chief investment officer of the Lafayette College Endowment, told Christine Romans on the CNN Business digital live show Markets Now.

Memani believes this is the start of a new bull market, as government stimulus and vaccine distribution will help the market throughout the year.

"It's a reflation trade for now," something that is common after economic downturns, but "whether that's sustainable in 2022, 2023 remain the question," Memani added.

Another stimulus package will boost the growth outlook for this year and help the share prices of cyclical businesses. But the real question is what comes after that, Memani stressed. 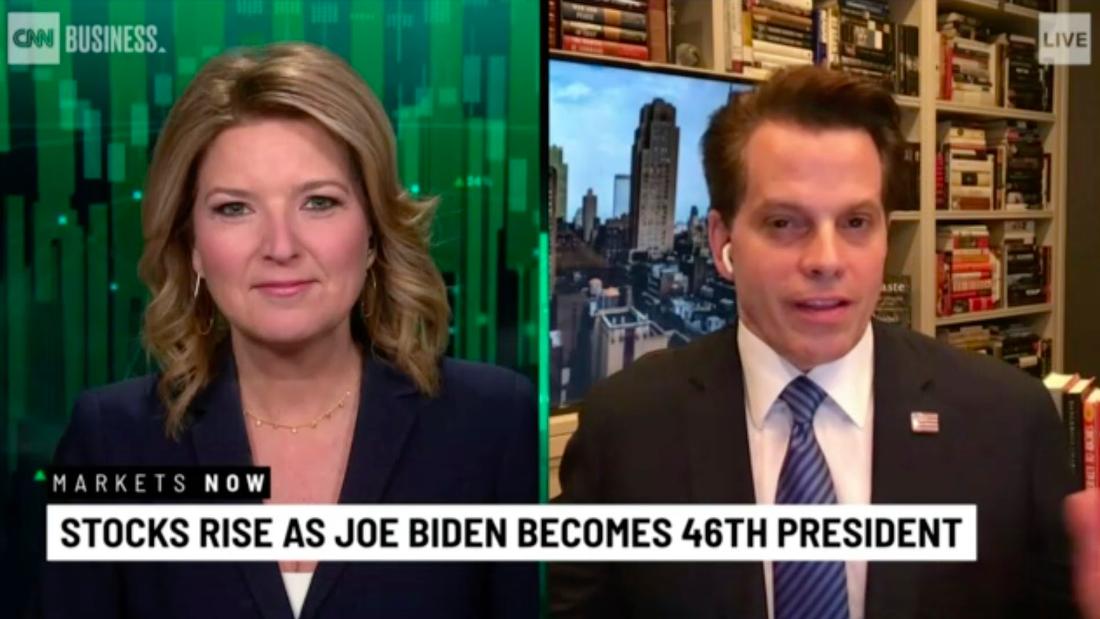 President Donald Trump has left Washington, but there is a lot of uncertainty in his future, including his impeachment trial in the Senate.

"I do think he has to be prosecuted, he has to be tried in the Senate," said Anthony Scaramucci, founder of Skybridge Capital and former White House communications director, on the CNN Business digital live show Markets Now.

"We lost 13 million jobs on his watch, 400,000 people died from Covid-19," he said, adding that Trump lost the popular vote twice and during his term the House and Senate flipped to the Democrats. And at 34%, Trump's approval rating is the lowest ever for a president.

"I predict that he will not be able to run [for office] again," certainly not as a Republican nominee, Scaramucci said.

As for President Biden,"I'm with him," Scaramucci said. "I think the nation’s business leaders are with him," and corporate America is also standing behind the new administration. 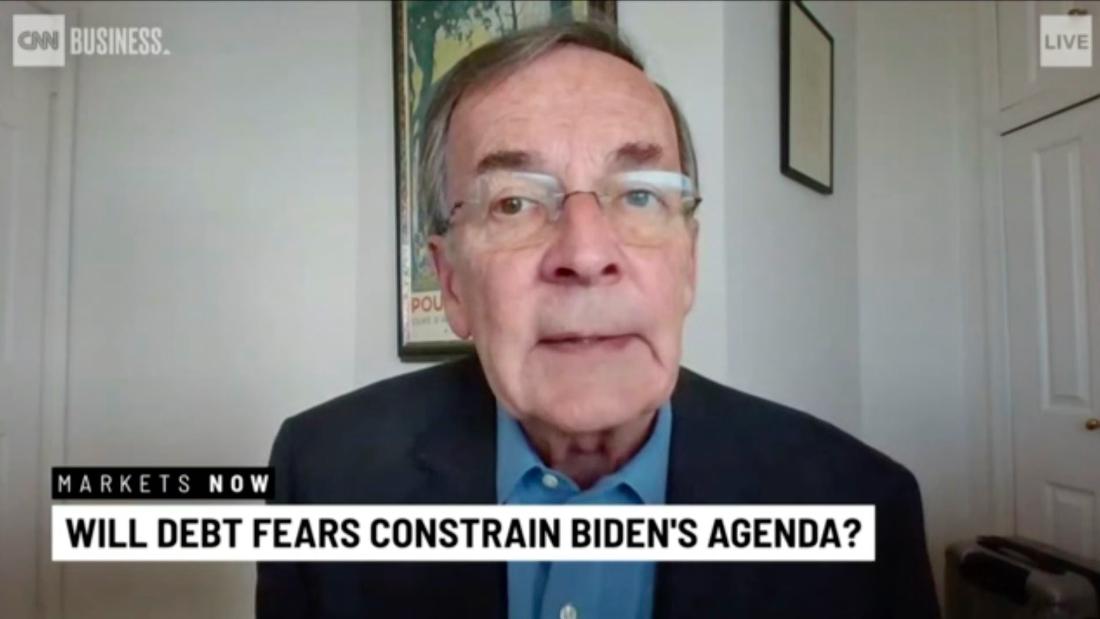 Joe Biden is the 46th President of the United States and stocks are rallying. All three indexes are on track for record highs. Hopes for more government stimulus is fueling this move higher.

"I think the markets are right," in being optimistic, said Greg Valliere, chief US policy strategist at AGF Investments.

I think for the markets there was a signal yesterday from Janet Yellen that they're not fooling around," he said.

Former Federal Reserve boss Yellen is Biden's pick as Treasury Secretary. During her confirmation hearing Tuesday she urged Congress to "act big" with respect to the next stimulus bill.

Biden is proposing a $1.9 trillion package but there might be some push back on pandemic relief given the ballooning of the US deficit, Valliere told Christine Romans on the CNN Business digital live show Markets Now.

"We might get $1.5 trillion in this first bill, nothing to sneeze at," he said.

An hour into the trading day, stocks continue to climb higher while all eyes are on Washington where Joe Biden will be sworn in as President.

All three are on track to set new closing records today.

US stocks opened in the green on Wednesday as the inauguration of President-elect Joe Biden is getting underway in Washington.

President Donald Trump leaves office with a stock market near record highs. That said, the market performance under the Trump administration fell short of that under previous presidents.

Grocery chain Lidl said Wednesday that it will offer its workers an extra $200 in pay if they get the Covid-19 vaccine.

The incentive will help workers offset the cost associated with receiving the vaccine, such as travel and child care, the German-based grocer said in a news release. Lidl said it will accommodate employee schedules for their vaccine appointments.

Lidl, which has more than 6,000 US employees, said it conducted an internal survey of its workers, and nearly 8 in 10 of them said they plan to get the vaccine as soon as it is available.

Lidl joins a growing number of large US chains that are offering their workers incentives to get vaccinated, including Aldi, Dollar General (DG), Trader Joe's and Instacart.

The stock market is certainly not the best indicator of the economy’s health, or of a president’s track record. But throughout his four years in office, it clearly was President Donald Trump’s favorite metric. He often tweeted in all caps about “ALL TIME HIGHS!!!” for stocks, even as the country grappled with surging coronavirus cases and high unemployment during the pandemic.

Now, as he wraps up his last day in the White House, where does Trump’s beloved stock market stand? As of Tuesday’s market close, the S&P 500 was up 67% since his Inauguration Day in 2017.

Here’s how that performance stacks up to stocks at the same point in other modern presidencies (1,006 trading days, to be exact): Stocks were up 83% at this point in Barack Obama’s presidency, amid the recovery from the Great Recession. They were much weaker under George W. Bush, down about 13% because of the September 11th attacks and the dot-com bust. Stocks were up 75% four years into Bill Clinton’s presidency, and 25% into Ronald Reagan’s.