Why Wall Street is ignoring chaos in Washington 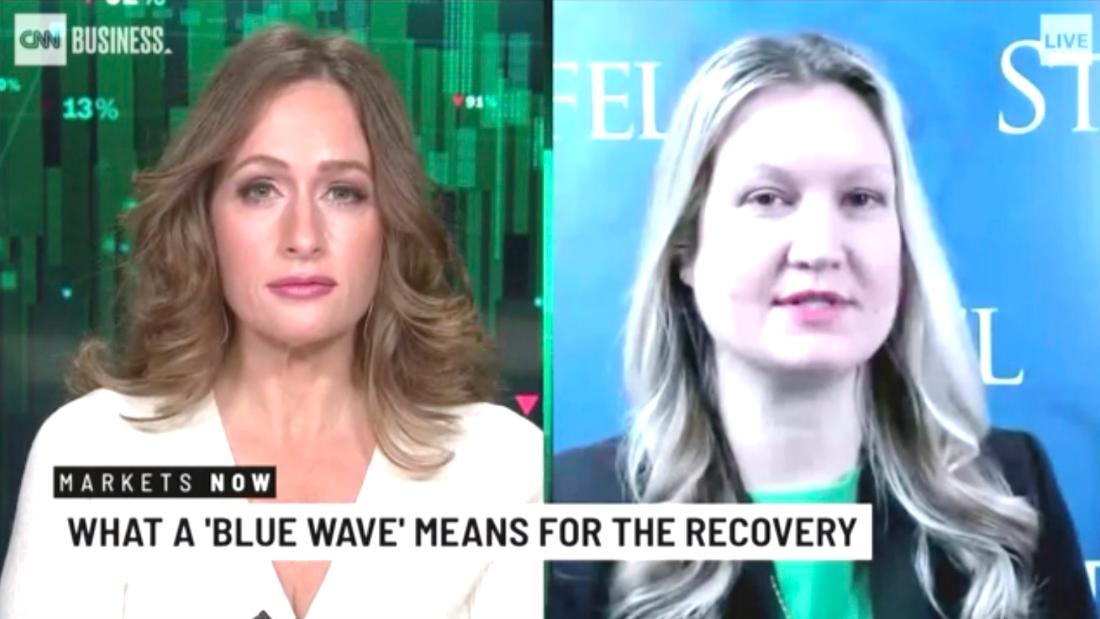 The runoff election in Georgia could deliver a blue wave and hand over Senate control to Democrats. This would be good news for President-elect Joe Biden and his economic agenda.

But it's unlikely that Washington will see fringe or far-left policies, she added.

More fiscal aid is likely, which is boosting the market today. And lawmakers have to do more to supplement and artificially support the economy.

"Additional fiscal aid is needed, but it has to be done in a very methodical, very careful manner," Piegza said. "We can't continue to rely on indefinite government support. At some point we have to get back to organic growth."

It's already lunchtime and stocks are still on track for a record-breaking day.

Even though the major indexes have come back a bit from their morning peaks, the Dow and the S&P 500 are still on pace to end the session at fresh all-time highs.

And all this while economists have updated their forecasts for this Friday's jobs report for the worse! Experts now predict the unemployment rate will rise to 6.8%, the first increase since April. Clearly, the reaction to the Georgia runoff election is outweighing worries about the job market today. This may be in part because a single party controlling the Senate, the House and the White House could mean the incoming Biden Administration will have more leeway in getting the country out of the current crisis. 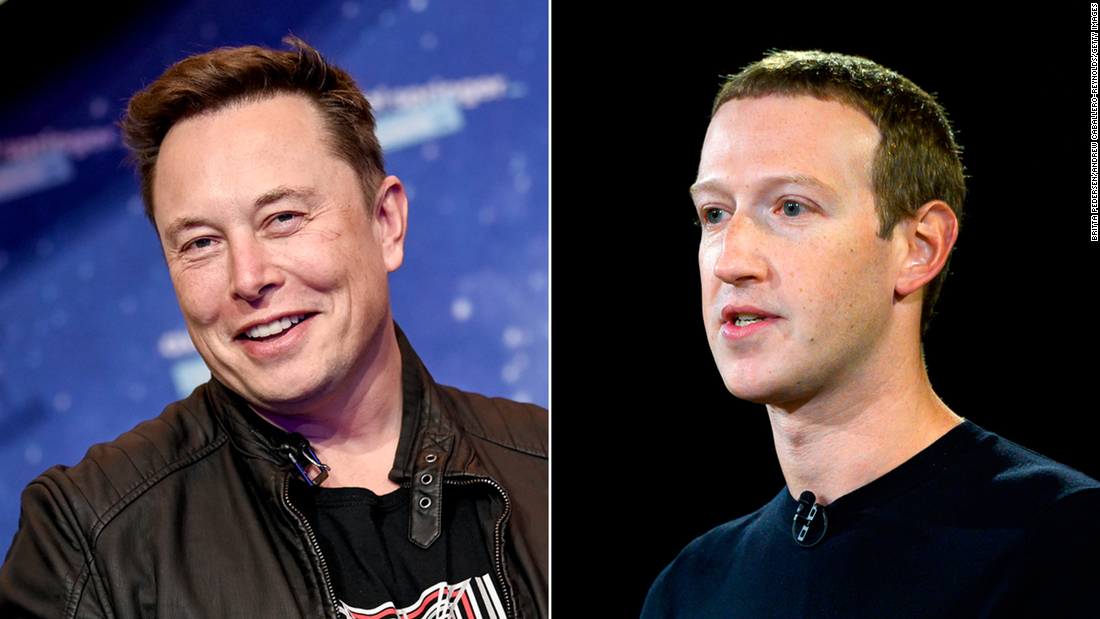 Shares of Tesla (TSLA) rose 4.5% Wednesday morning to hit a new all-time high. Tesla, which was just added to the S&P 500 last month, now has a market value just above $725 billion. Meanwhile Facebook (FB) dipped nearly 1.5%, a move that dropped its market value to a little more than $760 billion.

That $35 billion or so gap isn't too big in the grand scheme of things: Tesla is worth only about 4% less than Facebook.

But if Tesla passes Facebook, it would become the fifth most valuable company in the S&P 500 -- trailing only Apple (AAPL), Microsoft (MSFT), Amazon (AMZN) and Google owner Alphabet (GOOGL).

Still, Tesla still has a fairly long way to go before it's in the same league as this Fab Four. Microsoft, Amazon and Alphabet are each worth more than $1 trillion, while Apple's market value is a stunning $2.2 trillion.

Read more about how Big Tech dominates the market.

The only way seems to be up for stocks today, and we're squarely in record territory.

If the market closed now, both the Dow and the S&P 500 would be at an all-time high. The Nasdaq Composite still has a few more points to go to make the day historic.

An hour into the trading session, stocks have turned around and are now pointing higher.

Investors have changed their minds, apparently, about Wall Street's fortunes with what looks to be a Democrat-controlled Senate (CNN has not yet called the second runoff race in Georgia). With Democrats in control, higher taxes and increased regulation of businesses are more likely.

But a so-called blue wave could also mean more stimulus -- much-needed to help the flailing US economy.

The Dow is leading the pack, surging 1.3% higher, up 410 points. If it closes at its current level, it would set a new record.

The Nasdaq, which started the day looking like it was going to tank, is now 0.1% higher. 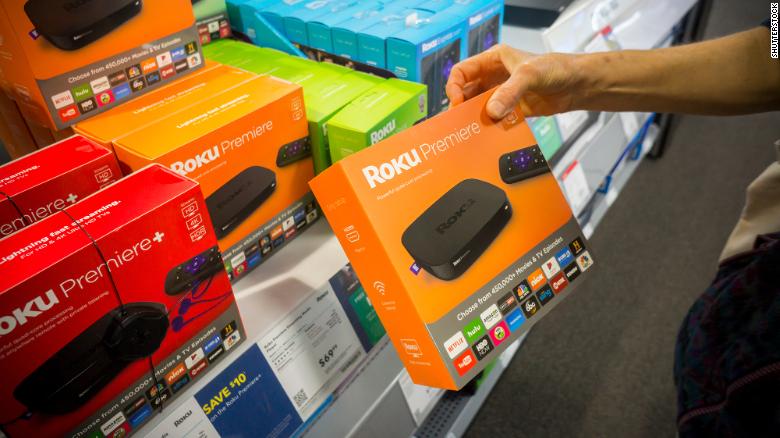 In a release Wednesday, Roku said the number of accounts grew by 14 million last year, with users streaming a total of 58.7 billion hours in 2020.

US stocks opened lower on Wednesday as investors are keeping a close eye on the results of the runoff election in Georgia that will decide the balance in the Senate.

Tech stocks are faring the worst, as the sector could face more crackdowns under a Democrat-controlled Senate.

Economic data was not so peachy Wednesday morning, with the ADP employment report showing a surprise loss of 123,000 private-sector jobs in December. The government’s jobs report is due on Friday.

It's jobs week and that means a bunch of employment data is coming ahead of the government's official look at the labor market on Friday.

Well, the first data point doesn't look so hot: The ADP employment report shows 123,000 private-sector jobs were lost in December on a seasonally adjusted basis. It was the first negative ADP report since April. Ouch.

Economists had predicted an increase of 88,000 jobs, so this was an epic underperformance.

Large companies and the businesses in the leisure and hospitality industry shed the most jobs. The on-going pandemic and rising infection rates have led various states to bring back lockdown restrictions.

The ADP report and the Bureau of Labor Statistics jobs report aren't correlated, but such a bad ADP number doesn't bode well for Friday's data.

Economists expect 100,000 jobs were added, with a stable unemployment rate of 6.7% in December. The jobs report is due Friday at 8:30 am ET.

Bitcoin's alarming hot streak shows no signs of stopping as the cryptocurrency's price grew to as much as $35,580 on Tuesday night.

Bitcoin grew steadily even as the stock market plunged in the early days of the pandemic. Investors have been drawn to it, as well as other cryptocurrencies, as the US dollar has weakened.

On Monday, Anthony Scaramucci's firm, SkyBridge Capital, officially launched the SkyBridge Bitcoin Fund. It's a fund geared toward wealthy investors looking for exposure to the high-flying crypto. The fund currently holds about $310 million worth of bitcoin.