Robinhood and Reddit in the spotlight during GameStop congressional hearing

After more than five hours of testimony, the hearing has wrapped.

It seems to have been a tough day for Robinhood and Citadel Securities in particular, with lawmakers from both parties aggressively questioning both executives over whether their businesses do more harm than good.

Reddit and Keith Gill, however, got the opposite treatment.

At times, Gill was even directly praised by members of Congress for his success and his initiative. That may ultimately create a powerful narrative boost for him as he faces down a class-action lawsuit alleging that his YouTube videos constituted bad financial advice, a claim Gill refuted calmly and diplomatically by returning to his core talking point: He likes the stock.

Melvin Capital also received some scrutiny, but far less than Robinhood and Citadel. Between CEO Gabriel Plotkin's bland office backdrop and his rather small size in the video frame, it sometimes appeared as if he were deliberately seeking to blend in with the environment in hopes of being forgotten. If so, it seemed to have worked. 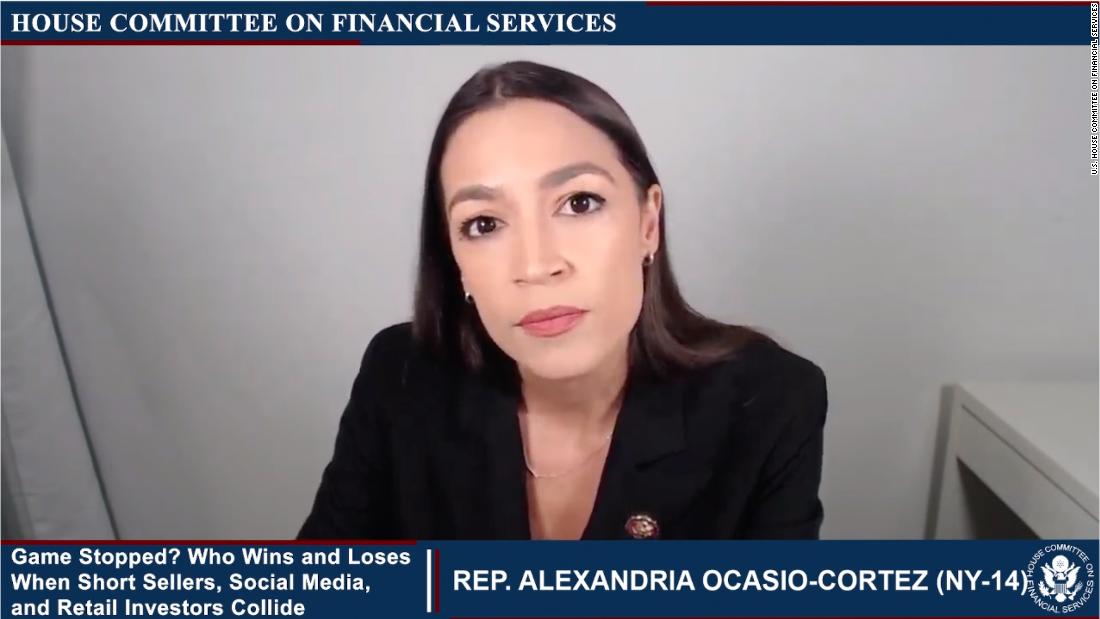 Rep. Alexandria Ocasio-Cortez clashed with Robinhood CEO Vladimir Tenev over whether Robinhood investors are truly trading for free on the platform, alleging that the company is simply "hiding the cost" from retail investors by subsidizing it with payment for order flow.

"Would you be willing to commit to voluntarily pass on proceeds of payment for order flow to Robinhood customers?" Ocasio-Cortez asked.

Tenev balked at the question several times before ultimately pointing out that payment for order flow "allows for commission-free trading."

The implication, Ocasio-Cortez said, was that trading on Robinhood isn't truly free after all.

Tenev conceded that Robinhood is a "for-profit business and needs to generate some revenue to pay for the costs of running this business." But, he claimed, Robinhood's model has become the standard industrywide.

During his testimony, Robinhood CEO Vladimir Tenev admitted that the company made some mistakes during the meme stock trading frenzy. But he was somewhat evasive when Congresswoman Madeleine Dean asked him to elaborate.

“You admitted to making mistakes," Dean said. "Specifically, what mistakes did you make?”

“I admit to always improving,” Tenev responded. “We’re not going to be perfect. And we want to improve and make sure we don’t make the same mistakes twice." 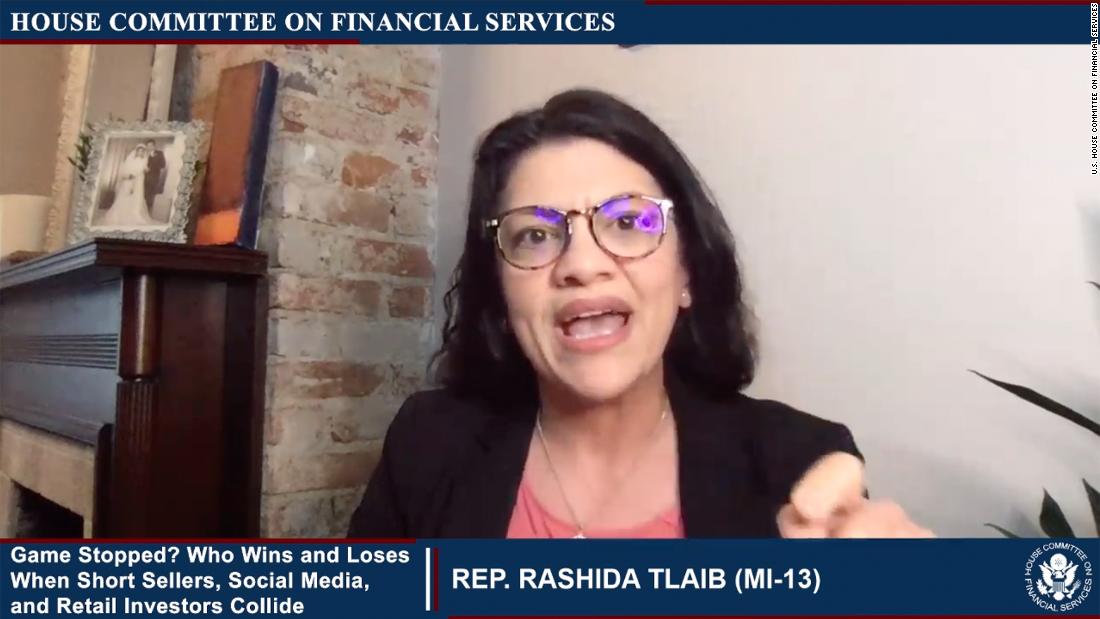 Congresswoman Rashida Tlaib and billionaire Ken Griffin got into a fiery exchange over whether or not to tax financial transactions.

Tlaib noted that such a tax would raise nearly $800 billion over 10 years, an estimate that is backed up by a 2018 report by the nonpartisan CBO. The idea is that revenue could then be invested in infrastructure or other programs aimed at reducing inequality.

Griffin, not surprisingly, is not a fan of a financial transaction tax. His high-speed trading firm, Citadel Securities, would be hurt by the levy.

"We firmly believe a financial transaction tax would injure Americans trying to save for retirement," Griffin said.

Tlaib did not buy that explanation and criticized Wall Street broadly.

"Let's not gaslight the American people. Y'all will be fine with the tax," she said. "Our folks are tired of bailing you all out when you screw up." 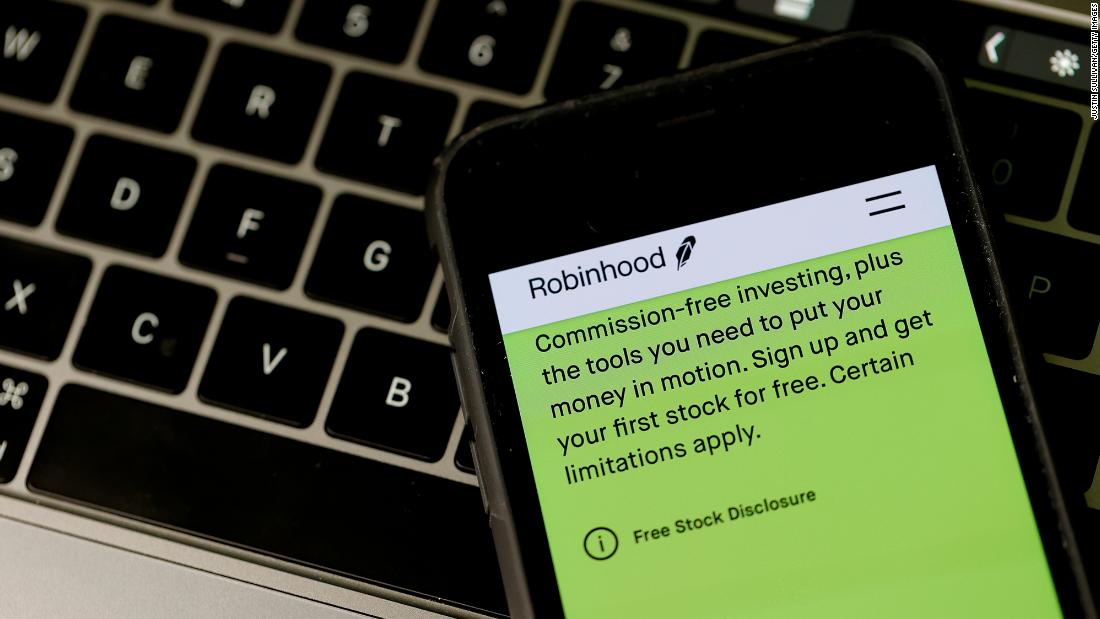 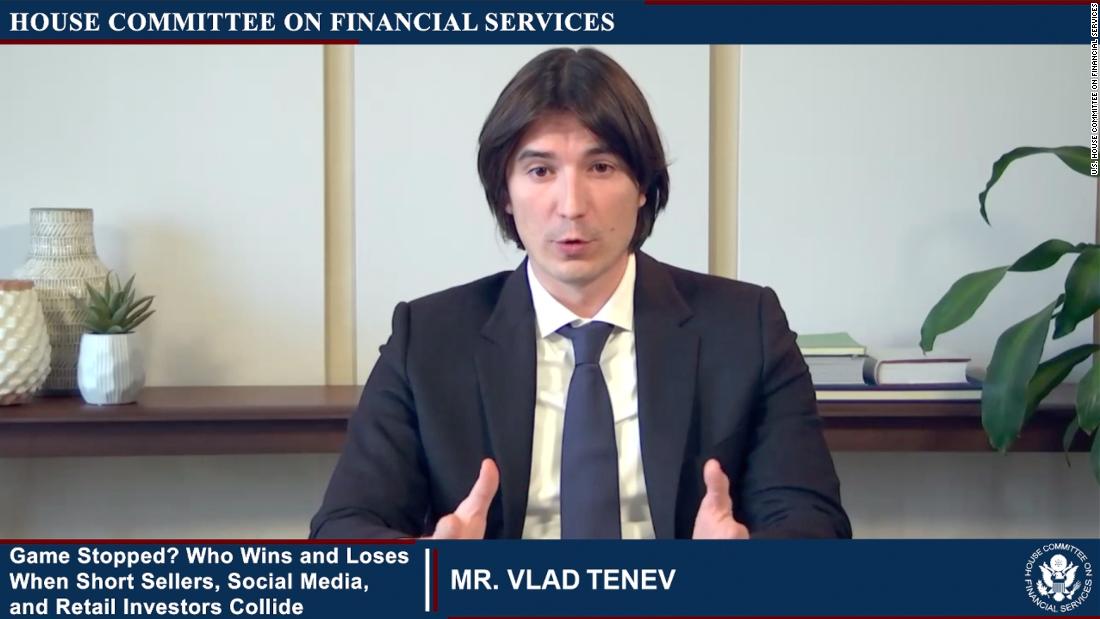 Robinhood CEO Vlad Tenev admitted that the app did not have the liquidity needed to meet an early-morning demand from its clearinghouse for $3 billion on January 28.

"At that exact moment we would not have been able to post the $3 billion in collateral," Tenev said.

Within a few hours, Robinhood managed to persuade the clearinghouse to lower its request to $1.4 billion, and the app imposed controversial restrictions on GameStop and 12 other stocks.

Congressman Anthony Gonzalez pointed out that if Robinhood did not impose those restrictions, the clearinghouse would have stepped in and liquidated unsettled trades.

"It would not have been a good situation for the firm or the customers," Tenev said, adding that it would have caused a "total lack of access to markets" for users.

Gonzalez said this would have been an "enormous catastrophe for Robinhood."

"I believe a vulnerability was clearly exposed in your business model and perhaps in the regime that governs your capital requirements," he said. "We just can't live in a world where my constituents could have had their shares liquidated without their consent." 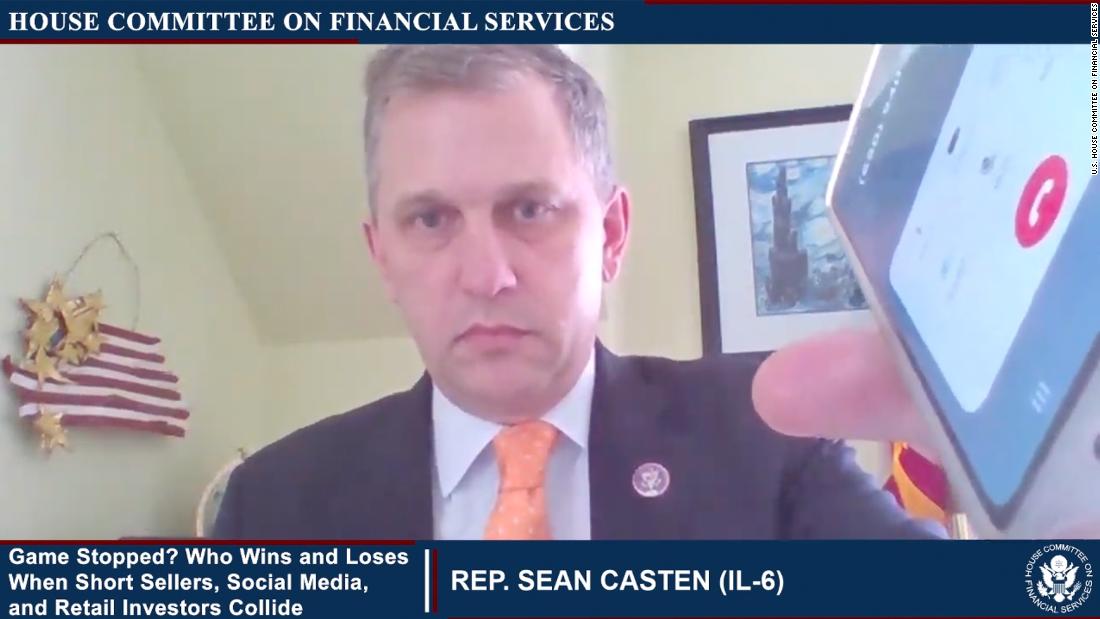 "There is an innate tension in your business model between democratizing finance, which is a noble calling, and being a conduit to feed fish to sharks," he said.

While the hearing is chugging along, the closing bell rung on Wall Street and it wasn't a pretty day for GameStop (GME).

The company's shares tumbled 11.4% and closed at $40.69, near the lowest point of the session. It was a worse performance than the broader market, including the small-cap Russell 2000 index that GameStop is a member of, which also closed in the red. 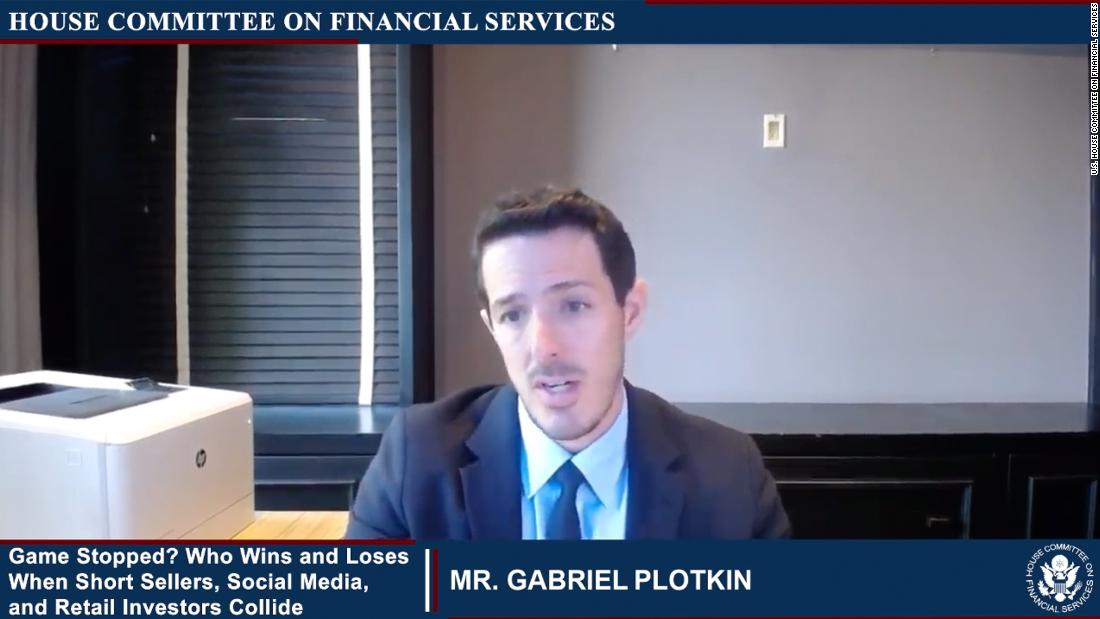 Melvin Capital learned a very painful lesson when the hedge fund was blindsided by an army of Reddit traders. GameStop shares went to the moon and Melvin Capital turned to rivals for a lifeline.

"Us at Melvin, we'll adapt. And I think the whole industry will have to adapt," Melvin Capital CIO Gabe Plotkin said.

How? Well, for starters, Plotkin is going to pay more attention to the chatter on WallStreetBets. "There will be closer monitoring of message boards," he said.

That kind of intel could have allowed Melvin Capital to unwind its bets against GameStop before that company's shares skyrocketed. Melvin ultimately accepted a $2.75 billion cash infusion (don't call it a bailout, according to Plotkin) led by rival hedge funds Citadel and Point72.

At one point, the short interest on GameStop was an unthinkable 140% -- a scenario that Plotkin said is unlikely to be repeated.

"I don't think investors like myself want to be susceptible to these dynamics," he said.