Jeff Bezos stepped down as CEO of Amazon — which he helmed for the past 27 years — on July 5.

Though the leadership transition was previously announced, it kicked off quite a bit of speculation about whether Bezos had to quit because taking a supersonic jaunt to the edge of space is too dangerous for the head honcho at one of the world's largest dot-com companies.

But Bezos told CNN Business' Rachel Crane in an interview that wasn't the case: 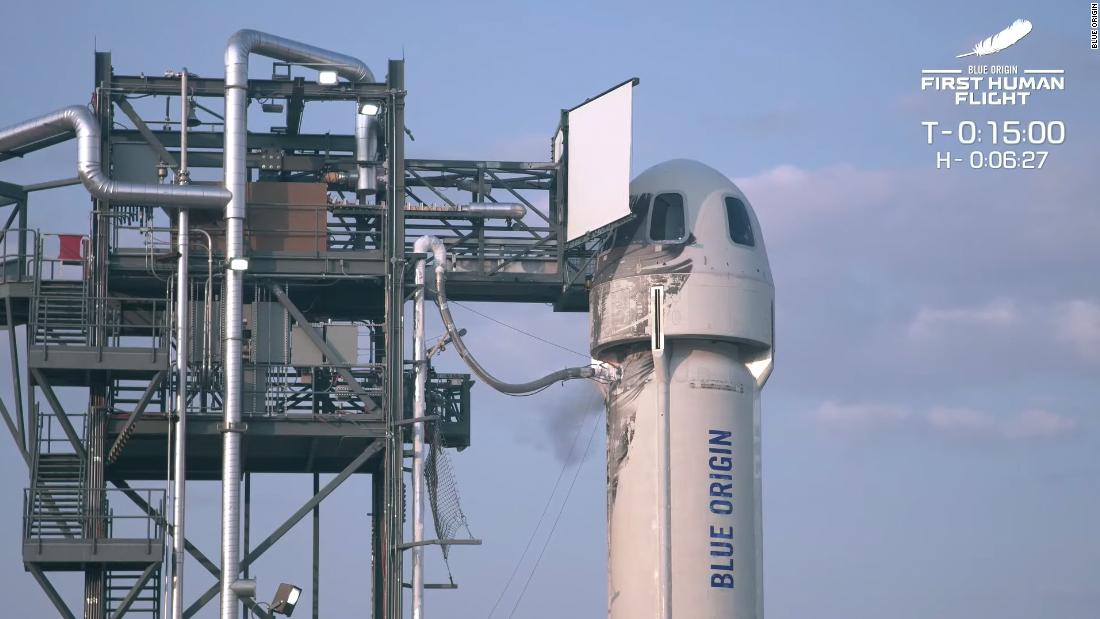 The New Shepard flight controllers just ran through final checks with a “Go/No-go” poll at mission control, where all the different teams — the ones that oversee the capsule, booster and ground systems — all give an auditory “GO” for launch.

The passengers on board can hear all this happening through their headsets inside the capsule as well. 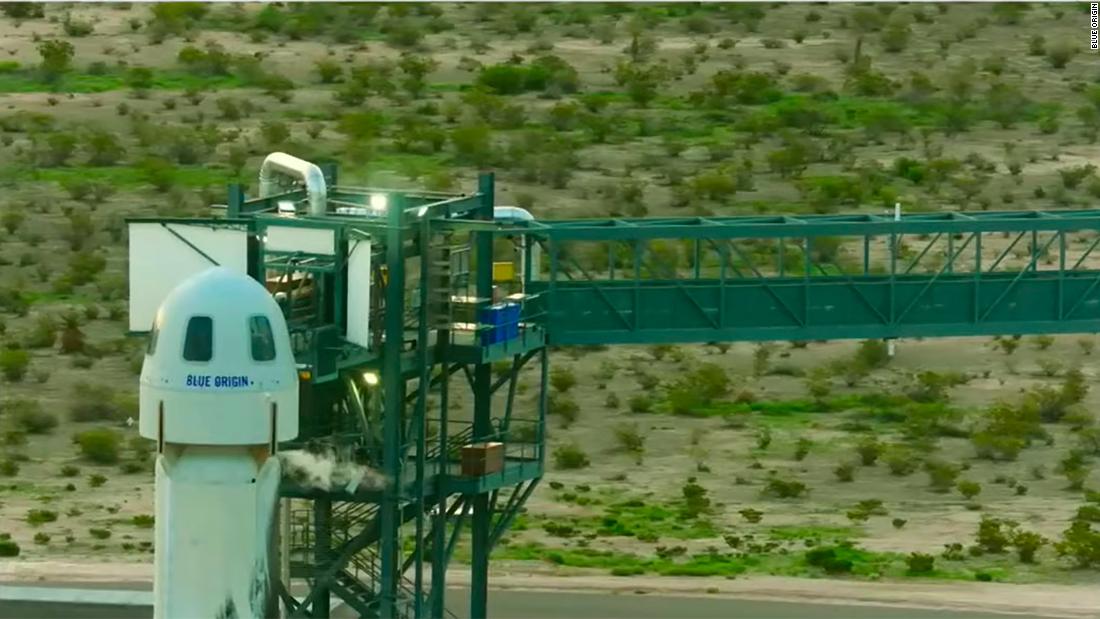 The sibling of Jeff Bezos and his younger brother Mark, Christina, had some very sisterly advice for them as they get ready to go to space: "Now hurry up and getting your asses back down here so I can give you a huge hug."

The message was read on Blue Origins' livestream. She also said she was "so excited" for her brothers, adding that going to space was something that Jeff Bezos wanted to do his whole life and that they used to act out "Star Trek" when they were young.

"Your passion for space is infectious," she wrote of him.

Jeff Bezos is set to fly to space in New Shepard, the Blue Origin rocket that has had 15 successful test launches but has never flown humans before. So how safe is it?

Blue Origin's senior director Gary Lai, a former NASA employee, says it is the safest capsule and vehicle ever made for a man's flight to space, adding that he would even fly his children on board, CNN's Rachel Crane reports.

"Every system on board that is needed for safety has a backup. And in most cases, there is a backup to the backup," he told CNN.

"The biggest backup system on board is the crew escape system. If there is something that's detected that's wrong with the rocket, it will automatically ignite a solid rocking motor that will propel the capsule away ... and land safely," he said.

Lai, who is called the architect of New Shepard, gave another example to demonstrate the safety of the rocket:

"We have three parachutes on board; they open every time. We've never had a failure. But only one of them actually has to open to land safely. And that's just the start. Every computer on board, every battery, every sensor, every wire, every mechanism that we need for safety has one or two backups."

Jeff Bezos waved and his brother Mark Bezos gave a thumbs up as the hatch on the New Shepard closed, according to a video feed provided by Blue Origin. 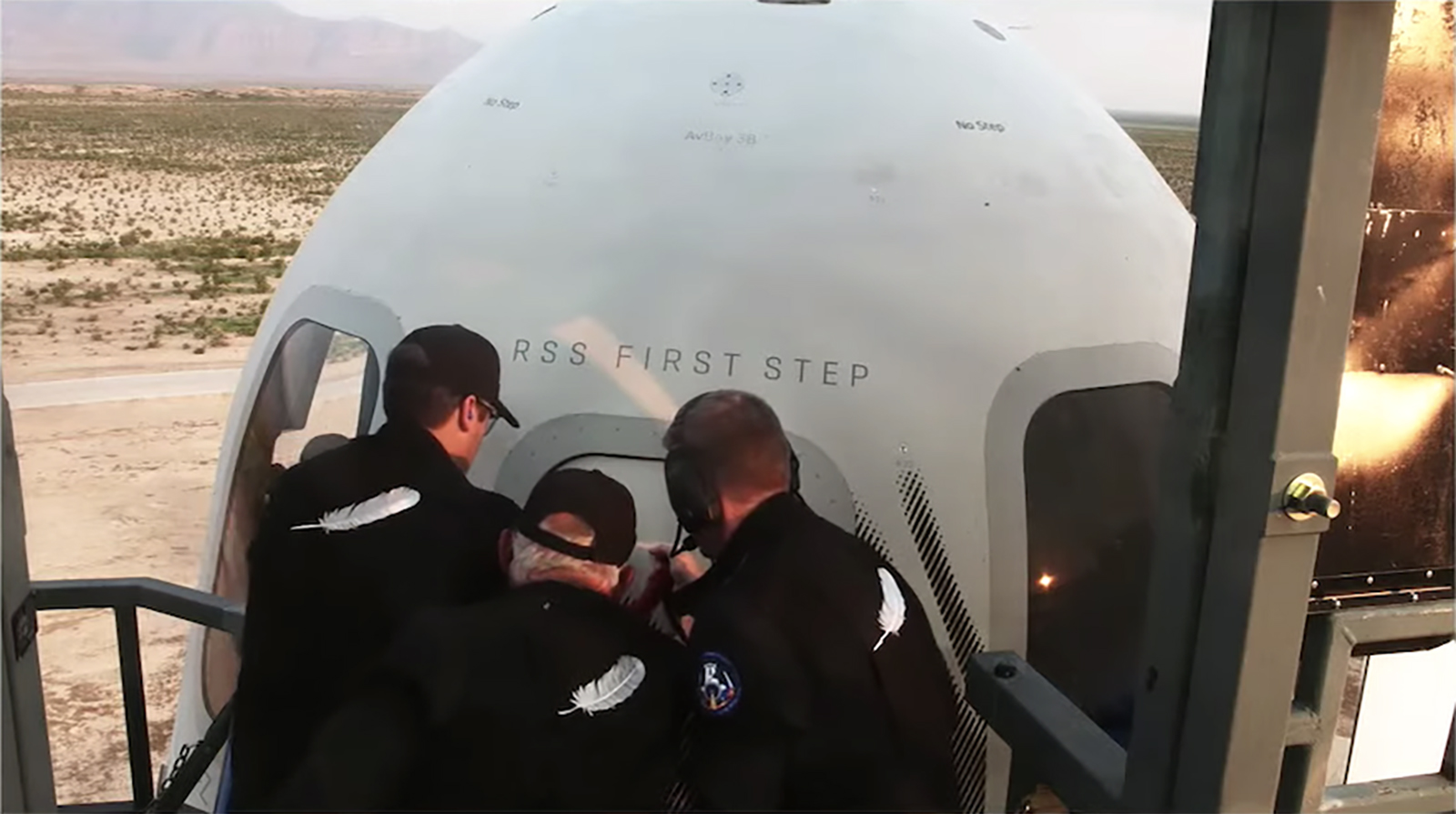 The passengers are all strapped in, and New Shepard’s hatch is now sealed, locking the future astronauts inside for their journey.

The flight is expected to take off just after 9 a.m. ET.

Over the past decade, Blue Origin has built and flown four different New Shepard vehicles on a grand total of 14 different fully automated, uncrewed test flights. And the vehicle that will be used on Tuesday is the same one that flew the previous two test flights.

The company is known to paint a small picture of a tortoise on the side of a capsule after each flight as a sort of visual tally for how many spaceflights each vehicle has flown. It's also a hat tip to the official Blue Origin mascot, which the company says symbolizes its slow-and-steady development philosophy.

The New Shepard crew capsule that will be flying today's mission also has a name — RSS First Step, which stands for "Reusable Space Ship First Step."

Each dome-shaped New Shepard crew capsule is about 10 feet high and 12.5 feet wide. They also have six windows that Blue Origin advertises as "the largest windows in space," a clear dig at the airplane-style windows on the space planes built by the company's direct competitor, Virgin Galactic, which has circular airplane-style windows.

For a peek at what the astronauts will see during their trip, here's a video captured from inside a New Shepard capsule during a 2017 test flight that also flew a dummy nicknamed "Mannequin Skywalker." 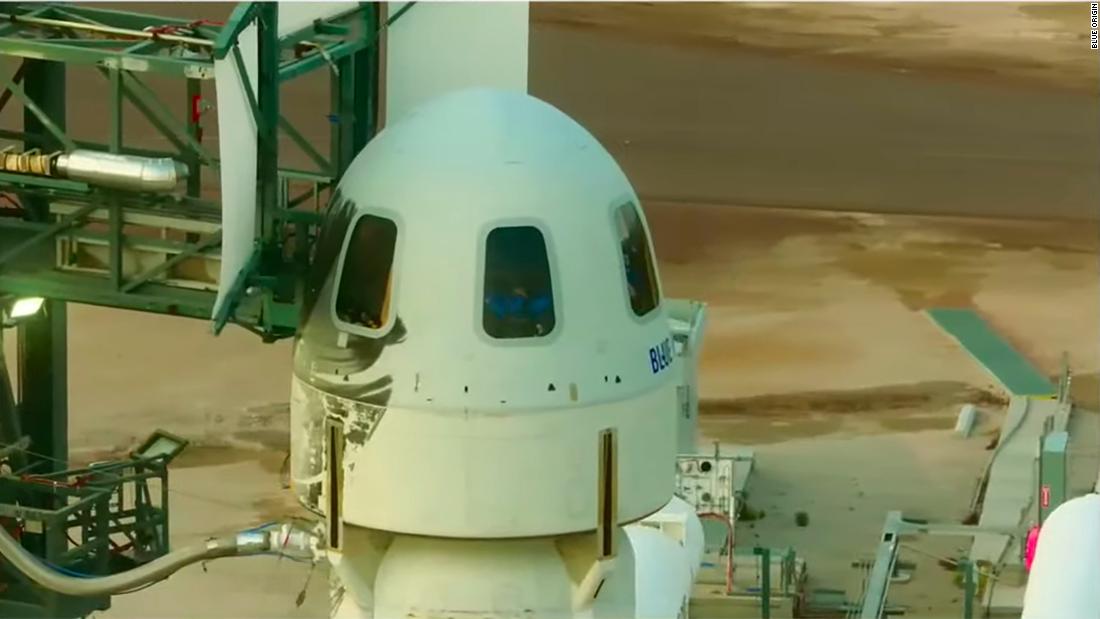 New Shepard is now fully fueled, and Jeff Bezos and his fellow passengers left the launch site’s “safety zone” and scrambled across an arial walkway that allows them to board the capsule as it sits atop the 53-foot-tall rocket.

Bezos and his fellow astronauts — his brother Mark Bezos, pilot Wally Funk and 18-year-old Oliver Daemen — are now strapped in and waiting for liftoff, which is expected just after 9 a.m. ET.