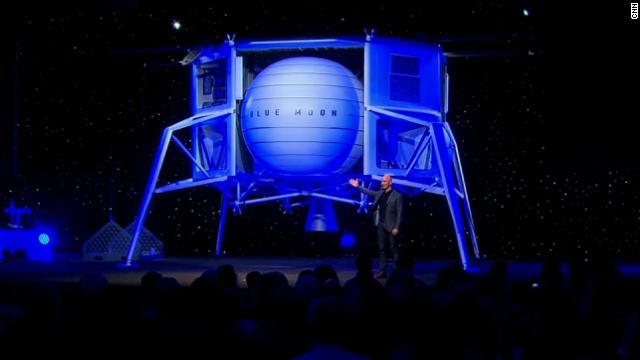 A towering model of Blue Origin's lunar lander is on stage.

This is a craft designed to land on and bounce back off of the moon's surface.

“This is an incredible vehicle and it’s going to the moon,” says Bezos. 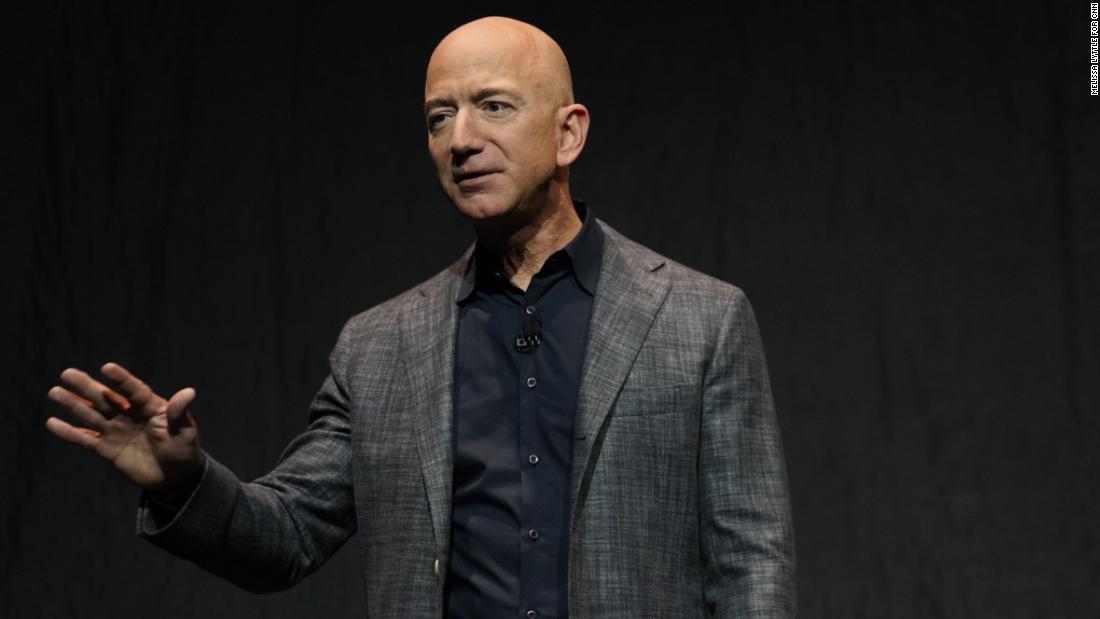 “The price of admission to do interesting things in space right now is just too high because there’s no infrastructure," Bezos said.

He's got a plan to fix that, naturally.

Rockets aren't on time very often. Delays getting things to orbit is an "under-appreciated" problem in the industry.

"It really snarls things up and costs the payload customers a lot of money," Bezos said.

He added that Blue Origin's New Glenn rocket is designed to change all that. And it was designed to be reusable because it can bring down launch prices.

The latter point is something Elon Musk's SpaceX has harped on for a long time – and his company has already been sending its reusable rockets to space and back for years.

Like every other rocket builder currently operating, SpaceX is also known to delay its launches for various reasons, like weather or hardware issues.

Blue Origin is well underway developing on New Glenn, which is expected to launch for the first time in 2021. 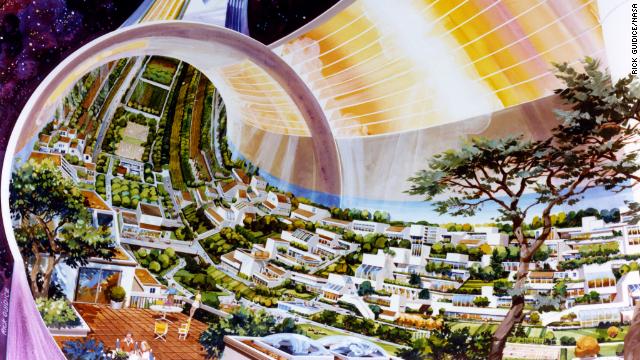 The event kicked off with footage of the Apollo moon landings. Now, he's talking about his passion for space and how the Apollo program inspired him growing up.

He's also discussing how going to space can solve some of Earth's problems — namely, energy. Bezos said humans' energy use is growing at such a rate that we're bound to run out.

It's not the first time he's talked about this issue. Experts say that resources found in space (that are very uncommon on Earth) could help us solve that problem.

The doors are open and a crew of reporters are standing by for Bezos.

Not much is happening right now, but we've still got 20 minutes till liftoff.

CNN Business also spotted Mike Gold, an executive at Maxar that chairs a regulatory and policy committee at NASA.

We have no idea what Jeff Bezos will talk about.

Well, we have a clue.

Last week, Blue Origin sent a cryptic tweet with the date of today's event and a photo of "Endurance," the ill-fated ship that left explorer Ernest Shackleton and his crew stranded during an expedition to Antarctica in 1915.

A crater on the moon's south pole is also named for Shackleton, a hint that Bezos will have a lunar focus.

Media invitations to the event said only that Bezos and Blue Origin will give an update on "progress and share our vision of going to space to benefit Earth."