Former Facebook employee-turned-whistleblower whistleblower Frances Haugen, who testified before Congress about how the social media giant misled the public, will now face questions in the UK Parliament.

Haugen, the 37-year-old former Facebook (FB) product manager who worked on civic integrity issues at the company, revealed her identity during a "60 Minutes" segment that aired earlier this month.

She has reportedly filed at least eight whistleblower complaints with the Securities and Exchange Commission alleging that the company is hiding research about its shortcomings from investors and the public. She also shared the documents with regulators and the Wall Street Journal, which published a multi-part investigation showing that Facebook was aware of problems with its apps.

In her testimony before Congress earlier this month, Haugen faced questions from a Commerce subcommittee about what Facebook-owned Instagram knew about its effects on young users, among other issues. 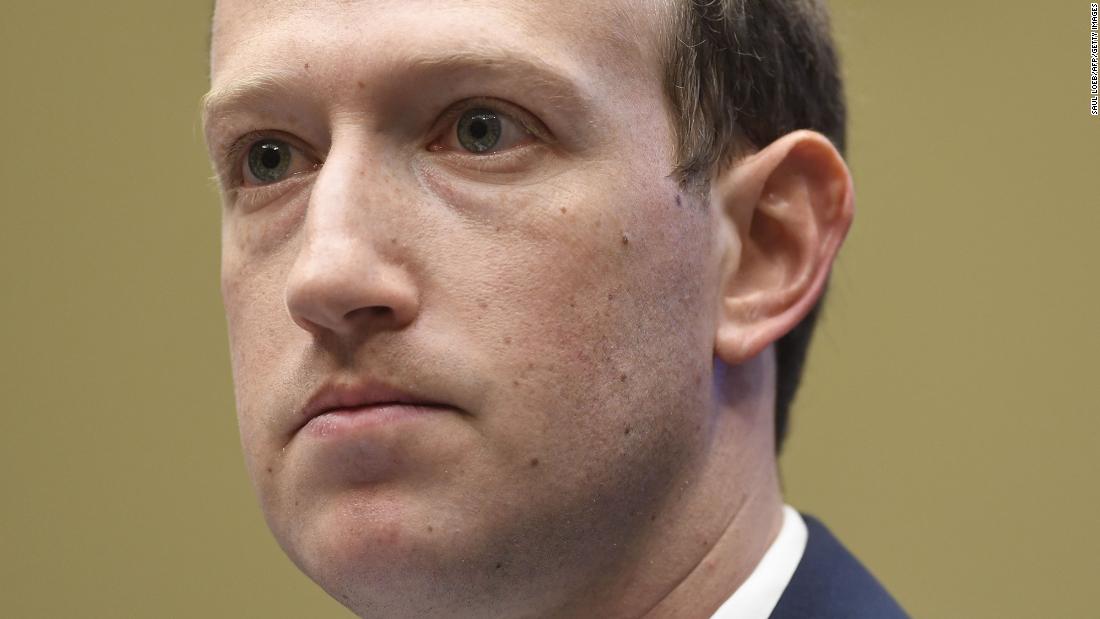 Facebook has confronted whistleblowers, PR firestorms and Congressional inquiries in recent years. But now it faces a combination of all three at once in what could be the most intense and wide-ranging crisis in the company's 17-year history.

On Friday, a consortium of 17 US news organizations began publishing a series of stories — collectively called "The Facebook Papers" — based on a trove of hundreds of internal company documents which were included in disclosures made to the Securities and Exchange Commission and provided to Congress in redacted form by Facebook whistleblower Frances Haugen's legal counsel. The consortium, which includes CNN, reviewed the redacted versions received by Congress.

CNN's coverage includes stories about how coordinated groups on Facebook sow discord and violence, including on January 6, as well as Facebook's challenges moderating content in some non-English-speaking countries, and how human traffickers have used its platforms to exploit people. The Wall Street Journal previously published a series of stories based on tens of thousands of pages of internal Facebook documents leaked by Haugen. The consortium's work is based on many of the same documents.

Facebook has dealt with scandals over its approach to data privacy, content moderation and competitors before. But the vast trove of documents, and the many stories surely still to come from it, touch on concerns and problems across seemingly every part of its business: its approach to combatting hate speech and misinformation, managing international growth, protecting younger users on its platform and even its ability to accurately measure the size of its massive audience.

All of this raises an uncomfortable question for the company: Is Facebook actually capable of managing the potential for real-world harms from its staggeringly large platforms, or has the social media giant has become too big not to fail?

The documents show various examples of issues that Facebook has been aware of, even as it still struggles with them. Take the example of a report published by the Journal on September 16 that highlighted internal Facebook research about a violent Mexican drug cartel, known as Cartél Jalisco Nueva Generación. The cartel was said to be using the platform to post violent content and recruit new members using the acronym "CJNG," even though it had been designated internally as one of the "Dangerous Individuals and Organizations" whose content should be removed. Facebook told the Journal at the time that it was investing in artificial intelligence to bolster its enforcement against such groups.

Despite the Journal's report last month, CNN last week identified disturbing content linked to the group on Instagram, including photos of guns, and photo and video posts in which people appear to have been shot or beheaded. After CNN asked Facebook about the posts, a spokesperson confirmed that multiple videos CNN flagged were removed for violating the company's policies, and at least one post had a warning added.

Facebook, for its part, has repeatedly tried to discredit Haugen, and said her testimony and reports on the documents mischaracterize its actions and efforts.

"At the heart of these stories is a premise which is false," a Facebook spokesperson said in a statement to CNN. "Yes, we're a business and we make profit, but the idea that we do so at the expense of people's safety or wellbeing misunderstands where our own commercial interests lie."

In a tweet thread last week, the company's Vice President of Communications, John Pinette, called the Facebook Papers a "curated selection out of millions of documents at Facebook" which "can in no way be used to draw fair conclusions about us." But even that response is telling ­­— if Facebook has more documents that would tell a fuller story, why not release them?

On Jan. 6, when the Capitol attack began, some Facebook staffers began to wonder what role their company played in fueling the lies that led to the insurrection.

Through her legal counsel, whistleblower Frances Haugen, who is a former Facebook employee, submitted more than ten thousand pages of internal Facebook documents as disclosures to the Securities and Exchange Commission, and she also provided them to Congress in redacted form.

The redacted versions were reviewed by a consortium of 17 US news organizations, including CNN. On Friday, the consortium began publishing a series of stories — collectively called "The Facebook Papers" — based on the internal company documents. They provide deep insight into Facebook's internal culture, its approach to misinformation and hate speech moderation, internal research on its newsfeed algorithm, internal communication related to Jan. 6 and more.

The Wall Street Journal previously published a series of stories based on tens of thousands of pages of internal Facebook documents leaked by Haugen. (The consortium's work is based on many of the same documents.)

"The company's leadership knows how to make Facebook and Instagram safer but won't make the necessary changes because they have put their astronomical profits before people. Congressional action is needed. They won't solve this crisis without your help," she added, urging lawmakers to take action.

Just days after insurrectionists stormed the Capitol on Jan. 6, Facebook's Chief Operating Officer Sheryl Sandberg downplayed her company's role in what had happened.

"We know this was organized online. We know that," she said in an interview with Reuters. "We... took down QAnon, Proud Boys, Stop the Steal, anything that was talking about possible violence last week. Our enforcement's never perfect so I'm sure there were still things on Facebook. I think these events were largely organized on platforms that don't have our abilities to stop hate and don't have our standards and don't have our transparency."

But internal Facebook documents reviewed by CNN suggest that the company was, in fact, fundamentally unprepared for how the Stop the Steal movement used its platform to organize, and that Facebook truly swung into action after the movement, which played a pivotal role in the insurrection, had turned violent.

The documents include an internal post-mortem, and one document shows real time countermeasures Facebook employees were belatedly implementing.

Asked by CNN about Sandberg's quote and whether she stood by it, a Facebook spokesperson pointed to the greater context around Sandberg's quote. She had been noting that Jan. 6 organization happened largely online, including but not limited to on Facebook's platforms, the spokesperson said.

The documents were provided by Facebook whistleblower Frances Haugen as evidence to support disclosures she made to the Securities and Exchange Commission and provided to Congress in redacted form by Haugen's legal counsel. The redacted versions were obtained by a consortium of 17 US news organizations, including CNN.

"[A]t the time it was very difficult to know whether what we were seeing was a coordinated effort to delegitimize the election, or whether it was protected free expression by users who were afraid and confused and deserved our empathy," the author or authors of the analysis, who are not identifiable from what was provided, write.

Those behind the analysis noted that Facebook treated each piece of content and person or group within Stop the Steal individually, rather than as part of a whole, with dire results.

"Almost all of the fastest growing FB Groups were Stop the Steal during their peak growth," the analysis says. "Because we were looking at each entity individually, rather than as a cohesive movement, we were only able to take down individual Groups and Pages once they exceeded a violation threshold. We were not able to act on simple objects like posts and comments because they individually tended not to violate, even if they were surrounded by hate, violence, and misinformation."

This approach did eventually change, according to the analysis — after it was too late.

"After the Capitol insurrection and a wave of Storm the Capitol events across the country, we realized that the individual delegitimizing Groups, Pages, and slogans did constitute a cohesive movement," the analysis says.