Speaking before a UK parliamentary committee Monday, Haugen said she couldn't imagine that Facebook CEO and founder Mark Zuckerberg "isn't paying attention to what you're doing," calling it a critical moment for the UK "to stand up and make sure that these platforms are in the public good, and are designed for safety."

While countries in the "Global South" do "not have the resources to stand up and save their own lives," the UK has the chance to take a "world leading stance" with its bill, which seeks to impose a duty of care on social media sites towards their users, Haugen added.

Earlier during her testimony, Haugen urged lawmakers to include societal harm in prospective legislation calling its omission a "grave danger to democracy and societies around the world."

As more of Facebook's internal documents are revealed, Facebook Oversight Board member and PEN America CEO Suzanne Nossel emphasized that the platform must do a better job with transparency.

The Oversight Board's first report, released last week, revealed that the group of independent content moderators prompted Facebook to restore more than 30 pieces of content covering major issues. It also found users are often in the dark when content is removed by Facebook, and don't know why they've been banned or had their content taken down.

The Facebook team treats individuals as users, not as customers, so there's no sort of customer service," Nossel said on CNN's "Reliable Sources" Sunday. "I don't want Facebook to just wipe content out without any explanation. I want people to have a recourse if they believe their ability to express themselves has been unjustifiably impaired."

The board also said Facebook was not "fully forthcoming" about its cross-check system, which is used to make content decisions for high-profile users.

The Oversight Board is an effort by Facebook to bring in independent, outside expertise to oversee the platform's content moderation decisions. There are 20 members on the board with backgrounds ranging from law and human rights to journalism.

The situations in Ethiopia and Myanmar are the “opening chapters of a novel that is going to be horrific to read” Facebook whistleblower Frances Haugen said during her testimony to a UK Parliamentary committee Monday.

Haugen shed light on the company's use of so-called “glass break measures.”

Haugen said Facebook knows based on its engagement-based rankings when the temperature in a country “gets hotter”, name checking places like Myanmar which didn't have any hate speech classifying labelling systems.

Haugen said the company has a “strategy” of only slowing down the platform when “the crisis has begun”, deploying its “glass break measures” instead of making the platform “safer as it happens.”

Haugen told US senators in a damning testimony on Oct. 5 that the social media company was aware its platform was being used to stir up ethnic violence in Ethiopia and Myanmar. 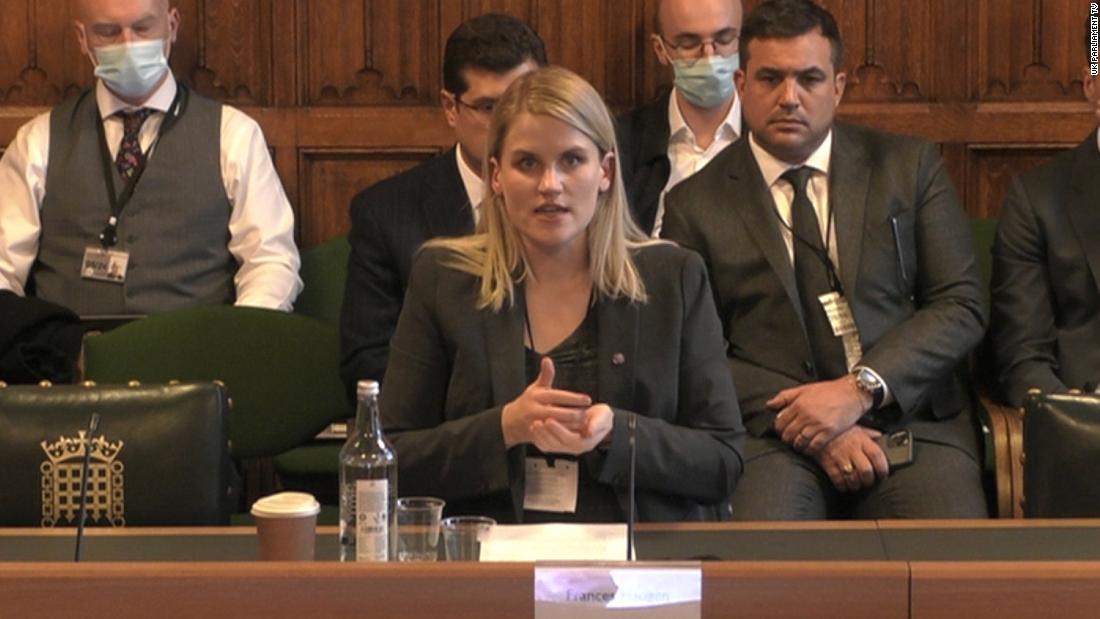 Facebook should not be allowed to mislead its Oversight Board, whistleblower Frances Haugen told UK lawmakers on Monday, saying the body should demand more transparency from the social media giant.

"If Facebook can come in there and just actively mislead the Oversight Board — which is what they did — I don’t know what the purpose of the oversight board is," she added.

The Facebook Oversight Board is made up of experts in areas such as freedom of expression and human rights. They were appointed by the company but operate independently. The board is often described as a kind of Supreme Court for Facebook.

Last week, the board said that Facebook failed to provide crucial details about its "Cross-Check" program that reportedly shielded millions of VIP users from normal content moderation rules.

Facebook uses Cross-Check to review content decisions relating to high-profile users, such as politicians, celebrities and journalists. The program had mushroomed to include 5.8 million users in 2020, according to the Wall Street Journal.

On Sunday, Oversight Board member and PEN America CEO Suzanne Nossel said that Facebook must do a better job with transparency.

The board adjudicates cases on controversial content that is both left up or taken down — but these cases are just "the tip of the iceberg" when it comes to oversight at Facebook, Nossel said on CNN's "Reliable Sources."

"They didn't want to bear the full weight of responsibility for big questions like, 'Should Donald Trump be allowed on the platform,'" Nossel said. "I think they're very ambivalent about regulation." 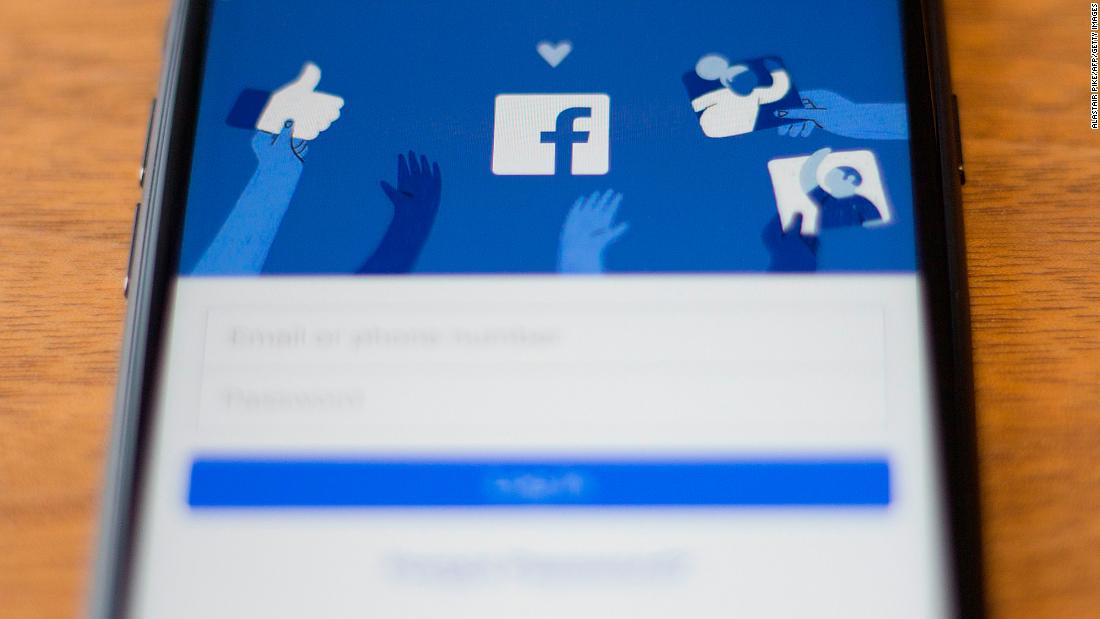 Billions of people around the world see relevant content all around the internet with the help of algorithms. It's not unique to Facebook.

However, Facebook whistleblower Frances Haugen's testimony earlier this month and submitted documents have renewed scrutiny of the impact Facebook and its algorithms have on teens, democracy and society at large.

The fallout has raised the question of just how much Facebook — and perhaps platforms like it — can or should rethink using a bevy of algorithms to determine which pictures, videos and news users see.

Algorithms are not going away. But there are ways for Facebook to improve them, experts in algorithms and artificial intelligence told CNN. It will, however, require something Facebook has so far appeared reluctant to offer (despite executive talking points): more transparency and control for users.

A big hurdle to making meaningful improvements is social networks' current focus on the importance of engagement, or the amount of time users spend scrolling, clicking, and otherwise interacting with social media posts and ads, experts say.

Haugen revealed internal documents from Facebook that show the social network is aware that its "core product mechanics, such as virality, recommendations and optimizing for engagement, are a significant part" of why hate speech and misinformation "flourish" on its platform.

"Engagement is not a synonym for good mental health," said James Mickens, a computer science professor at Harvard and co-director of the Berkman Klein Center's Institute for Rebooting Social Media

Changing this is tricky though several agreed that it may involve considering the feelings users have when using social media and not just the amount of time they spend using it.

In the past, some might have said it would require pressure from advertisers whose dollars support these platforms. But in her testimony, Haugen seemed to bet on a different answer: pressure from Congress. 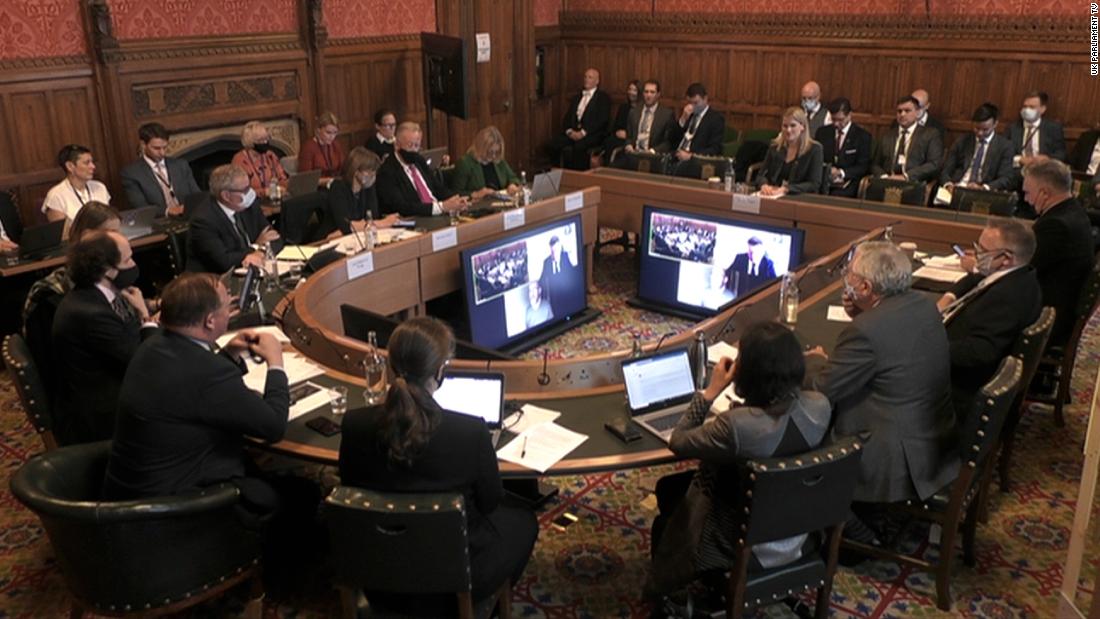 Former Facebook employee and whistleblower Frances Haugen told the UK parliament that the company views safety as a cost center and not an investment for growth.

"I think there is a view inside the company that safety is a cost center; it's not a growth center, which, I think, is very short-term in thinking. Because Facebook's own research has shown that when people have worse integrity experiences on the site, they are less likely to retain," she said Monday.

She urged British lawmakers to put regulations in place, saying it was for the good of the company's long-term growth.

"I think regulation could actually be good for Facebook's long-term success. Because it would force Facebook back into a place where it was more pleasant to be on Facebook," she said.

Remember: When Haugen testified in the US Congress, she urged the lawmakers to step in and create regulations, too. 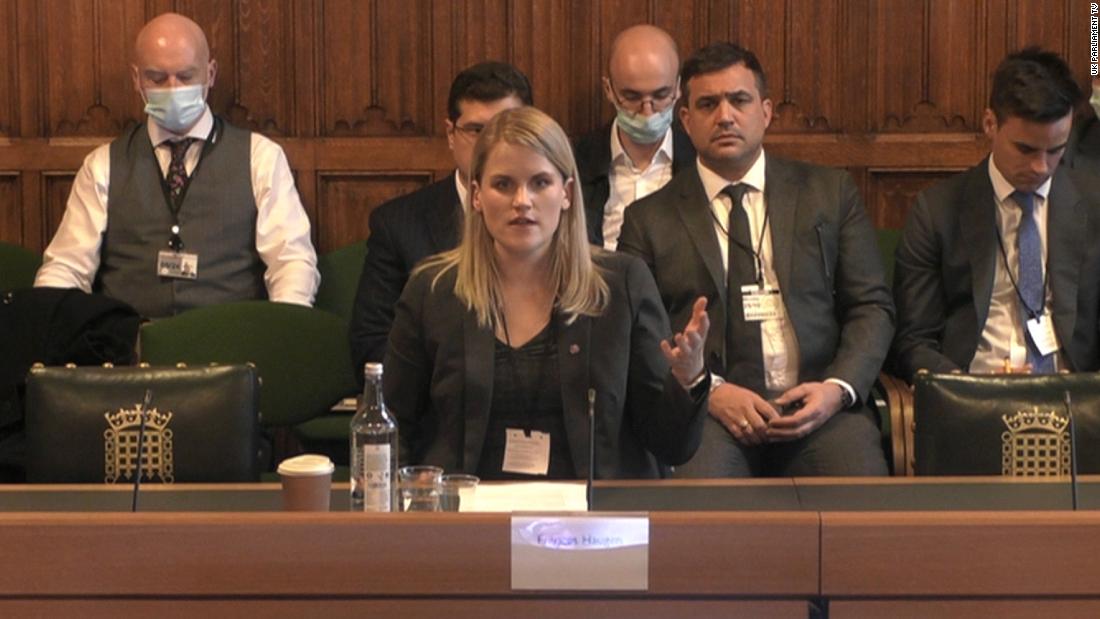 Facebook has a "huge weak spot" when it comes to reporting issues up its chain of command, Haugen said in testimony on Monday.

"If I drove a bus in the United States, there would be a phone number in my break room that I could call that would say ‘Did you see something that endangered public safety? Call this number,'" she said.

"When I worked on counter-espionage [at Facebook] I saw things where I was concerned about national security, and I had no idea how to escalate those, because I didn’t have faith in my chain of command at that point," added Haugen.

The whistleblower claimed that asking for more resources to tackle difficult issues was not part of Facebook's corporate culture.

"We were told just to accept under-resourcing," she told UK lawmakers. "There is a culture that lionizes kind of a startup ethic that, in my opinion, is irresponsible."

"I flagged repeatedly when I worked on Civic Integrity that I felt that critical teams were understaffed, and I was told at Facebook ‘we accomplish unimaginable things with far fewer resources than anyone would think possible,'" said Haugen. 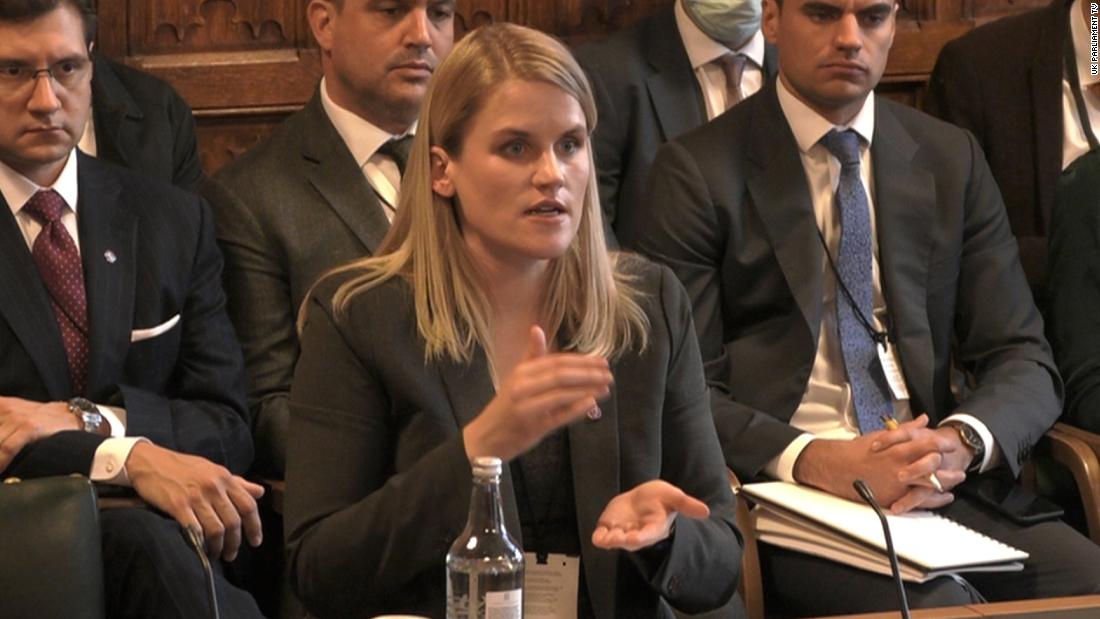 While testifying in the UK parliament, former Facebook employee and whistleblower Frances Haugen said one of her primary concerns is Facebook's "under-investment in non-English languages and how they mislead the public [into thinking that] they are supporting them."

"Facebook says things like, 'we support 50 languages,' when in reality, most of those languages get a tiny fraction of the safety systems that English gets," Haugen told British lawmakers.

For example, in the recent revelations from the Facebook Papers, it is clear that Facebook employees repeatedly sounded the alarm on the company's failure to curb the spread of posts inciting violence in "at risk" countries like Ethiopia, where a civil war has raged for the past year. But the documents reveal that Facebook's moderation efforts were no match for the flood of inflammatory content on its platform.

By the way, by Facebook's own estimates, it has 1.84 billion daily active users — 72% of which are outside North America and Europe, according to its annual SEC filing for 2020.

The documents also indicate that the company has, in many cases, failed to adequately scale up staff or add local language resources to protect people in these places.

"UK English is sufficiently different that I would be unsurprised if the safety systems that they developed primarily for American English were actually [underenforced] in the UK," Haugen explained.

Facebook Vice President of Global Affairs Nick Clegg told staff at the company to be prepared for more “bad headlines in the coming days” as a consortium of news organizations, including CNN, continue to publish stories based on a cache of tens of thousands of pages of leaked documents from the company.

Clegg made the comments in an internal company post on Saturday, Axios first reported. A copy of the memo was obtained by CNN Sunday.

“Social media turns traditional top-down control of information on its head. In the past, public discourse was largely curated by established gatekeepers in the media who decided what people could read, see and digest. Social media has enabled people to decide for themselves – posting and sharing content directly. This is both empowering for individuals – and disruptive to those who hanker after the top-down controls of the past, especially if they are finding the transition to the online world a struggle for their own businesses.”

He also echoed public statements made by the company, writing, “At the heart of these stories is a premise which is plainly false: that we fail to put people who use our service first, and that we conduct research which we then systematically ignore. Yes, we're a business and we make profit, but the idea that we do so at the expense of people's safety or wellbeing misunderstands what we're about, and where our own commercial interests lie."