Our live coverage has ended. You can read more about Musk's deal to buy Twitter here.

White House press secretary Jen Psaki declined to weigh in specifically on news Monday that Elon Musk, CEO of Tesla and SpaceX, has reached an agreement to buy Twitter in a deal valued at around $44 billion, instead calling on Congress to increase regulations on social media platforms like Twitter.

“I'm not going to comment on a specific transaction — what I can tell you, as a general matter, no matter who owns or runs Twitter, the President has long been concerned about the power of large social media platforms, what they have, the power they have over our everyday lives, has long argued that tech platforms must be held accountable for the harms they cause,” Psaki told reporters at Monday’s White House press briefing.

“He has been a strong supporter of fundamental reforms to achieve that goal, including reforms to Section 230, enacting antitrust reforms, requiring more transparency, and more," she continued.

Section 230 is a law that protects companies' ability to moderate content and that the White House has said in the past it is reviewing.

Monday’s deal to purchase Twitter caps off a whirlwind news cycle in which the Tesla and SpaceX CEO became one of Twitter’s largest shareholders, was offered and turned down a seat on its board and bid to buy the company — all in less than a month. It’s expected to close this year.

President Biden, Psaki added, is “encouraged” by bipartisan interest in legislating additional reforms for tech platforms, but “in terms of what hypothetical policies might happen, I’m just not going to speak to that at this point.”

It started on April 5, when Twitter CEO Parag Agrawal announced that Tesla founder Elon Musk will join Twitter's board of directors — until Musk decided he wouldn't join and instead buy the company.

Here's a timeline of how this unfolded in a matter of about 20 days.

Since news of Musk’s bid to buy Twitter was made public more than a week ago, conservatives have been calling on the Tesla CEO to reinstate former President Donald Trump's account. Trump was permanently suspended from Twitter shortly after the January 6 insurrection “due to the risk of further incitement of violence.”

Musk has not publicly commented specifically on the matter, but has long been an advocate of what he dubs “free speech” on Twitter. Access to Twitter could prove to be a huge asset for Trump to reach millions of people ahead of a possible run in the 2024 presidential election.

Angelo Carusone, president of media watchdog group Media Matters for America, said in a statement Monday that a Musk takeover of Twitter means Trump “will almost certainly be replatformed in weeks.”

The Dow reversed its nearly 500-point intraday loss on Monday as news broke that Twitter’s board had accepted billionaire Elon Musk’s offer to buy the company and take it private.

Twitter stock was up by about 5.5% on Monday afternoon before trading halted for the news. Musk agreed to pay $54.20 per share in cash in a transaction valued at about $44 billion.

Other tech stocks, such as Microsoft, Alphabet and Amazon, were up after the deal as US markets recovered from a steep drop last week, moving from deep red territory back towards flat numbers.

Long before Elon Musk bought Twitter, the serial entrepreneur told CNN in a 2001 interview at his home that he was "a little tired of the internet."

At the time, Musk and his then-wife, Justice, were planning on breaking away from Silicon Valley after the success of Musk creating X.com (renamed PayPal). CNN Business dug up the original 2001 interview from our archives. 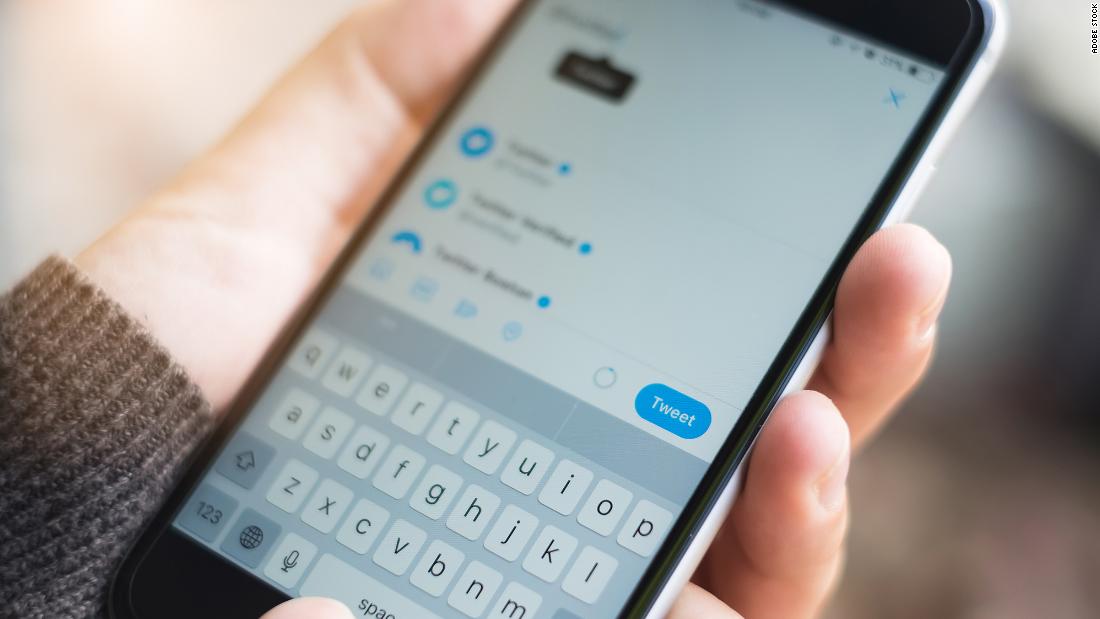 In a tweet midday Monday ahead of the deal announcement, Elon Musk said he hopes his critics will keep using the platform.

I hope that even my worst critics remain on Twitter, because that is what free speech means," Musk said.

Musk has repeatedly called for the removal of some of Twitter's content moderation practices.

"Is someone you don't like allowed to say something you don't like? And if that is the case, then we have free speech," Musk said in an interview at the TED conference earlier this month.

However, Musk is also known for targeting critics of his companies, and once tried to pay off a teenager who tracked Musk's private jet on Twitter to remove his account.

Twitter has agreed to sell itself to Elon Musk in a deal valued at around $44 billion, the company said Monday.

The deal caps off a whirlwind news cycle in which the Tesla and SpaceX CEO became one of Twitter's largest shareholders, was offered and turned down a seat on its board and offered to buy the company — all in less than a month.

The deal comes after Musk revealed last week he had lined up $46.5 billion in financing to acquire the company. Twitter's board met Sunday to evaluate Musk's offer.

The deal would put the world's richest man in charge of one of the world's most influential social media platforms. Musk has repeatedly stressed in recent days that his goal is to bolster free speech on the platform and work to "unlock" Twitter's "extraordinary potential."

"I invested in Twitter as I believe in its potential to be the platform for free speech around the globe, and I believe free speech is a societal imperative for a functioning democracy," Musk said his offer letter to Twitter. "However, since making my investment I now realize the company will neither thrive nor serve this societal imperative in its current form. Twitter needs to be transformed as a private company."

In the days following Musk's bid, Twitter's board put in place a so-called poison pill that would make it more difficult for Musk to acquire the company without its approval. There were also questions about whether the company would try to find another buyer.

However, CFRA senior equity analyst Angelo Zino said Monday that Twitter's board more seriously considering Musk's offer may have come "from the Board's realization that an alternative bid from a 'white knight' may be difficult to come by, especially following the decline in asset prices from social media companies in recent weeks/months."

Twitter CEO Parag Agrawal, who has held the role only since November, may not be in the top job much longer after the company agreed to sell itself to Elon Musk.

While it's not clear exactly what kind of relationship Musk has with Agrawal, Musk does have what appears to be a long-running bromance with Twitter cofounder and former CEO Jack Dorsey (over the weekend, Musk tweeted at Dorsey complimenting his new "Block Head" title at his financial services firm, Block). And after it was announced that Agrawal would take over Twitter's CEO role from Dorsey in November, Musk tweeted a meme that equated Agrawal to former Soviet leader Joseph Stalin.

Musk also said in his offer letter to buy Twitter that he does not "have confidence in management."

Musk is already the CEO of multiple other companies, including Tesla and SpaceX, so he may not want to be in charge of running another one (and Tesla shareholders might object to him taking over the top job at Twitter). But given his stated desire to shake up the platform, it's possible he will seek to appoint a new leader at the social media company, even if it's not him.