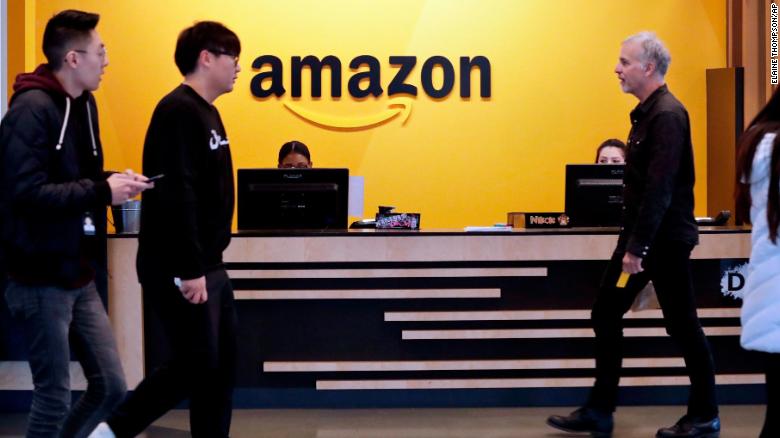 Amazon (AMZN) said Thursday that its holiday quarter sales hit $72.4 billion, up 20% from the same period a year earlier and at the high end of its previous forecast.

But sales growth is slowing down. Its 20% sales growth for the quarter was well below the 38% growth it saw in the same period a year earlier. Amazon also forecast weaker than expected sales for the first quarter of 2019.

Amazon reported $3 billion in profit for the final three months of 2018, marking the fifth consecutive quarter that its profits topped $1 billion.

Amazon's total profit for 2018 topped $10 billion for the first time in the company's history.

Its shares were essentially flat following the earnings report Thursday. But the stock has had a strong start to the year. It was up more than 10% in January. 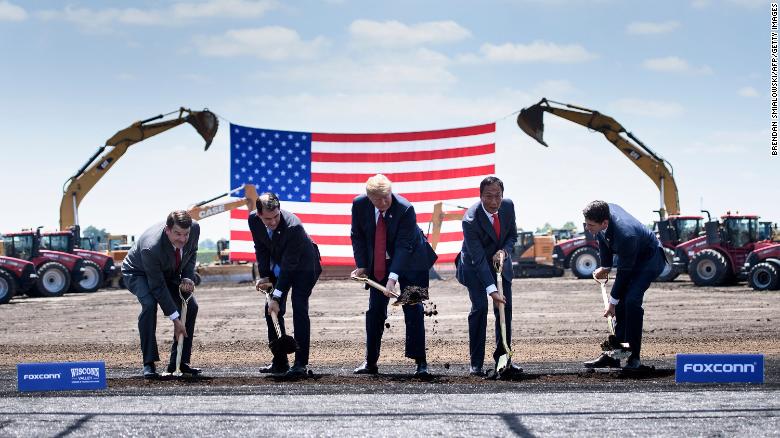 Foxconn is in line to collect $4 billion in state and local government incentives when it builds a new location in the state of Wisconsin. But exactly what kind of facility the electronics giant has in the works is unclear. Our own Chris Isidore breaks it down:

The original plan: Build a massive manufacturing plant to make flat screen panels that would employ 13,000.

The new plan: A technology hub dedicated to research and development rather than manufacturing, that also has a smaller factory component.

In a statement, the company said:

While Foxconn's need to be responsive to the global market environment has necessitated a reconsideration of which technology will best suit the needs of its customers, its commitment to the construction...and the creation of 13,000 jobs in Wisconsin remain unchanged."

Nothing with the incentives plan has changed -- yet. But Governor Tony Evers only just learned about the revised plans this week. 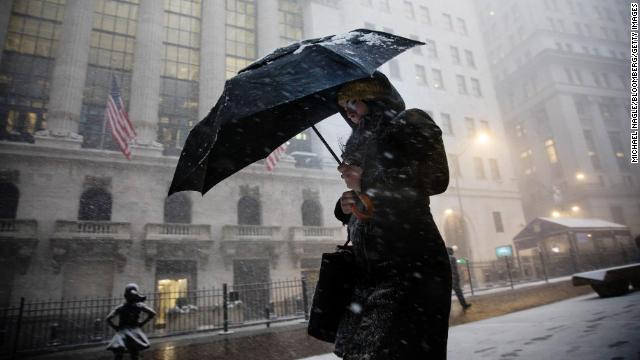 It was freezing on Wall Street but the stock market was on fire.

The Dow closed just slightly higher on the day, but still achieved its strongest January since 1989. The Nasdaq soared 1.4%.

Facebook (FB) was the big winner. It surged 11% on its booming bottom line and solid user growth. 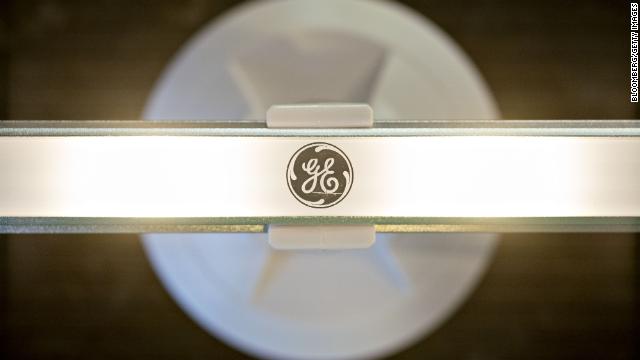 Wall Street is on the verge of closing out January on a positive note.

The stars of the show on Thursday were GE and Facebook, two of the biggest disappointments of last year.

GE (GE) soared 15% after reaching a $1.5 billion subprime mortgage settlement and posting results that were better than feared. GE is on track for its best day since 2009.

Facebook (FB) wasn't far behind. The Mark Zuckerberg-led company climbed 13% in response to a record profit and solid user growth.

The Dow was held back by DowDuPont (DWDP), which tumbled nearly 8% after announcing disappointing results.

If the markets avoid an afternoon slide, the Dow and S&P 500 could notch their best January performance in at least 30 years. 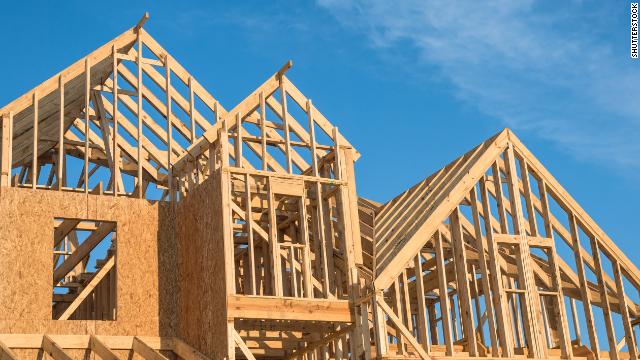 Maybe the housing market isn't cooling off that much after all?

The government said Thursday new home sales in November increased nearly 17% from October, well above Wall Street's forecasts. (The data is a little old since the report's original release date was postponed during the partial government shutdown.)

The average 30-year fixed mortgage rate was hovering around 5% in November. During the past few months, mortgage rates have cooled to about 4.46%. If prices and mortgage rates continue to fall, that might entice even more previously reluctant buyers to shop for a house.

That would be great news for housing-related stocks. The S&P Homebuilders ETF (XHB) was up 2% Thursday. The index includes Home Depot (HD) and Lowe's (LOW), insulation company Owens-Corning (OC) and floor maker Mohawk (MHK) as well as major builders. 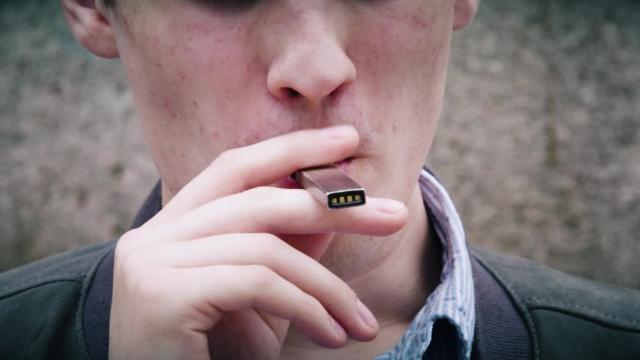 Marlboro owner Altria and the analysts that follow it clearly believe the company's future is more about vaping than smoking. Juul, the e-cigarette company in which Altria bought a 35% stake in December for $12.8 billion, was mentioned 98 times during Altria's earnings conference call Thursday.

Altria chairman Howard Willard noted that Juul's sales topped $1 billion last year, up from about $200 million in 2017. The company added that it expected US vaping volumes to grow about 15% to 20% annually for the next five years while traditional cigarettes should continue to post declines of around 4% to 5%.

Willard also touted Altria's recent investment in Canadian marijuana company Cronos (CRON), saying that "the growth opportunities are significant and will extend across the globe as cannabis markets open."

Shares of Altria (MO) rose 2% in early trading. But the stock is still lagging the broader market this year as some analysts remain skeptical of the Juul deal. Morgan Stanley downgraded Altria a few weeks ago, citing concerns that it overpaid for Juul.

Facebook (FB) stock soared 11% at the opening bell, a day after the social media company posted a record $6.9 billion profit.

General Electric (GE) spiked 10% after the company said it reached a $1.5 billion settlement with the Justice Department, putting to rest a major question about the beleaguered business. Shares were already up 20% this year on investor hopes that the company’s decade-old struggles are coming to an end. 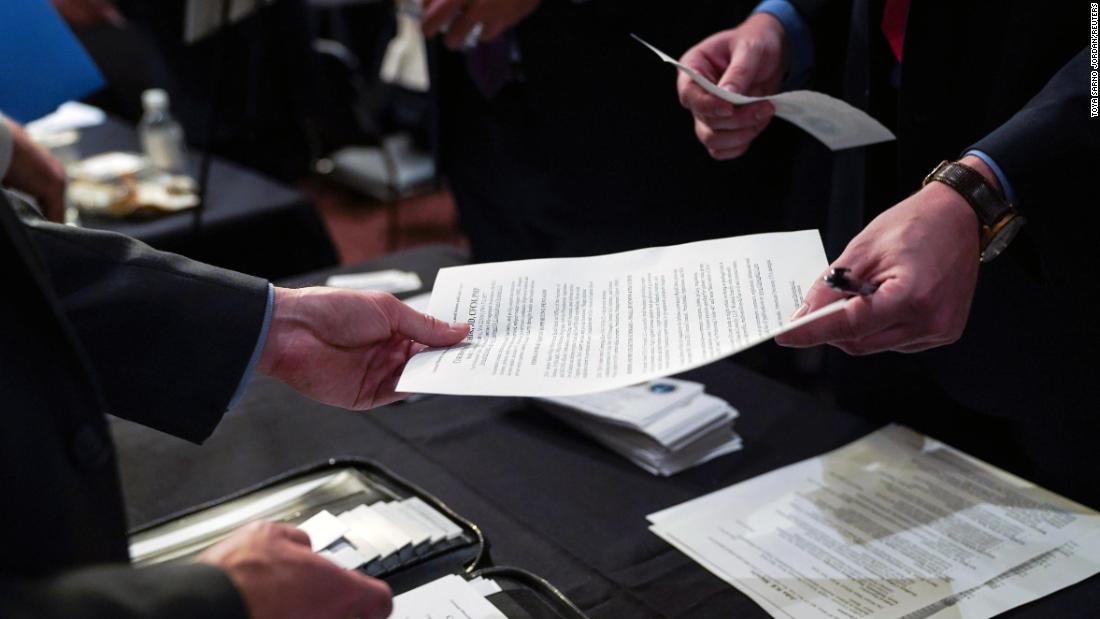 That's potentially troubling news for the jobs report, which the Department of Labor will release tomorrow morning. Although furloughed workers will be counted as employed in that report, it's still a mystery how many out-of-work government contractors will be considered unemployed.

Seasonal adjustments may have also thrown the initial claims number a bit off course, according to Chris Rupkey, chief financial economist at MUFG.

"It looks that the seasonal factors are having trouble adjusting for the winter weather-related layoffs this time of year," he said, noting the Martin Luther King Jr. holiday may have thrown the Labor Department's calculations for loop.

All is well for now assuming the Federal government is not shut down again in the middle of February." 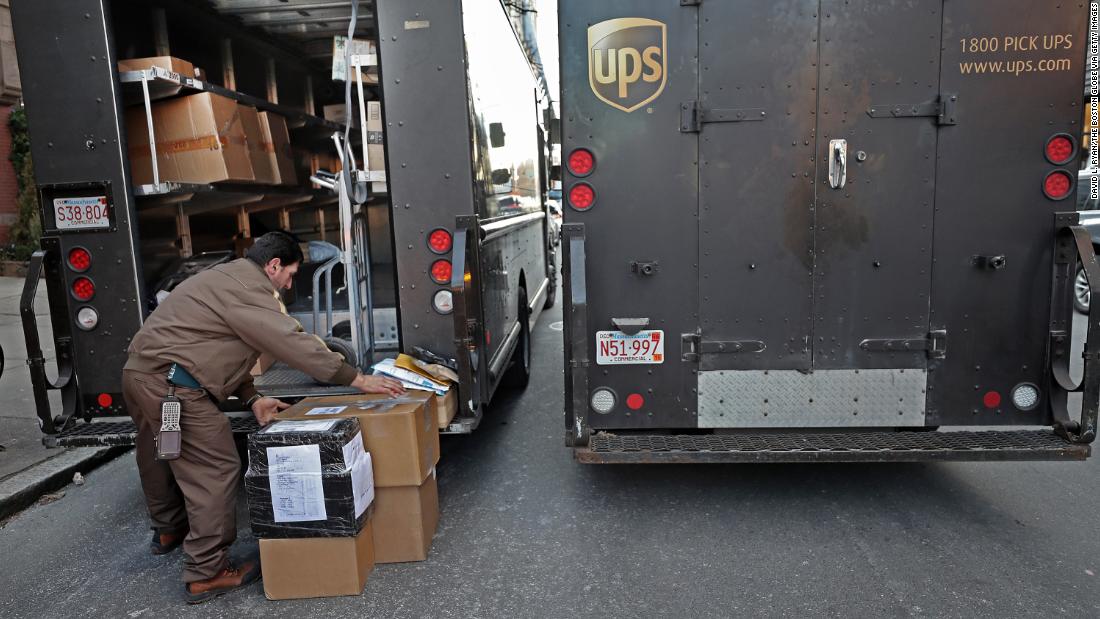 The growth of online shopping might be hurting brick-and-mortar stores, but it's helping delivery companies such as United Parcel Service

UPS (UPS) shipped more packages than ever over the holidays. The record helped lift earnings to $1.7 billion, a 17% rise from a year earlier.

The results were slightly better than Wall Street forecasts. Revenue was up nearly 5% in the quarter.

The company was not only helped by an increase in the number of shipments but also higher average revenue per packages. It expects earnings to continue to improve in 2019.

Shares of UPS were up nearly 5% in premarket trading.