The Dow closed up 435 points on Wednesday, boosted by the Federal Reserve’s decision to keep interest rates steady. The Dow finished above 25,000 for the first time since December 7.

Fed governors unanimously agreed at their first two-day policy-setting meeting of 2019 to keep the federal funds rates, which influences the cost of mortgages, credit cards and other borrowing, at a range of 2.25% to 2.5%. That was largely what Wall Street expected.

Stocks were lifted Wednesday morning, mostly by Boeing and Apple. Boeing, the largest US exporter, posted record sales for 2018. Shares closed more than 6% higher. Apple closed up 3%, despite reporting a drop in iPhone sales Tuesday. 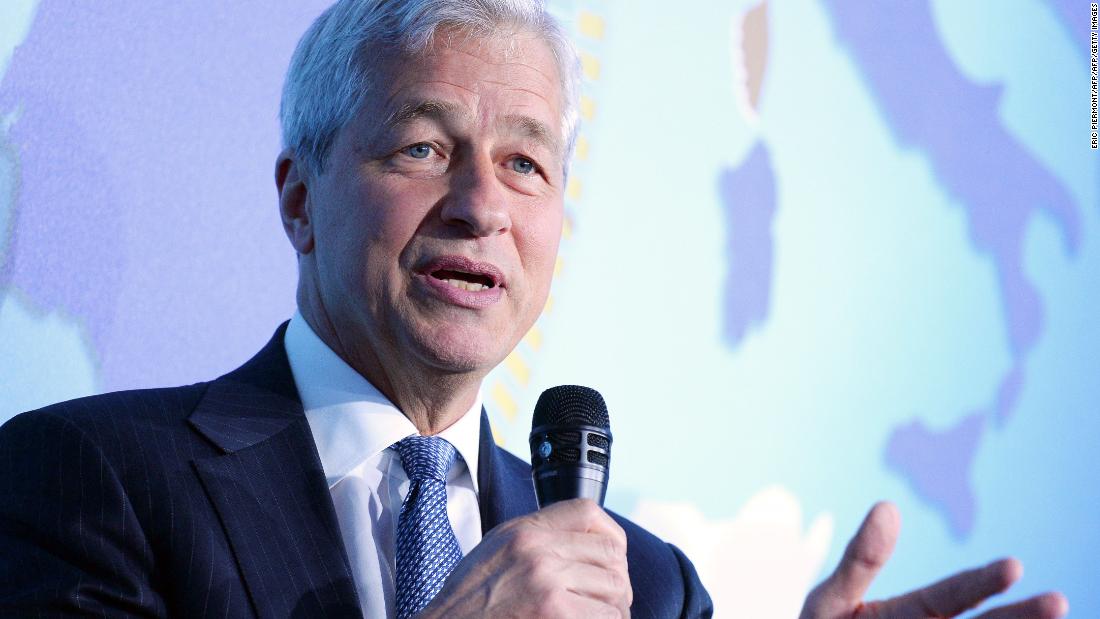 The early 2020 presidential race has everyone talking about taxing the rich, including JPMorgan Chase CEO Jamie Dimon.

“I believe that individuals earning the most can afford to pay more, and I have no problem paying higher taxes to address some of the fundamental challenges and inequities in our society," he said in a statement first obtained by CNBC.

But the offer comes with a caveat.

"However, we need to ensure that our tax dollars are going where they can be most effective — like expanding the earned income tax credit and other programs that support the people and communities who really need it," he continued. 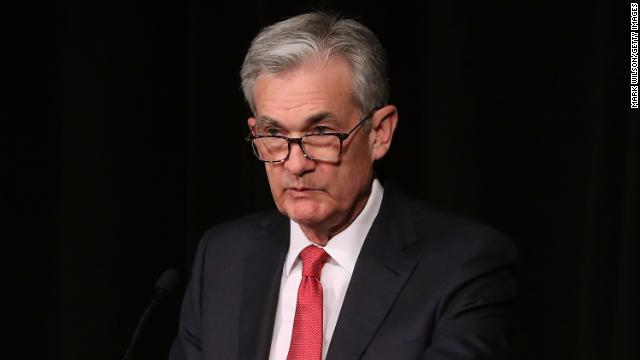 Federal Reserve Chairman Jerome Powell strongly hinted that the Fed may be done raising rates for now — and perhaps for all of 2019.

At a press conference today, he said the American economy could slow, while concerns that inflation could spiral out of control have abated. That means the Fed's case for raising rates has "weakened." It kept its target interest rate steady near 2% Wednesday.

Powell said the uncertainty of the economic and inflation forecasts means the Fed is "patiently awaiting greater clarity." He said December's rate hike didn't match the patience that the Fed now has.

It is also open to slowing the pace of another key tool: the unwinding of its balance sheet. The Fed has been selling off assets it purchased to prop up the economy during the financial crisis.

Anyone with "patience" on their Powell press conference bingo board is a winner.

Powell said the Fed is taking a "wait and see" approach to rate hikes as "we will patiently wait and let the data clarify."

He noted the jobs market remains strong, and the Fed continues to expect the American economy will grow at a strong pace this year — although at a slower pace than in 2018.

"Growth has slowed in some major foreign economies, particularly China and Europe. Brexit, ongoing trade negotiations and the effects of the partial government shutdown are problematic."

Powell also noted some surveys of business and consumer sentiment have moved lower.

Powell said the shutdown is "less important" than other impacts on the economy, although he acknowledged that it "will leave some imprint" on first-quarter GDP.

"If that's all there is and there isn't another shutdown, we'll get some of that back in the second quarter," Powell noted. The Congressional Budget Office suggested the shutdown cost the American economy $11 billion, and GDP will never recoup about $3 billion of that.

Powell said that, more than the shutdown, the Fed is concerned that financial conditions have become "significantly tighter" in recent months.

Asked whether Powell and the Fed caved to President Donald Trump's pressure to stop raising rates, Powell said the Fed only considers economic data when making its rate decisions.

"That's strongly our culture," he said. "We're always going to do what we think is the right thing. We're never going to take political considerations into account."

Powell conceded that the Fed is made up of humans and "We're going to make mistakes."

Update 3:05 pm ET: What the Fed will do in the next recession

Powell said the Fed does not foresee a recession on the horizon. However, if the economy should get much worse in a hurry, the Fed doesn't have much room to reduce interest rates: They remain historically low at around 2%. By contrast, rates were above 5% before the Great Recession.

Powell noted the Fed "could be in a situation in the future where we'd like to cut rates more than we can," although he made clear that the Fed doesn't think "anything like that is in the cards — we have no reason to think we would be."

If that were to happen, Powell said the Fed "would use the full range of our tools," and "there would be room to do substantially more" to rescue the economy.

America's trade war with China and tariffs on other countries have not produced any "material effects" on US GDP, Powell said.

But he is concerned with Corporate America and the government's growing debt problem.

Powell said corporate debt poses a "macroeconomic risk," because companies may have to lay off employees to pay back what they owe investors. Powell said the Fed monitors those risks "very carefully," cautioning that "it's a concern — it's something we're watching."

Similarly, Powell said the US government's budget is "on an unsustainable path and that needs to be addressed." He blamed America's health care system, including Medicare and Medicaid, combined with an aging population. Powell said the government will "have to go after that problem," suggesting that lawmakers rein in spending now while the economy is strong.

The Federal Reserve just announced it would hold interest rates steady, another clear signal it intends to take a cautious approach in an uncertain economic environment.

The Dow climbed higher on the decision and is now up more than 400 points.

Fed governors unanimously agreed at their first two-day policy-setting meeting of 2019 to keep the federal funds rates, which influences the cost of mortgages, credit cards and other borrowing, at a range of 2.25% to 2.5%.

The Fed said it would be "patient" on future hikes.

More like Tupper-scare. Shares of Tupperware (TUP) plunged 30% after an abysmal earnings report and a stark China warning.

CEO Tricia Stitzel said on an analyst call that the company is "seeing increasingly problematic consumer spending trends in China as their economy slows down."

Even before today's sharp drop, Tupperware's shares had tumbled nearly 60% over the past year. 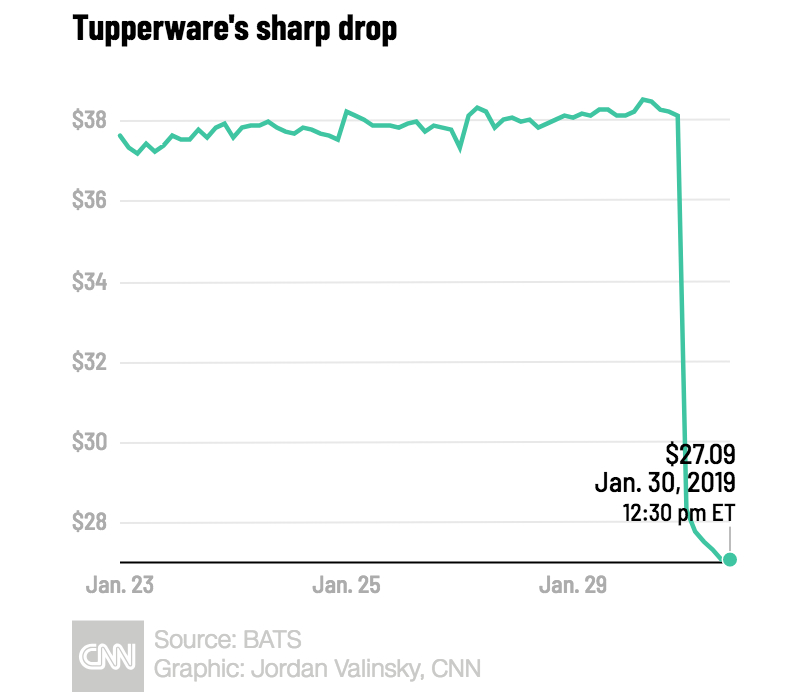 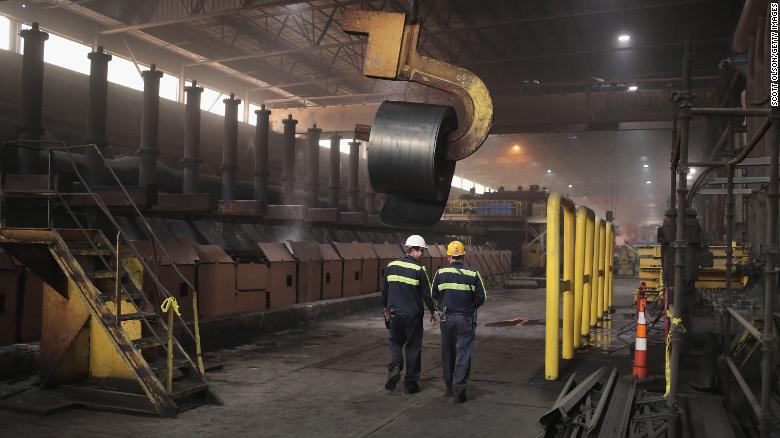 Lots of important economic reports have been held up for weeks due to the partial government shutdown, but some of them will start rolling out this week.

November home sales, which was scheduled to come out on December 27, will be published Thursday by the Census Bureau. Reports on construction spending and wholesale trade – also based on November data -- will both post on Friday.

Next week, the Census Bureau will publish three reports that were due out in January. Manufacturers’ shipments, inventories and orders from November will release on February 4. November numbers on goods and services trade will come out on February 6, as will a separate measure of steel imports.

Still missing: The fourth quarter GDP report that was scheduled to come out today remains delayed. A new release date has yet to be set by the Bureau of Economic Analysis, which publishes the report.

The monthly jobs report will be published by the Labor Department as scheduled on Friday. That department as funded by Congress through September, and remained open during the shutdown. 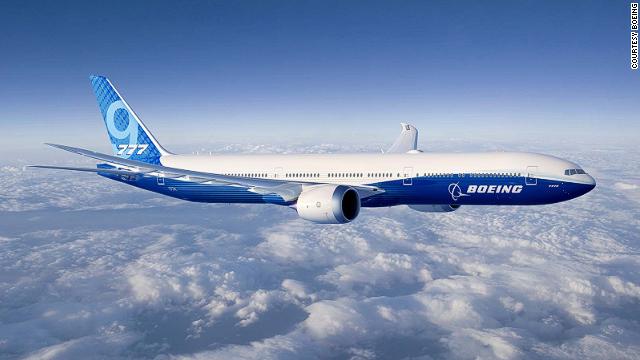 Apple (AAPL) advanced 5% -- despite revealing a drop in iPhone sales. Wall Street was apparently bracing for even worse news from Tim Cook & Co.

Those rallies overshadowed a 4% slide for AT&T (T). The owner of CNN and HBO posted a sales miss on disappointing mobile phone subscription growth.

Meanwhile, US oil prices climbed by another 3% as traders brace for supply constraints caused by US sanctions on Venezuela.

Next up, Jerome Powell and the Federal Reserve. Traders will begin dissecting the Fed policy statement at 2 p.m. ET, followed by Powell's press conference 30 minutes later. 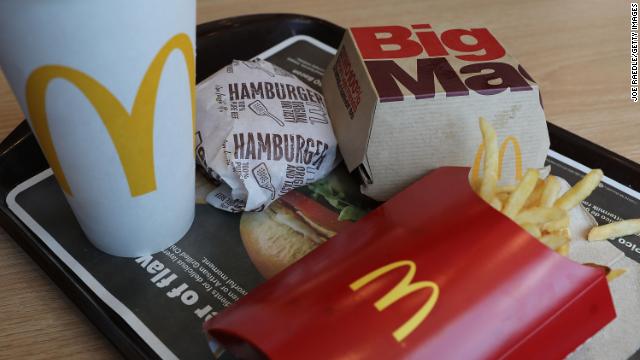 McDonald's (MCD) new growth strategy in 2017 beefed up its digital capabilities, modernized its stores and introduced delivery. Those efforts drove growth this year, CEO Steve Easterbrook said in a statement on Wednesday.

In the last three months of 2018, global comparable sales grew 4.4% and US sales grew 2.3%. It’s the 14th consecutive quarter of global sales growth for the company. Plus, more people are coming to the stores. In both 2018 and 2017, McDonald’s customer count grew.

The company tried aggressively to convince consumers to download its app last year, running promotions like free fries with a $1 app purchase. It also revealed a new breakfast sandwich in the fall.

Though comparable sales grew, overall revenue fell in 2018 because of refranchising costs, the company said. Shares were flat before the market opened on Wednesday. 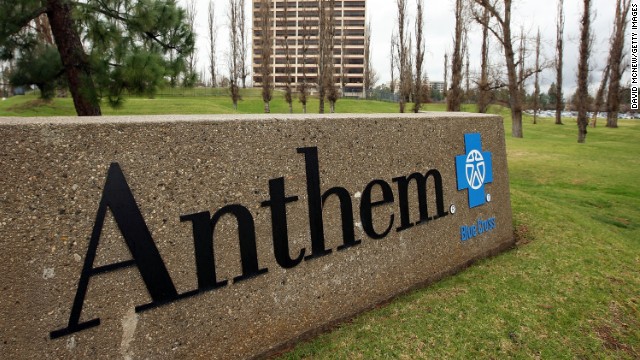 Anthem, which runs Blue Cross and Blue Shield plans in 14 states, reported earnings that topped forecasts. It issued a healthy outlook for 2019.

Investors were also excited by the company's plans to launch its own pharmacy benefits management company, IngenioRx, with drugstore chain CVS (CVS) in the second quarter — several months earlier than expected.

Anthem had been using Express Scripts as its middleman between insurers, drug stores and pharmaceutical companies. But the two had a falling out in 2016 when Anthem sued Express Scripts over a pricing dispute. Anthem announced in 2017 that it would end its deal with Express Scripts at the end of this year.

But a lot has changed in the health care world since then. Express Scripts was bought by Cigna (CI), the insurer that Anthem had hoped to merge with before that deal was killed by regulators. And CVS scooped up Aetna, another insurer.

Anthem now finds itself in an alliance with CVS in order to try and keep drug prices low — and Wall Street happy.