After a day of gains, US stocks lost steam into the close and finished the day lower.

It's a shortened trading week for US markets, which will remain closed for Good Friday. 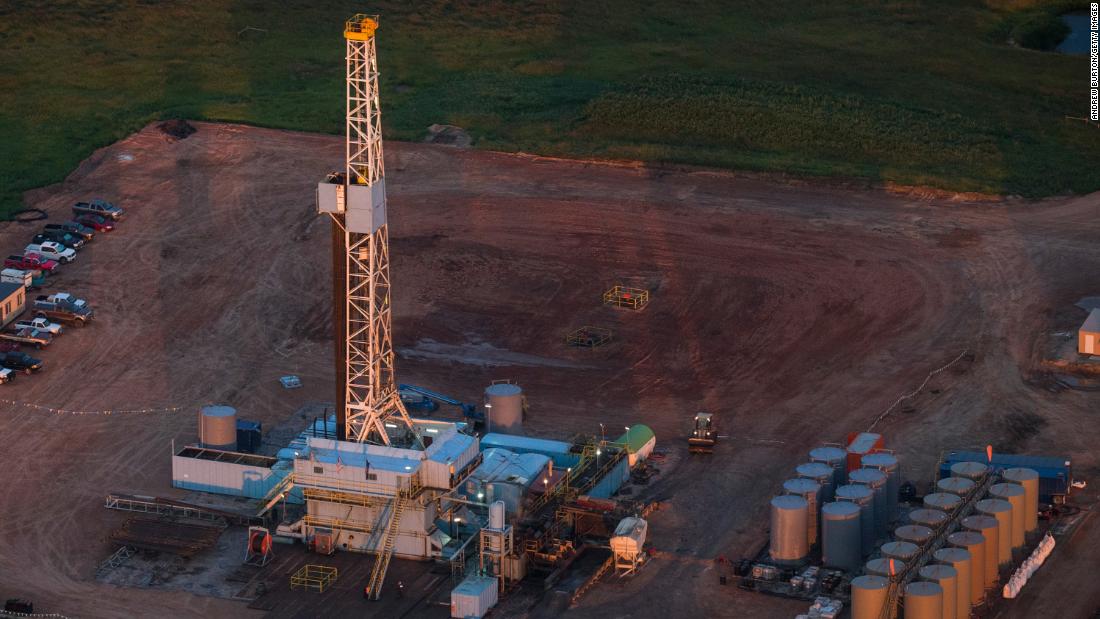 The white-knuckle ride in the oil market continues.

US oil prices tumbled 9% Tuesday to $23.63 a barrel, reflecting nervousness ahead of this week's pivotal OPEC meeting.

Crude has plunged 17% over the past two days, erasing a large portion of last week's record-shattering 32% spike to $28.34 a barrel.

Despite the enthusiasm signified by last week's gains, there remains considerable uncertainty over whether Saudi Arabia and Russia will agree to the massive production cuts the oil market needs at Thursday's meeting.

"It’s not unusual to see oil markets trade lower ahead of key supply meetings like this, as in a way, the market likes to force the group’s hand into cutting," said Ryan Fitzmaurice, energy strategist at Rabobank.

And even if a deal is reached, it will not offset the unprecedented collapse in demand caused by the coronavirus collapse. Analysts estimate the supply glut could top 20 million barrels per day -- a glut so massive that the world could run out of space to store all that crude.

"That will not be enough to balance the market. Prices won't significantly increase," said Paola Rodriguez-Masiu, senior oil market analyst at Rystad Energy. 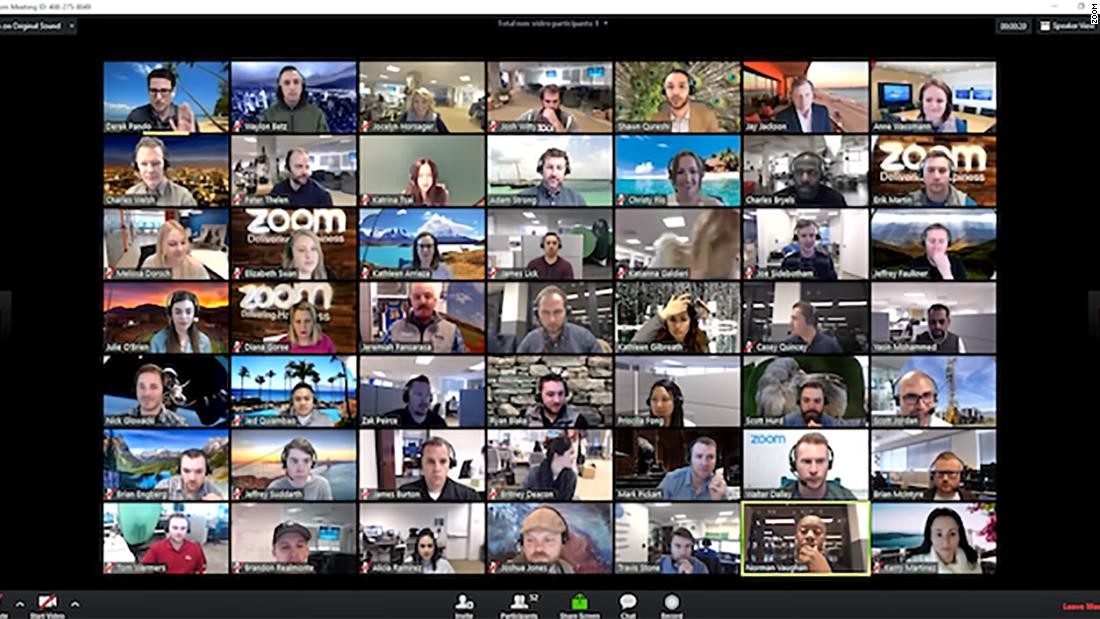 Zoom Video Communications has been the poster child company for the stay-at-home economy. People are using it to connect with co-workers for meetings, workout classes and happy hours with friends. Even some kids are on Zoom to stay in touch with schoolmates.

But while Zoom shares are up a nearly stunning 70% so far this year, the stock has taken a hit in recent days. Shares of Zoom (ZM) fell more than 7% Tuesday and are now down more than 20% in just the past week. The stock is now 30% below its all-time high.

One major reason: well-publicized security concerns. There have been reports of private calls getting hacked by trolls spouting hateful messages -- a phenomenon dubbed as Zoombombing, Schools in New York City have stopped using Zoom as a result.

But there's another, less nefarious explanation why Zoom shares have taken a hit. The rebound in the broader market due to a decline in the death rates from Covid-19 has led to a sell-off in several "shelter-in-place" stocks. Food companies and grocery stores, video game makers and virtual health company Teladoc (TDOC) have all tumbled. And, now, Zoom.

Stocks are on track to finish in the green for a second day in a row.

The S&P 500, the broadest measure of the market, is up 2% in the early afternoon. If the market closed now, the index would have climbed 21.5% since its low point on March 23. That's quite the rally!

Not so fast, caution strategists at Citi. The important thing about this rally is its durability.

We suspect that a bit of FOMO (Fear of Missing Out) entered the fray as FOMU (Fear of Meaningfully Underperforming) weighs on portfolio managers that did not get out of the way earlier on," said the strategists, led by chief US equity strategist Tobias Levkovich, in a note.

Even though recent coronavirus news has been somewhat encouraging, "it is difficult to say that we are out of the woods yet," they said.

First-quarter earnings are coming up, and they will show only the beginning of the toll the outbreak is taking on America's businesses. 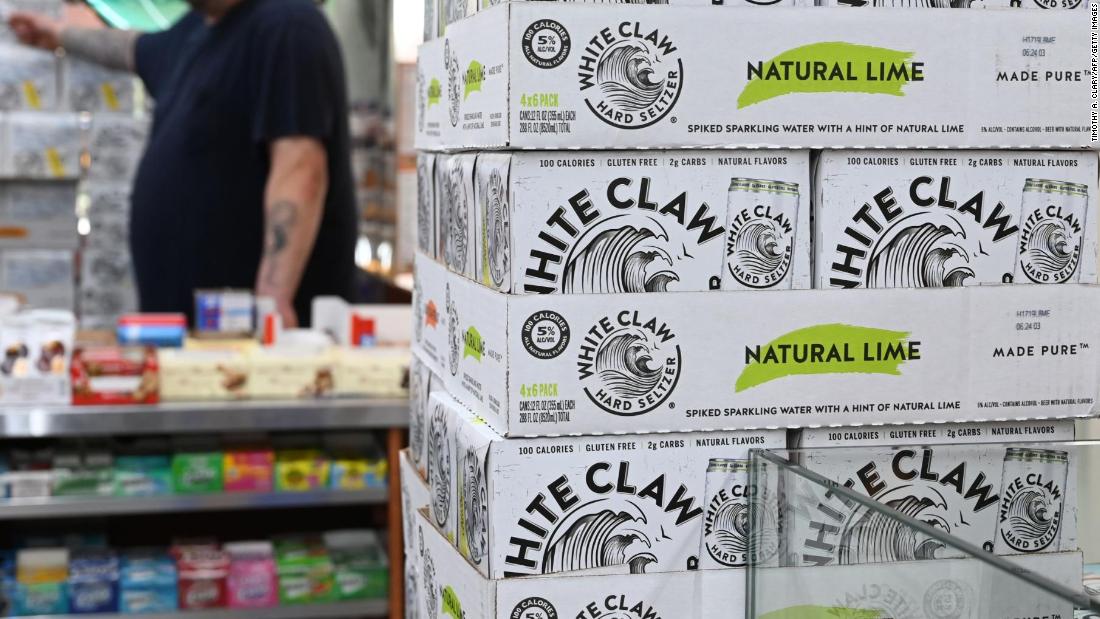 The peak of the so-called "stockpiling" time of alcohol appears to be over: Sales slipped for the week ending March 28, a 21% decrease, compared to the week prior according to new data from Nielsen.

Still, sales were up the same amount compared to the same week a year ago signaling that people are still drinking.

Danelle Kosmal, vice president of Nielsen's Beverage Alcohol Practice Area, said that the week of March 28 was an "adjustment week during which consumers moved away from the same level of stocking up we saw previously."

Local laws required bars and restaurants to close last month and social distancing guidelines limited people from hanging out in an attempt to slow the spread of the novel coronavirus.

Beer, wine and spirits all continued to be huge sellers, with spiked seltzers continuing to outpace them all. Seltzer sales grew a staggering 327% compared to the same time a year ago. 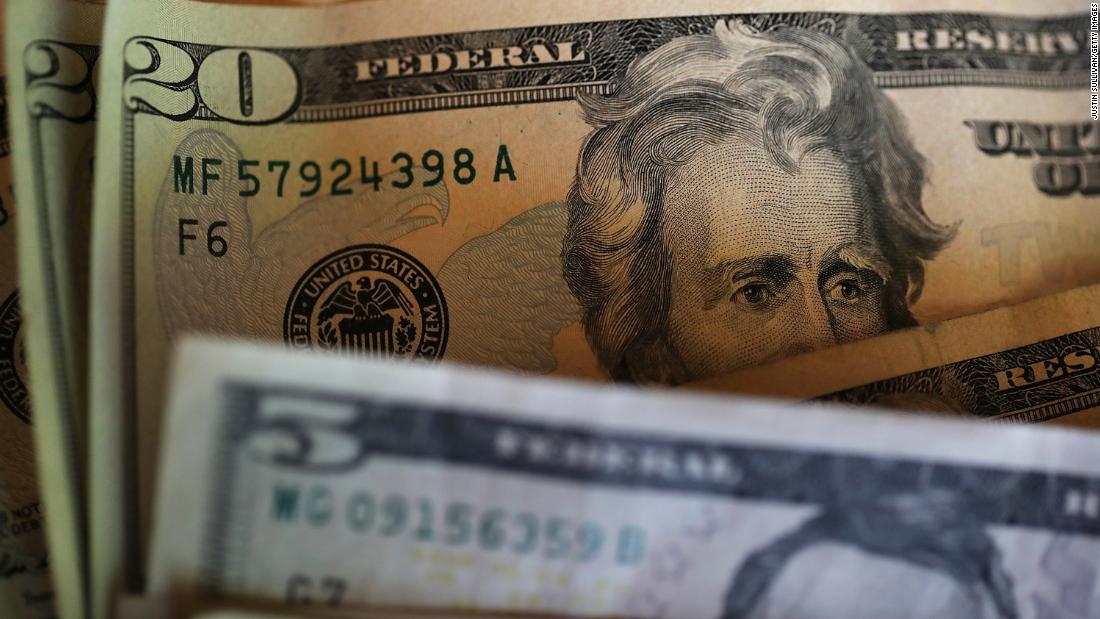 The recent stock market rally is taking place at the same time the United States dollar is weakening against the euro and other major currencies -- and that's no coincidence.

The dollar had soared to a 52-week high back on March 20. But since then, the benchmark US Dollar Index is down about 3%.

The surge in the greenback last month was worrisome because it was a sign of strong demand for dollars from other countries. While that might sound like a good thing, the safe-haven desire for dollars was so high that it essentially created a shortage of the currency.

The resulting liquidity crunch made already stressful market conditions even more troubling. That's a main reason why the Federal Reserve has put several programs in place to boost access to dollar funding, which has led to more calm in the stock market.

There's good reason: A weaker dollar will boost the value of international sales and earnings generated by blue chip multinational US firms.

The main downside to a slumping dollar is that it could push prices for imported goods higher. But that seems like a minor concern right now. After all, there's very little evidence of inflation in the economy at this point. A recession is a much bigger worry than rising prices.

Stocks remain sharply higher at midday, even though they have given up a good chunk of their earlier gains.

Basic materials and financials stocks are leading gainers across the board. It's the second straight day of gains in the market. 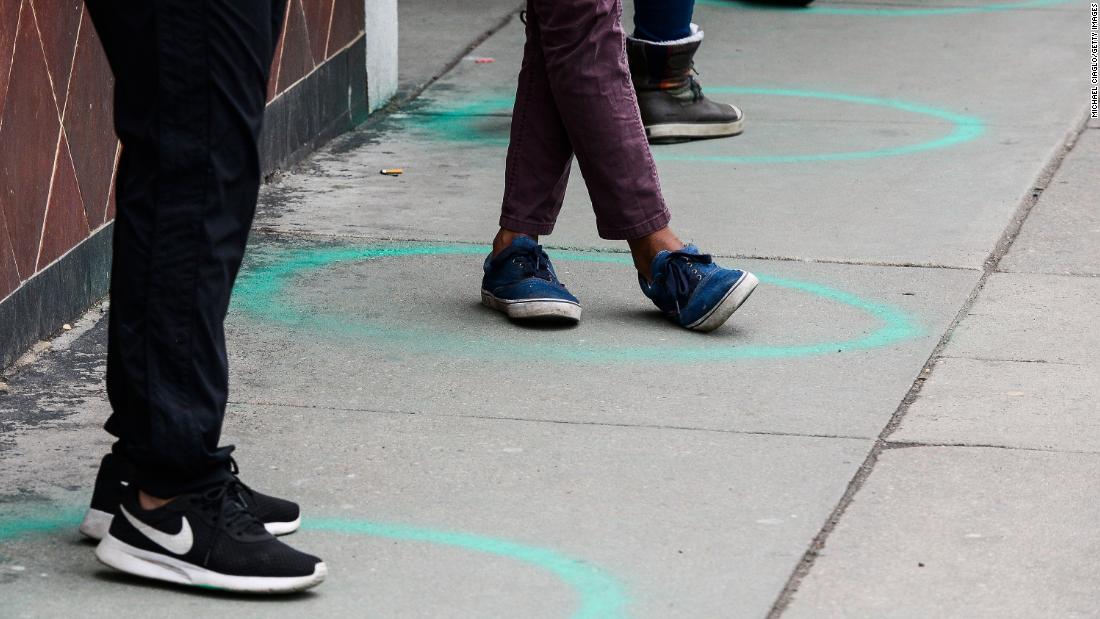 The coronavirus pandemic has thrown the US economy into a downturn, and almost certainly a recession. Economists are widely expecting this to be a short-lived phenomenon, and many hope for a V-shape recovery with a sudden upswing.

But what kind of recovery we'll get will depend on just how long the downturn will last.

Social distancing policies are in full swing all around America. People who can are working from home. Businesses have shut down. Laid-off or furloughed employees are filing for unemployment assistance.

The longer this goes on, the more likely we have credit events, insolvency events…. This will take on a life of its own," said Alicia Levine, chief strategist at BNY Mellon Investment Management on today's market outlook call.

In the V-shape, we would get back to previous levels of growth in mid-2021," said Liz Young, vice president at BNY Mellon Investment Management.

In a U-shaped recovery -- which has a prolonged downturn, the economy would be "chugging along at the bottom" in 2021, Young said. It might not be a deep recession for the whole year, but unemployment levels and consumer spending would take longer to get back to where they were before.

All depends on how the next few weeks go.