Verizon (VZ) is touting its 5G network following the announcement of the first 5G iPhones.

Verizon on Tuesday announced the launch of its “nationwide” 5G network, which covers more than 200 million people in 1,800 cities across the country. Competitors AT&T and T-Mobile previously announced nationwide 5G networks. These networks are built using lower frequency spectrum bands, meaning signals travel farther but provide only a relatively small jump in speeds compared to 4G.

Verizon also announced its superfast, “wide band” 5G network is now available in 55 cities, 43 stadiums and arenas and seven airports. This network will allow for dramatically faster uploads and downloads, improved live gaming and other perks.

Mobile providers are counting on the 5G iPhone to help increase adoption of the new wireless network technology. 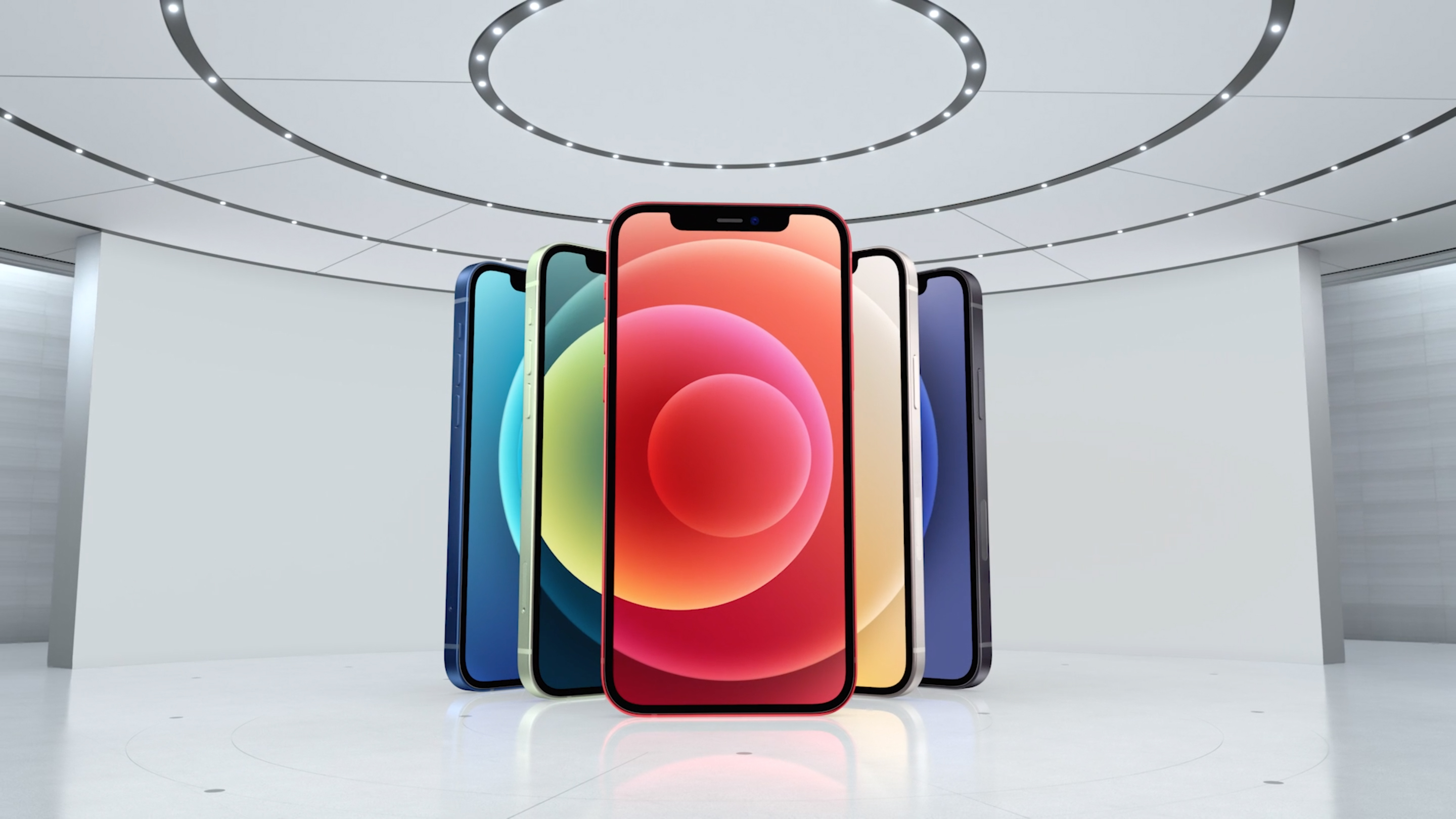 The iPhone 12 has two cameras, and it features smooth, flat edges, so the phone is flush in the front and back. It's thinner, smaller and lighter than the iPhone 11, and has double the pixels.

It also features an upgraded XDR display and a new, tougher screen material that Apple is calling "Ceramic Shield." Apple says that makes its glass more durable, and it had four times better drop performance.

It's official: 5G is coming to the iPhone

Apple CEO Tim Cook announced that the "next generation" of the iPhone is here. He called it a "huge moment for all of us." The new iPhone will bring a "new level of performance" for downloads and uploads and higher-quality video streaming. In highly populated areas where 5G is available, people will have better service and faster speeds.

5G capability will be built into all the new iPhones introduced today, Cook said.

In Apple fashion, they also nodded to the privacy benefits. With better service, people won't need to connect to sketchy, public WiFi hotspots as often. 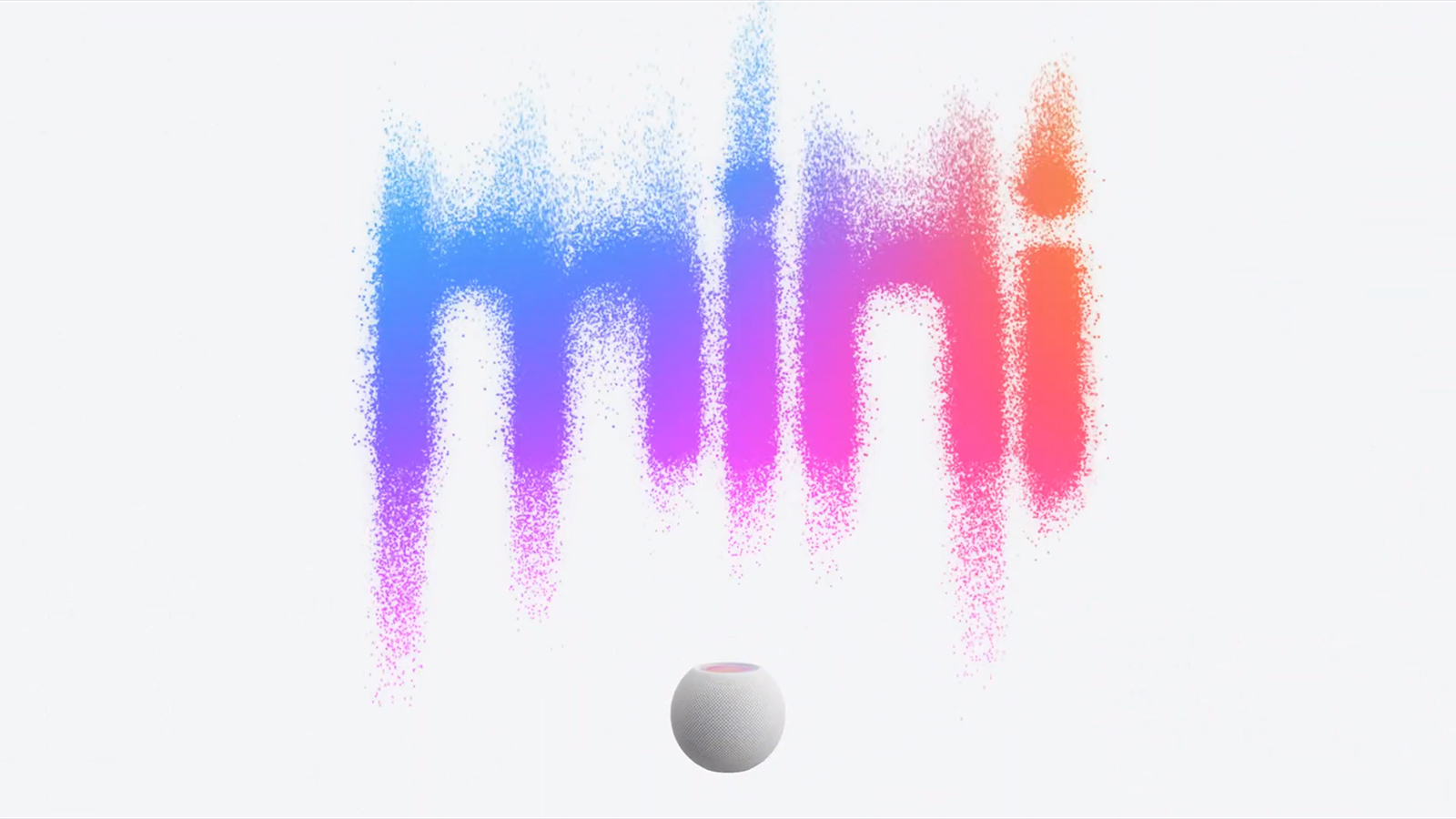 First up is the HomePod mini, the latest smart speaker from Apple. It has a new spherical shape with mesh fabric -- a very similar look to the new Echo speakers Amazon announced last month. It illuminates different colors at the top when Siri is activated.

The company said it has improved sound, and multiple HomePod mini speakers can play in sync throughout the home. If you have two of them in the same room, they will "intelligently: become a "stereo pair."

It comes in white and space gray. HomePod Mini ($99) will be available for order starting November 6 and it will start shipping the week of November 16.

Apple also highlighted the improvements it's made to Siri, possibly as a way of deflecting criticism that it lags behind rival voice assistants like Alexa and Google Assistant. For example, Siri can recognize other people's voices in the home, and can now act as an intercom system within the home to alert people in a different room.

You can tune into today's Apple event by going to Apple.com or YouTube. 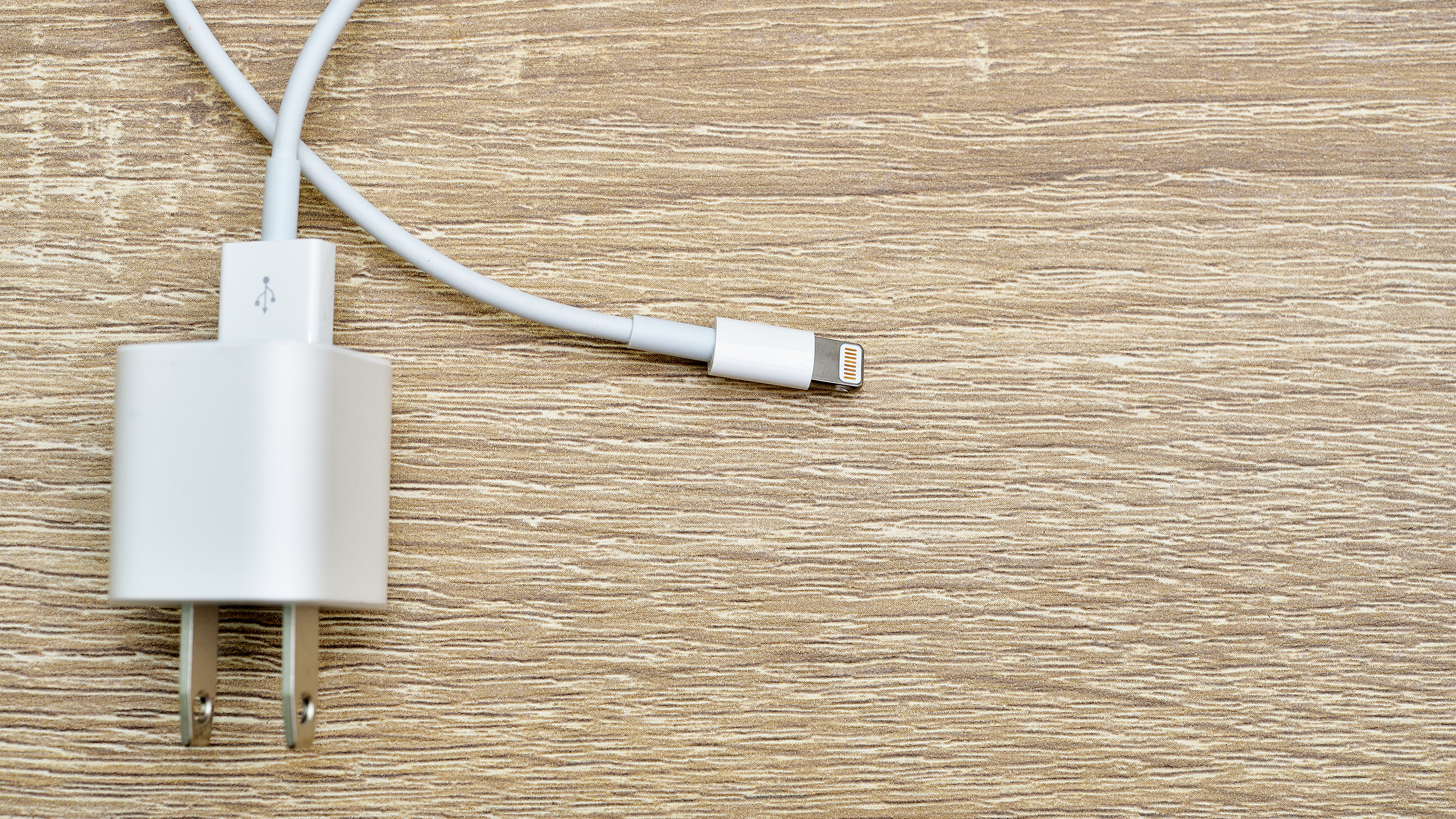 While today's event is likely to be all about the features and perks iPhone 12 buyers will get, one thing they may not get is a charging block.

Since most iPhone owners already have the block that plugs into the wall, several Wall Street analysts said they think Apple may ship the new iPhone with only a charging cord. It could be an environmentally friendly move — cutting down on the materials needed to make all those new charging blocks and allowing for smaller packaging.

It would also save Apple a few dollars per iPhone. That could boost the company's margins on what are likely to be 5G-connected devices, which generally cost more to make.

It just goes to show how much cost pressure is on the business when you're trying to incorporate new features," Bank of America analyst Wamsi Mohan said. "Where are you going to cut costs and not upset a consumer? This could be one of those instances."

In many ways, the iPhone is like a Toyota (TM) Camry, a machine that offers familiarity and reliability over fun, productivity, speed, performance, innovation and futuristic features.

That's not a bad thing. The Camry is a good car, and Toyota sells boatloads of them every year to people who just want to get from point A to point B, without having to worry about what this button does or what driving mode they should switch to or whether their car is going to melt down while they're stuck in rush hour traffic.

The iPhone 12 will be no different. It will probably have some snazzier features -- perhaps better cameras, 5G connectivity and a high-refresh-rate screen. Even with a light redesign, some different colors and a snappier processor, it's still going to have that familiar iPhone look and feel, complete with the same iOS software experience we've grown accustomed to for 13 years.

But there's more to a phone than playing it safe. 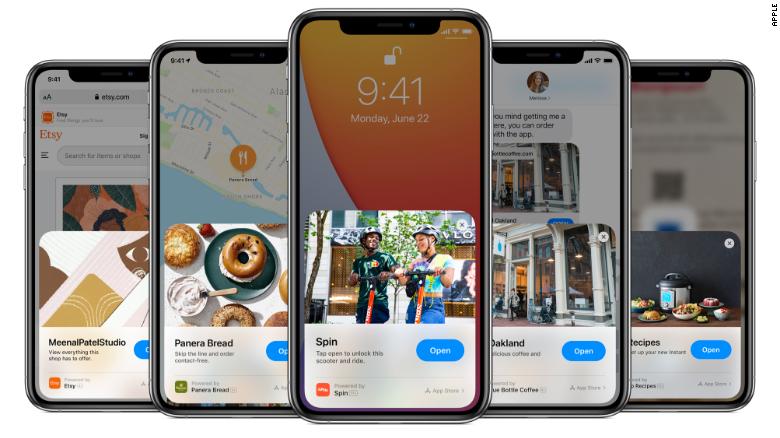 Apple has a solution for home screen clutter: Mini apps.

Instead of downloading an app, you can pull up just one part of it, saving valuable space on your phone.

Last month, the iPhone maker debuted "App Clips" as part of its latest operating system update. The new iOS 14, which has already rolled out on many current Apple (AAPL)  devices, will almost certainly be featured on a slate of new phones the company is revealing today.

For some, the concept may sound familiar: In China, the ubiquitous app WeChat has offered something similar for years.

More than 400 million users rely on WeChat's one million mini programs daily to do virtually everything, from ordering groceries to booking a yoga class to paying bills, without leaving the app. Like App Clips, mini programs don't take up a lot of space, so they can load quickly and minimize the storage needed on a phone.

What's the appeal? The main problem these smaller programs address is that most users no longer want to install new apps.

Seem familiar? This is not the first time that Silicon Valley has taken cues from China, said Pocket Sun, founding partner of SoGal Ventures, a venture capital firm that invests in startups in the United States and Asia.

Apple, for example, integrated its Apple Pay feature into iMessage well after WeChat popularized the use of digital payments on its messaging app, she said. 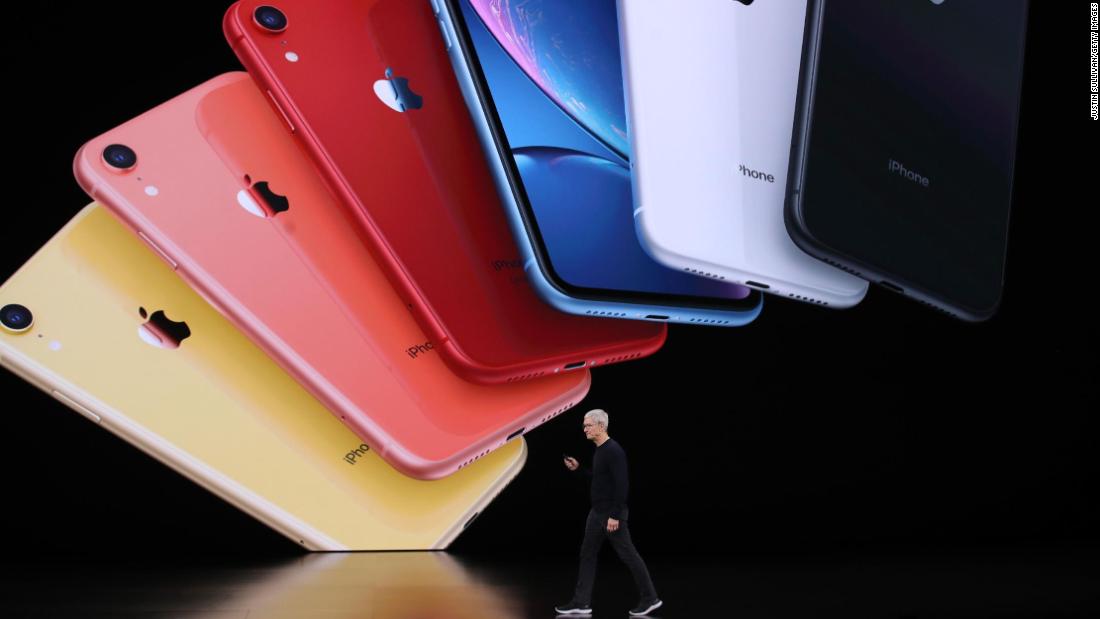 It's a nightmare product-release scenario, even for Apple: A raging pandemic has infected millions, including the President, and forced millions of Americans out of work. A reckoning with racial injustice has swept across the country. And in the company's home state of California, record-breaking wildfires blaze.

That's the backdrop as the world's most valuable public company prepares to unveil its latest iPhones.

The last time Apple released a phone into so much economic uncertainty was the iPhone 3G in July 2008, when the United States was already in a recession and just before the financial crisis escalated with the bankruptcy of Lehman Brothers.

Now, Covid has cast a shadow over all aspects of life in 2020, including smartphone upgrade cycles, and not even Apple is immune. The company typically announces new iPhones in September, but this year the pandemic disrupted supply chains and so it previously announced that the smartphones would ship out later than usual.

When the newest iPhones arrive, they'll be released in a vastly different economic and social environment than those in the past. An unknown number of people who just months ago planned to upgrade this fall to the latest and greatest iPhone now find that unthinkable due to Covid-related job losses and similar financial fears. Apple has been moving into luxury territory for years and, for many, a flagship device is now downright decadent.

And even for consumers who can afford it, it may be hard to justify the expense of a handset that may top $1,100.