New Zealand police have confirmed that another person has died following the eruption on White Island, also known as Whakaari.

The death toll from the disaster now stands at six.

Police said in a statement that the person, who has not been identified, was earlier being treated at Middlemore Hospital in Auckland.

Although New Zealand authorities are still slowly working through the process of identifying victims of yesterday's volcanic eruption on White Island, names and faces of the dead and missing have begun to emerge.

Here are some of the victims: 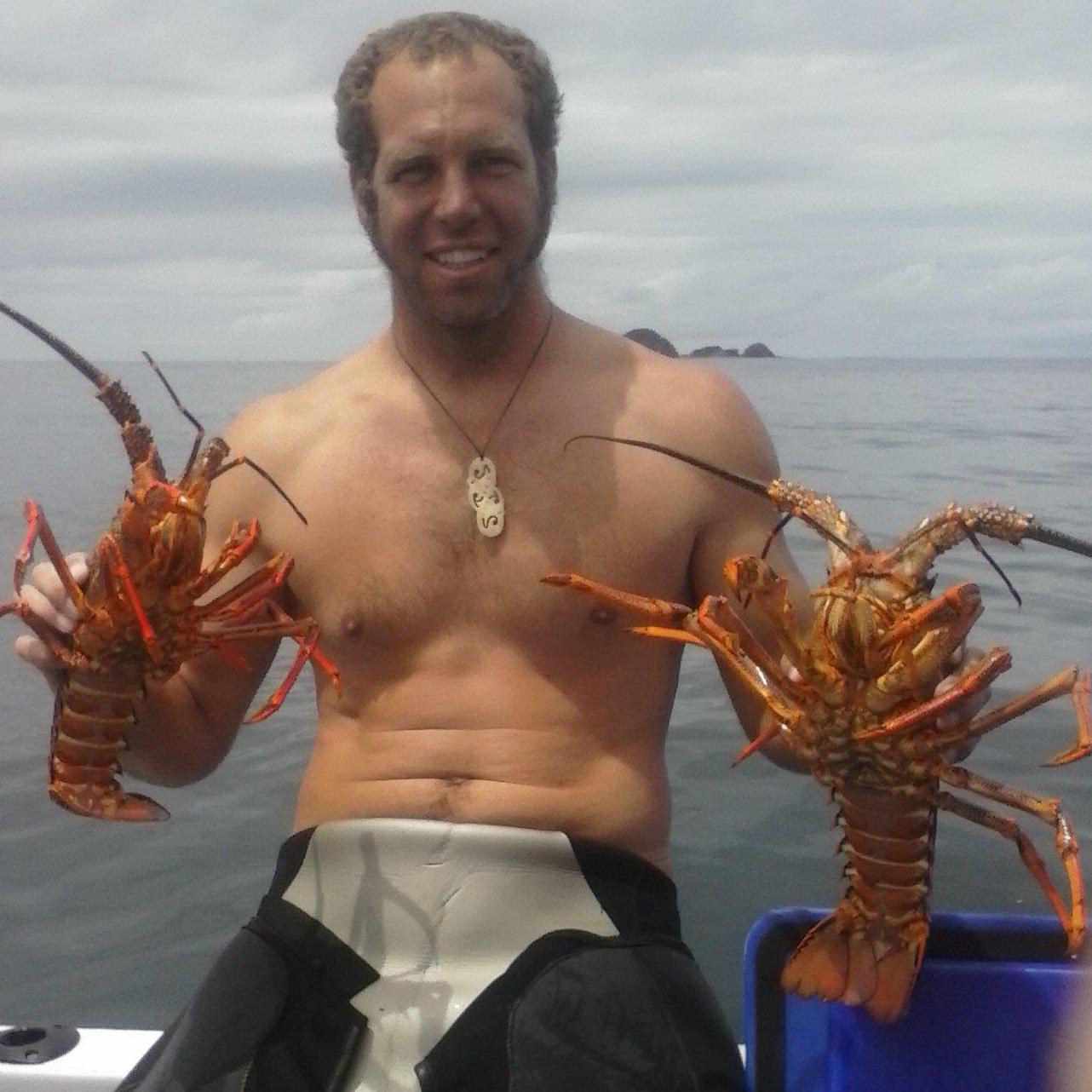 Hayden Marshall-Inman, pictured above, is the first victim to be identified dead. He was a guide with New Zealand’s White Island tours, and was killed in the eruption, according to Radio New Zealand.

His brother, Mark Inman, paid tribute to him on Facebook earlier today, saying he had "past [sic] away doing the one thing he loved." 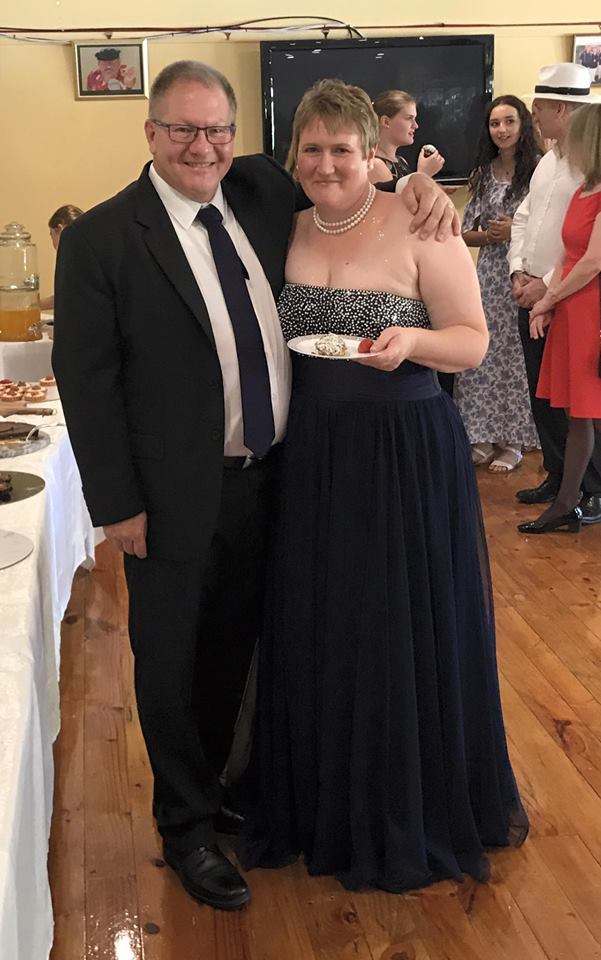 Gavin Dallow, pictured above on the left, is still missing. His partner, Lisa Dallow, on the right, is alive and being treated in hospital with severe burns. Another member of Lisa's family, 15-year-old Zoe Hosking, is also missing.

The family is from Adelaide, South Australia. 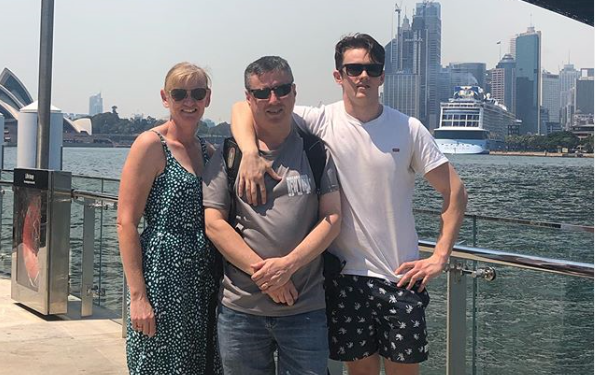 Anthony, Kristine, and Jesse Langford, pictured above, are all missing. A fourth family member, Winona (not pictured), is also missing. The family had traveled to New Zealand from Sydney, Australia.

Anthony Langford’s brother Robert told CNN affiliate Channel 7, "We don't know anything at all, but I'm hoping that somebody knows anything, has seen my brother, knows my brother or has seen his wife or their kids."

Night has fallen in Whakatane, New Zealand. The wharf in the town is cordoned off, but the fence is covered with flowers, cards, and notes paying tribute to the victims of the volcanic eruption.

Some of the messages mourn those who are missing or presumed dead. One reads, "To my best man, you will always be my best man. You are always in our hearts, thoughts, and prayers. We will always have the memories." 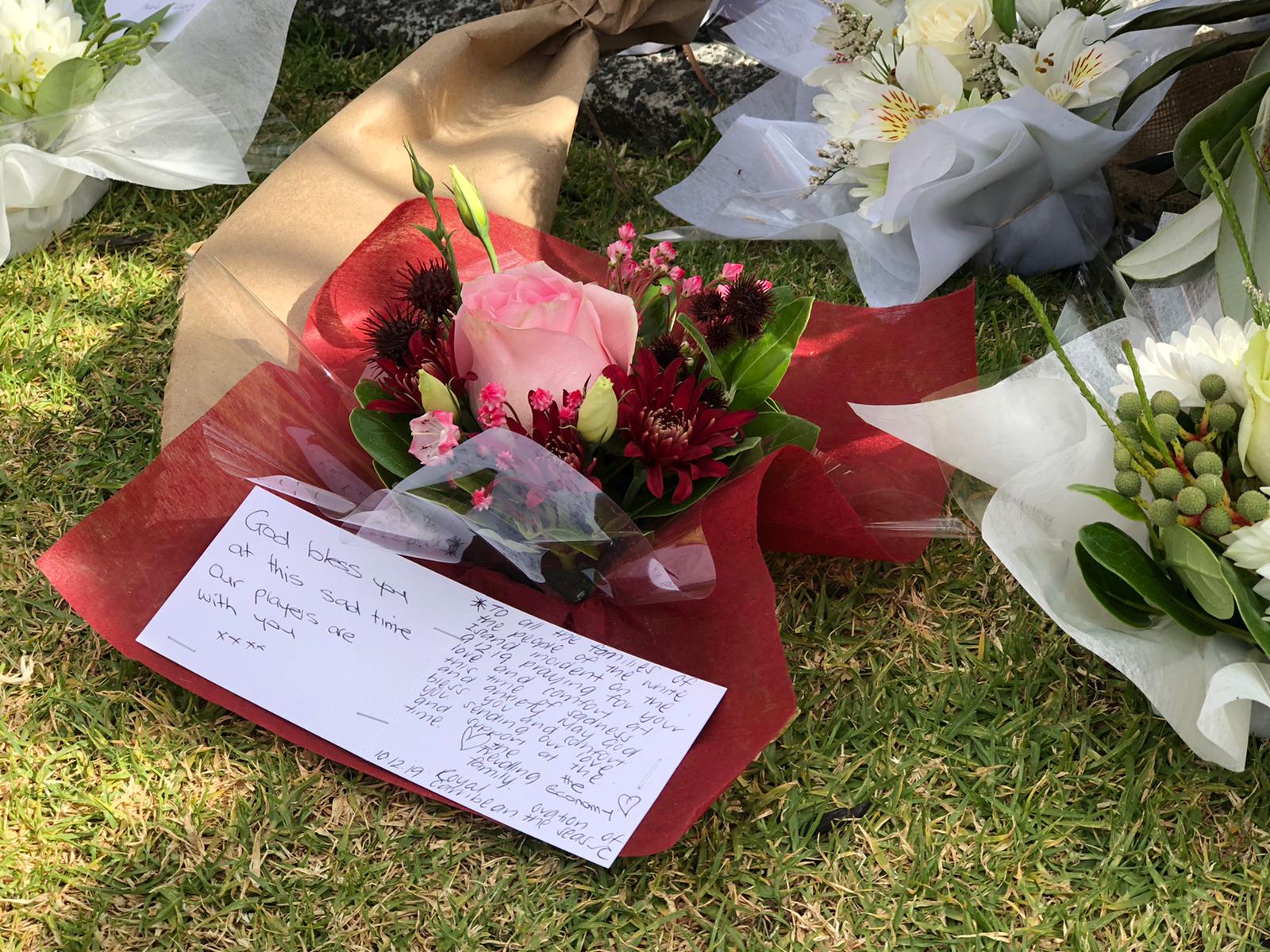 Other cards are from well-wishers and local residents, with condolences to those on the Royal Caribbean cruise liner Ovation of the Seas.

There were believed to be at least 30 passengers from the ship taking a tour of the island when the eruption took place. There has been no word on how many have returned or were injured.

A passenger told CNN that Royal Caribbean had offered counselling services to any passengers who needed it. 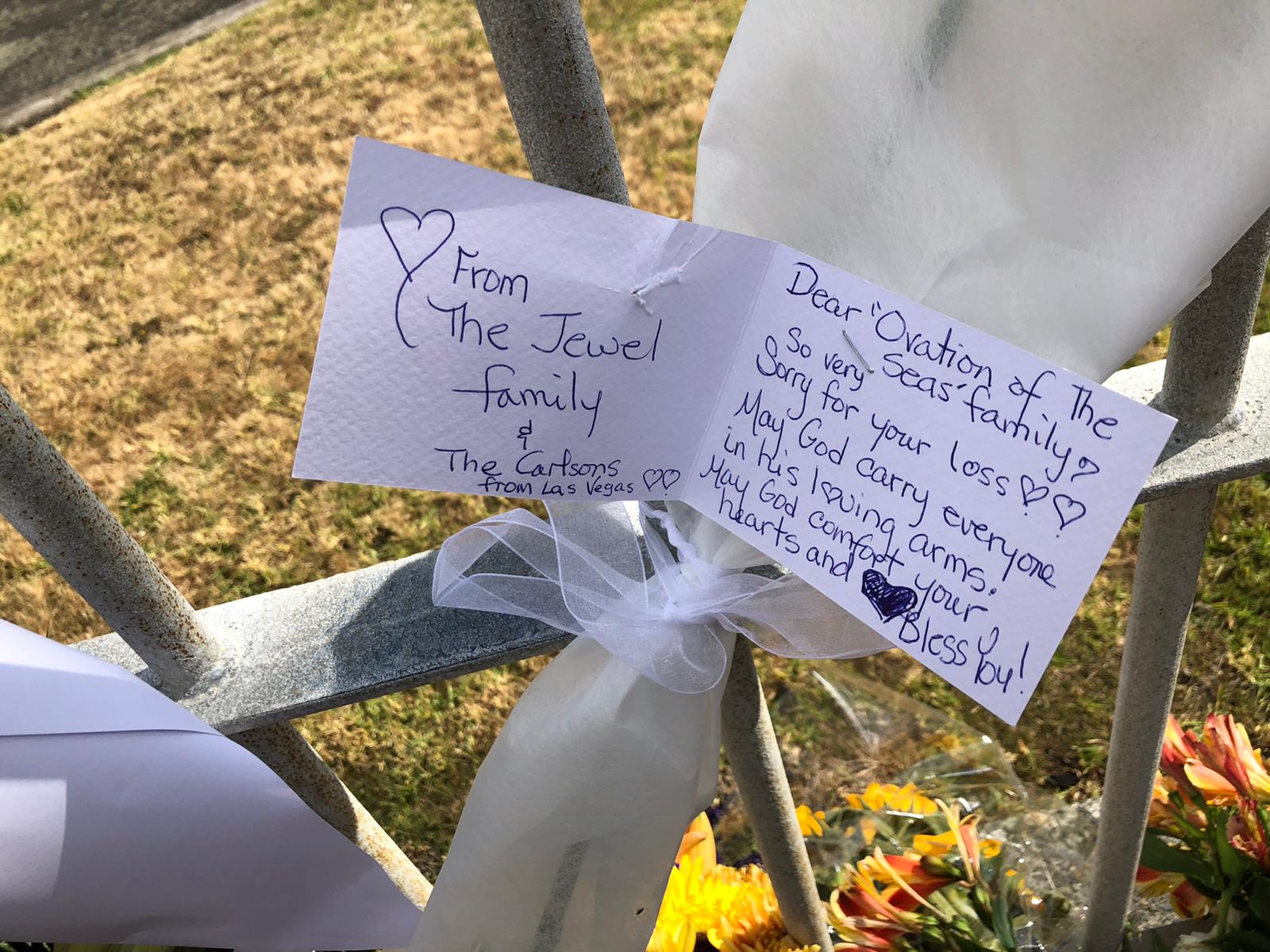 An Australian has been identified alive in a hospital on the New Zealand mainland.

Lisa Dallow, also known as Lisa Hosking, is in Hamilton Hospital with severe burns, according to Rotary Adelaide, where she is a prominent member.

“Where there is life, there is hope,” Rotary Adelaide wrote on Facebook. “We have just heard that Lisa has been located in Hamilton Hospital with severe burns. No other news yet. Keep our thoughts and prayers going.”

The sun is setting in Whakatane as authorities continue their search and recovery operation in the aftermath of Monday's volcanic eruption on nearby White Island.

What's happening on the ground:

Police have confirmed that 47 people were on White Island when it erupted. Here's the breakdown:

There is still limited information about the dead, injured and missing -- although details are starting to emerge. A volcano tour guide has been confirmed dead, and an Australian teenager and his family are among those still missing.

Hayden Marshall-Inman, a guide with New Zealand’s White Island tours, was killed in Monday’s volcanic explosion on the island according to Radio New Zealand.

On Tuesday Hayden Marshall-Inman’s brother, Mark Inman, paid tribute to him on Facebook, writing: “Friends and family, very sad news this evening. My bro Hayden Marshall-Inman has past [sic] away doing the one thing he loved. Thanks for all your messages. I’ll be in touch when we know more.”

Whakatane District Mayor Judy Turner told media on Tuesday evening that New Zealand’s White Island Tours had a “very good reputation,” and the adventure tourism company “is known for its care for clients and their safety.”

Turner said she had been out with the company in the past and “was very impressed by the briefings we were given and the attention to health and safety protocols that were done at the time.”

Five people are confirmed dead and eight remain missing after Monday's eruption -- though police believe there are no survivors and there has been no sign of life on the island.

Turner thanked emergency responders and those “who took it upon themselves to go onto the island and help evacuate people -- they were incredibly brave.” Although recovery efforts have been stalled by safety concerns over more volcanic activity, the mayor said teams were eager to begin their work.

White Island was on a Level 2 alert when it erupted. Asked if she felt tours should have continued, the mayor said it was not a "necessarily high reading" and tours had operated under those conditions with "no event" on numerous occasions.

The owners of Whakaari/White Island have expressed their condolences to those affected by Monday's eruption.

“We are all shocked by what has occurred on Whakaari yesterday and our thoughts are with everyone affected by this tragedy,” Peter Buttle, a spokesman for the Whakaari Trust, said in a statement.
“We wish to thank everyone involved in the rescue effort, including the first responders, medical personnel and the locals who helped evacuate people from the island. Their efforts have been both courageous and extraordinary.”

The island was bought by the Buttle family in 1936 after mining operations there ended in bankruptcy, according to the statement. Over the past 30 years, it has become a major tourist attraction in the Bay of Plenty. 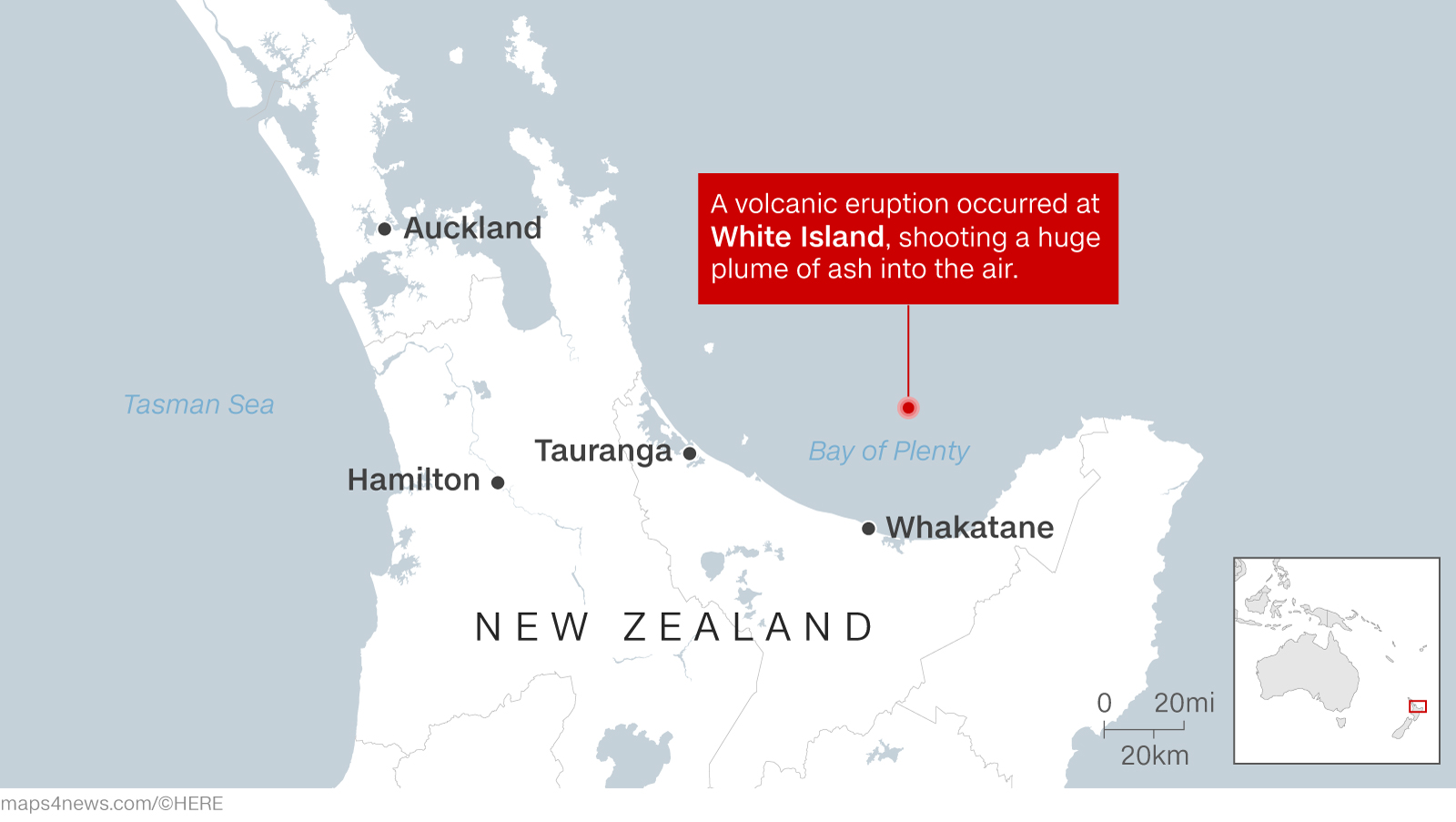 “That we now have had a tragic event with devastating consequences leaves us absolutely heartbroken," Buttle said. "Our thoughts are with the families of those affected, as well as the wider Whakatane community.”