A tenth boy has emerged from deep within a cave complex in northern Thailand, a member of the rescue operations stationed at the entrance of the cave told CNN.

One more boy was brought out of the cave complex in northern Thailand on Tuesday, the third day of rescue operations.

The boy is being treated at the medical facility on site, according to a Thai navy official with direct knowledge of the operational details.

Nine of the 12 boys have now been rescued. Three boys and their coach remain in the cave.

The Thai boys, aged between 11 and 16 years old, and their coach, were invited to the World Cup final by FIFA last Friday. But they will “probably still be in insolation," Permanent Secretary of Ministry of Public Health, Dr. Jessada Chokedamrongsook said in a press conference Sunday. He said they would likely be able to watch on television.

Hundreds of volunteers have been working around the clock — many from all across Thailand — cooking and serving up free food for the rescue workers and assorted media stationed at the command center near the Tham Luang cave complex. It’s an extensive operation with several large outdoor kitchens and supply stations offering sanitary goods, like wet-wipes and soaps. 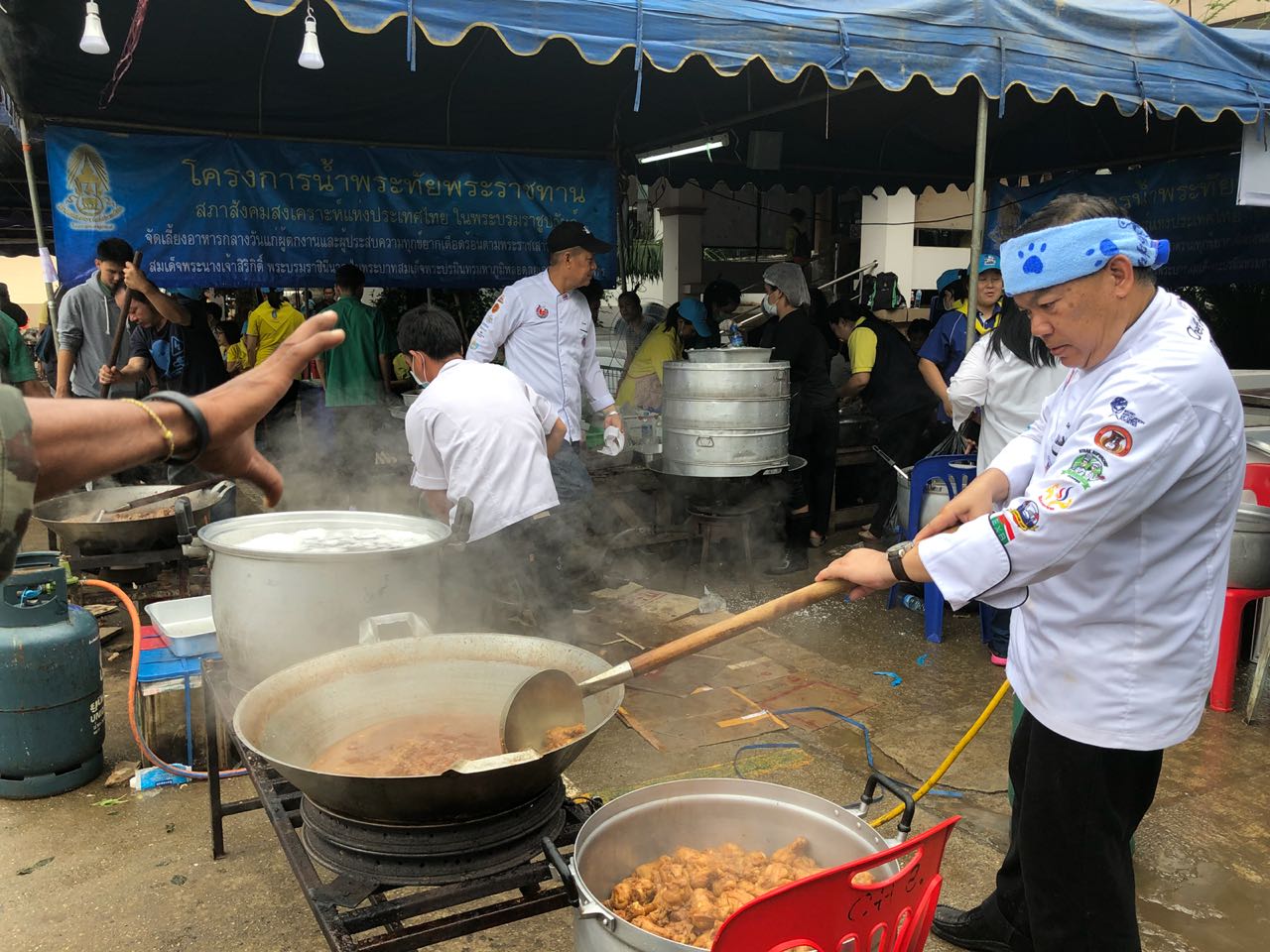 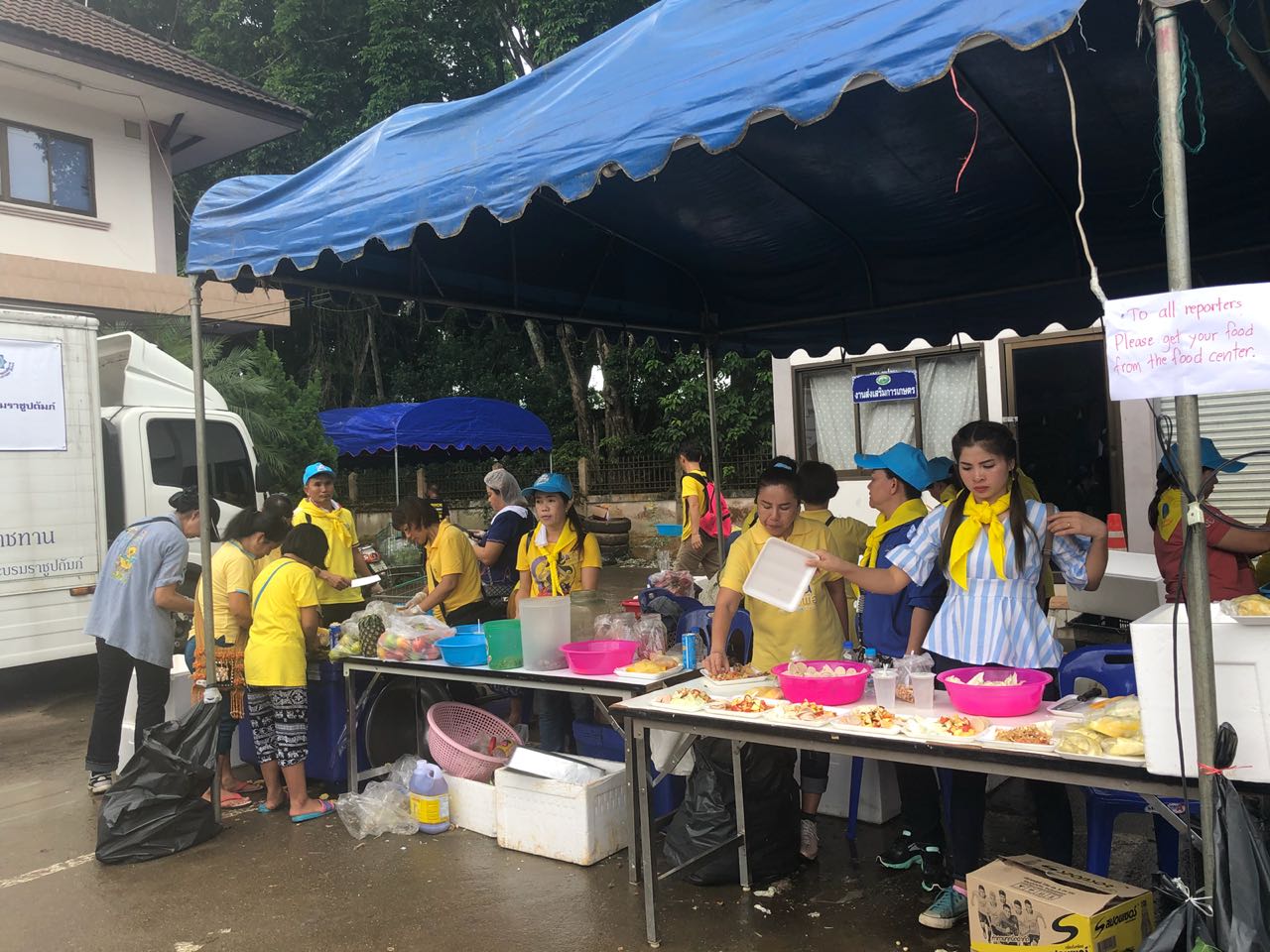 Narongsuk Keasub, one of the divers helping transport air tanks for the SEAL team, spoke with CNN's Arwa Damon about the inherent dangers of the rescue mission. He called it "the hardest mission" he's ever done.

"We could only see our hands (and a) short distance, secondly the stones are razor sharp which is dangerous for our diving, thirdly the passage is very narrow," said Keasub, who works as a diver for the Electricity Generating Authority of Thailand.

Every step of the extraction is risky. I’m quite emotional as a father -- everybody has this feeling because we feel like it’s our children who are inside the cave. Everyone is still worried. Will they get out? Will they be sick? We are just praying for them to have a safe return.

The four remaining boys trapped inside the cave and their soccer coach should all be evacuated Tuesday, mission commander Narongsak Osotthanakorn told reporters.

Rescue operations resumed at 10:08 a.m., with a main diving team of 19 people heading in to retrieve the four kids and the coach, along with the doctor and three Thai Navy SEALs who have been with the group since shortly after they were found.

“I hope all 4 kids, and the coach, and the doctor and 3 SEALs will be all out today," Osotthanakorn said.

The rain has started to pour in Mae Sai, Thailand, which could complicate efforts to rescue the four boys and their soccer coach still trapped in the Tham Luang Nang Non cave.

Former Chiang Rai governor and rescue mission commander Narongsak Osotthanakorn has characterized the operation as a race against "water and time."

Previously rescue efforts have been aided by unseasonably dry conditions, but with the return of the monsoon rains, efforts will take on a new urgency.

Experts close to the operation have expressed concerns that a rise in water levels could increase the risk for divers and extend the time required to bring the boys out from the cave. Currently, a significant part of the journey out of the cave is walkable.

The eight Thai boys who have been rescued from the Tham Luang Nang Non cave complex are healthy, fever-fee, mentally feet and talking normally, medical officials in Chiang Rai said at a news conference Tuesday.

Dr. Jedsada Chokedamrongsook, the permanent secretary of the Thai Health Ministry, said he expects the boys will spend about seven days in hospital because of their weakened immune systems.

Right now, they are all in quarantine as authorities work to determine whether or not any of them contracted infections while in the dark, damp cave.

Authorities will likely look for signs of Histoplasmosis, also known as "cave disease," an infection caused by breathing in spores of a fungus often found in bird and bat droppings, according to the Mayo Clinic.

Two of the boys had lung infections, according to Thai health authorities.

Families of the first four boys rescued had been able to visit them through a glass window, Chokedamrongsook said.

Divers and rescue workers in Thailand have begun what could be the final push to free four boys and their soccer coach still trapped in a cave in the country's remote north, according to a Thai Navy official with knowledge of the operational details.

Eight of the boys were taken out of the cave during the first two days of rescue operations, but five others remain trapped on a ledge 4 kilometers (2.5 miles) inside the cave system.