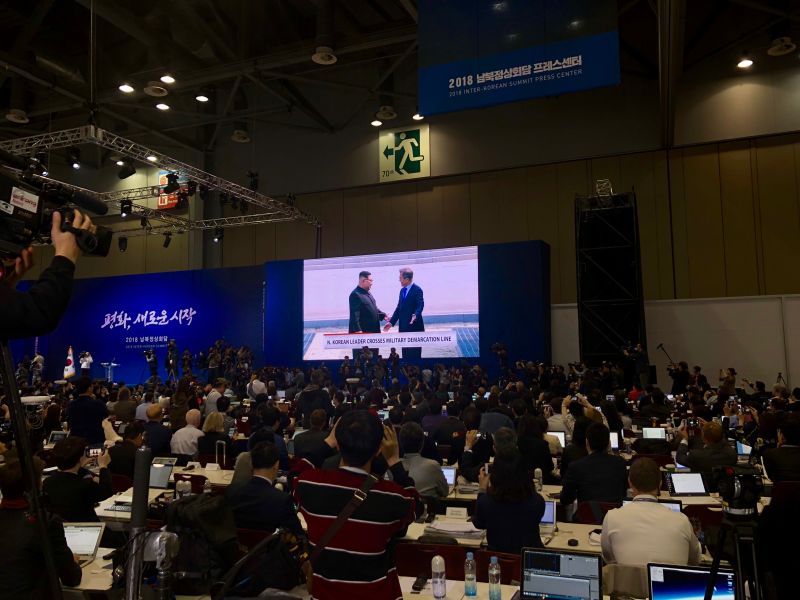 Around 2,000 journalists are gathered at a media center in Ilsan, South Korea to cover the summit.

The room was tense as the journalists massed inside the Kintex Conference Center waited for their first sight of Kim Jong Un.

An audible gasp ran through the room as Kim walked down the steps towards the military demarcation line, followed by a loud cheers and applause from South Koreans in the room as the historic handshake took place and Kim stepped onto the south side. 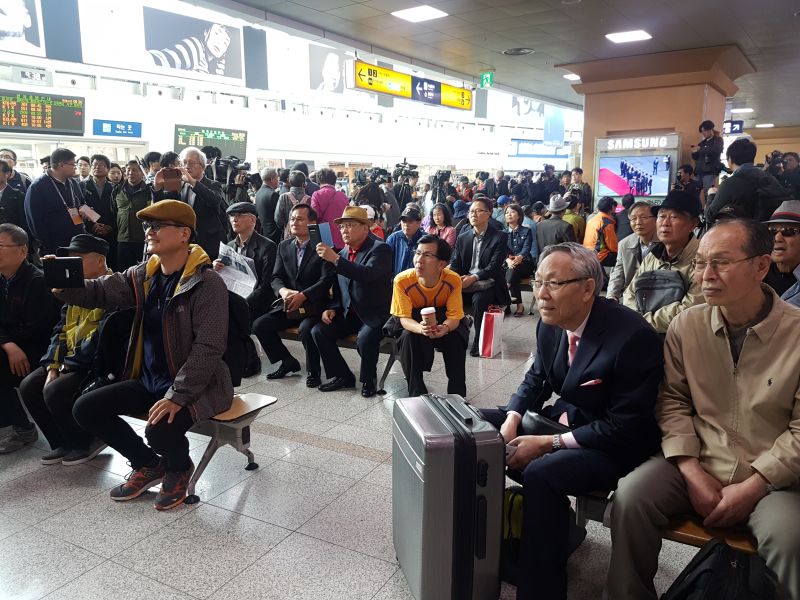 A crowd of people gathered at Seoul station to take in the summit, many taking photos of the moment Kim Jong Un and Moon Jae-in shook hands. when Kim crossed the military demarcation line, people applauded and wowed.

Ji Kwang-jin, seen in the yellow shirt in the above photo, told CNN he was happy to see such a positive reaction.

"I came here to just watch the moment along with the other people since it's a historical moment I wanted to be with the public the moment I watch it," he said.

Kim Jong Un and Moon Jae-in each delivered opening remarks with the press present in the meeting room.

This is some of what they said, according to the official translation provided by the South Korean government.

The expectations are high and we have learned a lesson from previous times and even if we have good agreements and implementations don’t follow they will disappoint people who had high expectations. I hope the 11 years have lost in the past until this time don’t go to waste, and we can meet more often and put our minds together and the 11 years will not be wasted. I hope to write a new chapter between us. I believe that we are able to make a new beginning, and it is with such commitment I come to this meeting.

Spring (is) spreading in South Korea. I believe our encounter is extremely important for all of us. That of course means there is a huge burden on our shoulders. Comrade Kim, for the first time in our history you crossed the military demarcation line. It is no longer a symbol of division but a symbol of peace. I would like to pay tribute to the courageous and bold decision made by you, Chairman Kim.

The room underwent a dramatic makeover and was redecorated with symbolic tidbits throughout.

The normal rectangular table has been replaced by an oval one. Moon's office hopes the shape will encourage the summit's participants to talk candidly.

Other design features focus on the shared history between the two countries, including incorporating elements of a Hanok, a traditional Korean house. 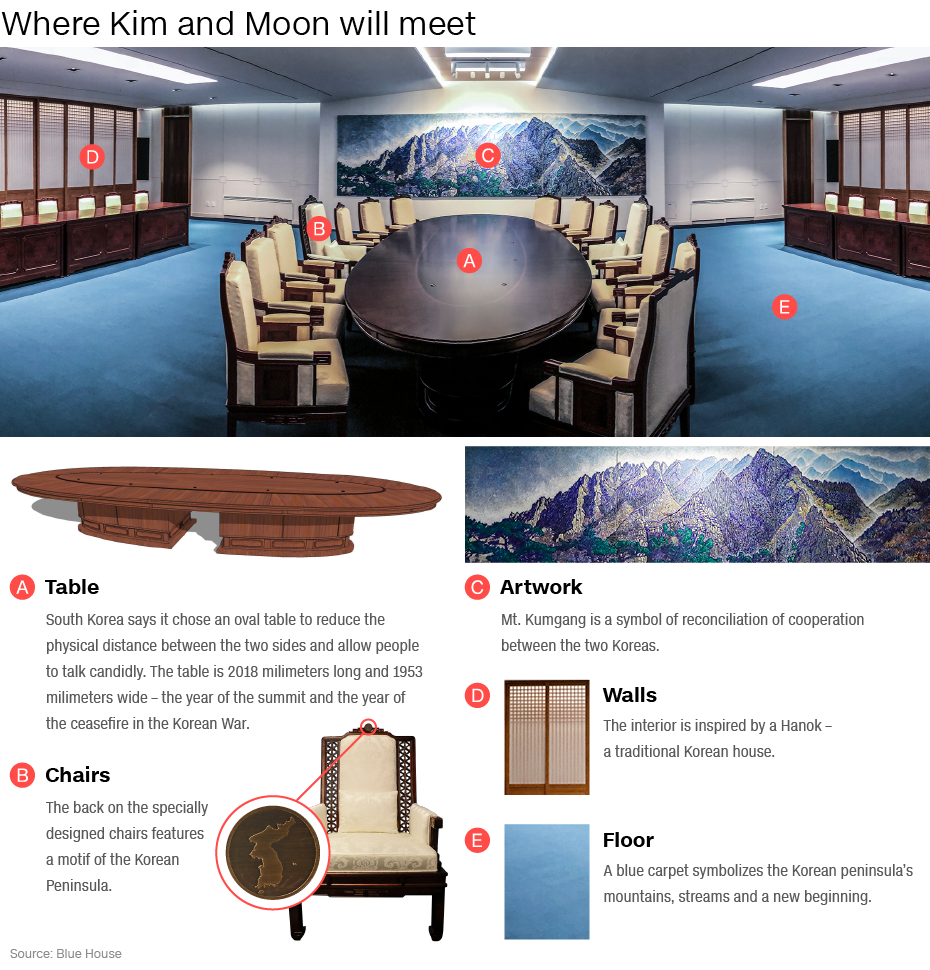 After entering the Peace House for the inter-Korean summit, Kim Jong Un wrote in the guest book "a new history begins now" and "an age of peace, at the starting point of history."

The White House has issued a statement on the Moon-Kim meeting:

“On the occasion of Republic of Korea President Moon Jae-in’s historic meeting with North Korean leader Kim Jong Un, we wish the Korean people well. We are hopeful that talks will achieve progress toward a future of peace and prosperity for the entire Korean Peninsula. The United States appreciates the close coordination with our ally, the Republic of Korea, and looks forward to continuing robust discussions in preparation for the planned meeting between President Donald J. Trump and Kim Jong Un in the coming weeks."

The pomp and circumstances of the initial encounter has concluded. Kim, Moon and their delegations are now retreating to the meeting room for a quick chat before serious talks get underway.

The talks are taking place at the Peace House, located in what's known as either the Truce Village, the Joint Security Area (JSA) or Panmunjom. The Peace House is in the only part of the DMZ where troops from the two Koreas stand off face-to-face. 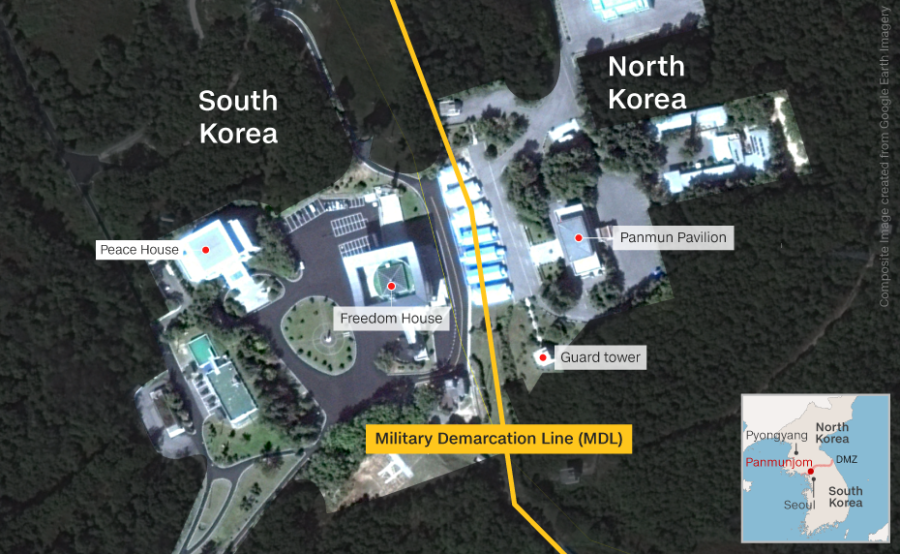 Kim Jong Un has entered the Peace House on the southern side of the demilitarized zone, where the summit meetings will take place, and signed the guestbook. 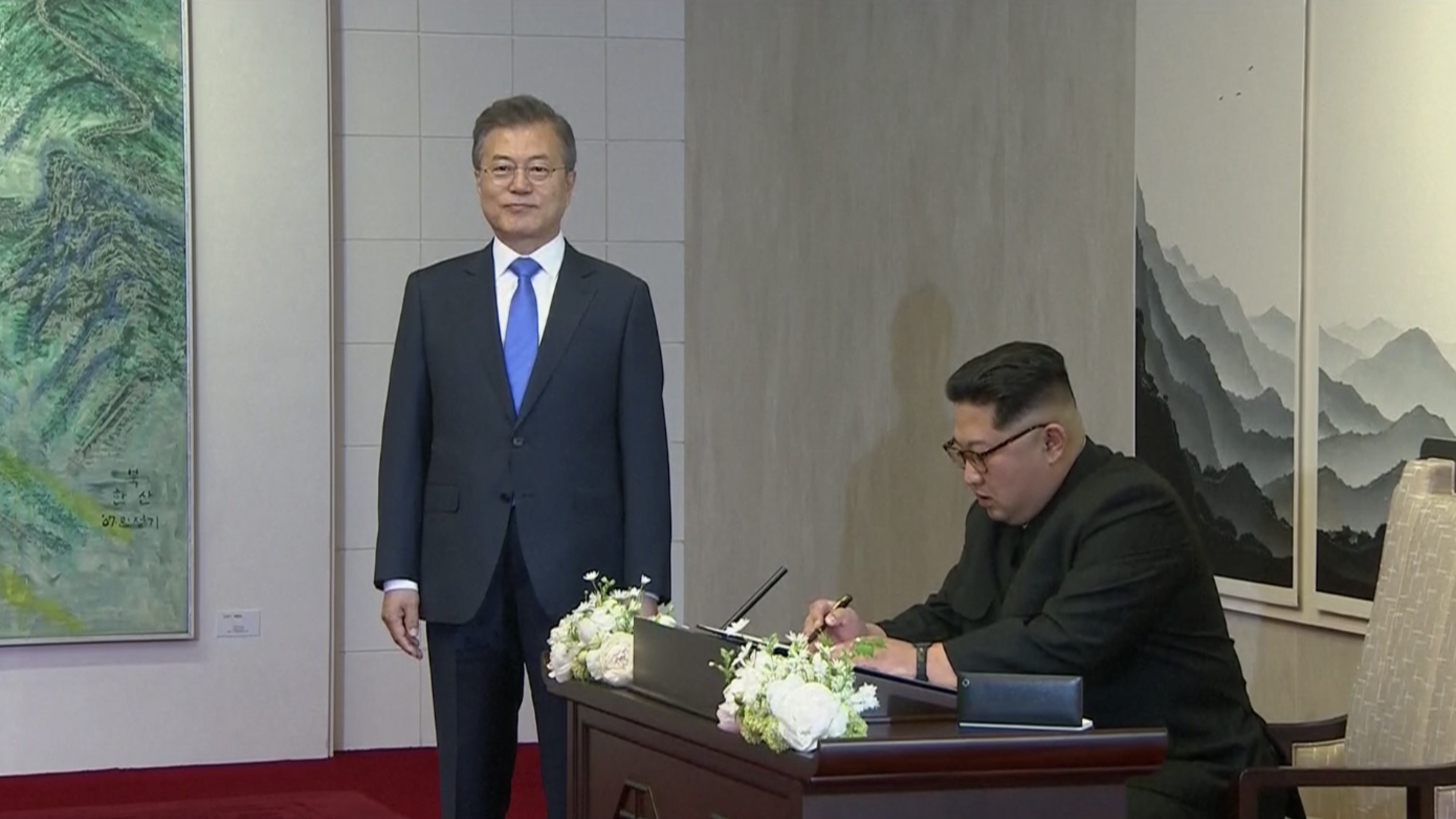 After crossing into the southern side, Kim and Moon were photographed with two children from Daeseong-dong, the South Korean village inside the DMZ. They smiled and posed with the leaders at the start of the welcoming ceremony. 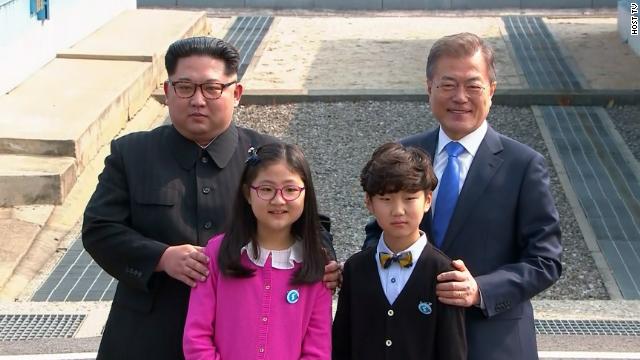 Kim Jong Un and Moon Jae-in first shook hands as each stood on either side of the military demarcation line that divides the two.

In a symbolic move, Moon then joined Kim on the northern side of the line before both leaders stepped over to the southern side, where Friday's summit will take place.

They then took in a performance of arirang, a traditional Korean folk song known in the North and the South.

Kim did not appear to look at the South Korean military guards, instead staring straight ahead. 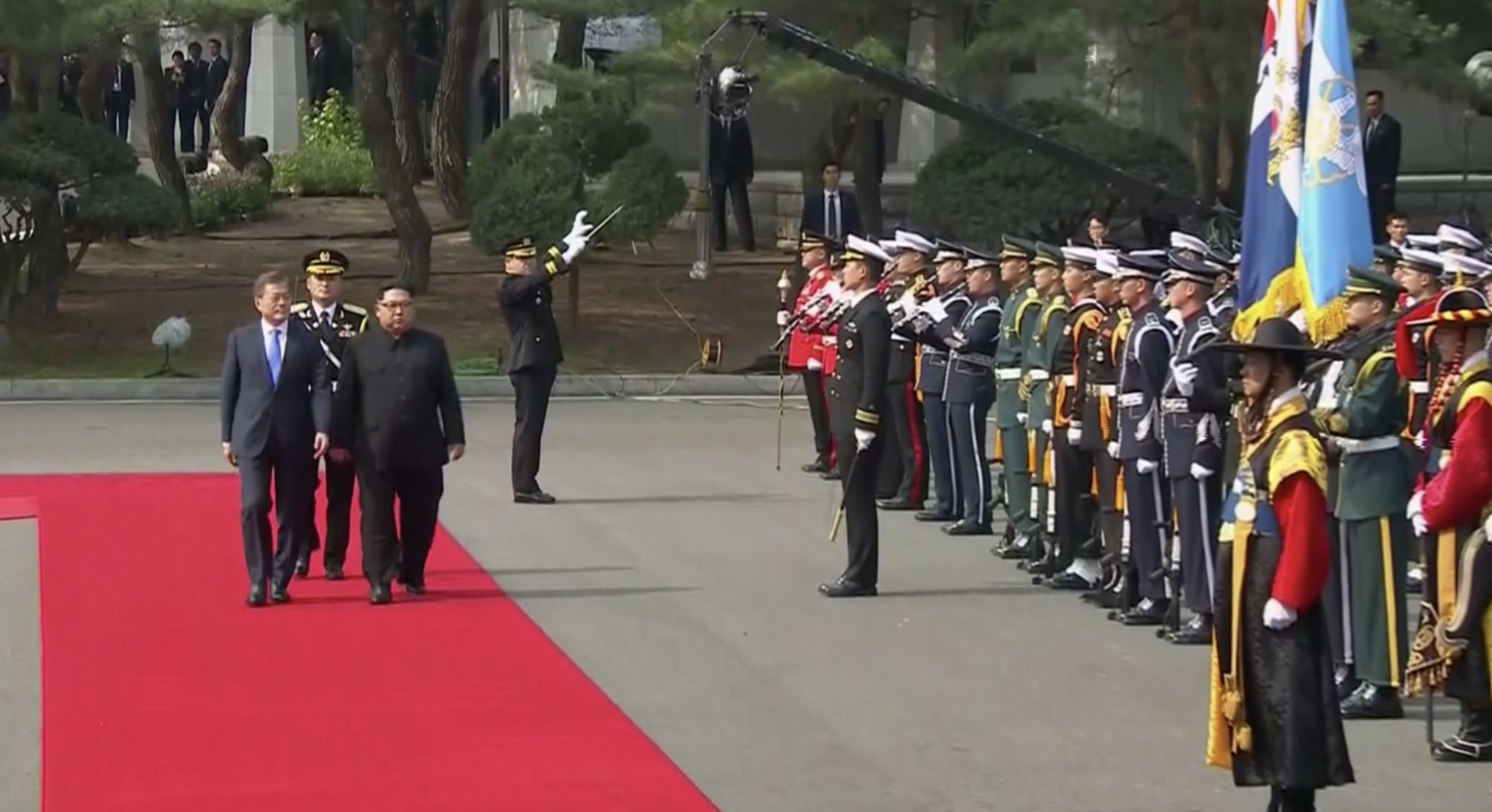