With seven districts across Hong Kong going on strike, the city's airport authority warned yesterday that "capacity will be reduced" -- and now, the airport is packed with people, and nearly half the flights coming in or out of the city have been canceled or delayed.

Here's just a few of the Cathay Pacific flights that have been canceled: 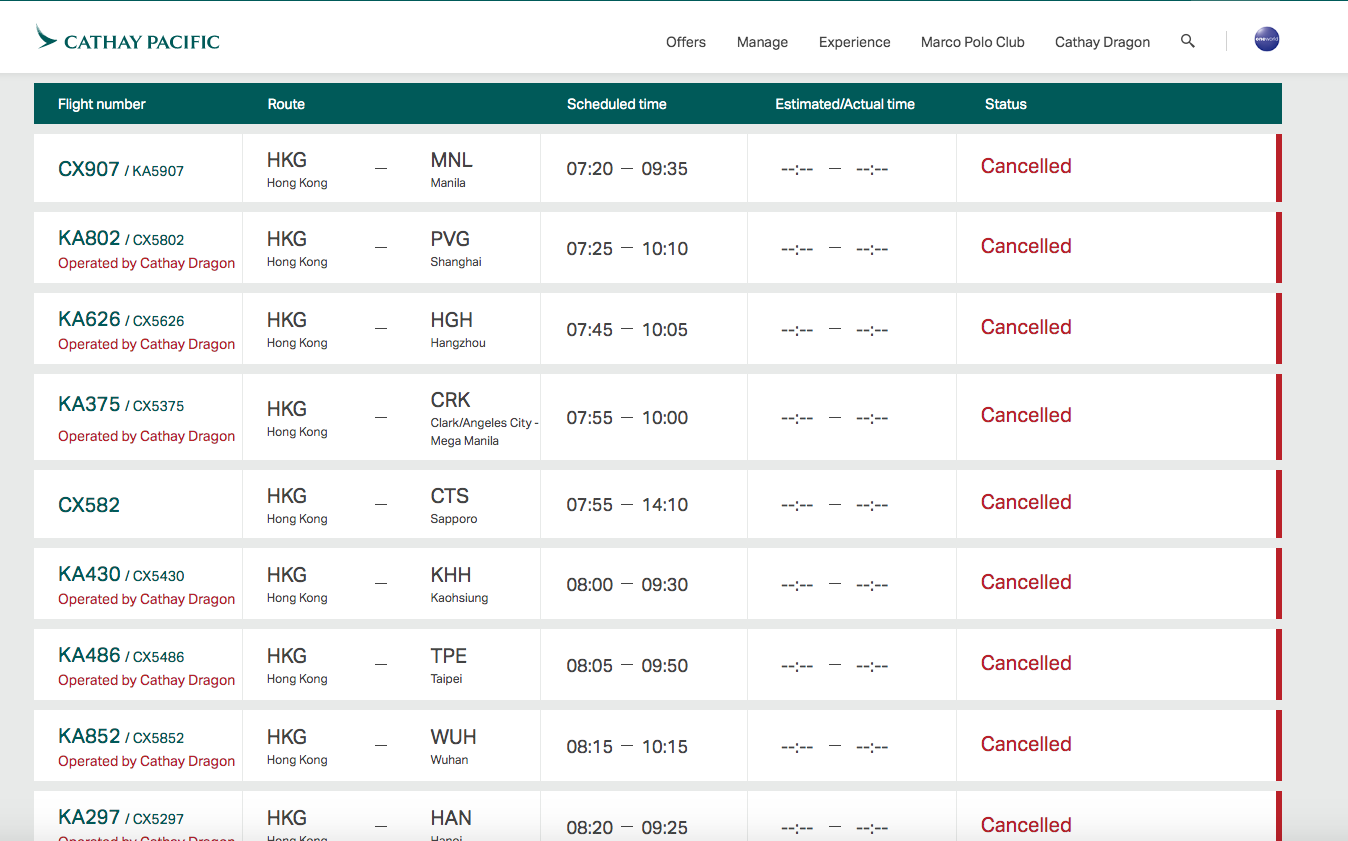 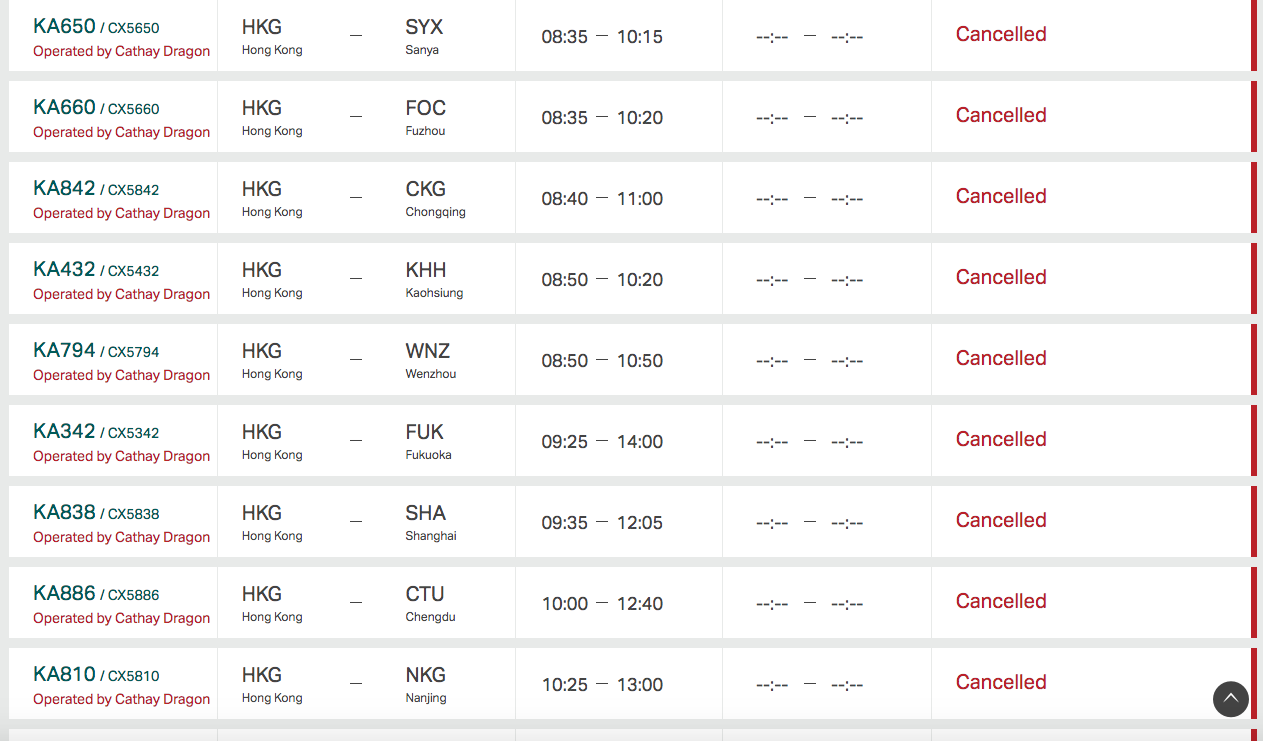 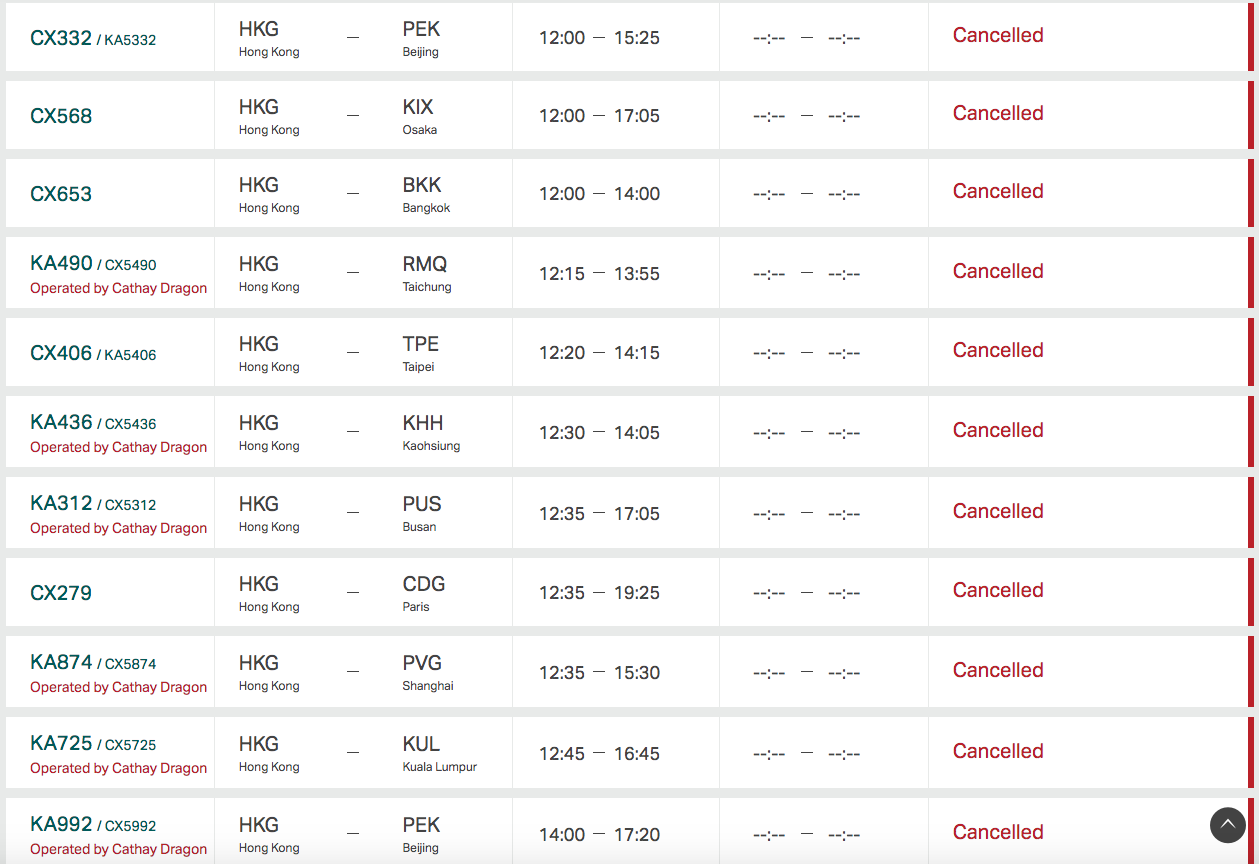 If you're in Hong Kong right now -- don't try to go anywhere.

Subway stations are packed, trains aren't leaving, the roads are backed up with traffic, and the crucial Cross-Harbour Tunnel may be blocked.

This is part of today's wide-ranging direct action protests, which aim to disrupt major transit routes across the city..

At the Lai King station, a train has now been stuck at the station for over 45 minutes. The protesters refuse to let the train forward -- meanwhile, the station intercom repeatedly plays the familiar recorded message: “Please stand back from the closing doors."

Police are at various stations, trying to control the transit disruptions. Several have pulled aside protesters to check their identification and question them. 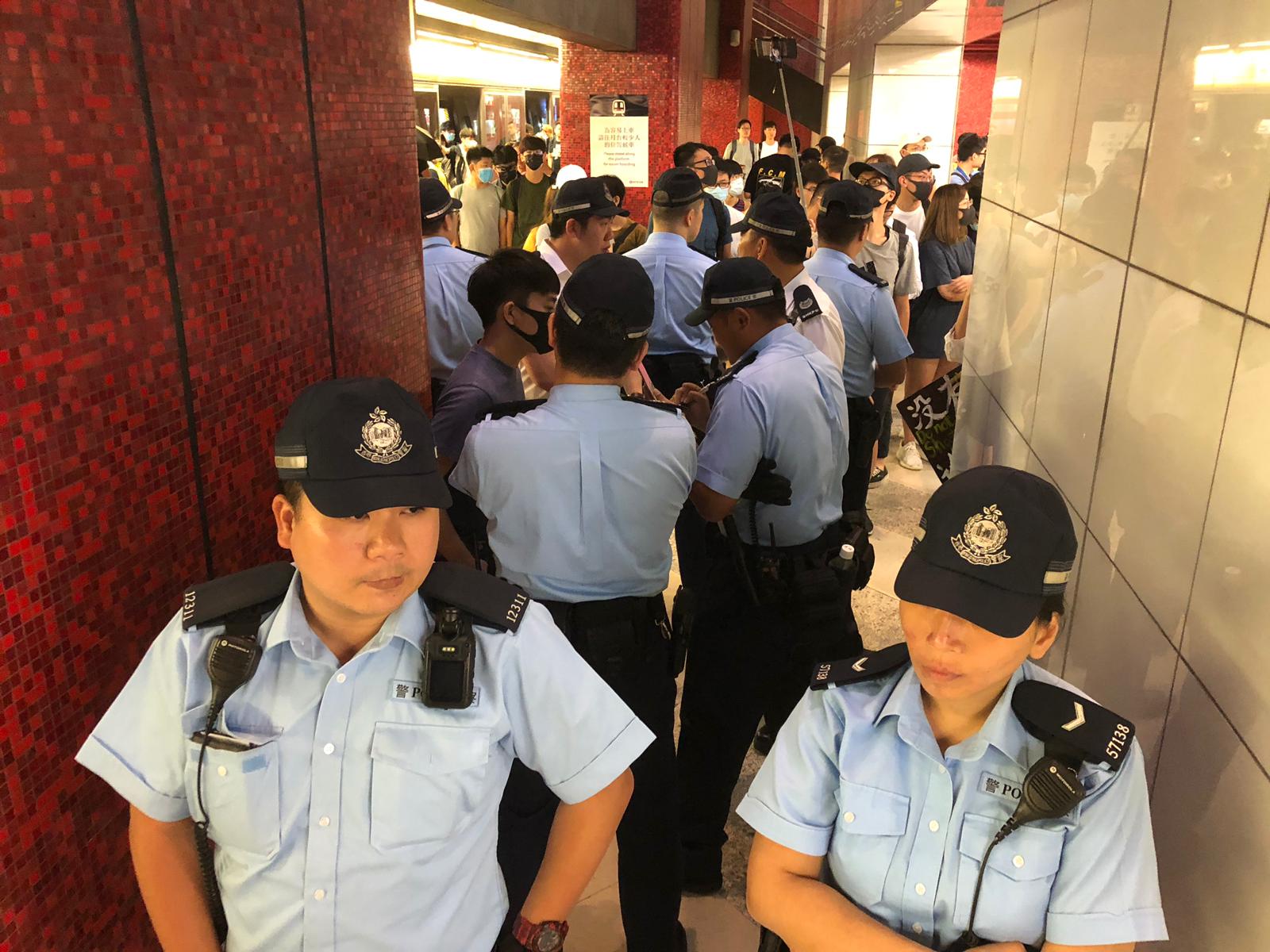 It's not just the trains -- traffic is getting backed up everywhere. Nathan Road, a major artery in Kowloon, is backed up with buses this morning.

There are also reports of protesters trying to block the Cross-Harbour Tunnel, which connects Hong Kong Island with Kowloon -- the busiest and most crucial tunnel in Hong Kong.

Today will likely be a chaotic day as protesters try to block major city transit systems and gather in numerous areas across Hong Kong. This is the ninth consecutive week of protests -- and they don't seem to be stopping anytime soon.