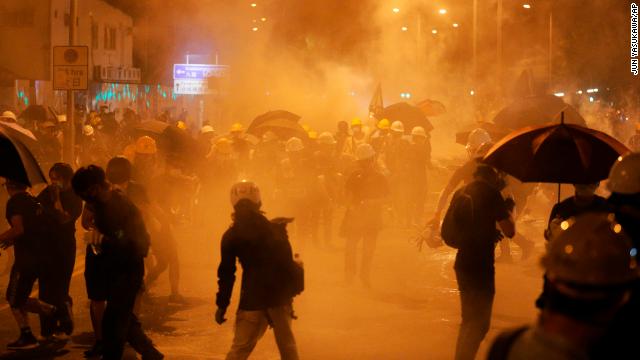 Our live coverage of the protests in Hong Kong has ended, but here's what we know: 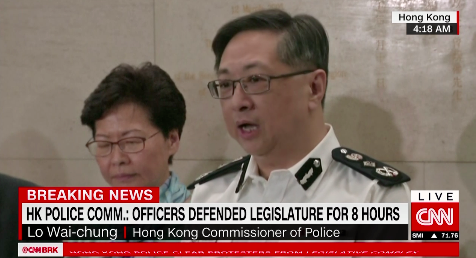 Asked why police left the legislative building before protesters broke in, Police Commissioner Stephen Lo Wai-chung cited several reasons including some of the lights getting turned off.

Thirteen police officers have been hospitalized after clashes with protesters in Hong Kong on Monday, the city's police commissioner said.

The commissioner told reporters a chemical powder was thrown at police, adding that the action “crosses a line.”

“Hong Kong is a safe society and none of this violence is acceptable,” he said, adding, “Police had no choice but to retreat.” 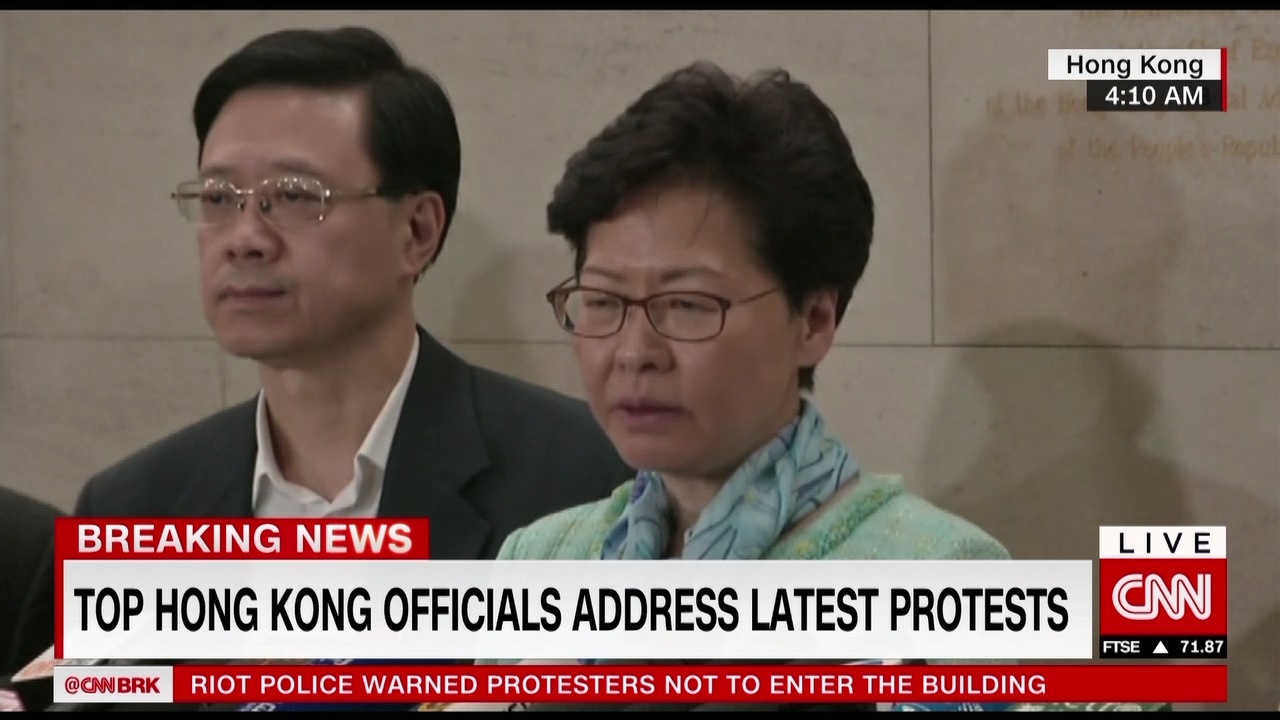 "I hope the community at large will agree with us that with these violent acts that we have seen, it is right for us to condemn it and hope society will return to normal as soon as possible," she told reporters.

Lam went on to describe the protests as "two completely different scenes: one was a peaceful and rational parade...the other one was a heartbreaking, shocking, and law-breaking scene."

She also said they will take necessary legal action.

Hong Kong's leader Carrie Lam will hold a media briefing at police headquarters at 4 p.m. ET after a night of protests and police intervention across the city.

Several hundred, mostly young, activists were inside the Legislative Council building for hours before leaving late on Monday night.

Inside, they spray-painted slogans in Cantonese on the walls of the legislative chamber, tore down portraits and raised a black banner, that read: "There is no way left," mounting an open challenge to China and Lam.

Claudia Mo, a pro-democracy legislator in Hong Kong, said protesters who stormed into the Legislative Council building are angry and frustrated with their government.

"They're not inside that legislature doing all that vandalizing for fun. They were angry," she told CNN's Hala Gorani.

While Mo did not condone the vandalism, she said she sympathized with protesters.

"All the pictures you are seeing are shocking and they are unexpected, but then I hope the world wouldn't just blame the young. You have to understand their temper, anger and frustration and resentment, hostility in particular against this legislature, which is just a rubber-stamping body. It's a rubber-stamping body because it's being dominated by Beijing minions and they outnumber the Democrats like myself included," she said.

Mo called on the city's embattled Chief Executive Carrie Lam to come out "sincerely and genuinely" to address residents "as soon as possible."

A group of protesters stormed the Hong Kong government headquarters on Monday.

They smashed glass doors, pried open metal shutters to enter the building and spray-painted slogans on the walls of the Legislative Council chamber. 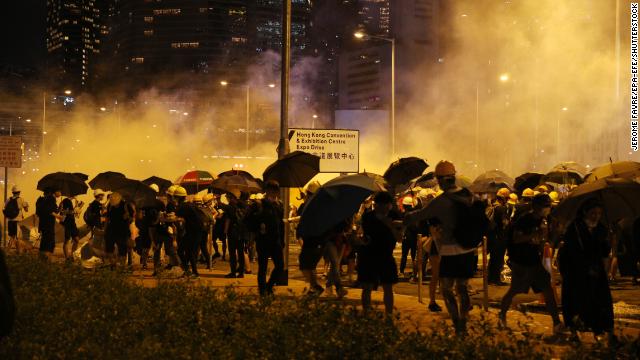 Thousands of demonstrators in Hong Kong stormed the government building in an escalation of tension over the past few weeks.

Here's what you need to know if you're just tuning in: