The Pennsylvania Senate voted 29-21 Wednesday local time to pass a bill that would require the governor to implement a plan for businesses physically operating in the state to reopen and allow their employees to go back to work.

According to the bill’s wording, the mitigation plan for business and industry “would need to be developed using recommended guidance for mitigating exposure to Covid-19 from the Centers for Disease Control and Prevention.”

“I understand the legislature’s concern about the economy and desire to stimulate the economy but now is not the time,” Levine said. “It’s the time for people to stay home.”

Pennsylvania has reported least 26,753 coronavirus cases, including 779 deaths, according to Johns Hopkins University.

Two additional members of the New York Police Department have died related to the coronavirus, the Police Commissioner of the City of New York, Dermot Shea tweeted Wednesday night.

“With profound sadness, I inform you of the loss of two additional members of our NYPD family,” Shea tweeted.

"Detective Robert Cardona & Traffic Enforcement Agent Carol Ryer lost their battles with #COVID19 today. The hearts of all members of the NYPD are heavy as we vow to #NeverForget.”

Los Angeles Mayor Eric Garcetti outlined five principles the city will use for reopening in a news conference on Wednesday.

He said this is consistent with what California Gov. Gavin Newsom announced on Tuesday.

Getting back to normal will take time but the more we do now, the sooner it will come, Garcetti said.

The five pillars Mayor Garcetti talked about in his plans to reopen the city are as follows:

He added that the city needed clear guidelines in place to prepare for a second or even third wave of cases.

The state of California has reported at least 26,837 coronavirus cases, including 865 deaths, according to figures compiled by Johns Hopkins University.

Now, more than three weeks later, the governor’s office says none of the promised ventilators have been received by hospitals.

At a March 23 news conference, Newsom said the devices, which can provide life-saving support to patients infected with the virus, had already arrived in Los Angeles and were on their way to hospitals in need.

"I told you a few days ago that he was likely to have 1,000 ventilators this week," Newsom said. "They've arrived in Los Angeles, and Elon Musk is already working with hospital association and others to get those ventilators out. It’s a heroic effort."

Shortly after the dramatic announcement, Musk said in a tweet: “China had an oversupply, so we bought 1255 FDA-approved ResMed, Philips & Medtronic ventilators on Friday night & airshipped them to LA. If you want a free ventilator installed, please let us know!”

But despite the claims, none of the ventilators promised by Musk have been delivered to hospitals.

“Elon Musk and his team told the state that he had procured ventilators and wanted to distribute them directly to hospitals with shortages,” a spokesperson for the California governor’s Office of Emergency Services told CNN on Wednesday. “The Administration is communicating every day with hospitals across the state about their ventilator supply and to date we have not heard of any hospital system that has received a ventilator directly from Tesla or Musk.”

Spokespersons for Tesla did not return CNN requests for comment. The news was first reported by the Sacramento Bee.

Some background: Major US companies like Ford and Apple have also announced plans to produce ventilators and donate face masks for health care workers treating patients infected with the virus.

Last week, Newsom reassured residents that California now has enough ventilators to meet its projected needs, after some questioned his decision to lend 500 machines to other states in crisis.

UPDATE: After this post was initially published, Elon Musk responded on Twitter. CNN has more reporting on this story here. 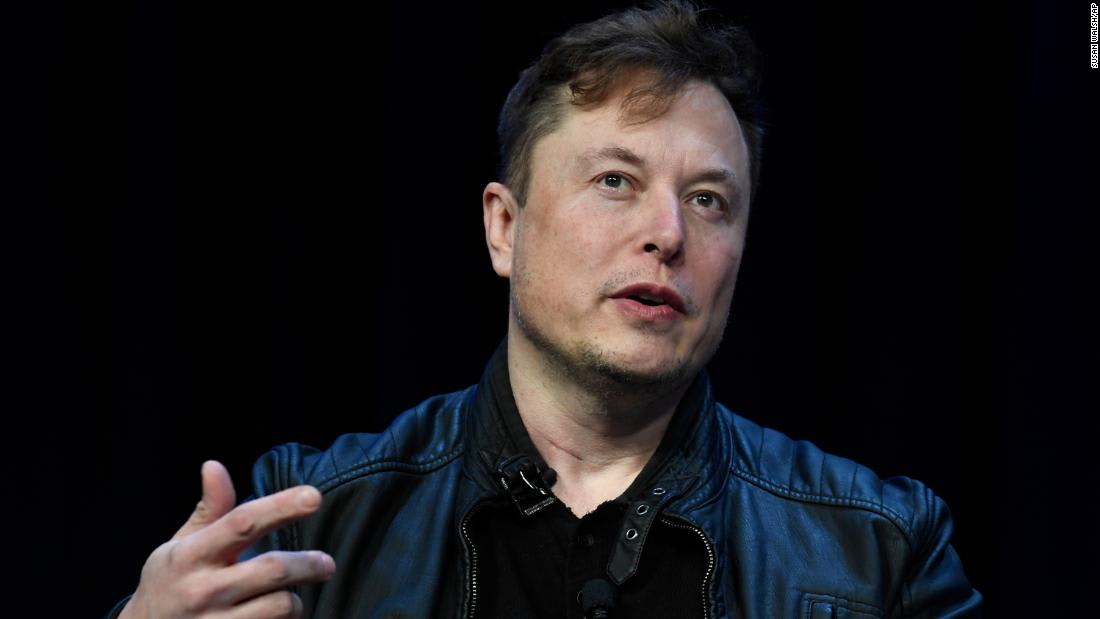 Elon Musk says he sent ventilators to California hospitals, they say they got something else instead

Days after declaring that his authority over the states is total, President Trump threatened Wednesday to apply a never used provision of the US Constitution to allow him to adjourn the US Congress and push through many of his nominees who typically require Senate confirmation.

“As the entire US government works to combat the global pandemic, it is absolutely essential that key positions at relevant federal agencies are fully staffed, and we’re not allowing that to take place through our Congress,” Trump said. “They’re just not giving it to us. We have many positions that are unstaffed because we can’t get approval.”

Trump said there were 129 nominees “stuck in the Senate because of partisan obstruction.”

Trump’s argument seemed to be that many of these vacancies needed to be filled to assist with the coronavirus response, including the Director of National Intelligence, two members of the Federal Reserve Board of Governors, an assistant secretary of the Treasury Department and an Undersecretary of Agriculture.

The President argued that since the Senate has left until May 4, “the Constitution provides a mechanism for the President to fill positions in such circumstances. The recess appointment, it’s called. The Senate’s practice of gaveling into so-called pro-forma sessions where no one is even there has prevented me from using the Constitutional authority we’re given,” Trump said, calling on the Senate to formally adjourn.

The decision to stay away from Washington until May 4 was made, and announced, by Senate Majority Leader Mitch McConnell, a Kentucky Republican and close Trump ally.

A McConnell spokesman said Trump and McConnell spoke about the issue today. “The Leader pledged to find ways to confirm nominees considered mission-critical to the Covid-19 pandemic, but under Senate rules that will take consent from Leader Schumer."

That last point is an important one. McConnell, who is careful with his words, appears to be saying any solution to the confirmation issue will require Democratic consent.

The Constitution allows a president to fill temporary appointments during a recess, without congressional approval. But lawmakers in both parties have sought to thwart certain appointments over the last decade by never technically shutting down the Senate.

When then-President Barack Obama attempted to make recess appointments during pro-forma sessions in 2014, the US Supreme Court ruled "that the Recess Appointment Clause does not give the President the constitutional authority to make the appointments here at issue." Justice Stephen Breyer said, "We hold that the Senate is in session, and not in recess, when the Senate says that it is in session.

However, tonight Trump said he may use powers granted to the executive branch in order to get Congress to return to Washington to fill vacancies and vote on relief aid.

“I have a very strong power. I’d rather not use that power but we have way over a 100 people that we very badly need in this administration that should have been approved a long time ago," he said.

The Constitution says the President "may, on extraordinary Occasions, convene both Houses, or either of them, and in Case of Disagreement between them, with Respect to the Time of Adjournment, he may adjourn them to such Time as he shall think proper." The Court did not rule on that clause, as it was never invoked by the Obama administration or any prior administration.

Given the authority has never been invoked before, it’s murky as to what would define “disagreement” in this case. Both chambers would technically need to adjourn to clear the way for recess appointments, and the Democratic-led House is exceedingly unlikely to hold a vote to adjourn.

That means McConnell would likely have to bring senators back to Washington to vote to adjourn in order to create the “disagreement” cited in the Constitution that would provide the grounds for Trump to act. The Senate has been out of Washington out of concern over the safety of senators due to the pandemic.

Trump, as he sought to explain his consideration of the action, took special note of Michael Pack, the President’s choice to lead the Broadcasting Board of Governors, whose organization doesn’t hold a clear role in the federal government’s coronavirus health or economic response.

Trump specifically cited his nomination to head the board of Voice of America as a particular grievance in not getting appointed, and continued to attack the news organization.

Trump did not explain how the nominee to be CEO of the US Agency for Global Media would enhance federal efforts to counter the pandemic.

But he reiterated his threat to adjourn both chambers of Congress several times.

“If they don’t approve it, we’re gonna go this route,” Trump said. “We are going to do something that will be something I prefer not doing.”

There are at least 636,350 cases of coronavirus in the US and at least 28,326 people have died, according to Johns Hopkins University's tally of cases in the United States.

US stock futures were down in after-hours trading on Wednesday after the Dow and S&P logged their worst trading day since April 1.

Bank of America and Citigroup saw weak bank earnings as they prepare for loan defaults incurred from the pandemic. Bank of America's first quarter profits dropped by 45%. The bank announced on Wednesday it has set aside $4.8 billion for credit losses linked to the virus.

Thursday's weekly jobless claims report is expected to post another 5.1 million people who have filed for unemployment benefits.

Washington Gov. Jay Inslee said rapid testing will be key to determining when emergency restrictions can be lifted.

Inslee said he will make that decision on his own timetable without waiting for authorization from President Trump.

“We actually have authorization,” Inslee said. “That comes from our Constitution and the US Constitution.”

He said he wasn't sure, unlike Los Angeles Mayor Eric Garcetti, whether he would say there won't be a public event this year in Washington.