The two patients were in contact with a Japanese national who tested positive after leaving Indonesia, Widodo was quoted as saying.

Thailand has confirmed one more case of the coronavirus, raising the nationwide total to 43, the country's Ministry of Public Health announced today.

The patient is a 22-year-old Thai woman, who worked closely with tourists. She was also in close contact with a former patient who worked as a driver for tourists.

So far, 31 of the country's 43 cases have recovered and been discharged for hospital. Eleven are still receiving treatment, and one has died.

Four more deaths linked to the novel coronavirus have been reported in South Korea, raising the country's death toll to 26, the South Korean Centers for Disease Control and Prevention said today.

The White House is warning that more Americans will die of the coronavirus as new cases spring up from coast to coast -- and still, top officials are scrambling to show they are on top of the situation.

Trump faces criticism: Democratic presidential candidates are ripping into President Donald Trump for politicizing the situation; Trump, his son and conservative media outlets had earlier claimed that criticism of the administration's efforts represented an orchestrated political campaign to bring him down.

Emergency funds: On Capitol Hill, negotiators moved closer to an emergency funding package perhaps worth as much as $7 billion -- far above the White House's request for a $2.5 billion one -- to battle the virus.

He was building on an apparent administration reset Saturday with a White House news conference involving the President and top medical officials.

Trump's earlier rambling, contentious and widely criticized first public appearance on the issue last week as well as inflammatory remarks on the virus and Democrats at a campaign rally Friday night threatened to overshadow its mitigation efforts. His previous comments that the number of US cases could soon disappear and that his administration had made "tremendous" efforts to thwart the virus arriving in the US now look premature.

Cases in the US: There are now 89 confirmed cases in the US, including 44 people evacuated from the Diamond Princess cruise ship and three repatriated from Wuhan, China.

There are an additional 19 travel-related cases in America, and 19 person-to-person transmissions. The origin of four other cases, in Illinois and Rhode Island is not yet established. 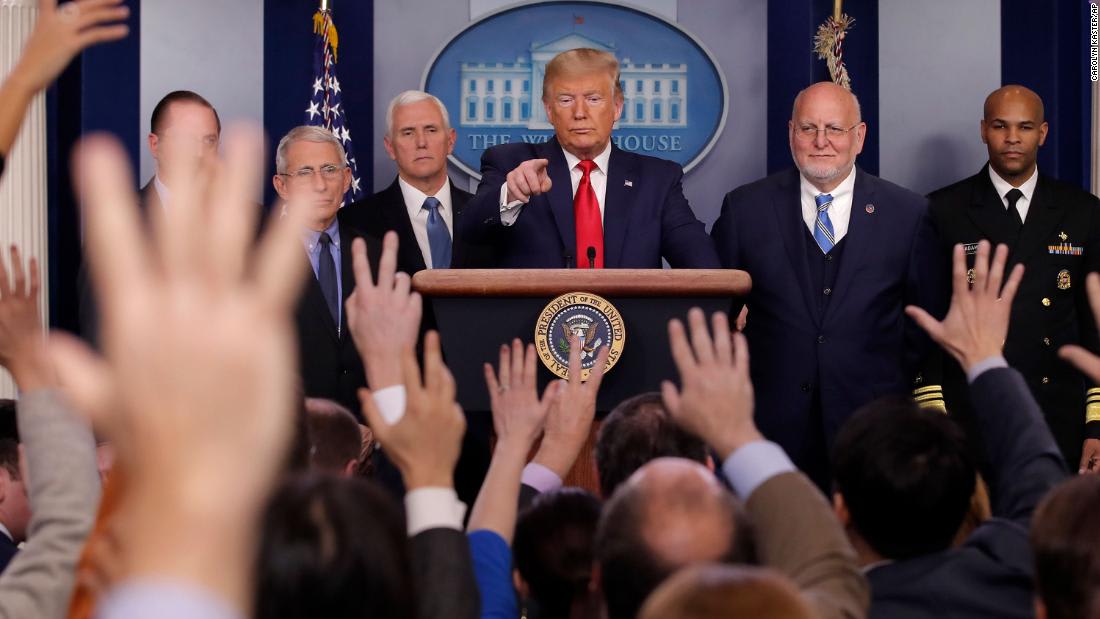 China's factories are reeling from the coronavirus outbreak.

Manufacturing activity in the country fell to record lows last month, according to a closely watched private survey. The media group Caixin said Monday that China's manufacturing purchasing managers index sank to 40.3 in February, down from January's 51.1 and the lowest reading since the survey began in 2004. It was also well below the 45.7 that analysts polled by Reuters expected.

The Caixin survey came days after the Chinese government reported that its official manufacturing PMI plunged in February to an all-time low of 35.7, down from January's reading of 50.

The official non-manufacturing PMI survey, which measures the services sector, skidded to 29.6 in February from 54.1 in January. Caixin's services survey will release later this week.

What this means: A reading above the 50-point level indicates growth compared to the previous month, while anything lower shows a contraction.

Shutdown impact hits: A government-imposed factory shutdown weighed heavily on the manufacturing sector's performance, according to Caixin, which also said that travel restrictions hurt the labor market and left firms struggling to fill roles last month. Production, new orders and staffing levels all fell at the quickest rates on record. 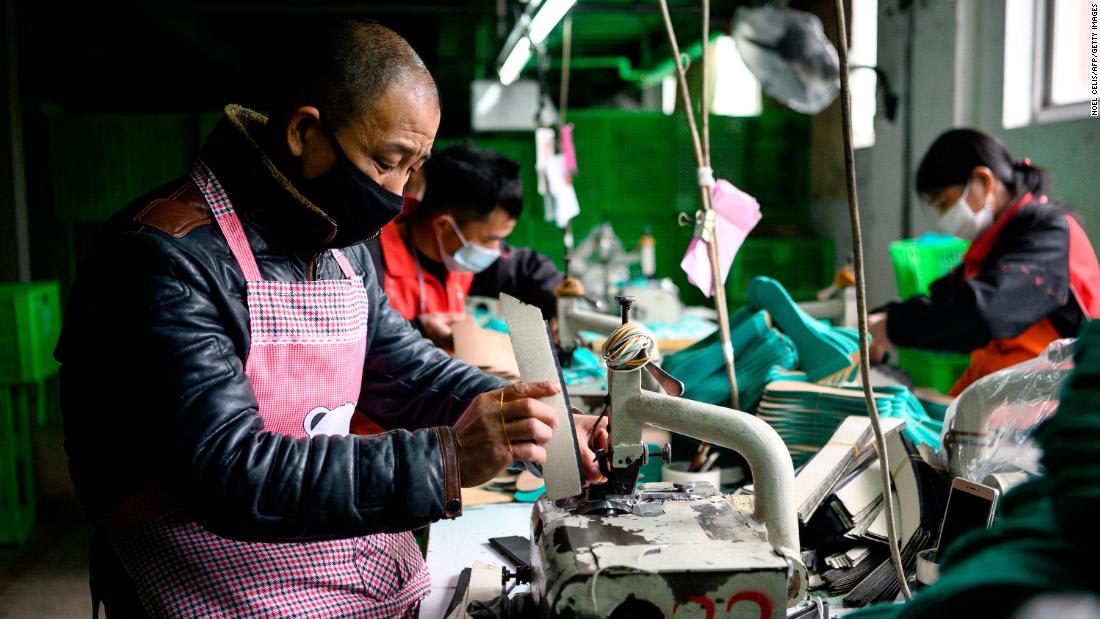 The word "rumor" has taken on a different meaning in China since the death of Li Wenliang, the doctor who was punished for trying to warn others about the spread of coronavirus.

Instead of doubtful hearsay, the word has come to connote the inconvenient truths that authorities are trying to hide -- just like Li's attempt to expose a dangerous outbreak that has to date claimed more than 3,000 lives worldwide, including his own.

"Rumor is just a prophecy far ahead of our times," says a quote widely shared online in China in recent weeks.

The idea speaks to the mounting anger among many Chinese people over the government's heavy-handed censorship, with unpleasant truths written off as "rumors" and truth tellers threatened or faced with punishment.

China has paid a grave price for silencing the truth. If the warnings of Li and other medical workers had not been muzzled, they could have raised more awareness among the public and better prepared them for the deadly outbreak, which has now sickened over 88,400 people and placed hundreds of millions under varying forms of lockdown.

But concealing the truth has caused another problem. Amid dwindling public trust, authorities are finding it increasingly difficult to combat potentially harmful disinformation. 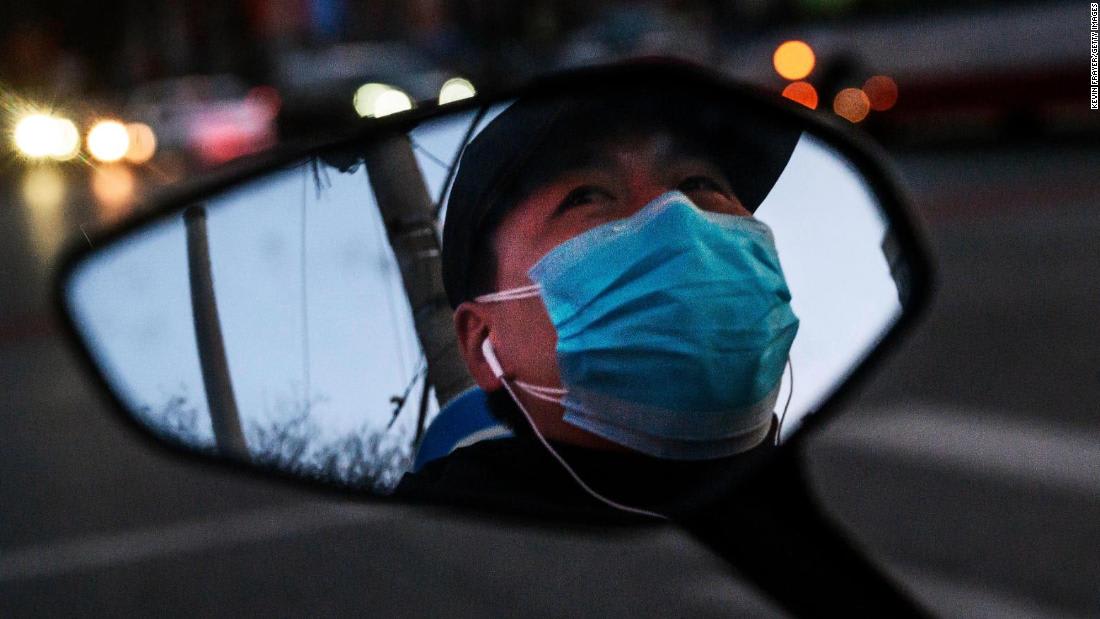 China is struggling with coronavirus disinformation

The Seoul city government has filed a legal complaint against the leaders of a religious group at the heart of the South Korean coronavirus outbreak, on charges including homicide, the city announced in a news release today.

About 60% of all cases nationwide have links to the Shincheonji religious group and its branch in the southern city of Daegu. Many have accused the group of withholding information, hampering official investigations, or discouraging preventative measures like wearing masks -- allegations the group and its leaders have denied.

The legal complaint specifically focused on the group's founder, Lee Man-hee, and 12 other leaders, on charges of homicide, resulting injuries, and violating the Infectious Disease and Control Act. The Seoul government filed the complaint to South Korea’s prosecutors’ office on Sunday evening local time, the release said.

The news release claims that the leaders are "refusing to be tested," and that they omitted members' names in a list of attendees submitted to health authorities, which equated submitting "false information and hampering the government's work."
"These acts justify homicide and resulting injury according to the criminal laws," said the release.

What Shincheonji has said: The group and its leaders have denied obstructing government investigations, insisting they have been transparent and cooperative.

The group said it had submitted a full list of attendees to the government, and that any delays or omissions were due to administrative difficulties as everyone was working from home to avoid possible infection.

South Korea has reported another 476 cases of the novel coronavirus, raising the national total to 4,212, the South Korean Center for Disease Control and Prevention (KCDC) said today.

The death toll in the country now stands at 22.

Among the additional cases, 377 are from the southern city Daegu, and 68 are from North Gyeongsang province surrounding Daegu.

Daegu city accounts for 73% of all cases nationwide. When combined, North Gyeongsang and Daegu make up 88% of all cases.

The youngest confirmed patient is a 45-day-old baby, the KCDC said on Sunday.

More than half of the cases in the country are linked to a branch of the Shincheonji religious group in Daegu.

A total of 89 cases of the novel coronavirus have been reported in the United States, as of Sunday night Eastern time. Two have been killed by the virus, both in Washington state.

Here's a state-by-state breakdown of the cases identified within the US:

Read more about the US cases here.