Our live coverage has ended. Go here to read more about the Wuhan coronavirus. 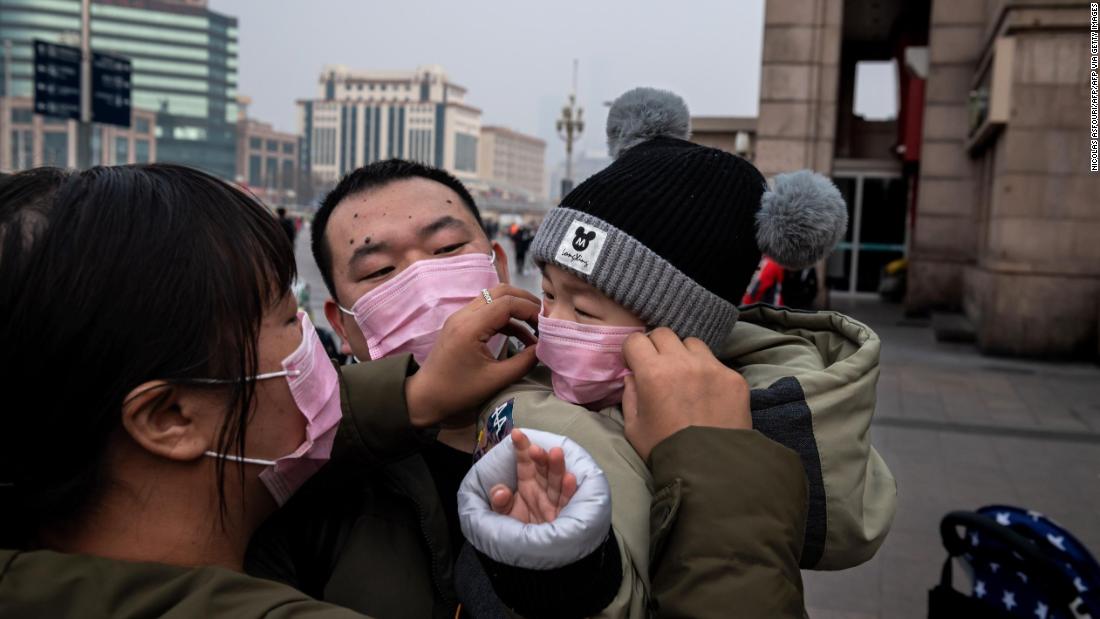 At least 131 people are dead and more than 4,600 cases have been confirmed in mainland China, as the Wuhan coronavirus spreads across Asia.

The virus has also spread globally to more than 17 countries.

A laboratory in Australia is the first outside of China to grow the Wuhan coronavirus from a patient sample, which officials said "will provide expert international laboratories with crucial information to help combat the virus."

Dr. Julian Druce, the head of the Virus Identification Laboratory at the Peter Doherty Institute for Infection and Immunity in Melbourne, said in a statement that "this was a significant breakthrough as it will allow accurate investigation and diagnosis of the virus globally.”

“Chinese officials released the genome sequence of this novel coronavirus, which is helpful for diagnosis, however, having the real virus means we now have the ability to actually validate and verify all test methods, and compare their sensitivities and specificities — it will be a game changer for diagnosis,” Druce said in the statement.

A senior administration official is denying a report that the White House has asked US airlines to suspend flights between the US and China as a way to help contain the spread the deadly coronavirus.

“The White House did not call the airlines and hasn’t asked for a suspension of flights between the US and China,” the official said.

A White House aide said that at a Monday session looking at ways to contain the spread of the virus, the notion of travel restrictions to China was raised. And on Tuesday, Health and Human Services secretary Alex Azar declined to rule out such a possibility, saying nothing was off the table.

Azar also told reporters that he and Trump were "speaking regularly" about the coronavirus outbreak, which has infected close to 6,000 people in China and that he was in daily contact with White House officials.

"The President is highly engaged in this response and closely monitoring the work we're doing to keep Americans safe," Azar said.

A White House source described the attitude toward coronavirus as a "sense of urgency, not panic." Inside the White House, the government's cross-agency response is being coordinated by the National Security Council, with Matt Pottinger, the deputy national security adviser, leading near daily meetings, according to administration officials.

"The full weight of the US government is working on this," a senior administration official said on Tuesday. "As with any interagency effort of this scale, the National Security Council works closely with the whole of government to ensure a coordinated and unified effort."

Three more cases of Wuhan coronavirus have been confirmed in Malaysia, bringing the total number of cases in the country to seven, according to Malaysian state news agency Bernama.

All seven patients are Chinese nationals and the latest cases include a four-year old child, a woman and a 52-year-old man, the health director-general Dr. Noor Hisham Abdullah said.

The woman initially tested negative, but decided to stay in Malaysia with her two children who were tested positive and are receiving treatment at the Sungai Buloh Hospital isolation ward.

The US diplomats and their families traveling on a charter flight from Wuhan, China may be forced to stay isolation between three days and two weeks, a San Bernardino County, California, official told CNN.

Curt Hagman, chairman of the San Bernardino County Board of Supervisors, said authorities are setting up beds, phone chargers and televisions in an isolated, dormant hangar at Ontario International Airport, as they wait to receive a group of US citizens who left Wuhan, China with a final destination to Ontario, California.

Upon arrival in California, the travelers will be offloaded into the hangar on the opposite side of the airport from the public terminals. Hagman said Ontario’s airport was chosen because it’s one of two airports designated by the US government for repatriations on the West Coast.

Hagman said after the travelers are screened for coronavirus during a refueling stopover in Anchorage, Alaska, they’ll be screened again in Ontario. Hagman notes there are no indications any of the travelers have the virus.

His messages to the community: “Don’t panic this is what we’ve been trained for.”

Hagman said they have no idea how long the travelers will be staying, and they are getting ready to have them watch the Super Bowl in an airport hangar if needed.

China has a total of 5,974 confirmed cases of the Wuhan coronavirus, including 132 deaths, as of Wednesday, according to the National Health Commission (NHC).

The number of cases increased by 1,459 from Tuesday. There have been 25 new deaths in Hubei province and one new death in Henan.

The NHC added that Tibet also reported its first case of the virus.

The 206 Japanese nationals arrived on a chartered flight operated by ANA, according to Japanese officials. About 450 more Japanese citizens have not departed yet.

Japanese citizens who live close to the Huanan Seafood Market and highly-populated areas in Wuhan were given priority on first flight. Chinese authorities have said the market is the likely source of the coronavirus.

Medical supplies for the Chinese government, including thousands of surgical masks, safety goggles and 50 protective suits, were also flown into Wuhan.

US Secretary of Commerce Wilbur Ross postponed plans to possibly travel to China this week amid concerns by US officials that the coronavirus was spreading, a department spokesperson said.

Today is Ben Kavanagh’s birthday. The Irishman is teaching psychology in Wuhan and says he should be out at the local Irish bar in the city celebrating with friends.

Tomorrow, he had planned on returning to Europe to do some traveling.

He remembers first hearing about the coronavirus as “a disease similar to SARS” around December 31.

“Sir, can I go, I’ve got SARS,” he remembers one student in his class saying as a joke.

Now, he’s trying to pass the time with Netflix and keeping in touch with friends and family.

Kavanagh is one of 11 million Wuhan residents who are under travel restrictions. They are now essentially quarantined inside the city limits.

Kavanagh went to a nearby supermarket two days ago to get enough supplies: water, pasta, hot dogs, canned food, soy milk and other non-perishables.

Except he’s run of out of face masks, which are essential in preventing him getting the coronavirus.

“I never had enough to begin with and the stores ran out immediately,” Kavanagh says.

He says stores have been trying to restock, but he won’t be going outside until absolutely necessary.

Kavanagh says he doesn’t worry, most of the time.

“When I'm going to sleep my mind wanders and worries,” he says. “I think about how there's 11 million people in the city and not even 1% of them are infected.”