Massive protests broke out in Hong Kong on the 70th anniversary of the founding of the People's Republic of China.

An 18-year-old man who was shot with a live round by police was arrested for assaulting an officer, police commissioner Stephen Lo Wai Chung said.

The man is still receiving treatment in hospital, the commissioner told reporters.

Lo said he believed police, who fired six shots on Tuesday, exercised restraint, but added that they will further investigate. Police will also decide whether to bring charges at a later time.

“The police by that moment didn’t have much choice and time to make decision [to use other less harmful weapons], his colleague was in serious danger, the decision of shooting a live round is therefore legal and reasonable,” Lo said.

Lo criticized demonstrators, saying their only objective was to vandalize and injure citizens.

“Today is a really sad for me," he said. 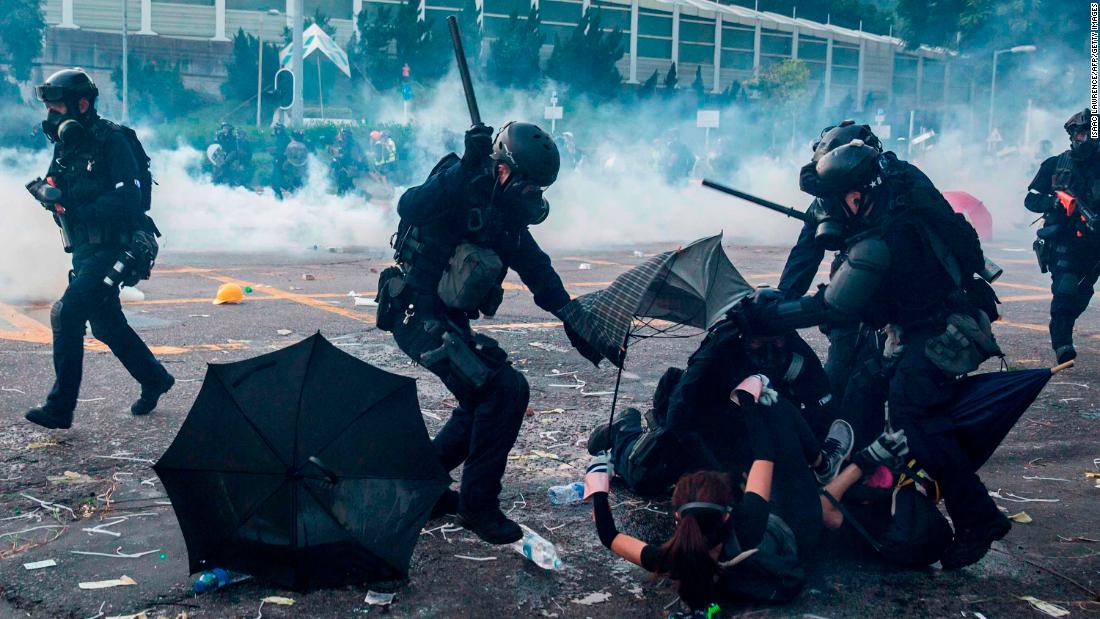 Hong Kong's police commissioner called the day's rallies — which were held on China's National Day — the “most violent scenes” he has seen in the city. At least 25 officers were injured in the protests, he said.

As CNN's Anna Coren was reporting live outside of Hong Kong's Mong Kok police station, officer began firing what appeared to be tear gas at protesters and members of the media.

"They're firing tear gas at the media," she said as the sound of shots rang out. You can watch the moment in the video below.

Earlier, a police pointed a weapon at reporters gathered in the area, she said.

"There was a police officer telling us to move from the corner just there or he was going to shoot us," Coren said.

It was not clear what kind of ammunition was inside the gun.

CNN has emailed police for comment about that incident.

It’s not just protesters who are out tonight: Local residents are on Nathan Road in Hong Kong's Prince Edward. Unlike protesters, they’re not wearing gas masks or any protection — they’re just in T-shirts.

Many are yelling at the police line, taunting the riot police who are equipped with helmets and shields.

“Shoot your gun! You were so brave to shoot the protester,” some taunted, referring to the person who was shot earlier today.

“Shoot all of us!” some yelled angrily.

So far, the police haven’t responded.

The scene in the suburb of Prince Edward in Hong Kong shows how fast things can change.

Earlier, black-clad protesters gathered on Nathan Road. Some sheltered behind umbrellas, while others set off handheld fireworks in the direction of Mong Kok police station — a station that has often been targeted during the protest movement.

Suddenly, that all changed: Riot police charged from both ends of the road, chasing protesters down a side street.

Now, police are asking people to leave Prince Edward, but many bystanders are still milling about.

Here's a look at the scene from earlier today:

A man was shot with a live round as violent protests erupted across Hong Kong on the 70th anniversary of the People's Republic of China today.

This is significant: While it is not the first time police have fired live warning shots, it is the first injury resulting from one since the protests began 17 weeks ago.

This video appears to show the moments before the officer shot a protester:

It's 10 p.m. in Hong Kong and Beijing, the end of a long and eventful National Day that saw both celebration and chaos. 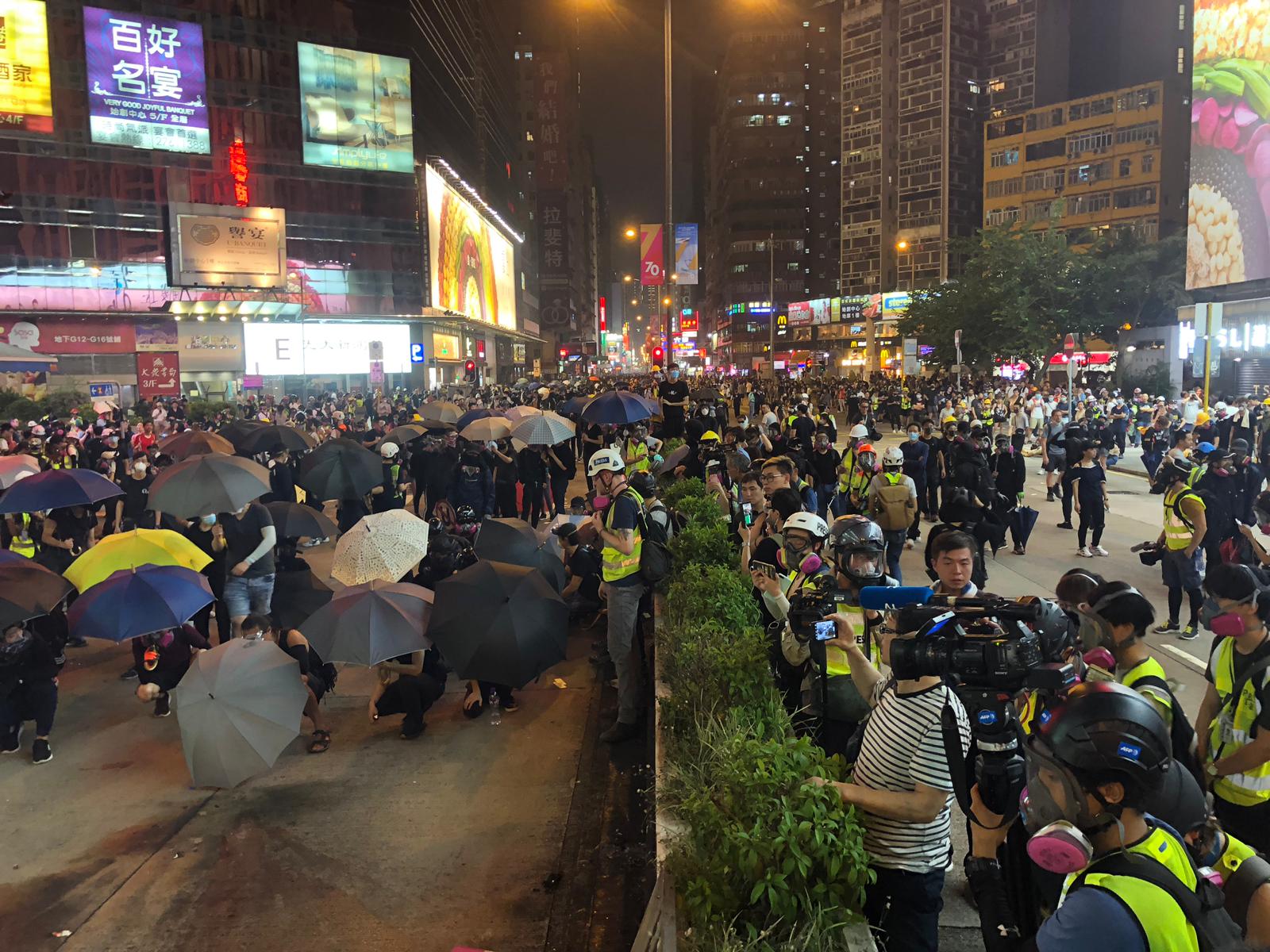 The protests in Hong Kong have thinned out, although a small hardcore group of frontline demonstrators are staying on the streets.

A few hundred black-clad protesters have gathered on Nathan Road in Kowloon districts. But many other districts like Wan Chai, which had been filled with protesters in the afternoon, have been cleared out. Riot police are still spread across the city -- in some places, police and press seem to outnumber the dwindling protesters.

The intensity has also died down slightly. There are still face-offs between the protesters and police happening, as well as arrests being made, but there aren't the violent scuffles and charging attack lines that characterized demonstrations earlier today.