Members of a migrant caravan that formed in Honduras are charting their movement daily.

Organizers have told CNN they still don't know exactly which route they'll take. Much depends on the Mexican government and what routes the caravan is allowed to travel, whether its members are detained or held in certain areas and whether the group is provided with buses to speed their journey.

There's a possibility some members will split off and try to make their own way to the US-Mexico border. Others have decided to stay in Mexico -- or return to their home countries.

Here's what we know about their journey:

Early Wednesday morning the migrant caravan continued their journey north, but travel conditions across three countries proved too harsh for some.

A small group of about 50 people stayed behind, some exhausted and with blistered feet. Others, with children too sick to continue, decided to wait for transportation from the Mexican government to help them return to Honduras. 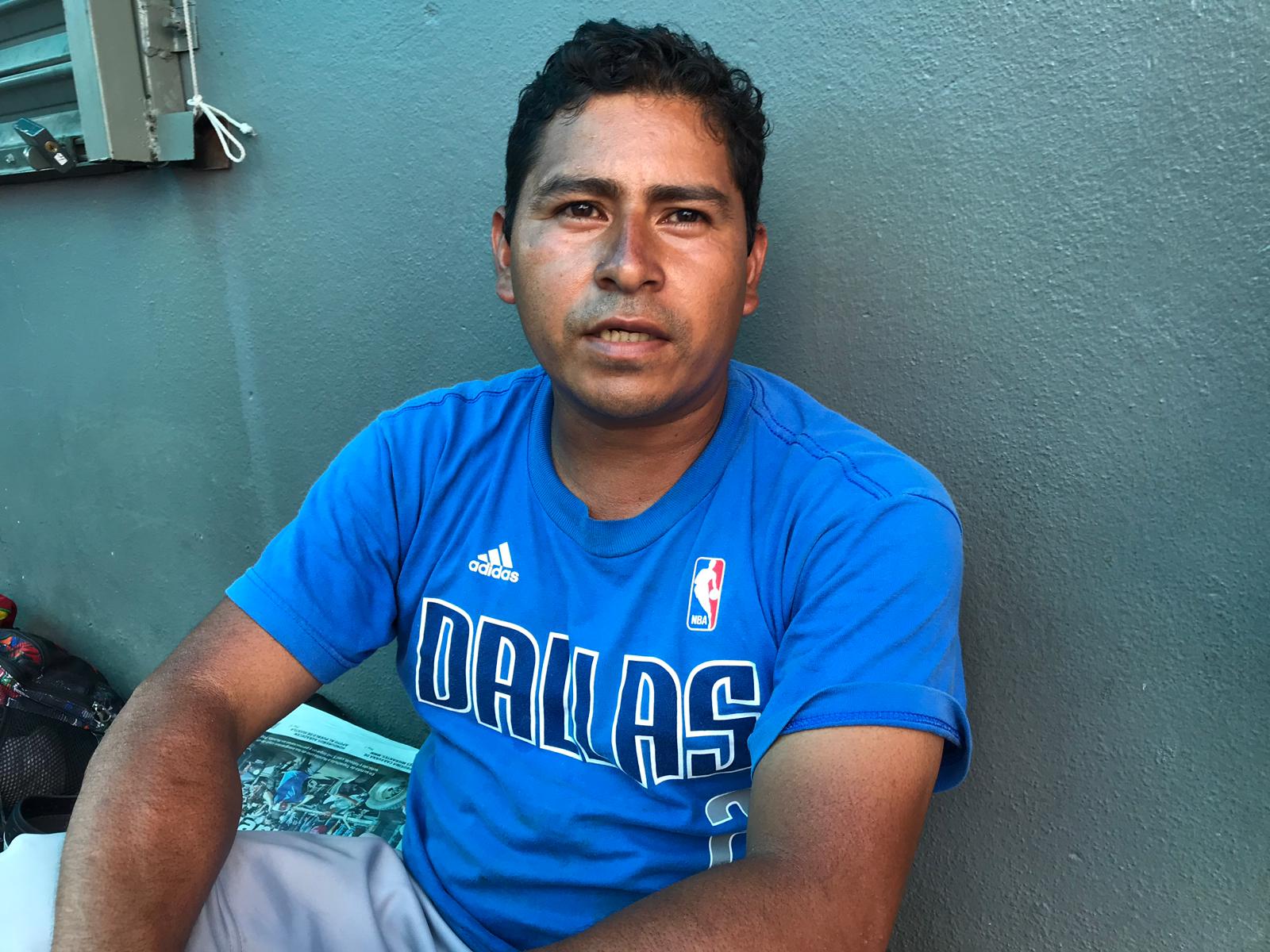 Neri Alexander Manueles, 34, left his family and two kids behind in Honduras to find work in the US.

“I just want to stay three years, enough to help my family” said Manueles, who once worked for the Honduran Red Cross.

Manueles owned a small convenience store but his investment money dwindled and he was forced to pay taxes to the MS-13 street gang, also known as La Mara Salvatrucha.

“You can’t complain about them to anyone because they could be part of the gang. Even the police,” he said.

“I know I’m risking my life but I see my poor family and having to pay the Mara or they might kill me is no way to live," Manueles said.

Asked about President Trump’s remarks that there were bad people in the caravan, Manueles said: “I’m no delinquent. I’ve never even been stopped by the police.” 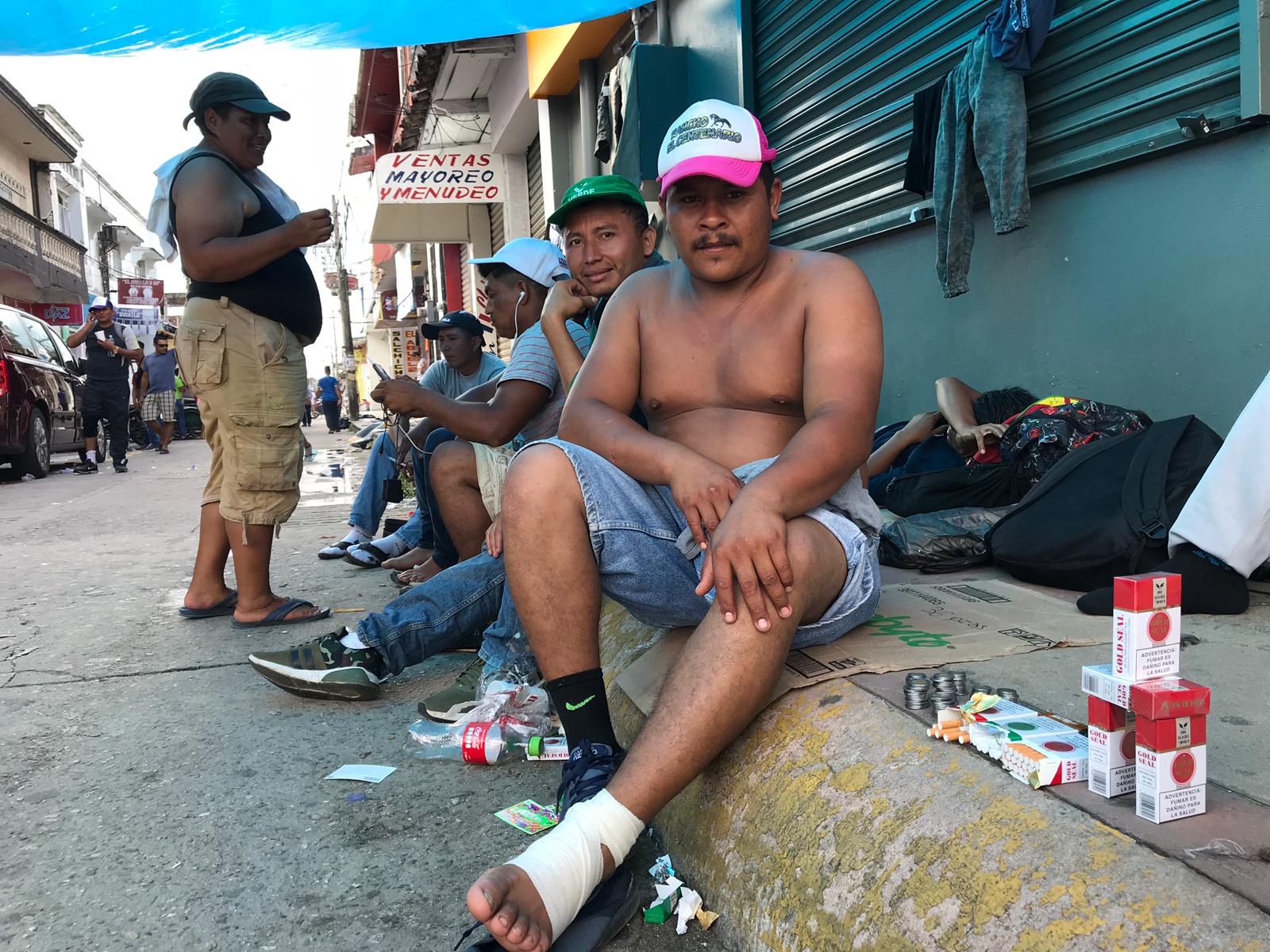 Sam Rivera Maldone left Nicaragua 26 days ago because of the economic turmoil and extortion, he said.

The 27-year-old father of 2-year-old twins said he has many friends who opposed the government and were detained, tortured and released.

Rivera Maldone, who has another set of twins on the way, is now one of thousands of migrants pressing north through Mexico.

He sells cigarettes to make some extra money during the trek.

"At least I’m not out there stealing,” he said.

But the journey hasn't been easy. Rivera Maldone hurt his foot jumping a bridge as police approached.

“I put God first,” he said of his journey.

President Trump, with senior military commanders in the room Tuesday, said he's considering military options beyond just deploying the National Guard to protect the US border.

“Thinking about everything, including the military — not just the National Guard,” he said during a meeting with the military brass.

Asked what legally could be done by the military, he said: “They can do a lot. They’re the military. Right fellows?”

Amnesty International representatives will travel to the southern Mexican state of Chiapas from October 23 to 26 to observe the migrant caravan’s journey, the watchdog said in a statement Tuesday.

They will "document the situation of the migrants, refugees, and people seeking asylum" and observe the response of Mexican authorities, according to the Amnesty International.

“The Mexican authorities must respect everyone’s right to claim asylum and avoid detaining them or using force against people who are only trying to find safety for their families,” Erika Guevara-Rosas, director of the Americas at Amnesty International, said in the statement.

Mexican immigration authorities began processing asylum requests for 2,727 Central Americans who entered the country with the migrant caravan, according to a joint statement released Tuesday by Mexico’s Foreign Ministry and Interior Secretary office.

Here's a breakdown of the asylum requests: 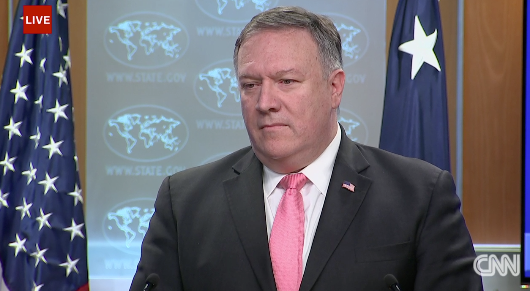 Secretary of State Mike Pompeo defended the administration’s hardline position on the migrant caravan on Tuesday, calling it a security risk.

“From a security standpoint, there is no proper accounting of who these individuals in the caravan are and this poses an unacceptable security risk to the United States,” Pompeo said.

He did not explicitly address the President’s claim about “Middle Easterners” in the caravan.

“The caravan will not cross our southern border illegally under any circumstances,” Pompeo said.

He urged those in the caravan to pursue legal immigration channels, such as applying for refugee status in the US or elsewhere.

“For those who say this is a hard-hearted stance, let’s not forget that the United States is a historically generous nation when it comes to immigration,” Pompeo said.

Asked whether it was “disingenuous” to tell migrants to apply for refugee status when the Trump administration continues to lower its refugee cap, Pompeo deflected about the US’ historic generosity.

“We’re a nation built on laws, we have an obligation — the President has an obligation to protect American sovereignty and to secure our borders, to know who is coming in and out of our country, it’s not only appropriate, it’s a duty of the United States government,” he said.

The US Department of Homeland Security press secretary tweeted Tuesday afternoon that the DHS "can confirm" the caravan contains gang members and criminals, echoing President Trump's repeated claim that "criminals and unknown Middle Easterners are mixed in" the caravan.

Middle Easterners, South Asians, and others are also traveling through Mexico toward the US, tweeted DHS Press Secretary Tyler Q. Houlton. Soon after, DHS spokesperson Katie Waldman clarified that the tweet about non-Central American migrants does refer to the caravan specifically.

Houlton did not offer evidence in his tweets for these claims.

"Stopping the caravan is not just about national security or preventing crime, it is also about national sovereignty and the rule of law. Those who seek to come to America must do so the right and legal way," Houlton added in another tweet.