At least 71 people were injured in Tuesday's clashes and taken to a hospital in Caracas, according to Magia Santi, president of Salud Chacao Medical Center.

Of those 71 people taken to the hospital: 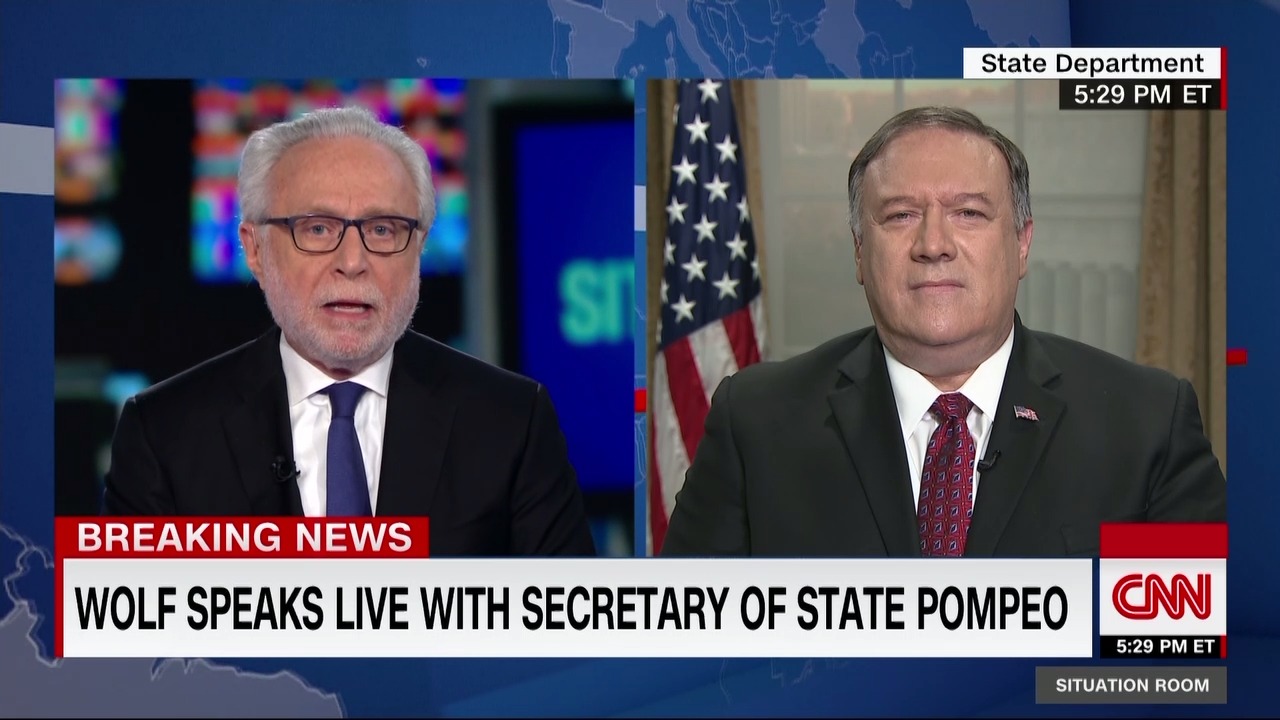 Secretary of State Mike Pompeo, speaking to CNN’s Wolf Blitzer on “The Situation Room” just moments ago, claimed that Nicolás Maduro was preparing to leave Venezuela "this morning" but was talked out of it by the Russians.

“We’ve watched throughout the day, it’s been a long time since anyone’s seen Maduro,” Pompeo said. “He had an airplane on the tarmac, he was ready to leave this morning as we understand it and the Russians indicated he should stay.”

Pompeo later added, "He was headed for Havana."

President Trump threatened that a “full and complete embargo, together with the highest-level sanctions” would be placed on Cuba if the country’s troops don’t stop its military operations in Venezuela.

“Hopefully, all Cuban soldiers will promptly and peacefully return to their island!” the President said in a series of tweets. 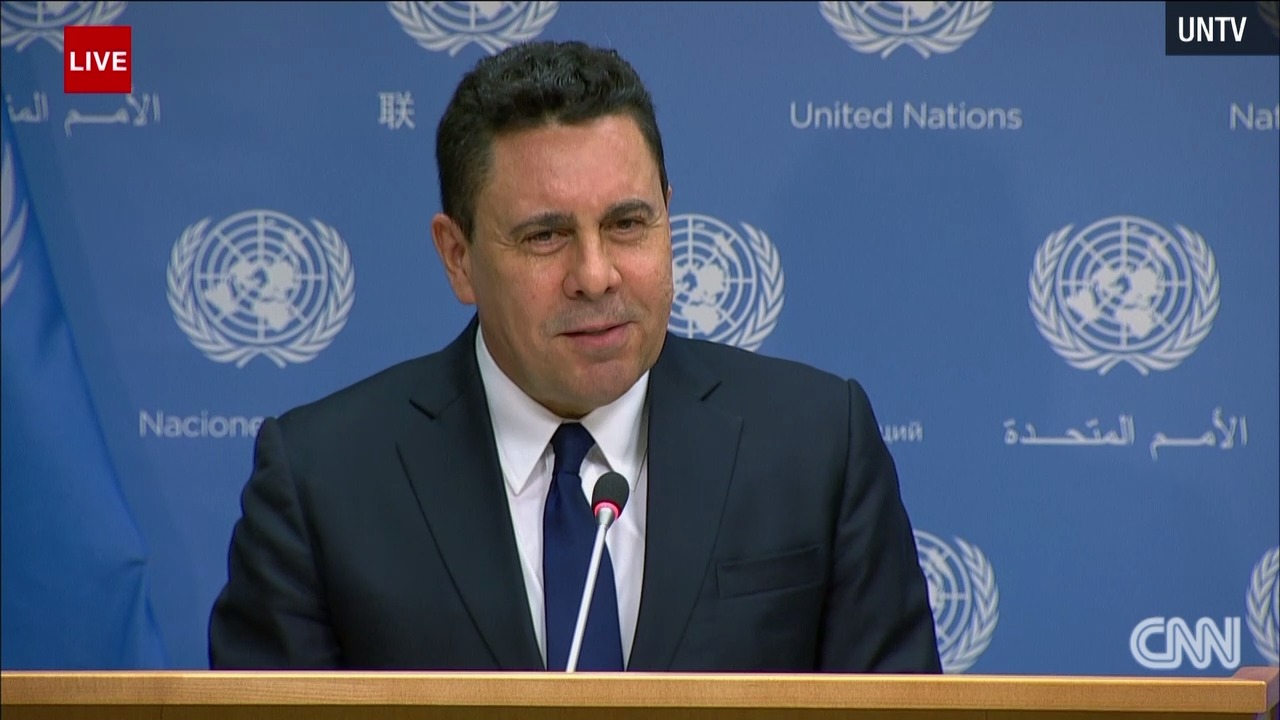 Samuel Moncada, Venezuela’s ambassador to the United Nations, called out lawmakers and heads of states for backing opposition leader Juan Guaido, saying they were complicit in destabilizing the country.

He also claimed the uprising was "attempt by foreign powers to spark a civil war."

CNN has been taken off the air in Venezuela by the government.

CNN obtained a video that appears to show the exact moment it was taken off the air by the Venezuela government.

Comparing CNN's recording of its broadcast to the viewer's recording, it appears CNN's signal was cut around 11:44 a.m. local time.

That means CNN was taken off the air about one minute after it broadcast a live feed showing Venezuelan military vehicles running over protesters outside the La Carlota military base in Caracas.

Once the signal was cut, a message appeared, in Spanish, on the screen that read, "Program not available due to restrictions from the channel provider," and then directed viewers to a website.

Fifty-two people were injured in clashes and taken to a hospital in Caracas, according to Magia Santi, president of Salud Chacao Medical Center.

Of those 52 people taken to the hospital:

National security adviser John Bolton said the US doesn't consider the situation in Venezuela to be a coup because it sees opposition leader Juan Guaido as the country's leader.

President Trump and his administration have recognized Guaido as the legitimate president of Venezuela since January.

"This is clearly not a coup," Bolton said Tuesday. "We recognize Juan Guaido as the legitimate interim president of Venezuela and just as it's not a coup when the President of the United States gives an order to the Department of Defense, it is not a coup for Juan Guaido to try and take command of the Venezuelan military."

National security adviser John Bolton said the Trump administration sees the clashes in Venezuela "as a potentially dispositive moment in the efforts of the Venezuelan people to regain their freedom."

"This is obviously a very serious situation," Bolton said.

Bolton said President Trump "has been monitoring it minute-by-minute throughout the day as have his advisers."

Bolton stressed the importance of getting "key figures in the (Maduro) regime" to back opposition leader Juan Guaido and "make good on their commitments to achieve the peaceful transfer of power."

Bolton in particular called out the Venezuelan defense minister and chief justice of Venezuela's supreme court.

"We think it is still very important for key figures in the regime who have been talking to the opposition over the last three months to make good on their commitments to achieve the peaceful transfer of power from the Maduro (sic) to interim president Juan Guaido," he said.

"Let me say two things to be very clear. Number one, we want as our principal objective, a peaceful transfer of power and I will say again as the president said from the outset, that Nicolás Maduro and those supporting him, particularly those not Venezuelan should know all options are on the table."