Satellite images show what the record-setting wildfires burning in Brazil look like from space.

The European Space Agency’s Sentinel satellite captures the image above. It shows just one of the wildfires burning near Conselvan, Brazil, according to Maxar technologies.

Another image from NASA used their MODIS sensor, which helps to detect wildfires and heat sources. This image shows how many fires were burning on Tuesday: 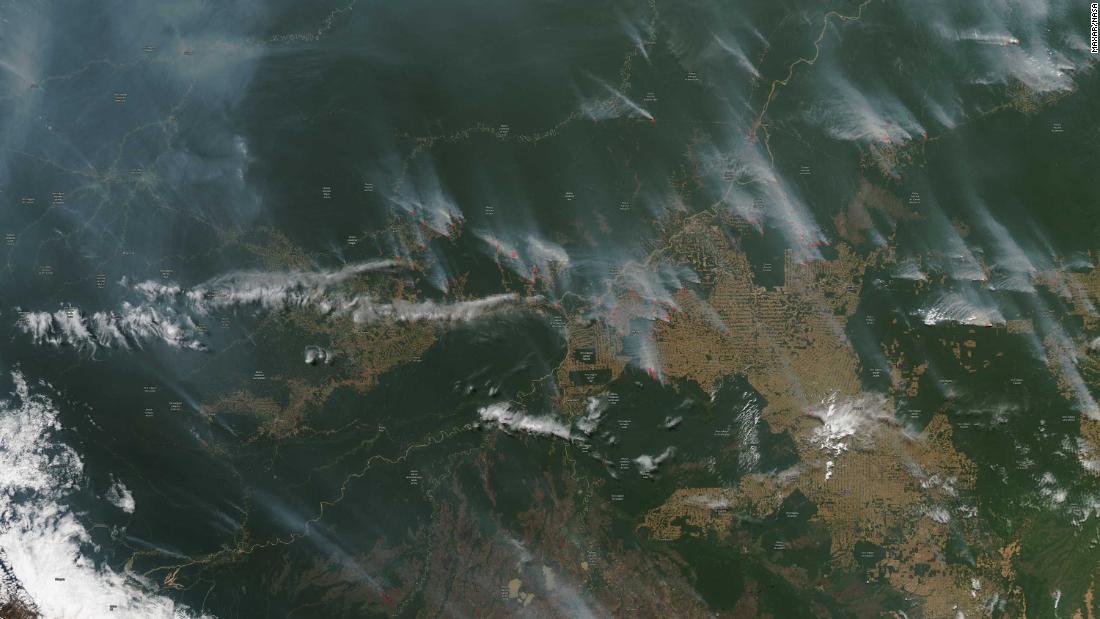 The Amazon is burning — and humans are likely to blame.

Environmental organizations and researchers say the wildfires blazing in the Brazilian rainforest were set by cattle ranchers and loggers who want to clear and utilize the land, emboldened by the country's pro-business president.

"The vast majority of these fires are human-lit," said Christian Poirier, the program director of non-profit organization Amazon Watch. He added that even during dry seasons, the Amazon — a humid rainforest — doesn't catch on fire easily, unlike the dry bushland in California or Australia.

Farmers and ranchers have long used fire to clear land, said Poirier, and are likely behind the unusually large number fires burning in the Amazon today.