Our live coverage of this story has ended. You can read more here.

The White House said the Biden administration is “deeply alarmed” about the coup unfolding in Sudan.

“The United States is deeply alarmed at reports of a military takeover of the transitional government. We reject the actions by the military and call for the immediate release of the prime minister and others who have been placed under house arrest,” White House principal deputy press secretary Karine Jean-Pierre told reporters aboard Air Force One.

Jean-Pierre called the actions in “stark opposition to the will of the Sudanese people” and reiterated calls for a “democratic transition in Sudan.”

She did not directly address a question as to whether President Biden had been briefed on the matter.

Where things stand in Sudan: As CNN has reported, the country's prime minister has been arrested in a military takeover and taken to an undisclosed location, a senior adviser said. A military officer dissolved Sudan's ruling council and transitional government, and declared a state of emergency across the country.

The coup has been condemned by the United Nations, and the US Embassy in Sudan is advising US citizens “to shelter in place and remain aware of their surroundings” following the coup.

In a security alert posted Monday, the Embassy said it “has received reports that armed forces are blocking certain areas in and around Khartoum” and “internet in Khartoum is non-functional.”

United Nations Secretary General António Guterres condemned the ongoing military coup in Sudan, and called for the release of the prime minister and other officials, he said in a tweet Monday

He said the UN would "continue to stand" with the people of the country.

“I condemn the ongoing military coup in Sudan. Prime Minister Hamdok & all other officials must be released immediately. There must be full respect for the constitutional charter to protect the hard-won political transition. The UN will continue to stand with the people of Sudan.”

An aide and office director of Sudan’s now-arrested Prime Minister Abdalla Hamdok told CNN that the premier was aware of army plans and was under pressure to dissolve the government.

The adviser, Adam al-Hireika, said that he visited Hamdok on Sunday evening where he discussed the current state-of-affairs. Hamdok had just met with army chief Gen. Abdel Fattah al-Burhan, who declared the coup on state-TV on Monday.

“I say he was cautiously optimistic that there was an opening for agreement, but I think the military side wanted him to dissolve the government and he insisted on not unless there is a process and there is an agreement between political parties,” he told CNN’s Becky Anderson.

“This morning, when I heard about what happened I went to the PM’s residence, he is my boss and friend. I went to his residence unfortunately he wasn’t there. His wife and him were taken to an unknown destination by soldiers,” he added.

Burhan said in a statement that power-shared council and government were dissolved and declared a state of emergency after a balanced power-sharing agreement with the civilian component “became a conflict” over the past two years, “threatening peace and unity” in Sudan.

“What, General Burhan mentions in his address, actually what most of a lot of it was agreed between the two parties, but as the PM stood very strongly against dissolving the government without a process. I think that was the biggest issue of contention,” Hireika said.

Hireika warned of a civil war in Sudan if there was a return to military rule.

“Well, I think the bigger picture, a return to military rule will mean more civil war in Sudan and instability in the region as a result,” he added.

Amnesty International has urged the authorities in Sudan "to respect human rights" following the arrest of the country's Prime Minister Abdalla Hamdok and other officials in an apparent coup.

"We are concerned by the escalating tensions in Sudan following the reported arrest of the Prime Minister and other civilian leaders and the imposition of an internet shutdown," Amnesty International said in a post to Twitter on Monday.

Amnesty International "calls on the authorities in Sudan to respect human rights—including the right to life, right to freedom of association, expression and assembly, both offline and on the internet. The right to peaceful protest must be respected, now more than ever."

In a military takeover on Monday morning, Sudan's armed forces dissolved a governing council that included civilians and detained the prime minister and other civilian officials, endangering the country's transition to democracy. 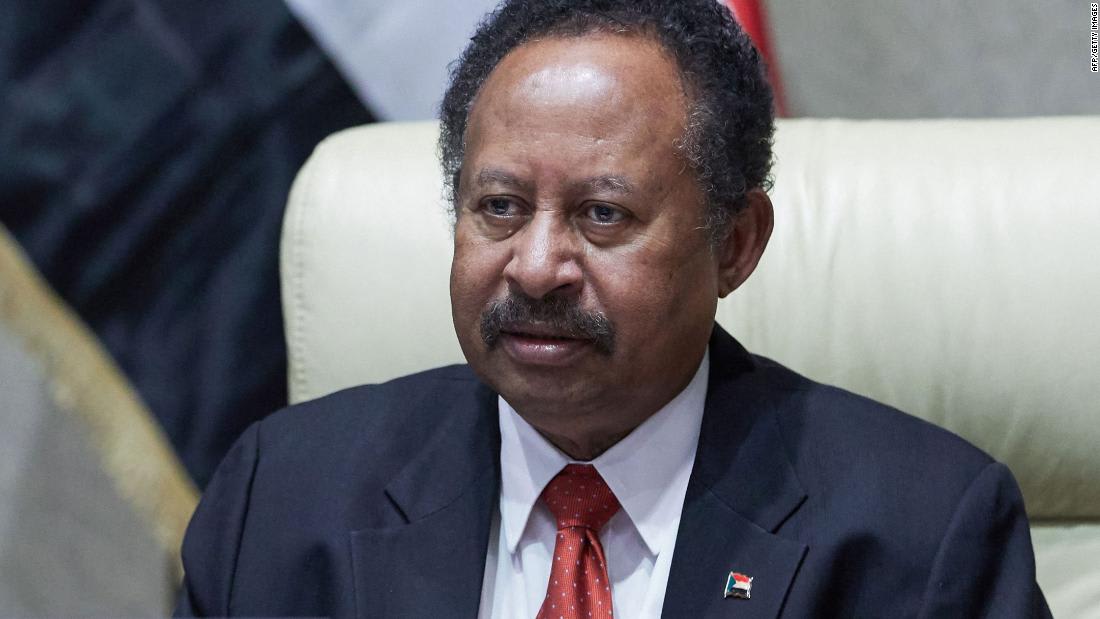 Sudan’s military dissolved its power-sharing government and announced a state of emergency on Monday, after soldiers arrested Prime Minister Abdalla Hamdok, his wife and other senior civilian officials, throwing the country into the biggest crisis of its two-year-old democratic transition.

The military takeover comes after weeks of deepening political chaos in the country, where military and civilian groups have been sharing power in an uneasy alliance, dubbed the Sovereign Council, since the ouster of former president Omar al-Bashir in 2019.

The triumphant mood that swept the nation after Bashir’s removal -- ending his brutal three-decade-long rule -- has soured, with tensions over power-sharing boiling over into protests and contributing to instability.

Tensions ratcheted up as politicians, including Hamdok, pushed for a full transition to civilian rule by November 17.

In the weeks since, military leaders have been demanding reforms to the Forces of Freedom and Change (FFC) coalition and the replacement of the cabinet. Civilian leaders accused them of a power grab.

Throngs of Sudanese protesters took to the streets last Thursday to demand that the transition agreed after the 2019 pro-democracy movement be honored and an elected government be delivered to the people.

Sudan’s head of the armed forces said the power-sharing agreement with civilian members of the country's transitional sovereign council “became a conflict” over the past two years, “threatening peace and unity” in Sudan.

“This has caused the military, as the founding authority of the [transitional phase], and stemming from the national responsibility, to protect the safety and security of this country,” General Abdel Fattah al-Burhan, who headed up the council, said.

“We felt an obligation as the military, the Rapid Support Forces and other security apparatus in the country to see the danger, and take steps to protect the advantages of December’s Revolution,” Burhan added.

German Foreign Minister Heiko Maas called for an immediate end to the attempted coup in Sudan, in a statement published Monday.

"The reports about another attempted coup in Sudan are distressing, the attempt is to be clearly condemned," the statement reads.

"I call on everyone, who is responsible for security and state order in Sudan, to continue the peaceful political transition process towards a democracy in Sudan and to respect the will of the people. This attempted coup has to be stopped immediately.”