With the arrival of December, the year is drawing to a close – and some might say not a moment too soon. What does 2023 hold in store for us? Well, it appears the future looks bright … magenta to be exact.

• Former President Donald Trump called for the termination of the Constitution to overturn the 2020 election and reinstate him to power Saturday in a continuation of his election denialism and pushing of fringe conspiracy theories.

• Beijing has set up more than 100 so-called overseas police stations across the globe to monitor, harass and in some cases repatriate Chinese citizens living in exile, using bilateral security arrangements struck with countries in Europe and Africa to gain a widespread presence internationally, a new report shared exclusively with CNN alleges.

• OPEC and its allies decided today to stick with their existing policy of curtailing oil output, just hours before new Western sanctions on Russian crude exports come into force.

• Lionel Messi scored in what was the 1,000th game of his storied career as Argentina beat Australia 2-1 on Saturday to advance to the World Cup quarterfinals.

It’s the start of National Influenza Vaccination Week, an annual observance in December to remind everyone 6 months and older that there’s still time to get vaccinated against flu – especially children and adults whose chronic health conditions put them at higher risk.

The final undecided Senate race of 2022 will be settled as Georgia voters head to the polls for the runoff election pitting Democratic Sen. Raphael Warnock against Republican challenger Herschel Walker. Warnock holds a narrow lead over Walker among those likely to vote in the runoff, according to a new CNN Poll conducted by SSRS. Warnock finished narrowly ahead of Walker in November but without the majority needed to avoid a runoff.

December 7 marks 81 years since the Japanese attack on the US Navy base at Pearl Harbor in Honolulu, Hawaii.

Louisiana will hold a runoff election for a seat on the Louisiana Public Service Commission. Climate activist Davante Lewis of Baton Rouge is trying to unseat Lambert Boissiere III, a member of a prominent New Orleans political family who chairs the commission. Both men are Democrats.

December 10 is also World Human Rights Day, a day to commemorate the adoption of the Universal Declaration of Human Rights in 1948.

Hear why protesters took to the streets in China

In this week’s One Thing podcast, CNN International Correspondent Selina Wang checks in from Beijing, where mass protests against Covid lockdowns led to the relaxation of some aspects of the country’s zero-Covid policy. She looks at how that policy has impacted ordinary citizens and whether the protests could spark even greater change. Listen here for more.

The week in 32 photos

“The Whale” stars Brendan Fraser as a reclusive, obese teacher who is trying to reconnect with his estranged teenage daughter Ellie (Sadie Sink from “Stranger Things”). Fraser, whose film credits have thinned in recent years after he enjoyed action star status in the “Mummy” franchise two decades ago, received a prolonged standing ovation for his turn in “The Whale” at the Venice Film Festival in September. The film, directed by Darren Aronofsky, hits theaters on Friday.

The Round of 16 got underway Saturday and continues through Tuesday. Later this morning, reigning champion France takes on Poland, and then England will play Senegal. The quarterfinals are set to begin on Friday. CNN is providing special coverage of the World Cup 2022 in Qatar through the final match on December 18.

Take CNN’s weekly news quiz to see how much you remember from the week that was! So far, 77% of fellow quiz fans have gotten eight or more questions right. How will you fare? 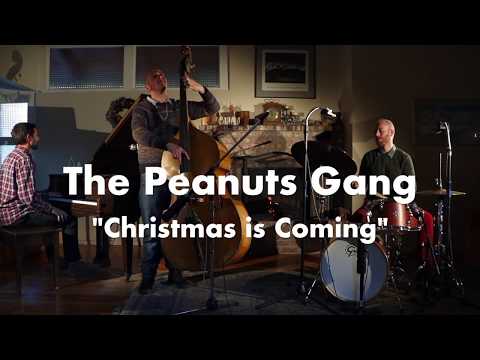 Here’s a little something to enjoy while you untangle strings of holiday lights and unpack broken ornaments. (Click here to view)