A monstrous trio of tornadoes, damaging winds and hail are expected to create challenges across the Southeast and Mississippi Valley today as more than 40 million people are under severe weather threats. CNN’s storm tracker and current satellite images show areas of Mississippi and Louisiana have the greatest potential for severe weather in the coming hours.

The Senate will vote today on final passage of a bill to protect same-sex and interracial marriage. The bill has bipartisan support and is expected to pass. The House would then need to approve the legislation before sending it to President Joe Biden’s desk to be signed into law. Supporters of the bill are eager to pass the legislation through the House before the end of the year with Republicans set to take control of the chamber in January. The bill would not set a national requirement that all states must legalize same-sex marriage, but it would require individual states to recognize another state’s legal marriage. So, in the event the Supreme Court might overturn its Obergefell v. Hodges decision that legalized same-sex marriage in 2015, a state could still pass a law to ban same-sex marriage, but that state would be required to recognize a same-sex marriage from another state.

US and Iranian soccer players will take the pitch for a critical World Cup match today at 2 p.m. ET. At this stage of the tournament, the US Men’s National Team must win or will be eliminated. It will also be a match charged with political tension as the two countries have had no formal diplomatic relations since 1980. This week, Iran’s state media called for the US to be kicked out of the World Cup after US Soccer changed Iran’s flag on its social media accounts to show support for the protesters in Iran. Additionally, a security source said Iran threatened families of its own national soccer team with imprisonment and torture if the players fail to “behave” ahead of the match today. The warning came after Iranian players refused to sing the nation’s national anthem in their opening match against England on November 21 to support the protest movement against the country’s regime.

Video Ad Feedback
He was imprisoned in Iran. Hear why he's still rooting for them in the World Cup
03:47 - Source: CNN

President Biden has called on Congress to pass legislation “immediately” to avert a freight rail shutdown that would “devastate the economy.” The looming rail strike, which could begin as early as December 9, would cause product shortages, spiking prices and factory production issues. Additionally, a strike could cost the US economy $1 billion in its first week alone, according to a new analysis from the Anderson Economic Group. Democratic leaders say they could act as soon as this week by officially adopting a September tentative agreement approved by labor and management leaders. While the railroads say they are hopeful that a strike by more than 100,000 union members can be avoided, they have so far rejected the demands that union negotiators say their members want – including new terms for paid sick days and better working conditions.

Hawaii’s Mauna Loa, the world’s largest active volcano, is erupting for the first time in nearly 40 years. Lava is flowing down one side of the volcano but there is no indication of a threat to nearby communities, and no evacuation orders have been issued, the US Geological Survey said. “All indications are that the eruption will remain in the Northeast Rift Zone,” the agency said in an advisory, referring to an area where a volcano is splitting, allowing for lava flow. Ash is now accumulating on the island, prompting some airlines to temporarily suspend service. Red hues from the eruption also illuminated the sky Monday, according to footage captured by Matthew Liano, a resident of Kailua-Kona. “The glow is like nothing I’ve seen here living in Kona for most of my life,” Liano told CNN.

Elon Musk on Monday claimed that Apple has “threatened” to pull Twitter from its iOS app store, a move that could be devastating to the company Musk just acquired for $44 billion. “Apple has also threatened to withhold Twitter from its App Store, but won’t tell us why,” Musk said in one of several tweets taking aim at Apple and its CEO. In another tweet, Musk claimed that Apple has mostly stopped advertising on the platform and called out the 30% transaction fee Apple charges large app developers to be listed in its app store. Removal from Apple’s app store, or that of Google, would be detrimental to Twitter’s business, which is already struggling with a loss of advertisers following Musk’s takeover and a rocky initial attempt at expanding its subscription business.

The Christmas trees are up and the presents are wrapped! First lady Dr. Jill Biden chose “We the People” as the theme for the seasonal White House holiday decorations. Here are pictures of the rooms.

Merriam-Webster announces word of the year

The online dictionary chose this word after searches for the term increased a staggering 1,740% in recent months.

Balenciaga is facing backlash from celebrities and critics after the luxury fashion house featured children in a controversial advertising campaign.

You can improve your memory by eating these foods, study says

That’s how far NASA’s Orion spacecraft has traveled from Earth, setting a new record on Monday for the maximum distance a spacecraft designed to carry humans has ever traveled. According to the agency, the previous record was set during the Apollo 13 mission in 1970. The Orion spacecraft is at the core of NASA’s ambitious Artemis missions, which aim to return humans to the moon in 2025.

“President Trump was wrong to give a White nationalist, an antisemite and Holocaust denier a seat at the table, and I think he should apologize for it.”

– Former Vice President Mike Pence, condemning former President Donald Trump for hosting Holocaust denier Nick Fuentes and embattled rapper Kanye West at his Mar-a-Lago estate, a week after announcing a 2024 presidential run. In a NewsNation interview, Pence said Trump “demonstrated profoundly poor judgment” by extending the invitations and urged his former boss to denounce the two individuals. The comments from Pence join a chorus of intense criticism from members of the Republican party aimed at Trump in recent days. 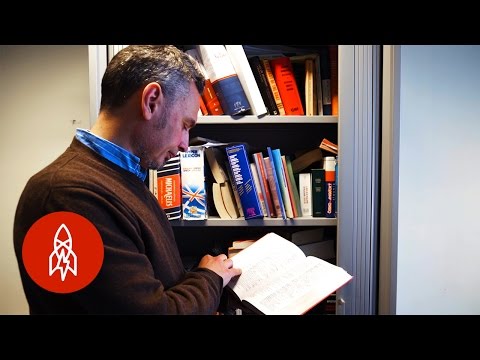 And it gets even more interesting: he also dreams in dozens of different languages too. (Click here to view)