Fans of the TV blockbuster “Yellowstone” are in for a treat after Paramount + released a preview of the upcoming prequel “1923” – starring Harrison Ford and Oscar-winner Helen Mirren.

The official trailer, which runs at 90 seconds long, promises high drama when the second installment of the “Yellowstone” origin story premieres on December 18 in the US and Canada and the following day in the UK and Australia, 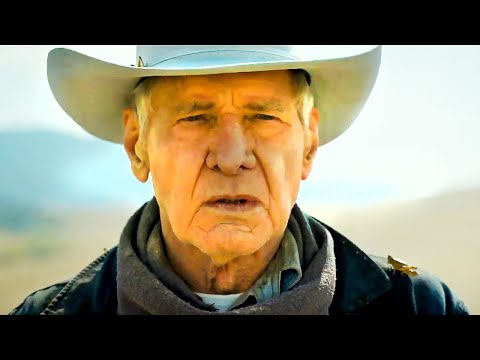 Created by actor and filmmaker Taylor Sheridan, “1923” is the next chapter in the tale of the Dutton clan, introducing a new generation of the family led by patriarch Jacob (Ford) and matriarch Cara (Mirren).

'Yellowstone' is back, as the Kevin Costner series takes a sharper turn into politics

According to a statement issued by Paramount+, “the series will explore the early twentieth century when pandemics, historic drought, the end of Prohibition and the Great Depression all plague the mountain west, and the Duttons who call it home.”

“Yellowstone,” which follows the lives and drama of the modern-day Dutton family, owners of the largest ranch in Montana, has been a massive hit for Paramount+ and stars another movie star, Kevin Costner.

The much-anticipated “1923” follows on the success of another “Yellowstone” spinoff – “1883” – which stars real-life spouses Tim McGraw and Faith Hill, along with Sam Elliott. It tells the story of how the family came to own Yellowstone ranch.

'1932' adds Helen Mirren and Harrison Ford to the cast

Speaking with an Irish accent, Mirren, 77 – who won an Academy Award in 2006 for her role in “The Queen” – looks set to be a formidable opponent for those trying to take over her family’s land.

In one scene in the trailer, she warns: “Men kill quick with a bullet or a noose. But the fight is with me and I kill much slower.”

Her on-screen husband, Ford, 80, appears equally intimidating, growling: “You attack my family, it’s gonna be the last thing you ever do.”

The show, which also stars former James Bond actor Timothy Dalton as the couple’s villainous “neighbor” Donald Whitfield, was originally set to be called “1932,” but it was reworked to encompass the end of World War I and the start of Prohibition.